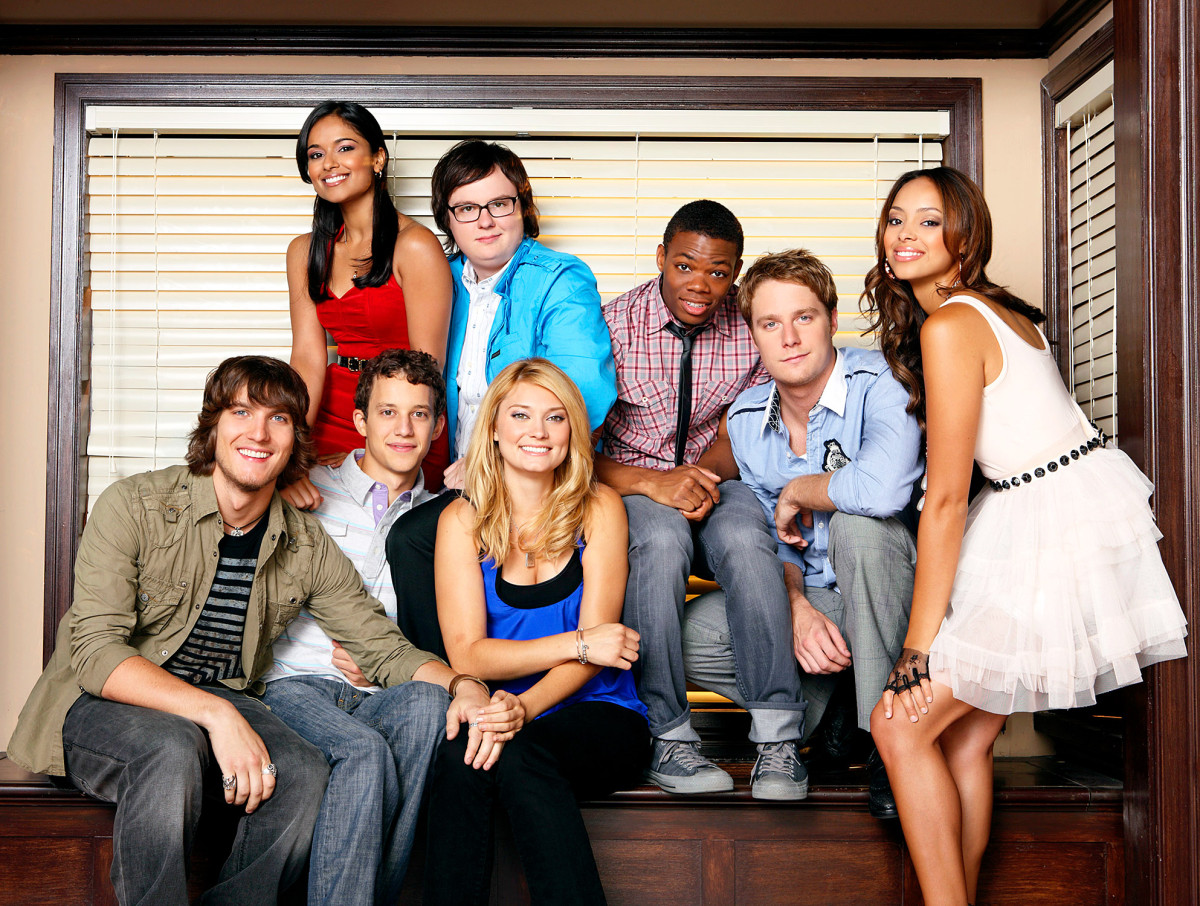 How many of you were in college in 2007? I was fresh off of my freshman year at San Francisco State University when Greek first premiered on ABC Family (now Freeform), and from the pilot on, I would spend my Monday nights in my overpriced San Francisco apartment, drinking cheap beer and smoking even cheaper weed while waiting for the words, “Previously, on Greek”. As Greek life is about tradition, I had my own of watching every genuinely awesome episode — season — for five years, and what a tradition it was. Such good ole days.

So, for this, my first Fandom Flashback entry, I’m flashing back to my (perhaps all-time) favorite obsession (and all its synonyms) and telling you why I give Greek an A(lpha) plus.

The series follows nine students of the fictitious Cyprus-Rhodes University, located in the just-as-fictitious Cyprus, Ohio, who participate in the Greek system. For a show that fell into the stereotypes of college life and the romanticizing of party culture, Greek shouldn’t have been as good as it was. But, throughout its too-short, five-year run, it succeeded as ABC Family’s best show and the last of its kind.

It’s not the story itself that makes the show beautiful — Greek Row’s it girl Casey (Spencer Grammer) and her love triangles, with a childish, lazy, unreliable, unpredictable, unambitious frat guy named Cappie (Scott Michael Foster) at the point of each of them — it’s the way the story is told that sets it apart from all other teen/YA dramas.

The writing is seamless and isn’t in the least contrived, and the beginning and ending of both per season and the series as a whole, were bookended perfectly — a rare feat in storytelling, at least in these days. The continuity is impressive, the dialogue is witty, and the attention to pop culture detail is as keen as my own. (E.g., Olesya Rulin has a hilarious nod to High School Musical in the third season!) Add in to the mix Casey’s fish out of water brother Rusty (Jacob Zachar) rushing Cappie’s fraternity and developing a friendship with his (biological) big sister, and you’ve got an honest interpretation of the real college deal.

My taste in music has always been eclectic, but during my college years, I listened to more pop rock and reggae than anything else. And so, if you listen to the songs in the background of every episode of Greek, our tastes were completely aligned.

From Marié Digby, to The Expendables, the show’s soundtrack mirrored exactly what was in my very exhaustive iTunes library at the time. Bonus points for even getting the Plain White T’s to perform at some of those epic Kappa Tau parties (and, sometimes, appear as one-line KT brothers)!

But perhaps the biggest treat of all was hearing Scott’s real-life band, Siren’s Eye, in the background during Calvin’s (Paul James) birthday party (sixth episode of the final season)! I love when actors turned musicians get the opportunity to plug their music on their show. Raise your hand if you still have a copy of their EP! [raises hand shamelessly]

Each character, whether you love them or love to hate them, brings something complex to the show on their own, but their connection to one another is what has us really invested (more in the next subheading).

Nevertheless, each of the main cast of Greek is appealing, and you feel a connection between them all and yourself … well, okay, maybe not Frannie (Tiffany Dupont). Like Rusty, for example, I was also an amalgam in college — a geek and a Greek.

And who wouldn’t want to be friends with/date Cappie? He stole the show, and had the best lines and best character development I’ve seen to date. His journey from being a Peter Pan to being more of an adult was just so beautifully written that I couldn’t help but fall in love with his story. Apparently, I’m attracted to men whom are called “Cap” (see: Captain America).

This show doesn’t just have memorable regular characters — the recurring characters are just as. Take Beaver (Aaron Hill), for example. He’s the kind of adorably dumb (in an endearing way) character you root for, and the kind with moments of brilliance you don’t see coming. The fourth episode of the fourth and final season is probably one of the best episodes of the series, thanks to it being a Beaver-centric episode. (He even sings the title sequence!)

The characters of Greek may have been nearly polar opposite one another, but they made for some of the best friend combinations, ever, especially Casey and Ashleigh, and Rusty and his big brother/future brother-in-law Cappie. However, the on and off friendship between Cappie and Evan (Jake McDorman) is what made the show.

Cappie and Evan being the two-thirds of the main (but short-lived) love triangle with Casey is the catalyst for their series-long rivalry, and while you find yourself rooting for them to be friends again, you can’t help but appreciate their fighting, for it’s their drama that makes great comedy, and Greek is undeniably great comedy. Not to mention, Scott and Jake are best friends in real life — the adorable rapport between them makes their scenes together that much more priceless. They obviously have a lot of fun playing off of each other.

But while the friendships (on- and off-screen) are an added bonus, the romances hold more importance. Greek beautifully explores the love between couples like Ashleigh and Rusty, and Cappie and the (two significant) women in his life — both of whom I personally ship, actually.

Firstly, there’s Cappie with Rebecca. They spent a good chunk of the first season together, and while they made you think that Rebecca was only dating Cappie to get to Casey, you learn that Rebecca actually liked Cappie. Also, Cappie actually made her likable. Even when they broke up and were just friends, Rebecca was just a better person when Cappie was around. Oh, and they were cute.

If I wasn’t so into this next couple, Cappie and Rebecca would probably be my OTP.

That said, while my time on board the Cappie and Rebecca ship was fun, no ship can (possibly ever) beat Cappie and Casey. Not only are they my OTP of the show, they’re (at least at the moment) my OTP of all OTPs.

A lot of their on-screen chemistry has to do with Scott and Spencer’s off-screen one, but that’s what makes Cappie and Casey (or any ship, really) so … well, shippable. Scott and Spencer made Cappie and Casey the cutest, most deeply connected fictional couple ever created, thanks to their non-fictional relationship. Gossip Girl’s Blair and Nate (well, in the books — not that that’s going to stop me from picturing Leighton Meester and Chace Crawford) are mere lust compared to the never-ending love between Cappie and Casey.

From the second they met, Cappie and Casey were drawn to each other, and despite the fact that Evan met her first, she still chose Cappie. Evan may be the “ideal” kind of man to Casey, but Cappie was the one who got under her skin.

I mean, come on. (Okay, yes, it was kind of a douche move on Cappie’s part, but there’s more to the story, damn it.)

Now if the clips below don’t scream endgame (and sweetest, most romantic guy on the planet):

After all those, how could you not ship them?

Just watch the show — I promise, the story of Cappie and Casey, and all of Greek, will be well worth your (quarantine) time. Then, when you’re done, @ me, because trust me, you’re going to want to Greek out with someone, and that someone might as well be me since I can’t seem to stop talking about this show.