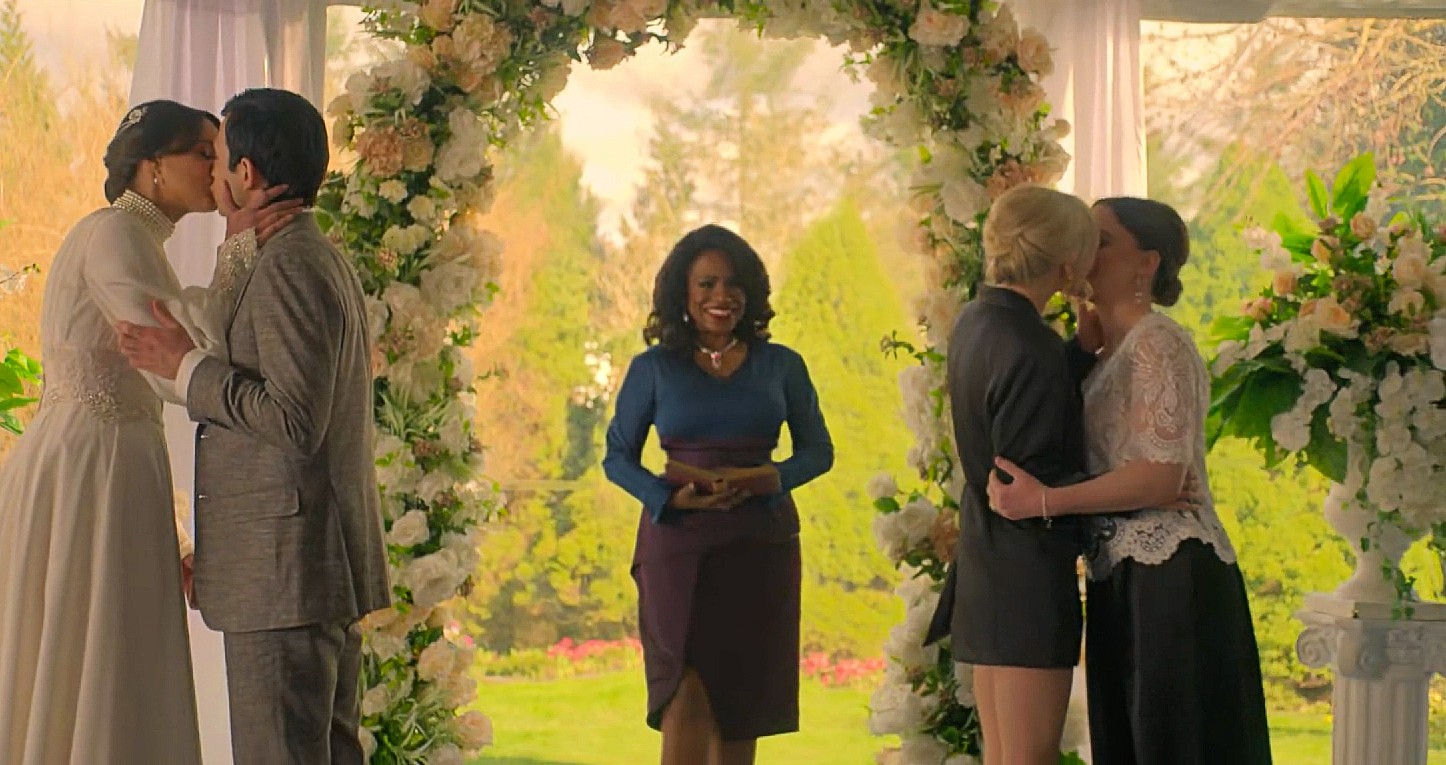 Last week on MFS (review here), the unit turned themselves over unable to bear anybody else getting killed for their sake. This week, Abigail, Raelle, Scylla, and Tally face a witch trial, which is led by The Camarilla. Each of them dreams of a better and brighter future that comes sooner than they expected. A double wedding and reunions fill this episode! 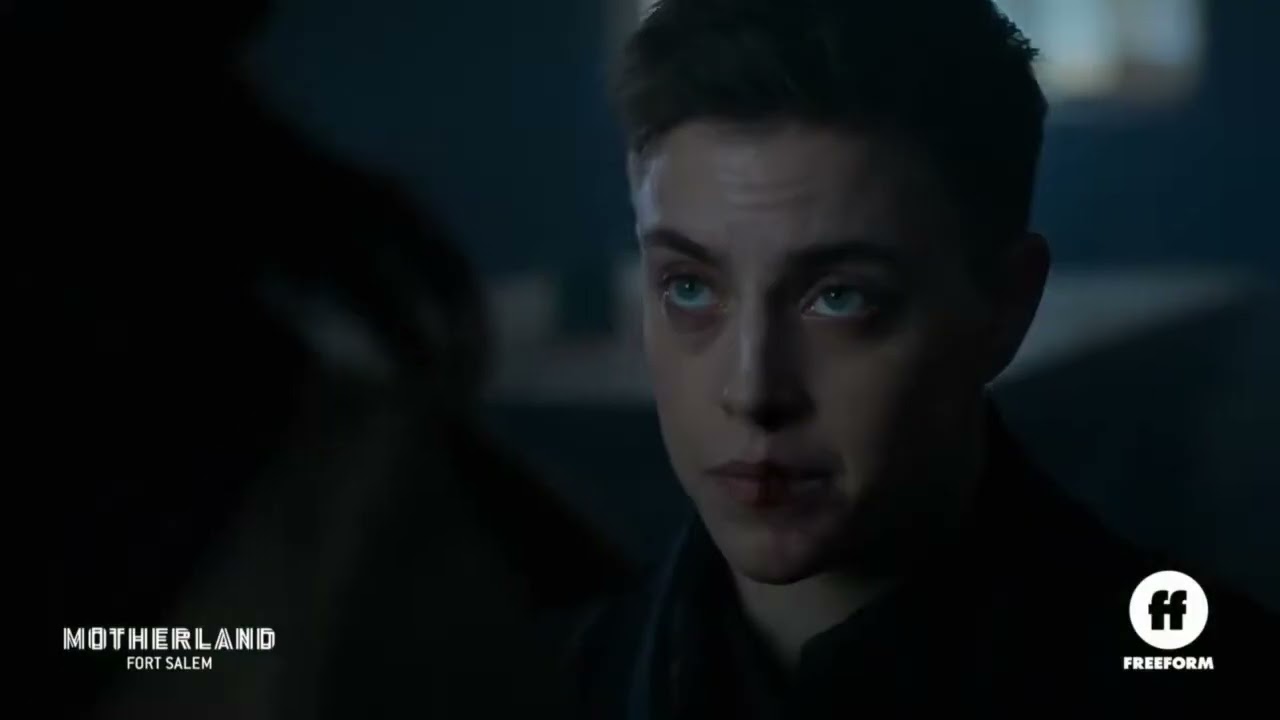 This season, keeping tabs on President Wade (Sheryl Lee Ralph) has been like one large round of Where’s Waldo? Everybody has been trying to find President Wade and we finally found out where she was. After the Marshal’s ranger was killed by a camarilla trooper in 3×07, the Marshal (Michael Horse) aged rapidly just like Alder had after losing her biddies. This led to a dreadful car wreck that left Wade, M, and the Marshal injured and stranded in a cold cabin somewhere in the Cession. They were holding on by a thread and that made me nervous. None of them were in good shape.

These have been some dark times for witches. Wade’s bleak predicament didn’t leave me feeling hopeful at the start of the episode. Mostly, I was left muttering, “Hurry up, Nicte.” at the TV. 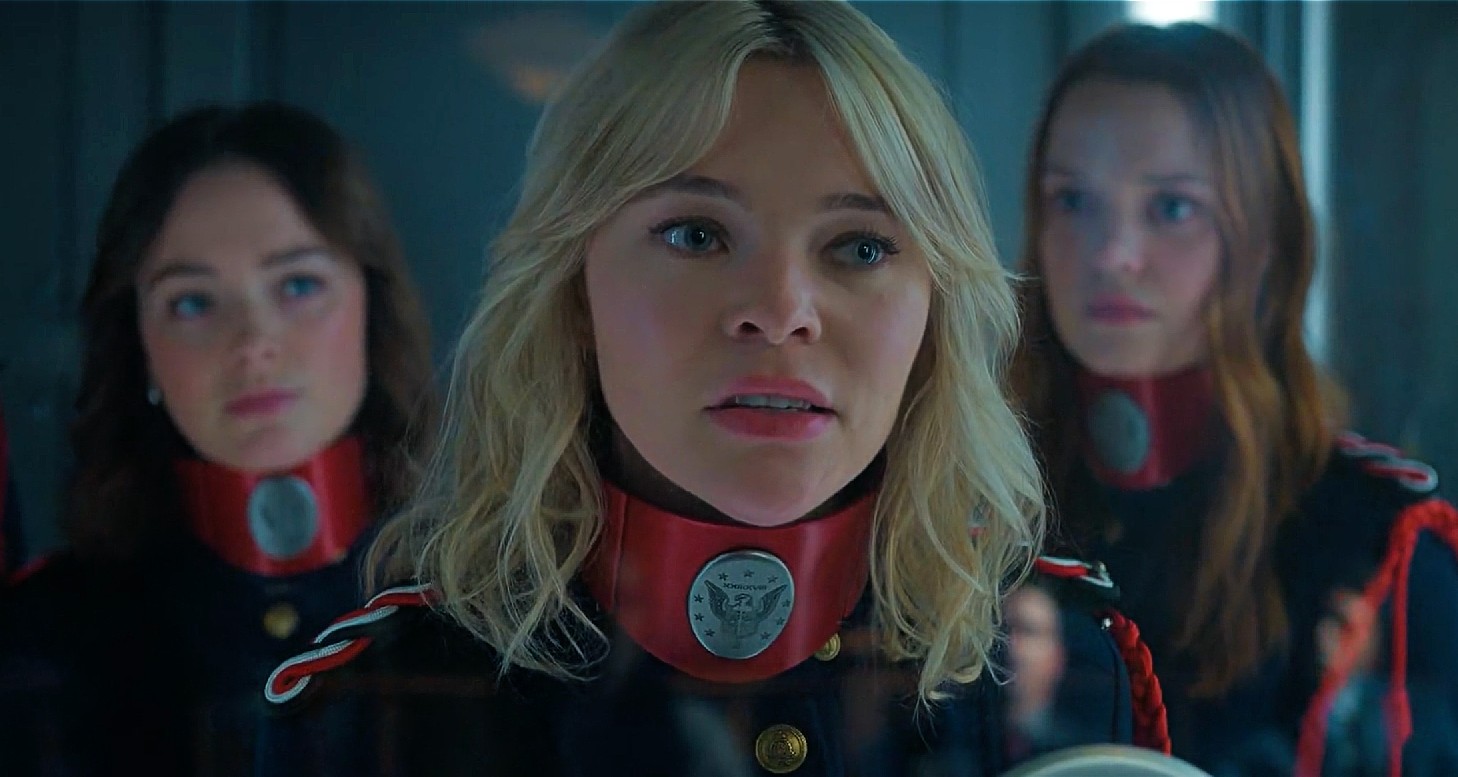 The media circus was biting at the bit for the trial against the unit to begin. Kara (Emilie Ullerup) and Blanton Silver (Victor Webster), much like Petra (Catherine Lough Haggquist), knew this trial would have to be treaded carefully on each side in order to avoid chaos. All I knew, is that as the courtroom was revealed and the media watched on like this was a reality show, my blood ran cold. The entirety of the scene was ominous and left me unsettled.

The trial continued and the unit tried to remain calm and collected though the odds were against them. That was better than I was feeling. Raelle (Taylor Hickson) was offered the closing statement which gave her a chance to tell not only her story but what a joke this entire trial is because it’s controlled by The Camarilla which Blanton is a part of. She finally revealed that Wade was alive.

That was perfect timing, too. As if summoned by the power of thought, President Wade, M (Ess Hodlmoser), and Sterling (Luc Rodrique) disguised as Colonel Jarrett’s (Aaron Douglas) face walked in. It’s definitely the most gasp-worthy moment of the episode. And, when Blanton dared question her identity, she silenced him with a dignified punch to the face. President Wade doesn’t take sass from criminals.

While this was a supreme scene. This is a moment everybody had been yearning for. I was disappointed with not getting to see Nicte get batty and finding President Wade. It felt like a major hole that I couldn’t jump over. Last week, it was a big deal for Anacostia to recruit Nicte’s help and this week I didn’t get to witness the savage badassery. Bummer. I’m going to be grumbling about it for a hot second. 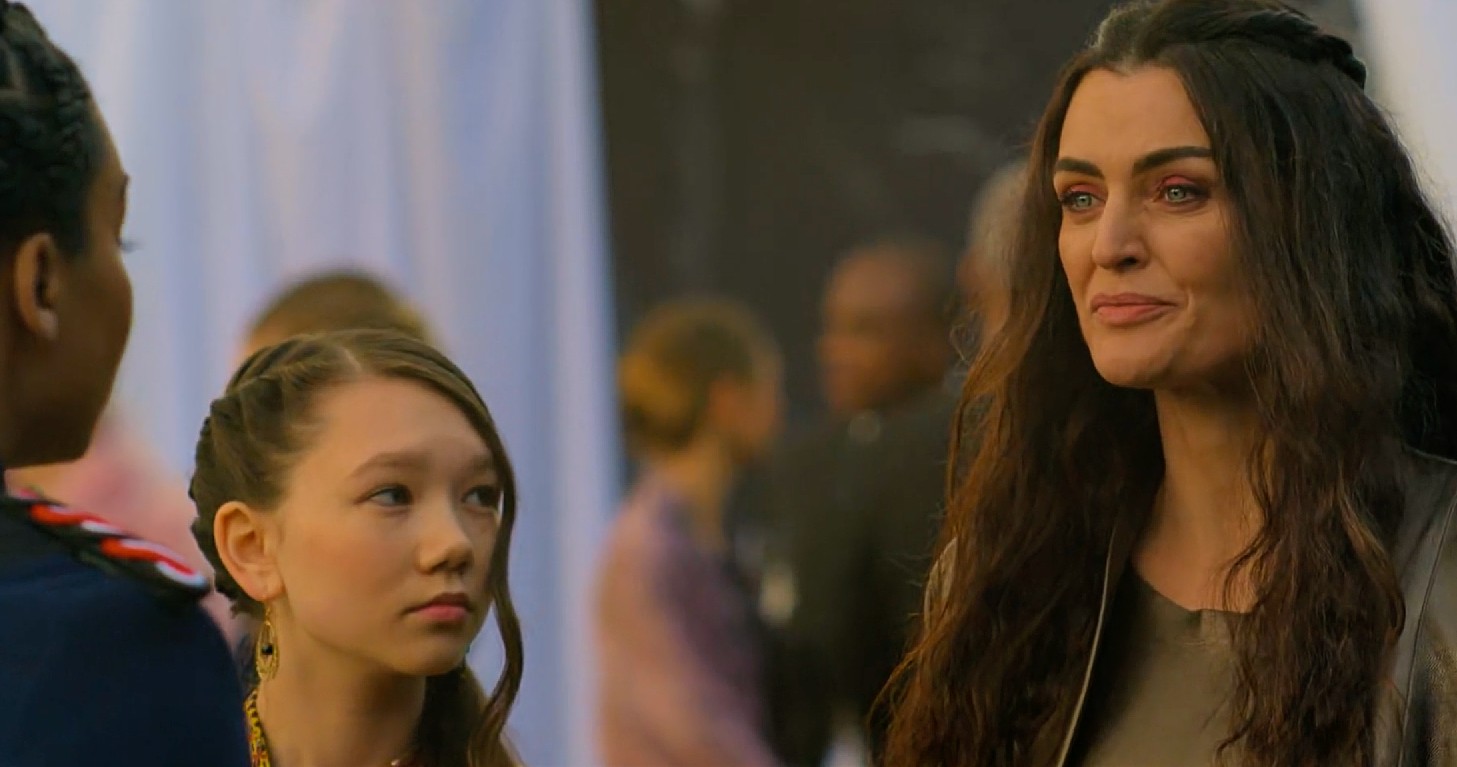 A Song of Ice

Alder (Lyne Renee) was revealed to still be alive after the cave-in, but she was trapped. Struggling against the cold, she sang an old song for herself and the ice witch, though it would surely bring the remainder of the cave down.

Luckily for Alder, Khalida (Kylee Brown) managed to track her down and use her earthly abilities to free her. Alder isn’t wrong about Khalida possibly being the strongest witch of this era. She is constantly proving to be a wise and unstoppable force.

Though I got to witness Alder’s song, I really wish I could’ve gotten a glimpse of Khalida moving a mountain. I was also disappointed by this, too. I don’t care if the CGI would’ve been horrendous. MFS doesn’t swoon me by it only its magic, but the emotion, power, and storytelling as well. This would’ve been an incredible power move to witness. Not much of Khalida’s abilities have been shown. And moving a mountain is some major earth-bending type mojo that The Boulder would be proud of.

After the witch trial officially and President Wade was restored to her position, the unit returned to Fort Salem. The wedding ceremony for Raelle and Scylla (Amalia Holm) was prepared by Abigail (Ashley Nicole Wiliams) while the two finally took a moment to reunite.

The wedding turned into a double when Khalida arrived with Alder. Alder didn’t stay, but Khalida was ready to bear witness to the union of earth and sky between Abigail and Adil (Tony Giroux). So was I. With everyone gathered for this momentous occasion and President Wade officiating, I was struggling really hard to watch through all of the happy tears.

The event was utterly perfect. This is what the fandom has been waiting and hoping for since the season premiere. Through all of the darkness and the horror the unit and their loved ones have been through, we’d been awaiting this moment. Witching it all come to pass, I was nervous. Everything was too perfect. The kind of perfect that felt wrong. Like it wasn’t real.

While there’s so much filling the fandom’s heart, some of the characters still pondered pieces of their futures. Tally (Jessica Sutton) started feeling regret, but Alder’s assurances and the comfort of others reminded her that there was so much more to being a witch than just her ability of sight. 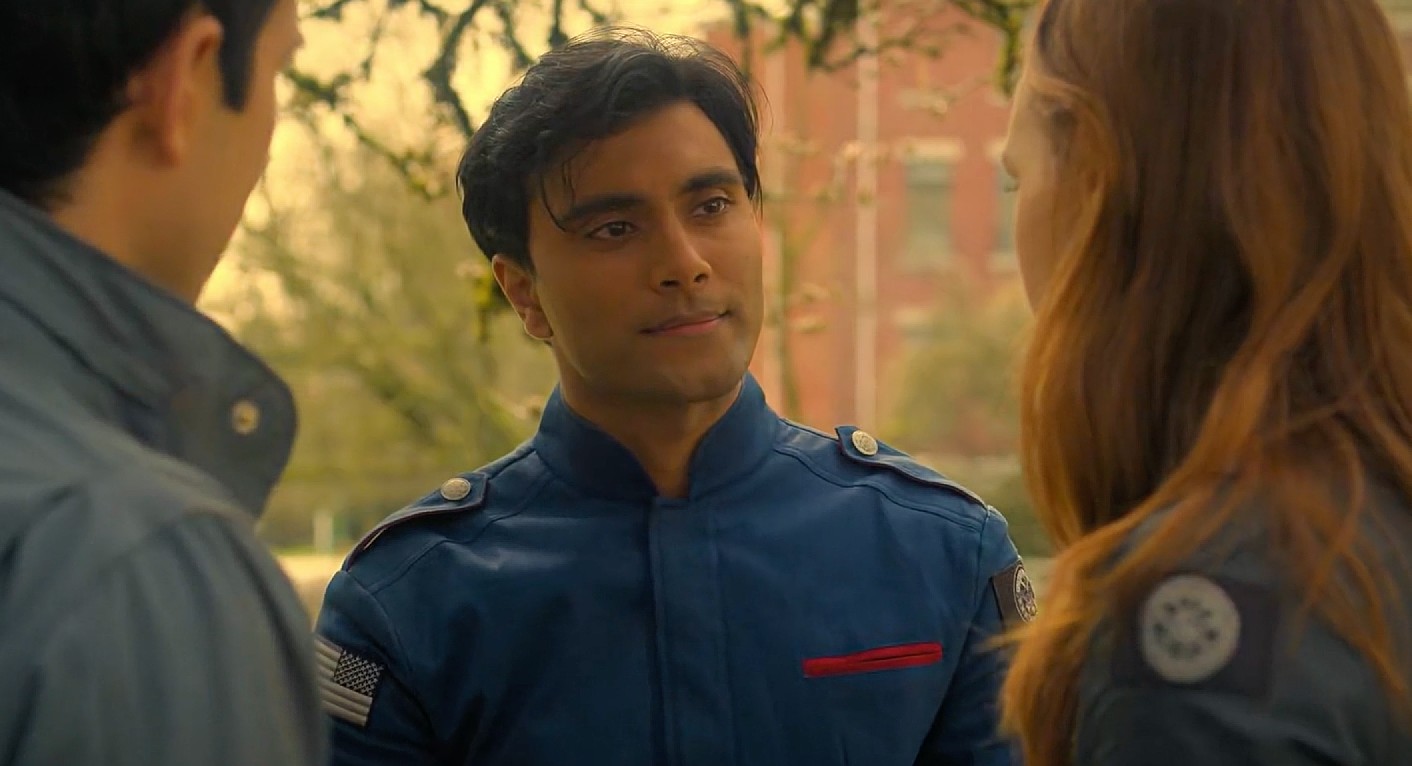 The reunion with Gregorio (Praneet Akilla) was much appreciated, too. I said it at the beginning, I was hoping he’d return. And he did! He ended up facing his own trials and interrogations for standing alongside the unit but never once betrayed them. *swoon*

He still only had eyes for Tally, too. Made my heart thump a little extra hard. The norm for witch unions has changed just as leadership and magic itself have throughout the series. Sure, he had Abigail in his sights once upon a time, but only so he could appease High Atlantic society. Much like Abigail, he’s realized what a crock it is. Tally deserves the dedication that Adil and Scylla offer to Abigail and Raelle. Also, Gerit who? 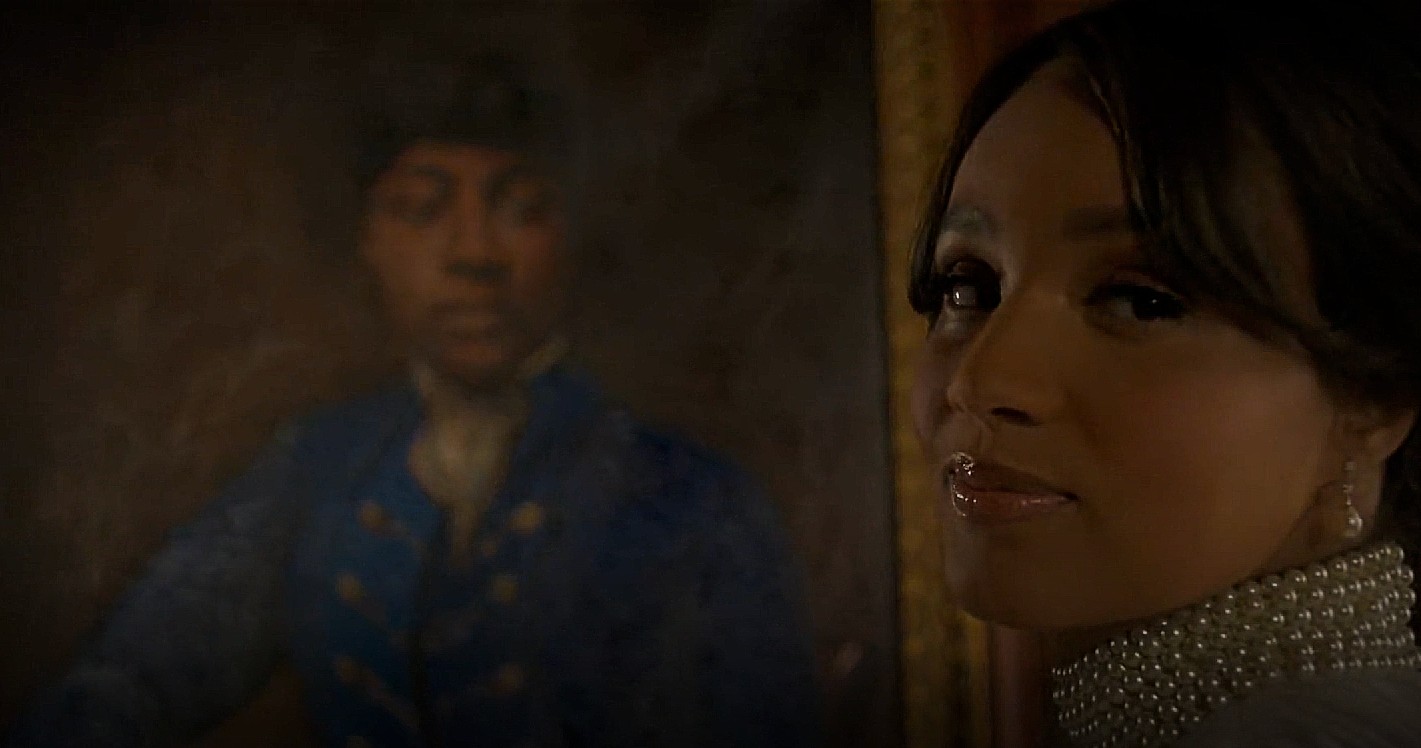 Though Abigail and Adil finally united, Abigail still wondered about the Bellweather lineage. She admitted to Petra and her grandmother that she swears deep down inside that Jem Bellweather isn’t so much trying to speak to her as she thought when she was a child, but through her now. Petra didn’t doubt there was some truth to it. Abigail’s hail shards that rained down in 3×08 on The Camarilla was a technique Petra had never seen a Bellweather use. And, with so much of the Bellweather history lost, Abigail may be key to rediscovering it. Her determination and openness to a higher power and to embracing it could lead to old and new Bellweather witches. 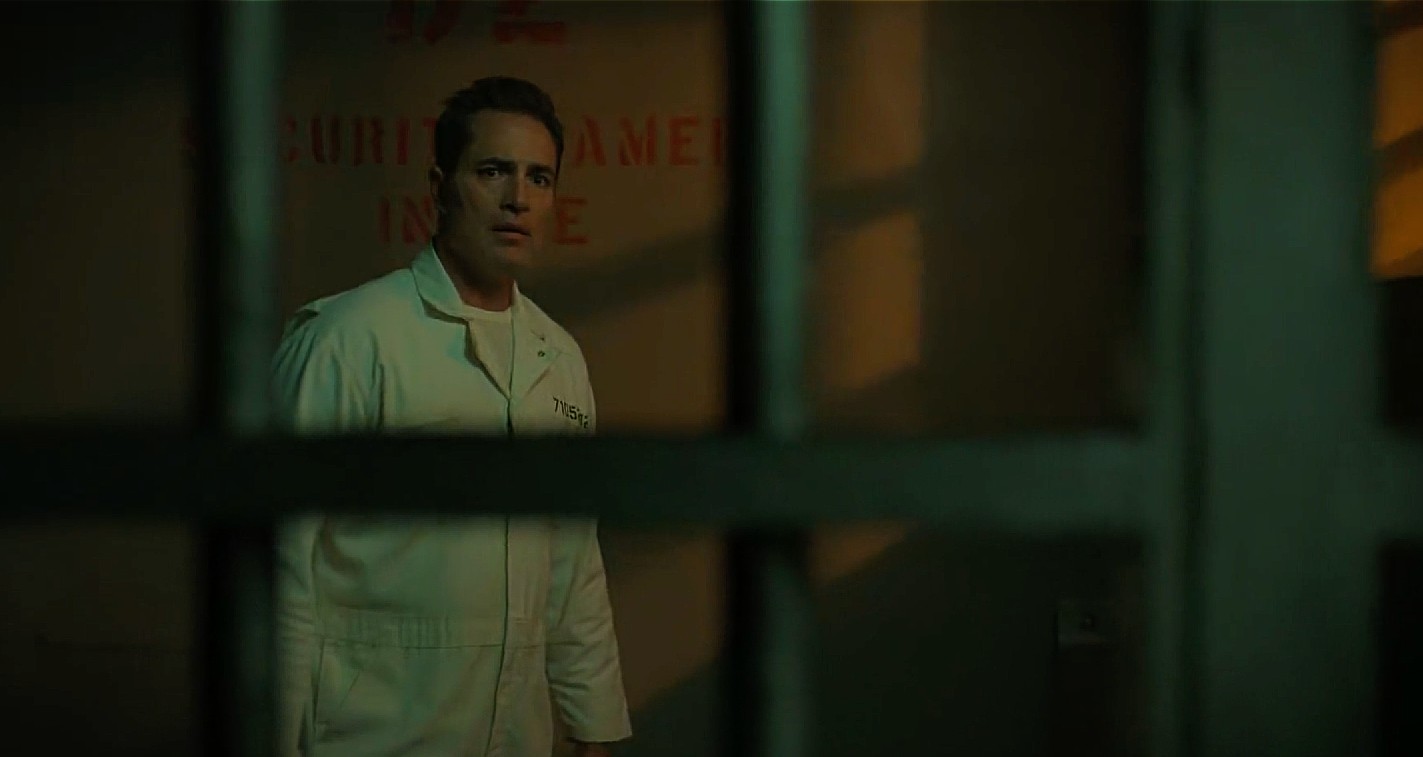 While Blanton had been captured and contained after his witch trial farce, Kara and Hearst had gotten away. While the wedding went on, Hearst (Bob Frazer) arrived to break Blanton out of jail. That increasing dread I was feeling during the entire episode came to fruition. The Camarilla was still making waves and trying to decimate witches worldwide. The unit gaining their freedom and justice was only a hiccup.

After freeing Blanton, Hearst wasted no time invading Fort Salem and bringing it to the ground, starting with Izadora (Emilie Leclerc) and Penelope (Mellany Barros). Losing Izadora brought me to my knees. It was devastating. Petra’s right hand and the one who’s been helping Penelope with her struggle to return to being human. With Izadora gone, Hearst had access to The Mother on Fort Salem grounds as well. 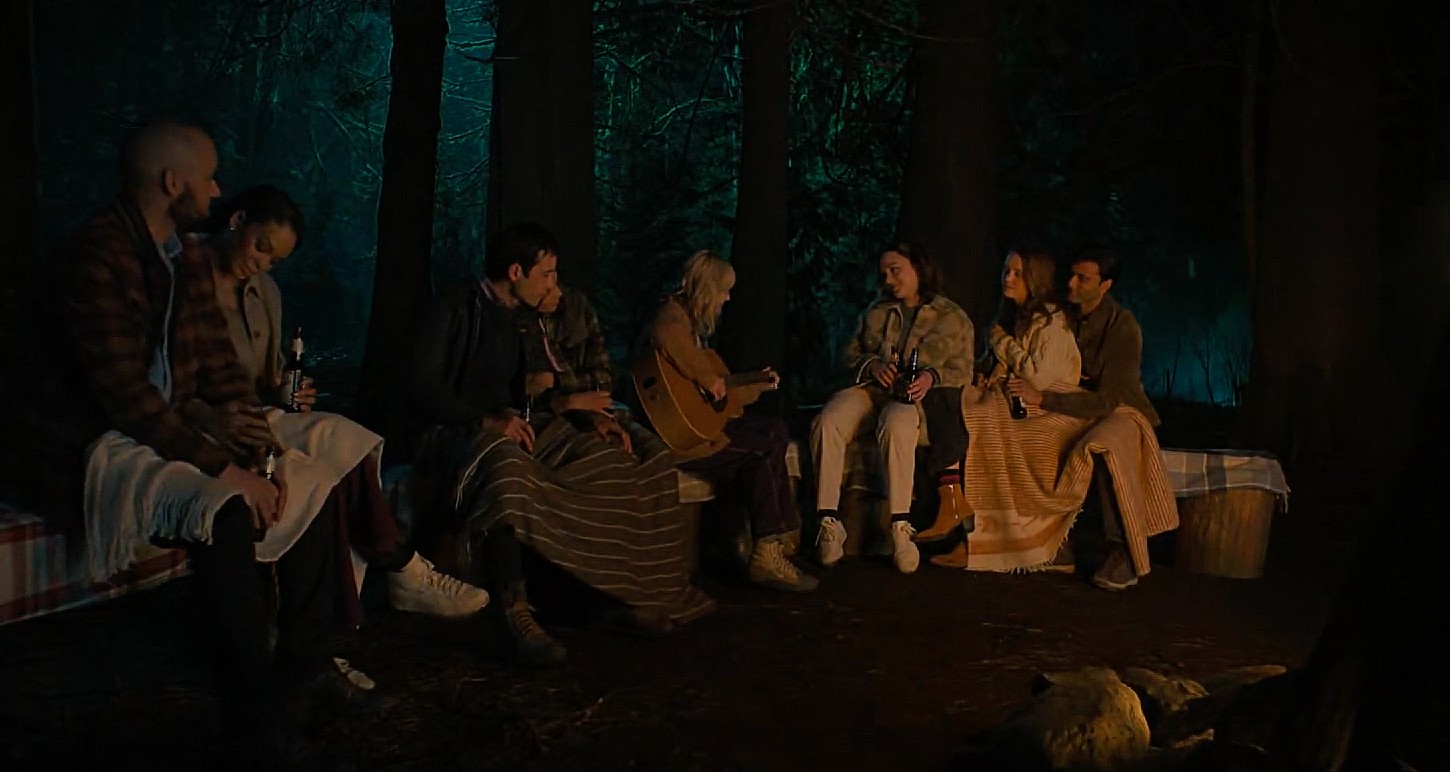 There are two from this episode! President Wade can make an entrance like no other and the added punch to Blanton’s jaw in the midst of the witch trial was incredibly satisfying. That has been a long time coming. Sheryl Lee Ralph knows how to command and steal a scene every time!

Raelle singing to Scylla after the wedding was a total dream. It’s a known fact that Taylor Hickson is a phenomenal singer. Such a soft and gentle voice. So, when she finally sang, my heart flew from my chest. Her song, “I’ll Be Your Mirror”, for Scylla was stunning. Not only did call out to their beginning up to this point but also Scylla’s Spree background. It encompassed now only how Raelle felt about Scylla but what their entire relationship meant to her. It’s so personal and special and I just need to go put it on and consider dancing to it on my own wedding day…whenever that happens.

What did you think of the latest episode of MFS? Let’s chat about it in the comments below and don’t forget to follow us @capeandcastle on Twitter!