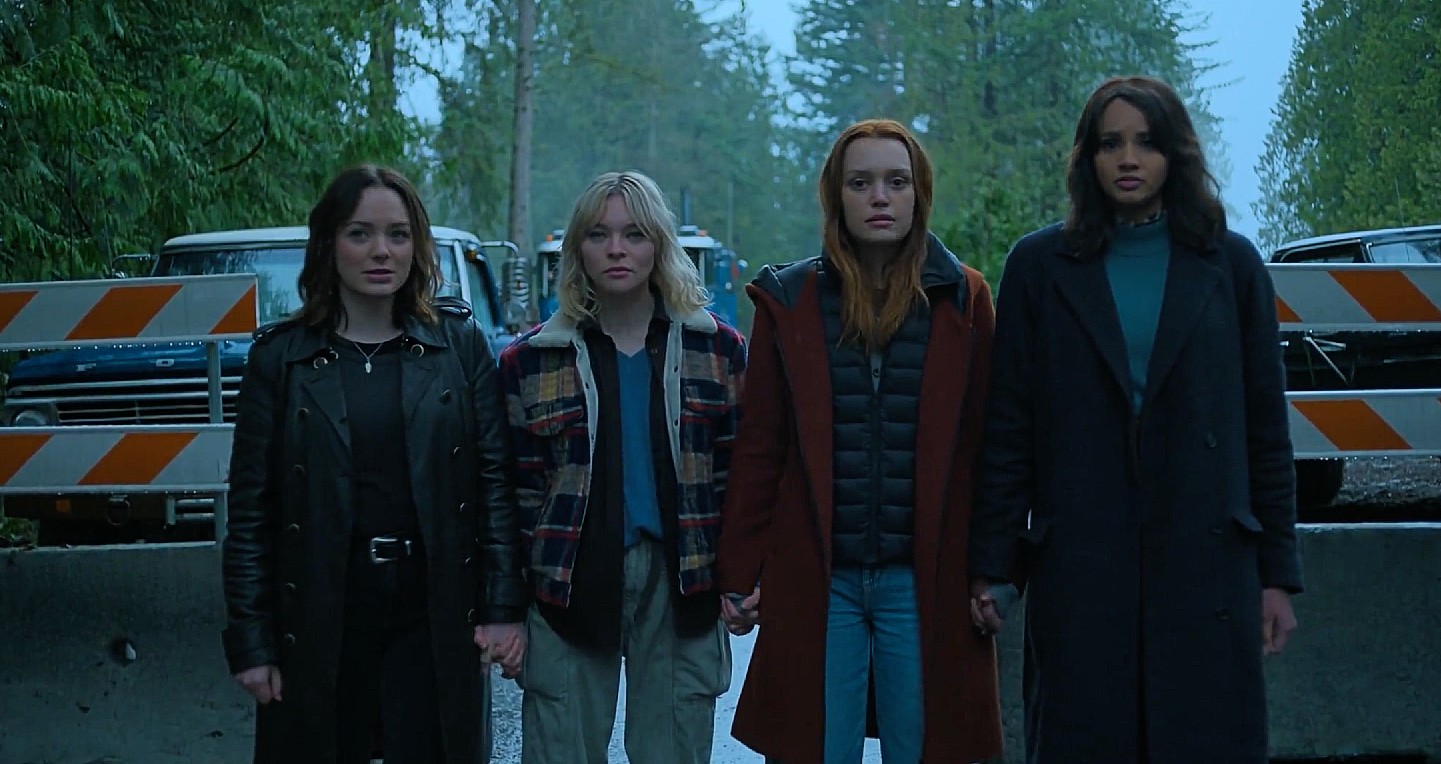 Last week on MFS (review here), the invasion of the Cession began. Raelle finally returned, but Scylla had been captured by The Camarilla. This week, the unit races to save Scylla. Alder and Tally join up again, but this time they are retrieving an important piece of the first song. After much resistance, Fort Salem fell under Camarilla control. 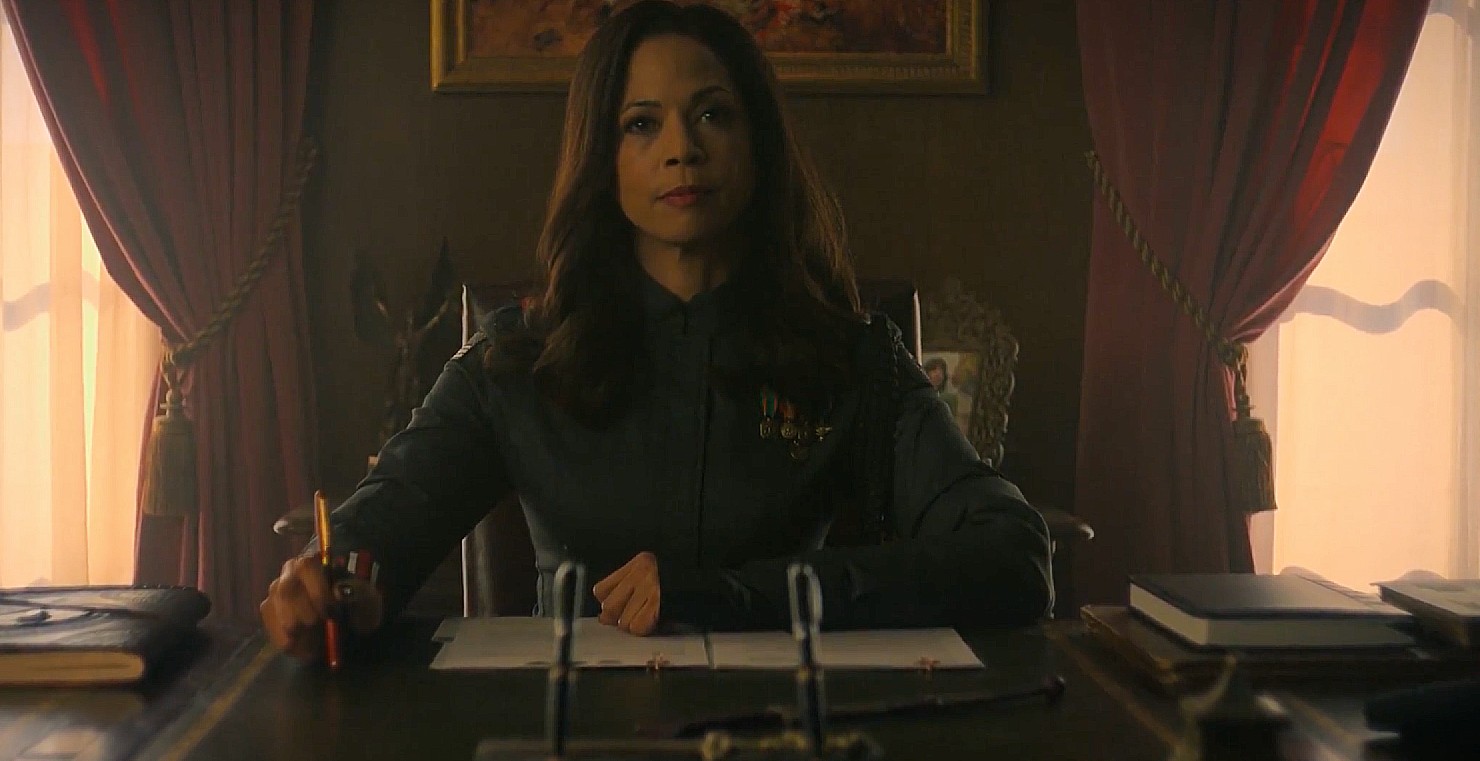 The title of the episode came into full play when Petra (Catherine Lough Haggquist) was antagonized by Blanton Silver’s (Victor Webster) right-hand man, Colonel Jarrett (Aaron Douglas). Fort Salem was put under full lockdown and Petra had hit her limit. Since the start of the war, she’d been planning her moves carefully so that she could protect not only the innocent but her own army. 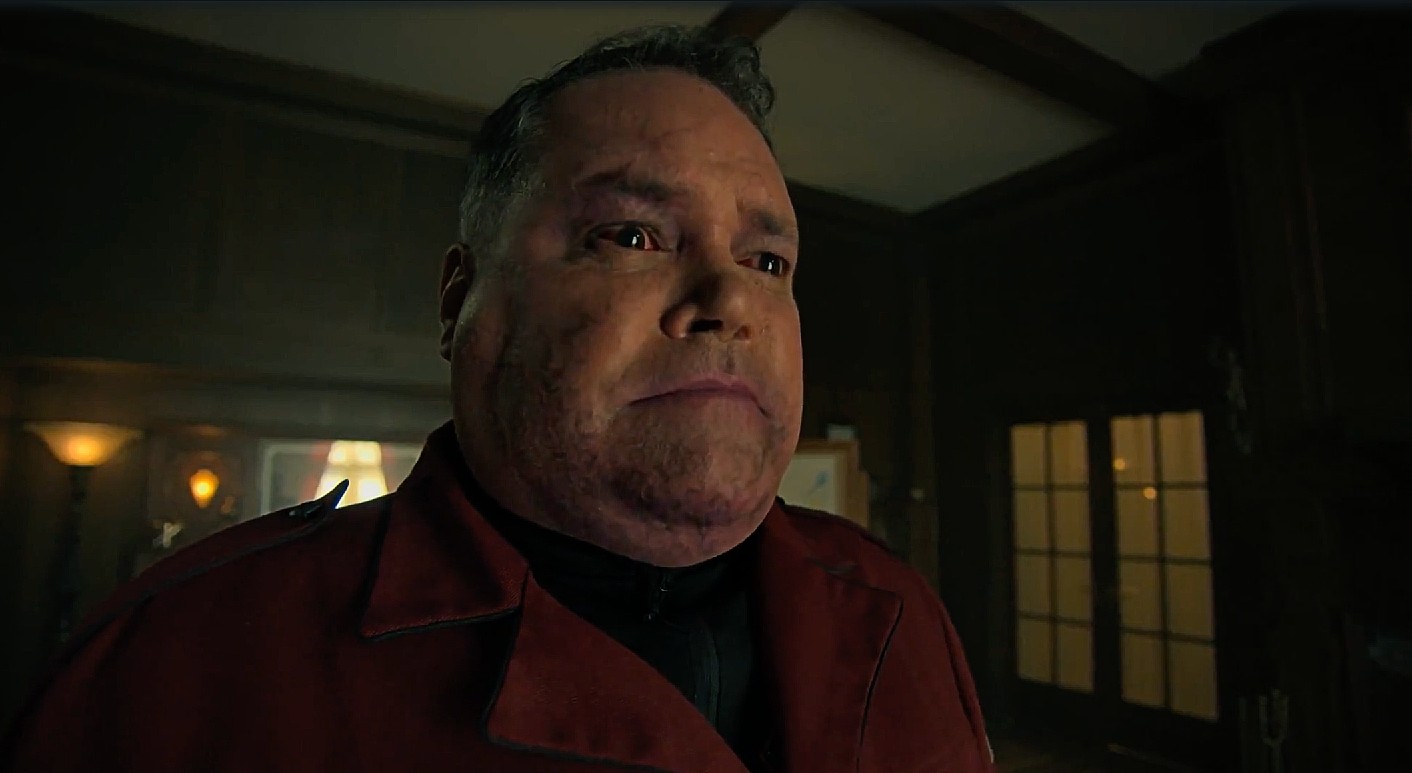 Colonel Jarrett pressed a lot of buttons in this scene. You know the one. As he told Petra what kind of leader he thought her to be, she showed him just what kind of leader she was. Utilizing the pen in her hand, she performed quite a magic trick. Tapping it to the rhythm of a heart having a heart attack, she watched from behind her desk as he turned a deadly shade of purple and then crumpled to the ground when the pen cracked in half.

You don’t mess with a Bellweather. I’m still floored by The Camarilla sweeping in and thinking that they’re really going to get away with acting so entitled and arrogant in their prejudices. Every time, witches prove

While I was a little concerned about how his death would be covered up, it wasn’t for long. Blanton dropped by for a visit and Colonel Jarrett managed to give his update to him. After Blanton left, Colonel Jarrett took a lighter to the spot underneath his chin, and his features ashed away to reveal it was Sterling (Luc Rodrique). 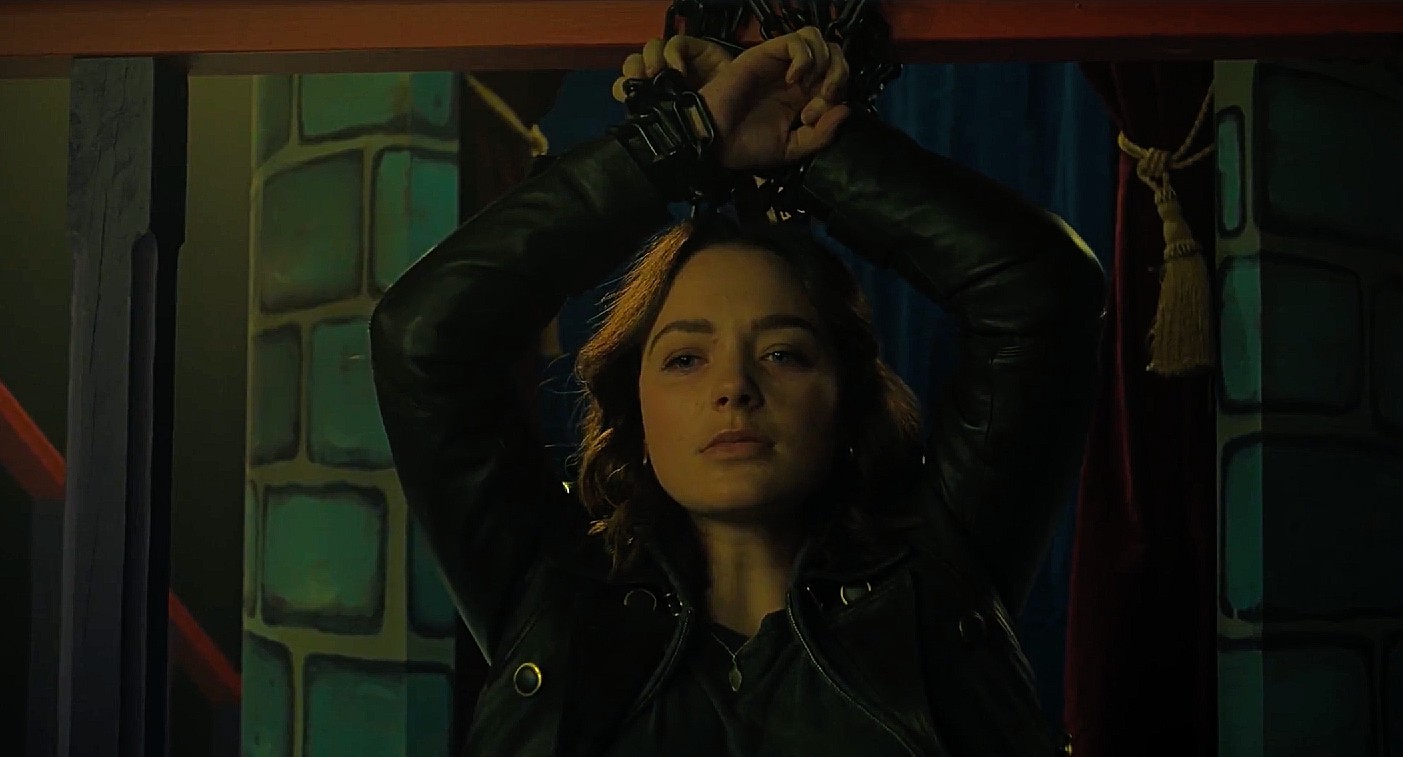 The unit gained new information on Scylla’s (Amalia Holme) whereabouts and her interrogation. Upon learning that Scylla was resisting interrogation and mind invasion from an army deserter, Raelle (Taylor Hickson) was determined to go get her.

Abigail (Ashley Nicole Williams) and witch daddy Adil (Tony Giroux) came up with a simple yet effective plan that required no magic. Distraction at its finest showed the two garnering the attention of two camarilla troopers at the door of the slaughterhouse and then Adil taking them out with hand-to-hand combat that effectively proved that The Camarilla can’t fight worth shit. Their only tactic is fear. 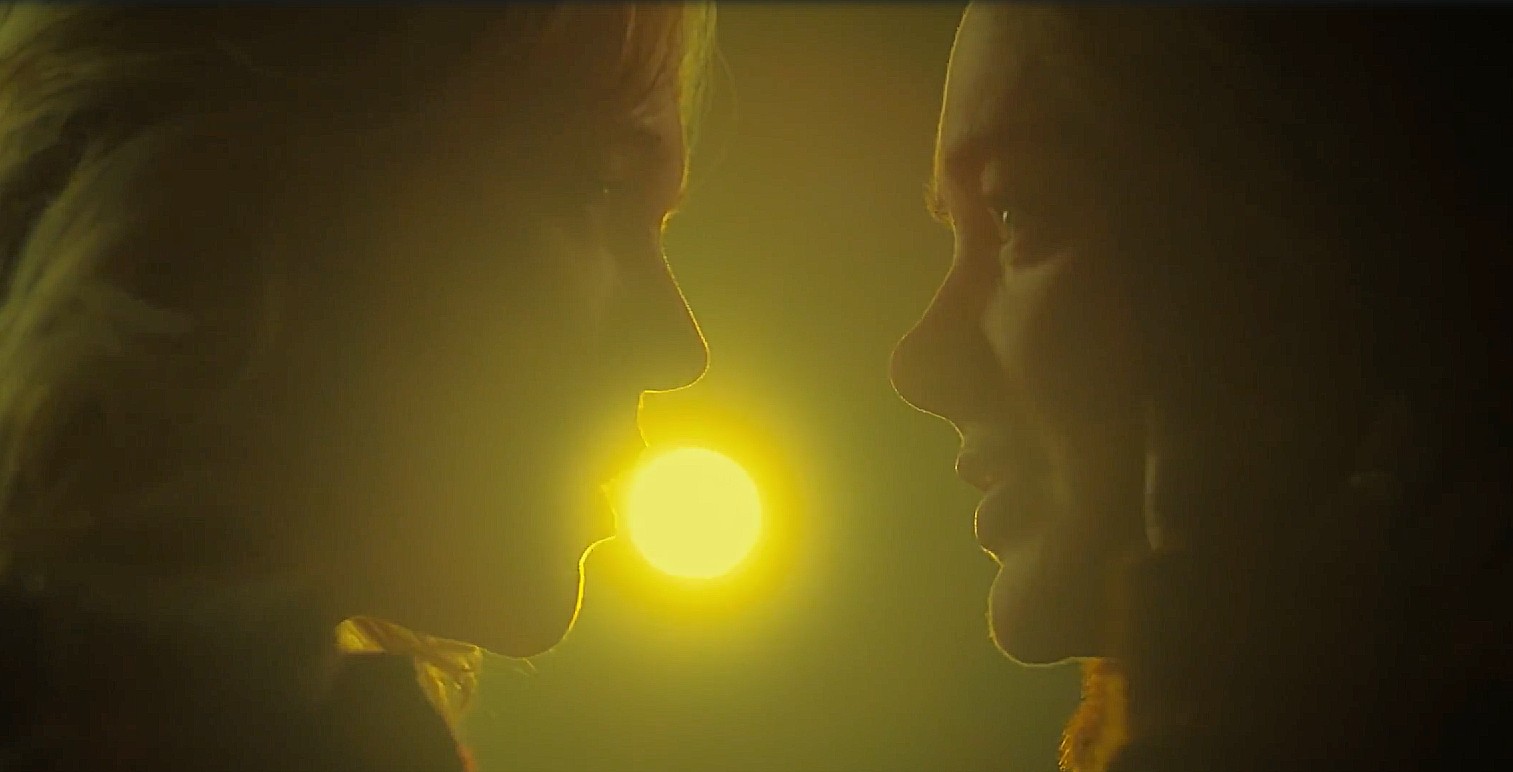 Raelle snuck inside the slaughterhouse where another camarilla trooper was preparing to go rounds with Scylla. He was quick to try and run away when Raelle threatened him with a witch bomb. What really cracked me up was when he thought he could get away unscathed as if he was a good guy. Like, hell no! Attempting to stone a witch doesn’t get you off easy.

The Raylla reunion was everything! Breathless, wordless, and nothing but sheer emotion. It didn’t last nearly enough, but it was enough to tide me over.

Alder (Lyne Renee) and Tally (Jessica Sutton) went searching for a lost witch who had an important piece of the first song. Though the episode didn’t show Tally learning to use her power of sight to see into the past, the next part of the song was revealed to be in Germany. In a vision, Tally followed a steward during what appeared to be the Crusade era being chased into a cave where she then froze the knights and herself. The icy escapade through Germany led them to a witch frozen in a block of ice. 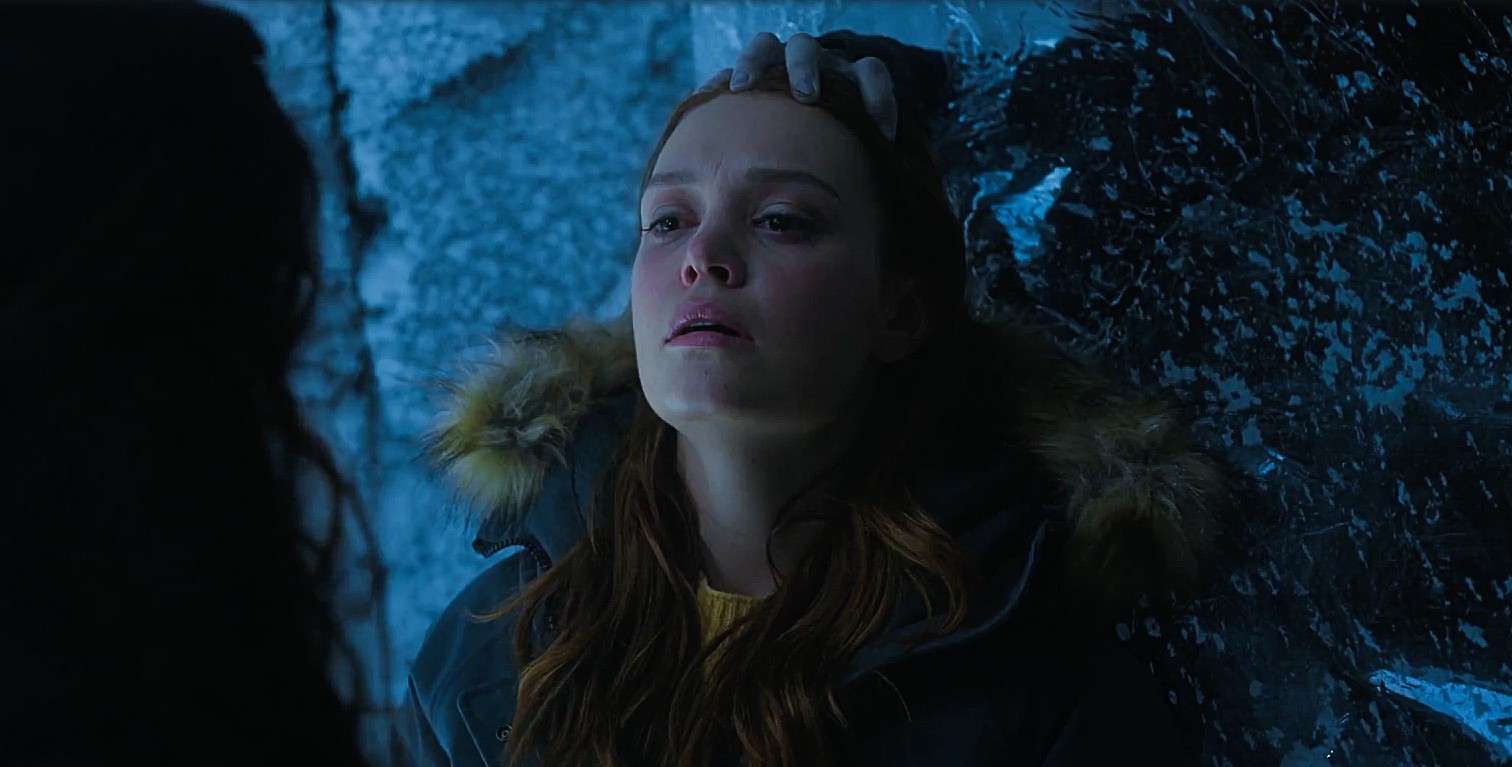 It got scary pretty quick when they found the witch. In a block of ice, like Mr. Freeze’s wife, she wasn’t dead, and she took hold of Tally, speaking and seeing through her. It became dangerous and frightening when the witch refused to let go and decided to take Tally over.

With the ice witch desperate to be able to see the world again, Tally willingly offered up her ability of sight in exchange for stewardship. Sure, she still has her natural witchy abilities, but what made Tally unique to her generation line was her sight. The fact that she was willing to give it up was courageous, but also heartbreaking.

This was a huge part of her and I really think she’s going to feel it later. Tally has been fighting to prevent the future she saw. In the deepest parts of her heart, Tally knew this needed to be done. She held no regrets about this sacrifice. It’s one of the reasons I love her.

Not long after the trade, the cave began to come down and Alder saved Tally. However, it looked like she didn’t make it out. Now, I’m not so sure I believe that Alder is gone. After all that she’s been through and having come back from the dead, a cave-in is not about to be the thing that takes her out of this world. 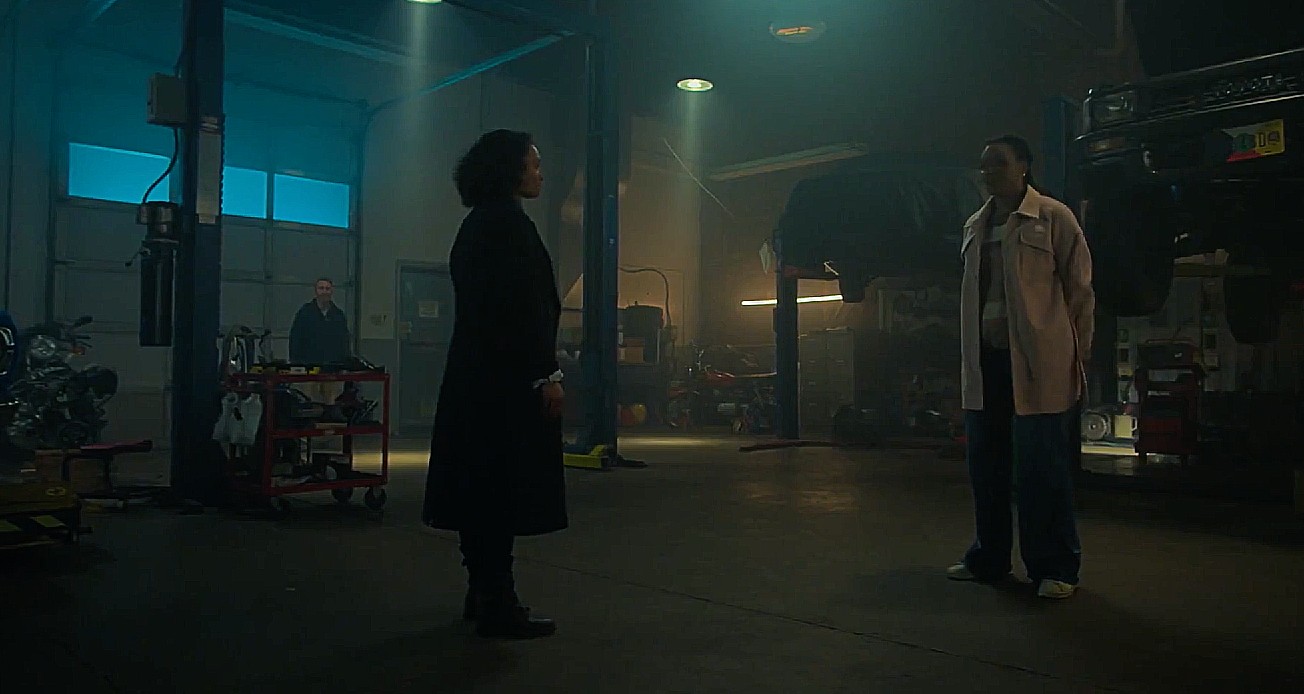 Anacostia (Demetria McKinney) caught Nicte’s (Kandyse McClure) attention last week. This week, the two got into it. Anacostia wanted the Spree to help in the fight against The Camarilla as well as their help finding President Wade and the Marshal. Nicte was thirsty for blood, but she didn’t care about Wade. She held the opposite approach that Blanton Silver did. She didn’t care about Wade or civilians. In her eyes and that of the Spree, all civilians were as bad as Blanton.

I figured we’d get to somebody who felt as strongly as Blanton did. The huge difference is that Nicte didn’t keep that train of thought. She budged and gave Anacostia’s plea for hope and offered her assistance, albeit begrudgingly. Still, I’m glad that after everything she’s been through and witnessed since her capture has opened her up if only a fraction.

It was classic that she claimed her offer to help find Wade was to give the Marshal a taste of his own medicine by getting to be the one that tracks him down the way he did her. And the showcase of bats she had as the main base of power for her army was incredible. Such a unique source for sound and song. Nicte as a witchy Batman? I’m not mad. 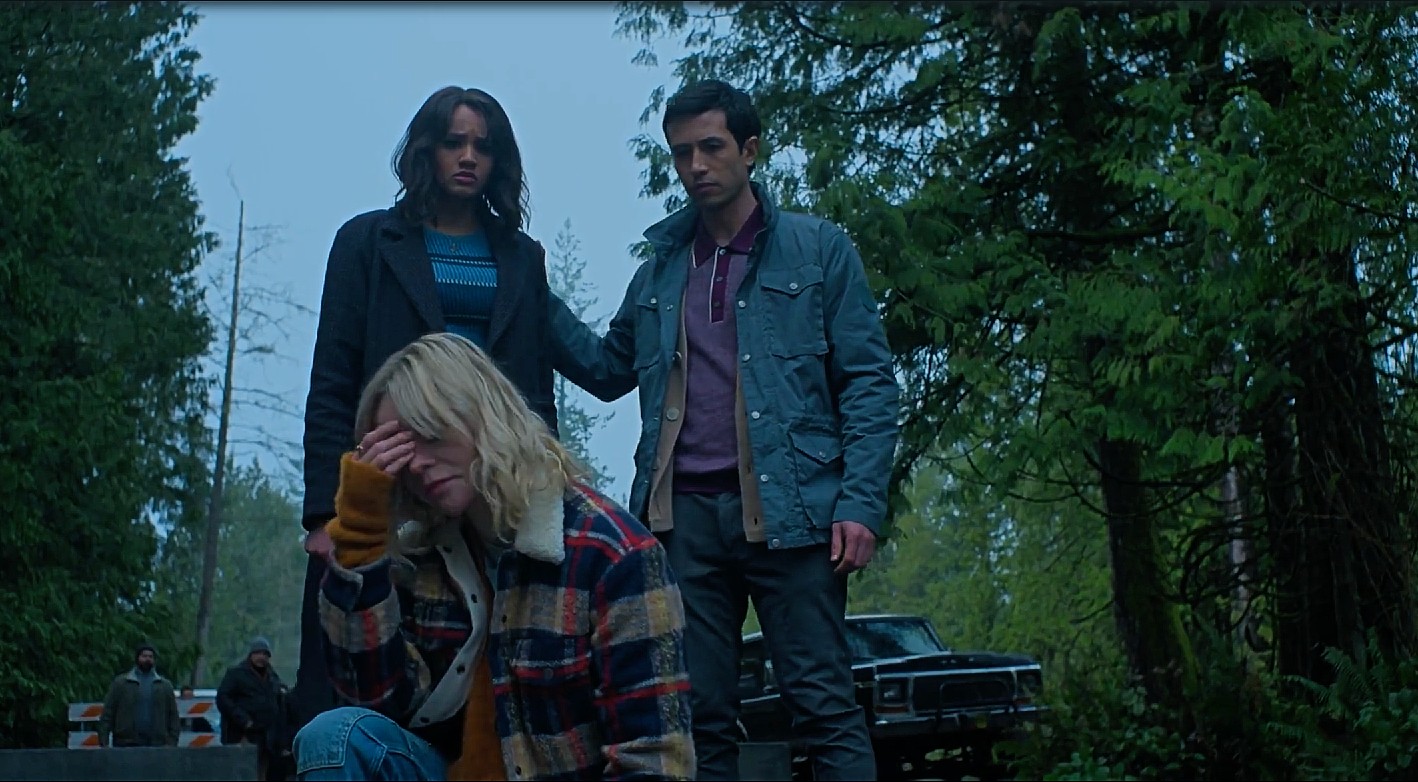 After the massacre of the cadets right in front of the unit and the Cession Militia was horrifying and set the unit’s next move in motion. Losing Lupe (Lina Lecompte) was really hard when it felt like just yesterday that she’d been introduced as the next generation draft. She was instantly a beloved character by the fandom. We were shattered that she had been killed alongside so many other fellow cadets as if they were cannon-fodder.

Thelma (Olivia Lucas) didn’t entirely agree with the unit turning themselves over, but she didn’t argue. While the beginning of the journey in the Cession had been bumpy, Abigail left on good terms with her. The development between the two stubborn characters has been incredible and has shown two great forces come together. These two weren’t parting as enemies but as friends.

What was hardest was watching Abigail and Adil part ways. He was going to find Khalida while the unit faced the music. He was torn about it, but Abigail didn’t allow room for it. She was so sure they’d come back to each other. During their farewell, Raelle and Scylla took a moment of their own. They were back together and this trial, they were going to face may tear them apart once again. I wasn’t shocked, but I was excited and squealing when Raelle asked Scylla to marry her after they got through the supposed trial. This future looks way better than Tally’s vision of the witch bomb! A witchy Raylla wedding! And to think, I expected Abigail and Adil to get there first.

This was one of the hardest and most emotional scenes to endure. After all, the unit had been through and the hope they inspired, they were giving themselves up. That’s not to say they were giving up, but it’s unclear what could be in store for them. Petra being the one to take them into custody didn’t make things any easier.

Oh, Petra had this in the bag! Her pen trick was magnificent and gave Fort Salem a leg-up whether they knew it or not. Every move Petra has made has been as calculated as a game of chess. Getting to see her power and leadership unfold has been something to behold.

But now, with the unit having given themselves over to the authorities, what is her next move? This is her daughter. Her army. She won’t let them burn, not without a fight.