Last week (review here), Hearst managed to track the unit right to where they were being hidden in the Marshall’s estate as the meeting with the Cession Council was occurring. This week, the unit split up. Tally went home and found a reason to keep fighting. Abigail and Adil returned to Fort Salem. Scylla worked to reach Raelle. 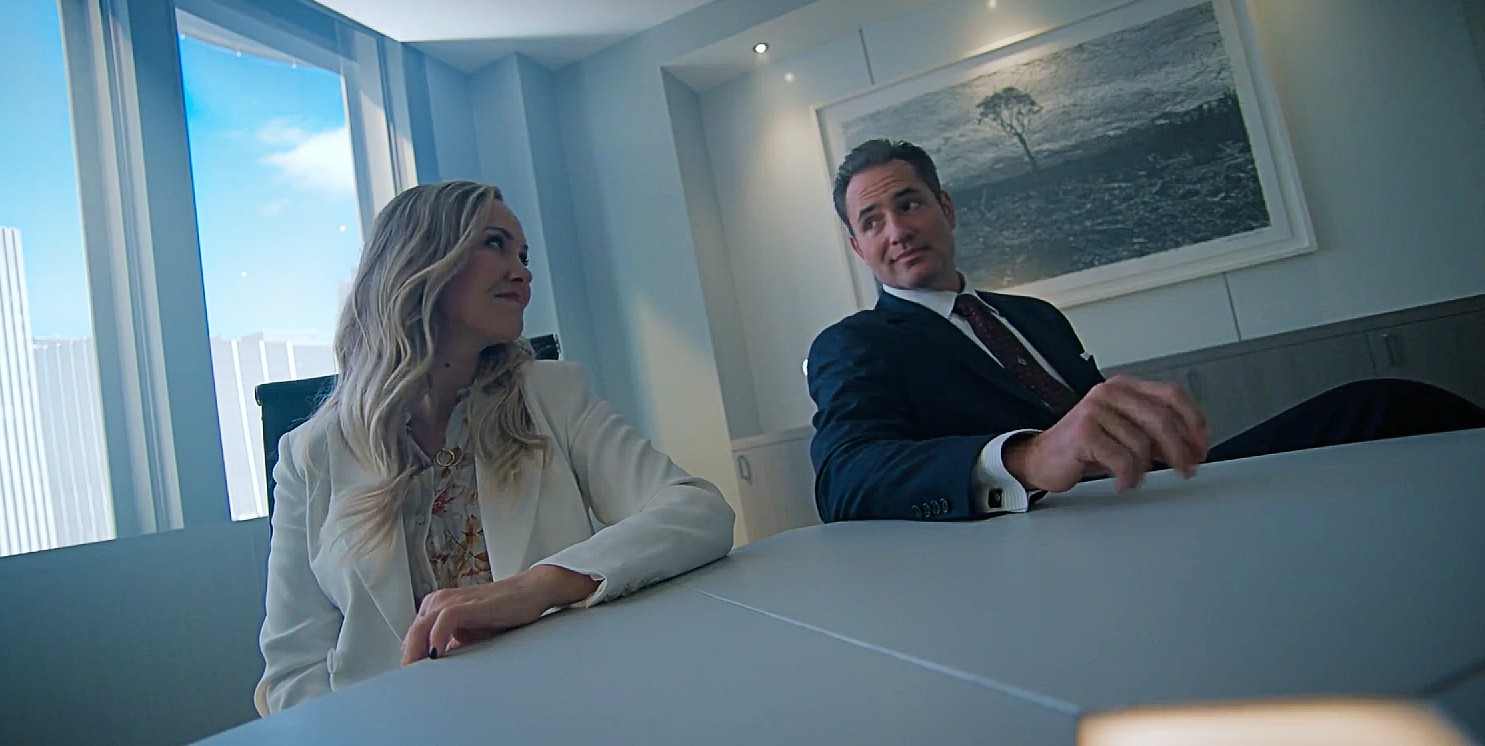 Blanton (Victor Webster) and Kara (Emilie Ullerup) were discussing the next step in their plans, from witches being forced to wear collars that identify them as witches to a planned invasion of the Cession to disrupt the peace between civilians and witches. The war keeps amping up, bringing relatable real-world horror to the forefront. But, as Blanton prepared to throw more stones at the witches, the witches leading the rebel front had their own ways of stalling until they could rebel and reveal The Camarilla being the ones behind the entire attack on the nation.

Petra (Catherine Lough Hagquist), Thelma Bearkiller (Olivia Lucas), and Anacostia (Demetria McKinney) still worked to deflect Blanton’s intentions. While Petra went along with Blanton’s plan to invade and search for the unit and other “traitors” in the Cession, she had other ideas. She was going to protect as many as she could and refused to harm anyone in the process of this hunt. Her leadership has shown great strength. Brute force like The Camarilla’s does nothing but inspire fear whereas she, a woman with the force of the elements and more on her side, inspires unity. 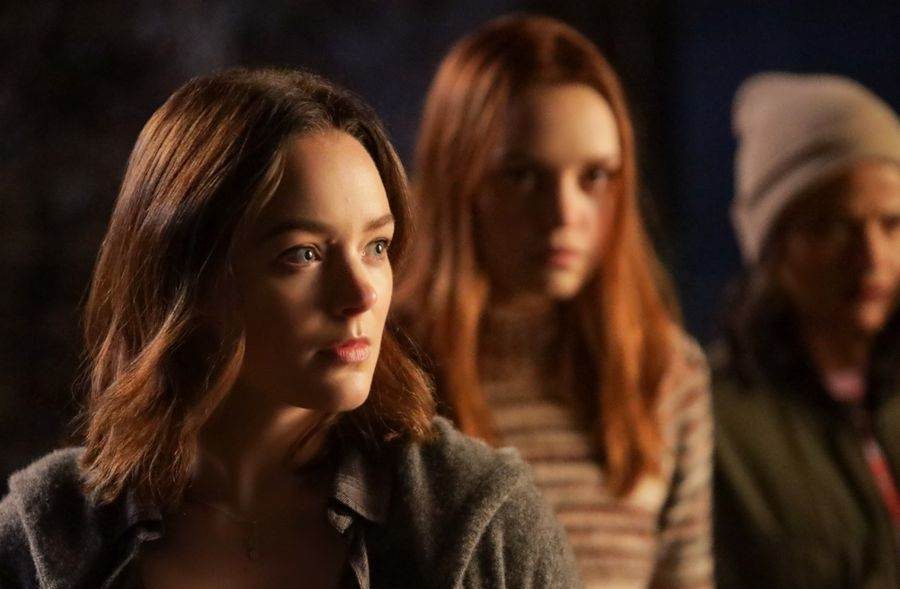 While Abigail (Ashely Nicole Williams) and Adil (Tony Giroux) returned to Fort Salem, Tally (Jessica Sutton) went home. After The Camarilla showed that they were more than willing to cross any line with the capture of Raelle’s father, she needed to know that her mother was okay. She was more than okay. In fact, she and her “book club” were preparing to raid a government building. This was coming from the same woman that begged for Tally to draft dodge! Radical! 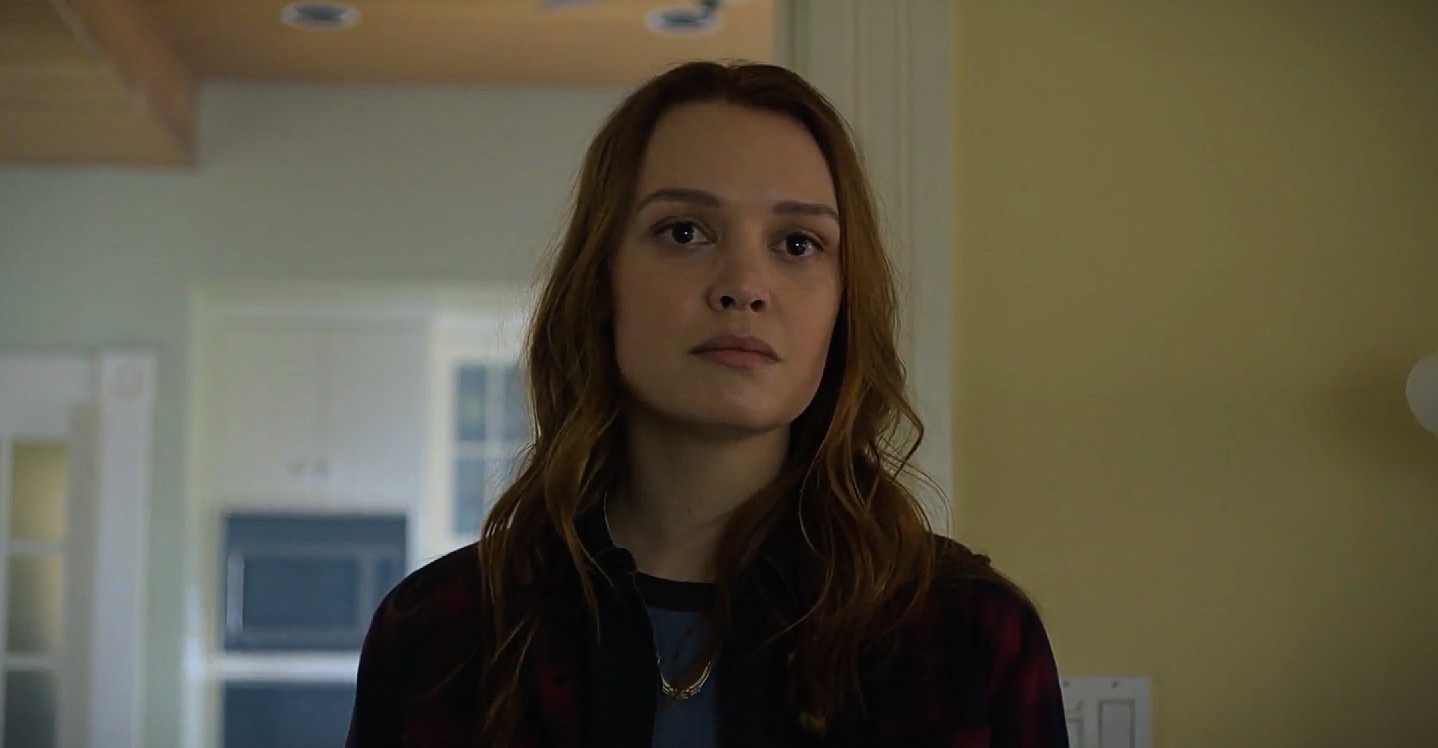 The “book club’s” raid was a major highlight during the episode. While it seemed like such a small step, it was one that showed no witch was going to lie down for The Camarilla. Tally’s mother has proved what a force she is with her guerilla tactics and I hope to see more of it! She represents the witches that no longer fight in the army and those that are just like civilians. They fight for their right to co-exist as they should and it was remarkable.

Tally’s mother wasn’t waiting around for help, especially not with the army under such tight restrictions by Blanton. Seeing so many witches from Spree to dodgers to army and more rebelling against the dark forces of The Camarilla is outstanding. Each of them is rising to defend not only their rights but their lives and the lives they’ve always sworn to protect is incredibly valiant.

Tally’s relationship with her mother has always seemed strained. Knowing that, is part of what made their arc in this episode so special. You get an opportunity to see the rebel and free spirit that Tally inherited. Tally finally understood why her mother was defiant about her joining the army and her mother couldn’t have been prouder that her daughter followed her instincts. It was a full circle for the Craven ladies. 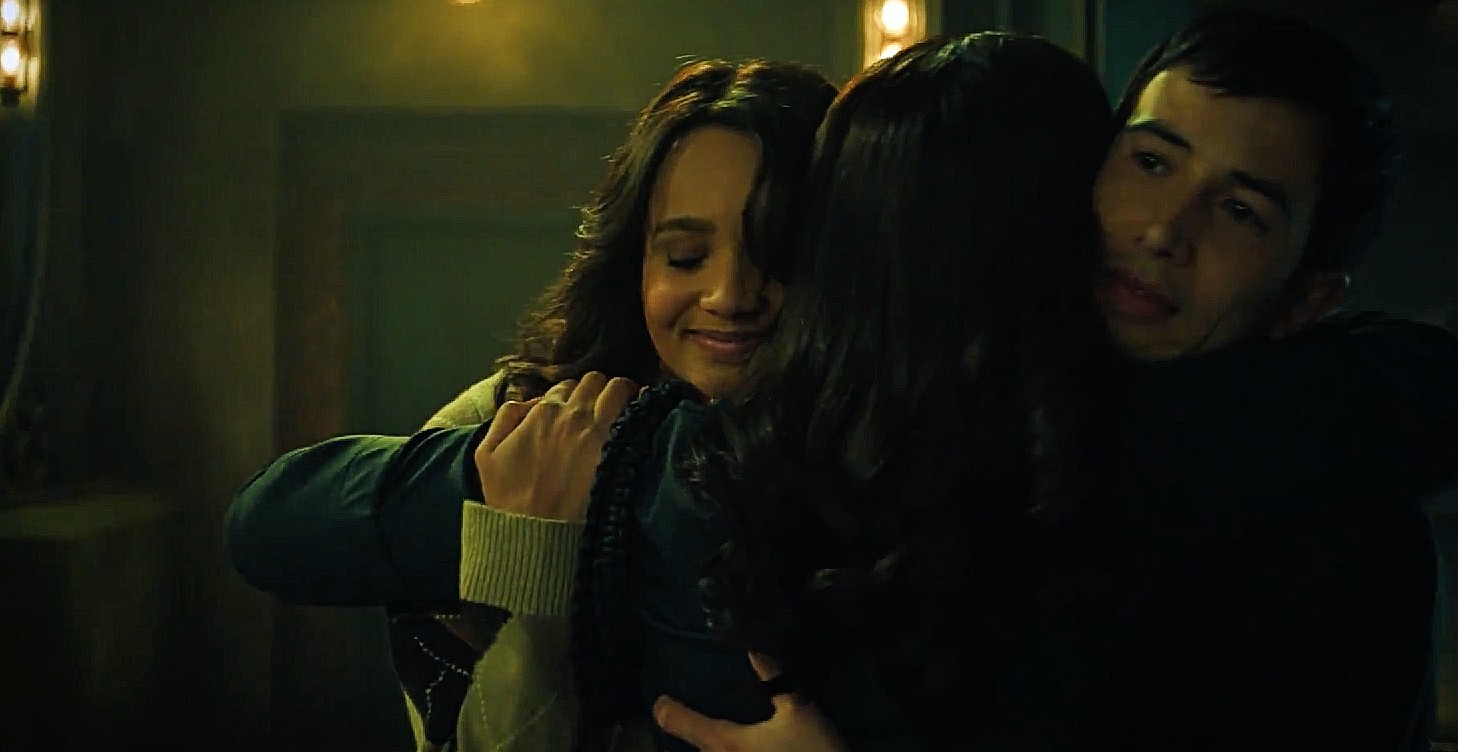 Abigail’s return home was just as joyous as Tally’s. Though there were orders to be followed, she needed to check in on her mother and offer what help she could. Motherly pride for both daughters and how far they’ve come was powerful. And honestly, with all they’ve been through, it was needed. There was an insurmountable amount of dread and heartache across both sides and the amount of support and love they have for each other is beautiful.

These women aren’t just powerhouses that can wield the elements like badasses, but family. It’s good to see that doesn’t get lost in this war. It’s a reminder that they not only fight to survive, fight for their culture, but for their future and family. 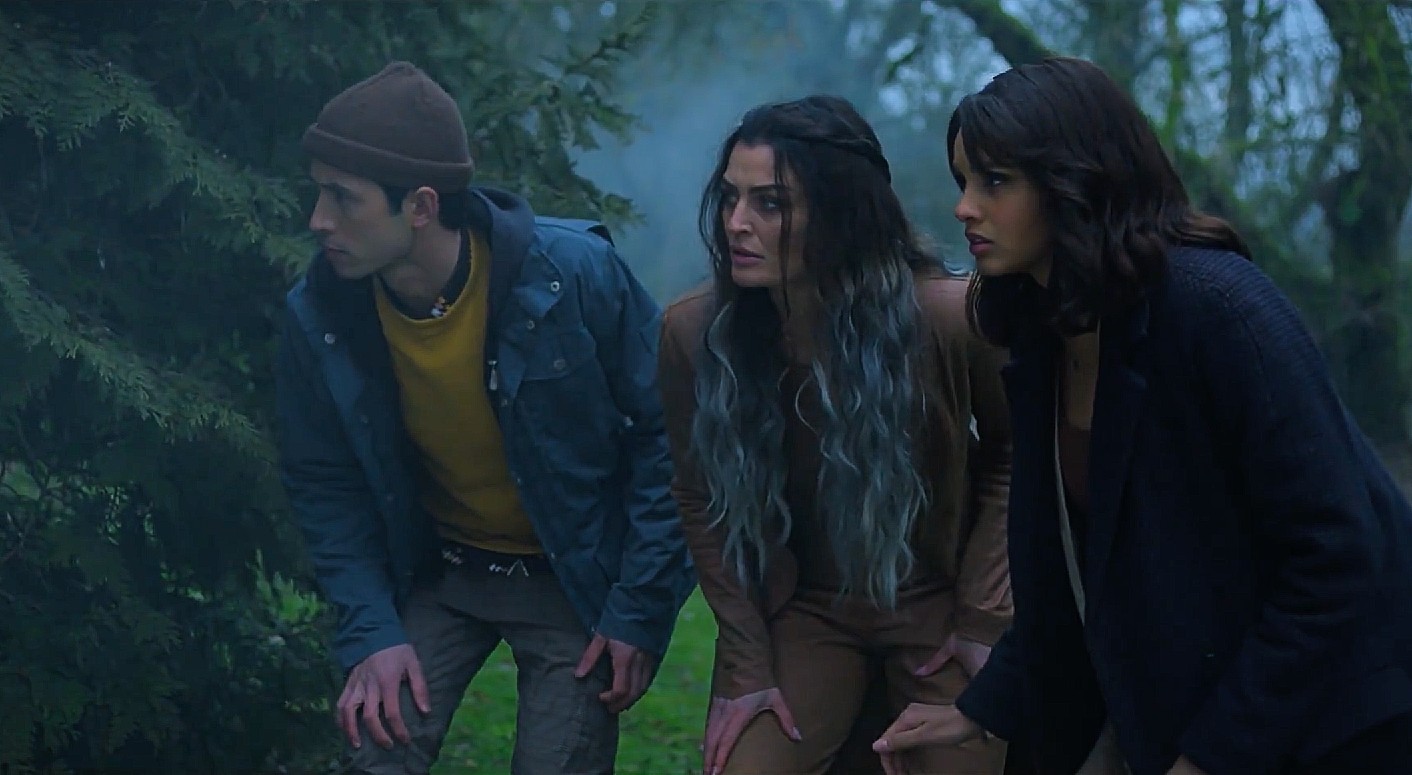 Back to the Mother

Shocks were abound when Abigail and Adil returned to Fort Salem with Alder (Lyne Renee) in tow. They needed to help her return to The Mother, but the new regulations set in by Blanton’s men made things extra complicated. Izadora (Emilie Leclerc) was quick to rush to their aid, but Penelope (Mellany Barros) was understandably upset. I was starting to wonder how long it would be before Abigail and Penelope met again. Sacrificing Penelope in order to protect the witches of Fort Salem wasn’t an easy decision and still haunted the unit. 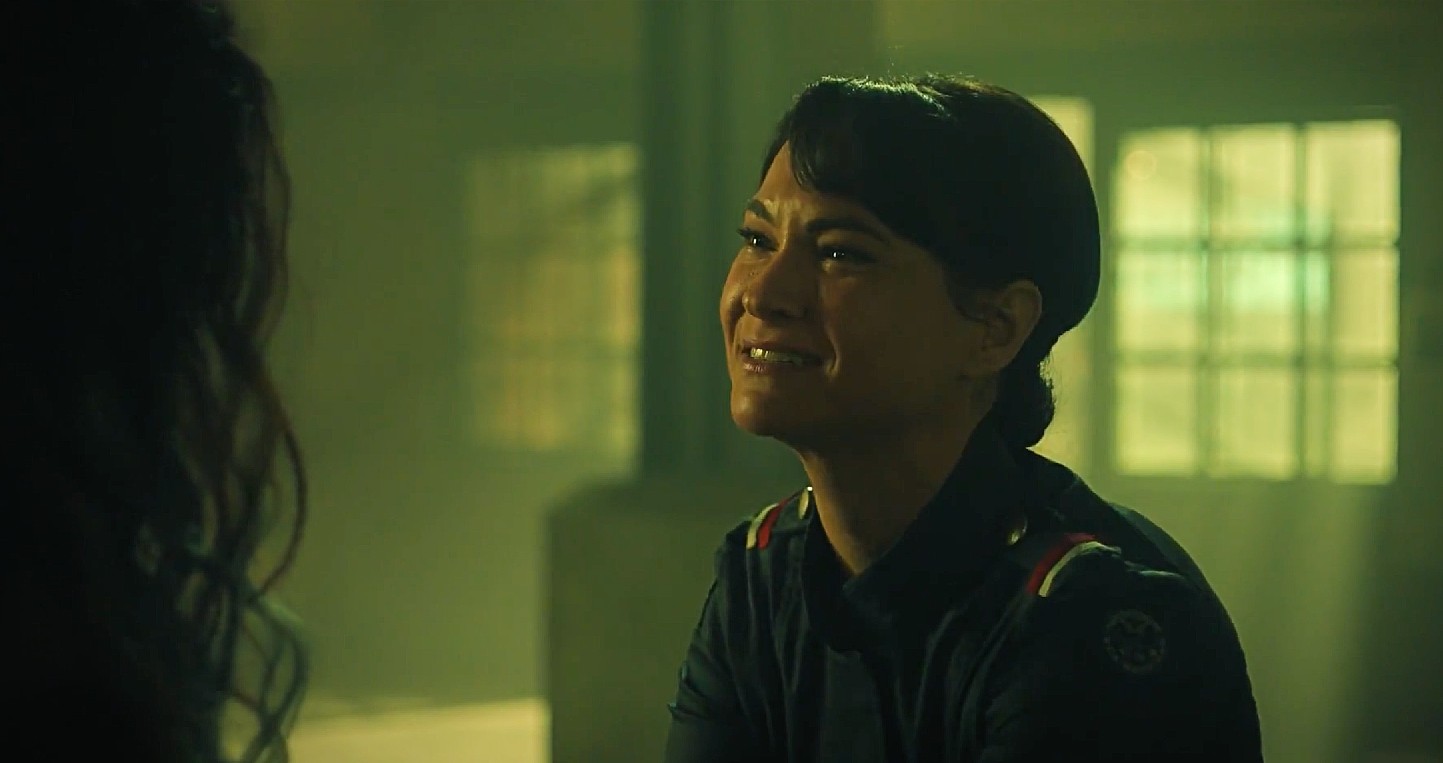 Much like the first time, it was hard to watch Alder enter the mycelium and return to The Mother. Izadora begging to go with her broke my heart even further. But, wanting to escape such dark times is understandable and relatable. This is actually the first time that I can recall Izadora showing such vulnerability. As the head of the necro lab, she’s been a force of leadership and wisdom in her field. A reliable and loyal friend. But, this moment between her and Alder showed that even the most reserved and strong can feel scared and seek safety. 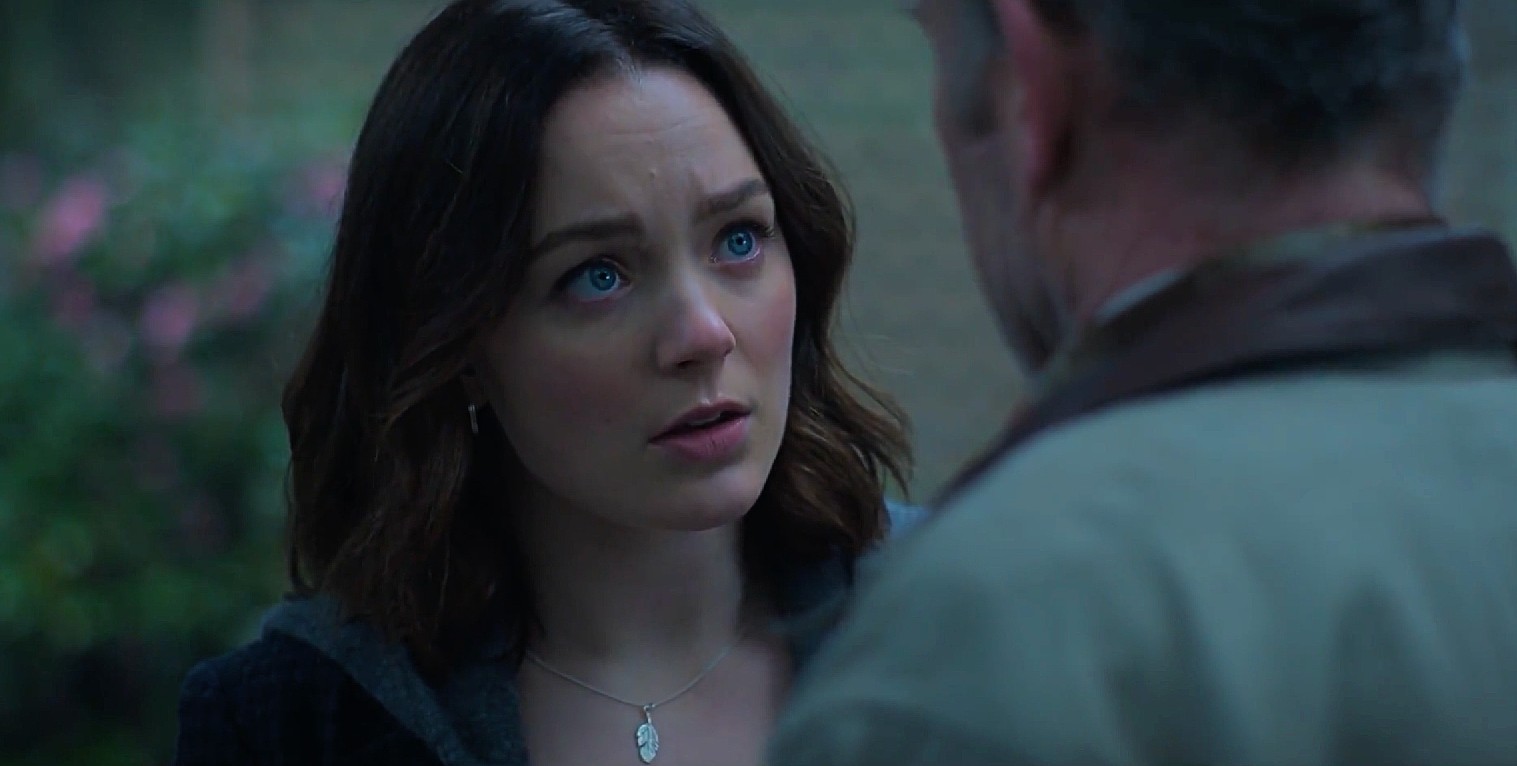 Scylla (Amalia Holme) and Edwin (Hrothgar Mathews) remained back in the Cession. Scylla still hoped to find a way to reach Raelle and bring her back. She and Edwin managed to hide deeper in the Cession and contact Raelle (Taylor Hickson), but The Mother wasn’t thrilled. It was with the aid of fellow dodger, Quinn that Scylla and Edwin found a way to try and reach the part of The Mother that was Willa. Though the call out to Willa/The Mother through Quinn was successful, the temporary reconnection filled with heartache was devastating. Between Edwin trying to reach out to his wife and pleading for her to let Raelle go and Scylla begging to be taken with her so she could reunite with Raelle, I was on the verge of some heavy, tear-filled feels. How much longer can this show keep them apart?

Edwin learning that Willa (Diana Pavlovska) had been alive through this experience was painful. He’s been nothing short of spectacular in showing his love and support for everyone in the unit, never casting doubt or ego. It was hard to watch his heart bleed on his sleeve. I can’t handle a broken Edwin. He’s the epitome of fatherhood. 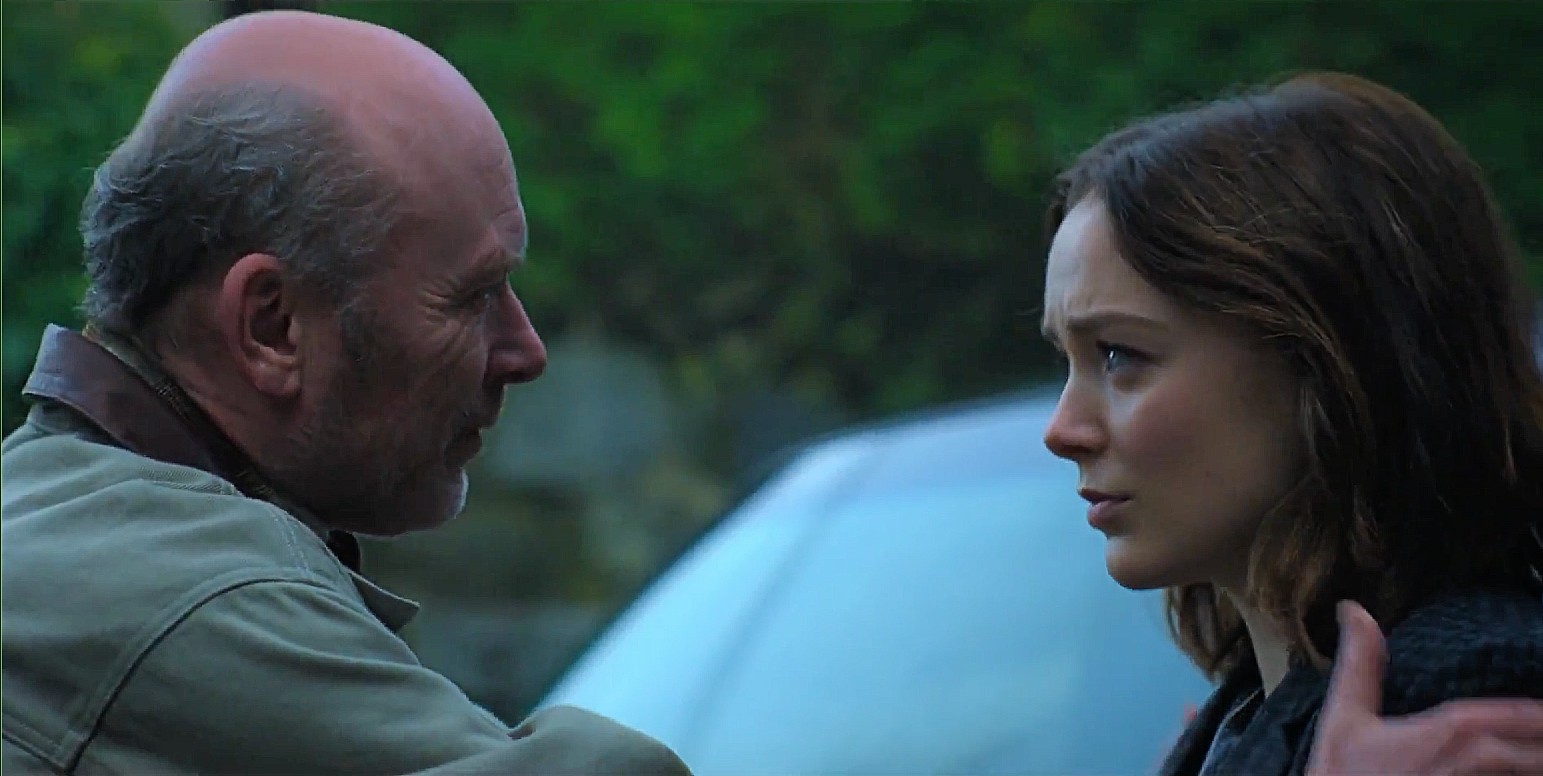 Though it was hard to move forward, Scylla and Edwin bid each other farewells for now. Edwin instilled his trust and love in Scylla much as he’s always done with Raelle, making sure that she knew her attempts to get Raelle back weren’t in vain and that he did care about her. This was such a touching moment that matched up next to Petra and Tally’s mother, May. In such troubled and dark times, their parents stepped up to support and protect them in all the ways they could and that was important. Not only was this incredibly vital, but it was definitely the peak throughout the episode. This was such an incredible message. you should always be able to rely on your parent(s) in times of need. That support is endless. 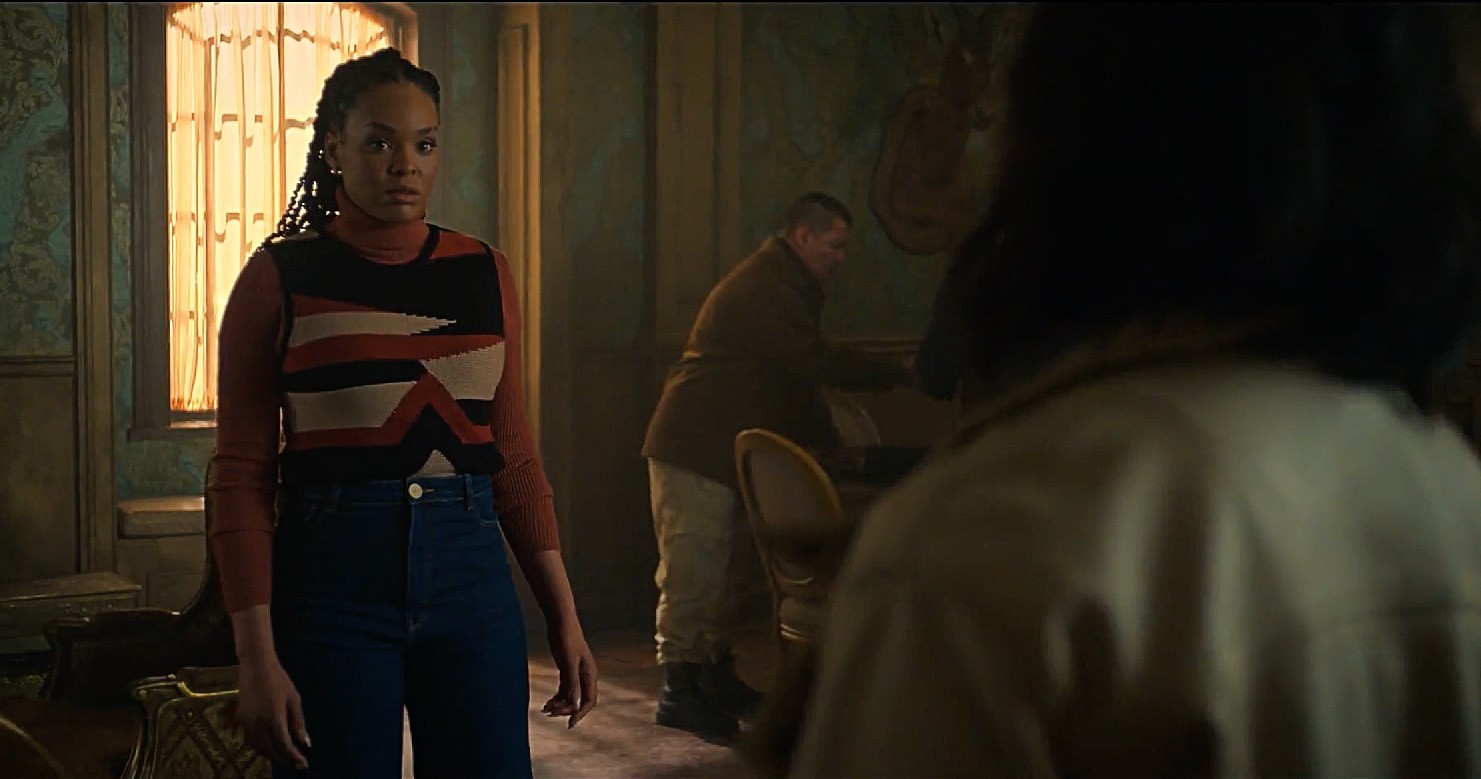 Blanton signed off on the invasion of the Cession, furthering The Camarilla’s mass witch hunt.  He has found every small technicality he can and in every episode. I am continuously shocked-much like I am in reality, too, with the disorder of the world. It’s the fact that people believe all of this is to better the world and that this war somehow brings people together, but it’s just the opposite.

Thelma was already ready for this day. The Cession’s preparation for a day they hoped wouldn’t come was admirable. There are just some things you have to keep on the horizon because they are not impossible. This coming invasion was one of them. Anacostia, Abigail, and Adil had a choice to make. With Abigail and Anacostia’s ambition and drive this season, it’s clear what side they’re joining this battle.

Alder had one last piece of business to attend to after helping The Mother dispose of the last camarilla drill and poison site. She returned to Fort Salem briefly, giving the army hope and asking them to keep faith in themselves. While the old Alder would’ve gone to fight first and coddle second, this new version reminded her fellow witches of where they came from and who they were. That there was freedom at the end of the tunnel. They wouldn’t perish.

The parents and their kids coming together to fight for their futures really grabbed and yanked at the almighty heartstrings. That includes Alder’s coming home to see her soldiers. The Camarilla is closing in from every corner and threatening not just the culture and way of life of witches, but their very lives. More and more, it’s becoming so obvious that this is a fight that our witches never expected, but they are rising up to meet it bravely.