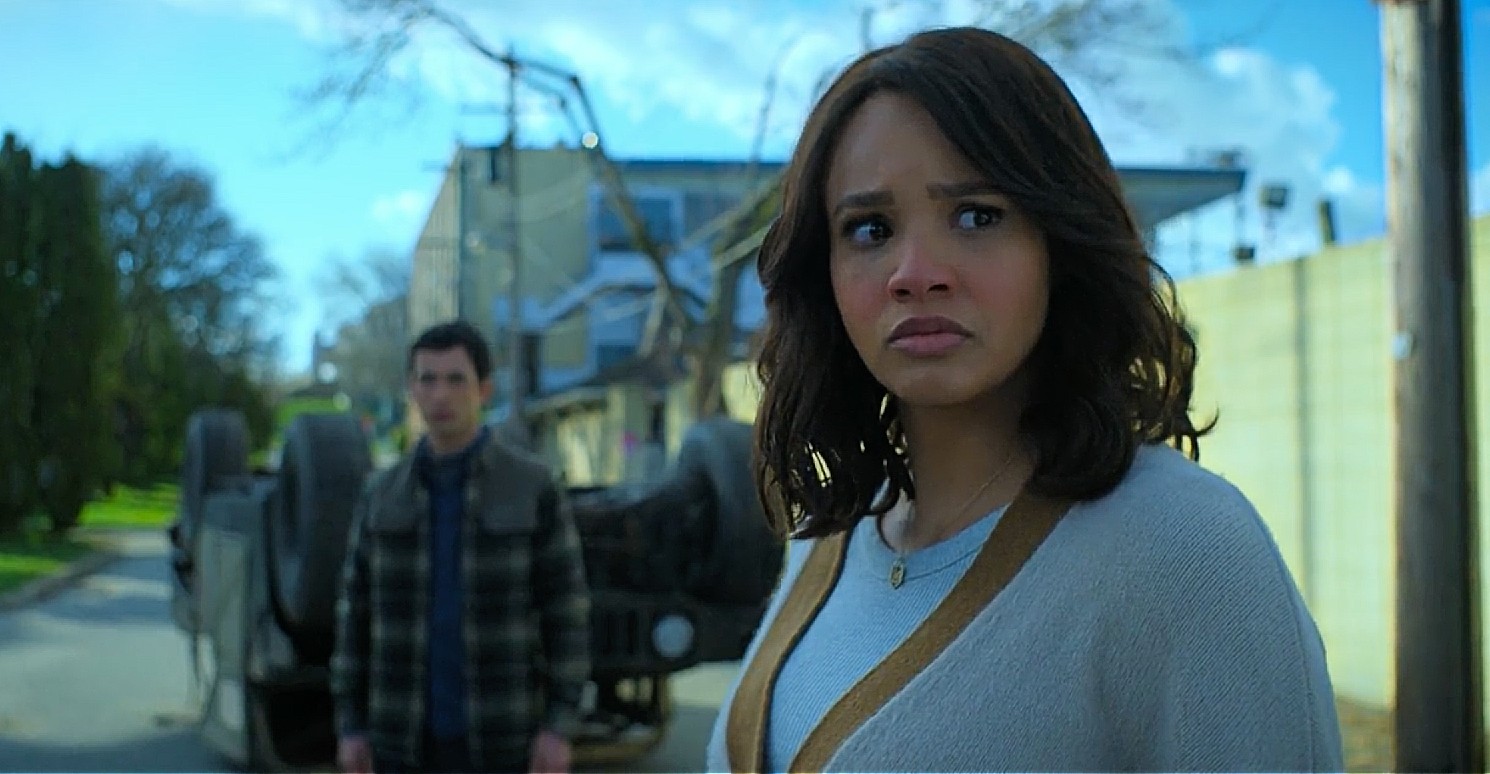 Last week (review here), the unit split up into personal missions. Tally went home to check on her mother while Abigail and Adil returned to Fort Salem. This week, Raelle returned from The Mother. A betrayal rocked the Cession. The invasion of the Cession began. 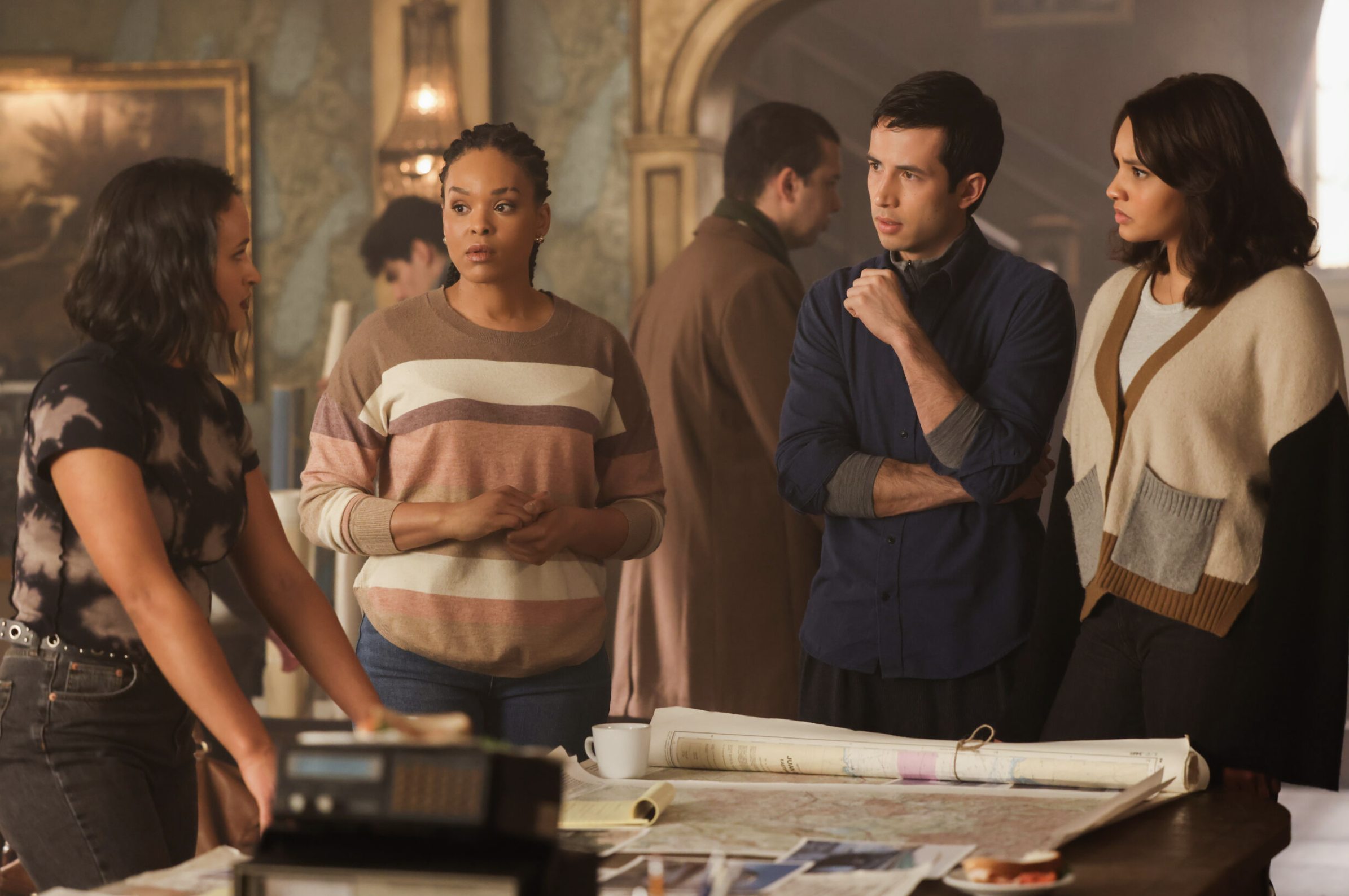 Thelma (Olivia Lucas) wished she could do more to help find the Marshal and Wade. With the Camarilla invasion closing in on the Cession, an emergency council meeting was called. The best she could manage was to point Abigail (Ashley Nicole Williams), Anacostia (Demetria McKinney), and Adil (Tony Giroux) in the direction of the closest marshal and see if they could connect with the Marshal. 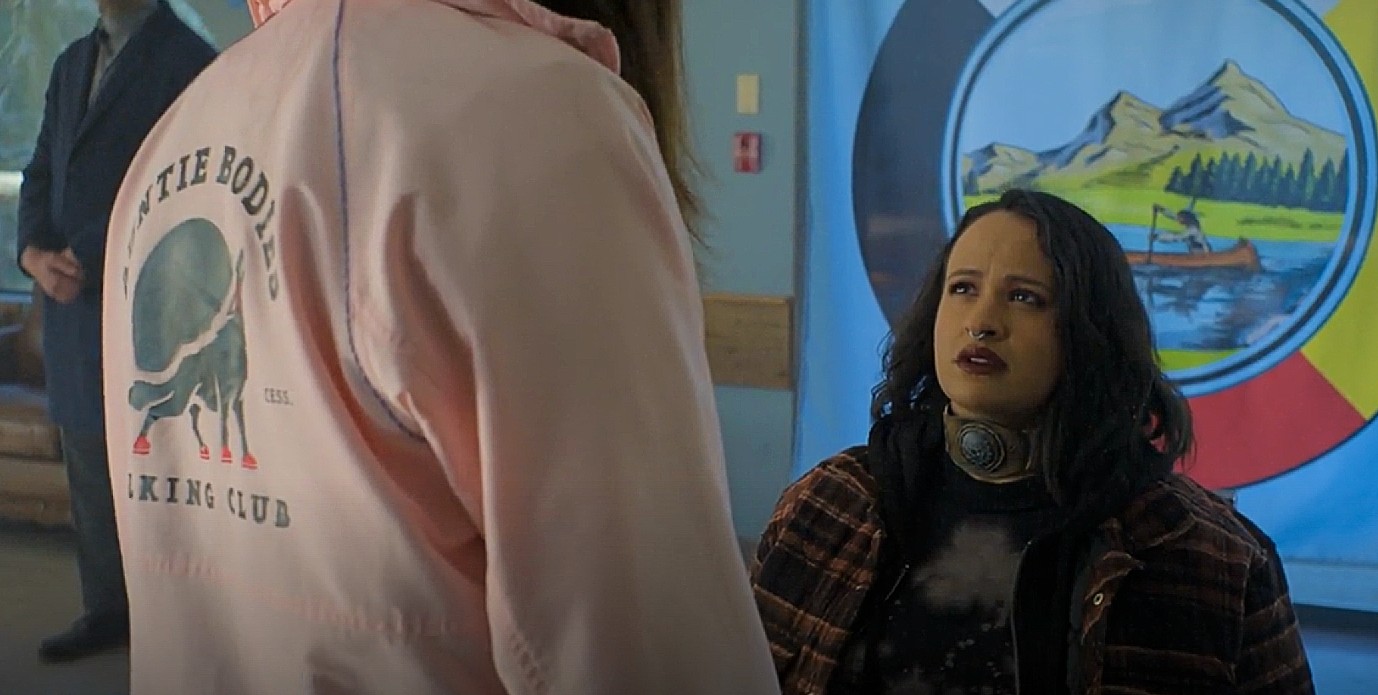 Though the meeting started out positive, it quickly escalated to a betrayal by Millie, a fellow council member. I didn’t think much of it since she’d been on the unit’s side during the meeting that determined their fate. The unit didn’t have very many people on their side. I was hopeful when I shouldn’t have been. More so, I’m finding myself liking Thelma more and more.

At first, Thelma’s cold and stubborn nature led me to think she would be problematic. That quickly changed. She cares so much for her people and didn’t want to see their land taken away from them. Over the short time, she’s been on the show, she has become one of my favorite characters that I’ve come to admire.

Elsewhere, Abigail, Anacostia, and Adil encountered problems visiting the nearest Marshal in hopes of finding Wade. The Camarilla had begun to close in on the borders and they brought Fort Salem’s cadets with them.

Abigail was tired of just standing by and doing nothing while The Camarilla continued their attack. Anacostia was determined to stick to the mission, but Abigail couldn’t let witches keep falling to The Camarilla. This was where they parted and Anacostia couldn’t have looked prouder. There’s a moment when you have to follow your gut. This was it for Abigail.

Abigail’s instincts have never led her astray. That’s what has made her such a great leader. She’s really come into her own. I’m in constant awe of each move she has made. All of the power and command she was striving for since the beginning was now at her fingertips. Her words of empowerment reminded the Fort Salem cadets that they are meant to protect the innocent, not harm them. This scene highlighted Abigail’s character growth. 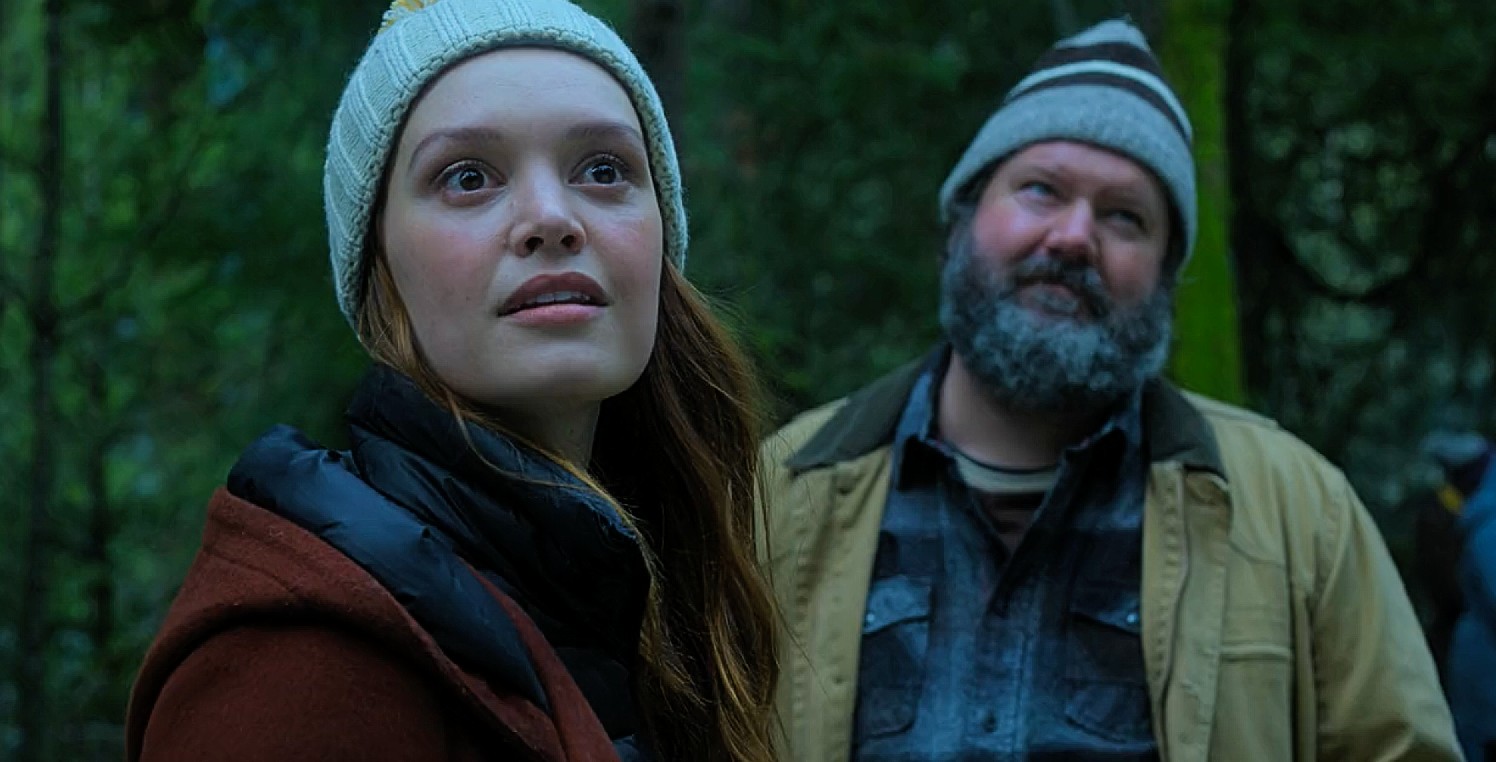 Tally’s (Jessica Sutton) return trip back to the Marshal estate took a detour. She was reunited with Scylla (Amalia Holm) and the draft dodgers they had received help from at the beginning of the season. It was truly a sweet moment. Though their lives are at risk, the dodgers wanted to help. More and more keep joining the war effort, giving hope to many.

The small arc Tally and Scylla shared in this episode was incredibly touching. These two out of everyone this season have been going through the most. From Scylla burning herself out trying to get Raelle back to Tally dealing with world-shaking premonitions. Both of them have been incredibly supportive, even though their hearts are filled with ache and dread.

If Abigail and Adil have been the strength of this season, Tally and Scylla have definitely been the heart, putting Raelle (Taylor Hickson) at the soul. 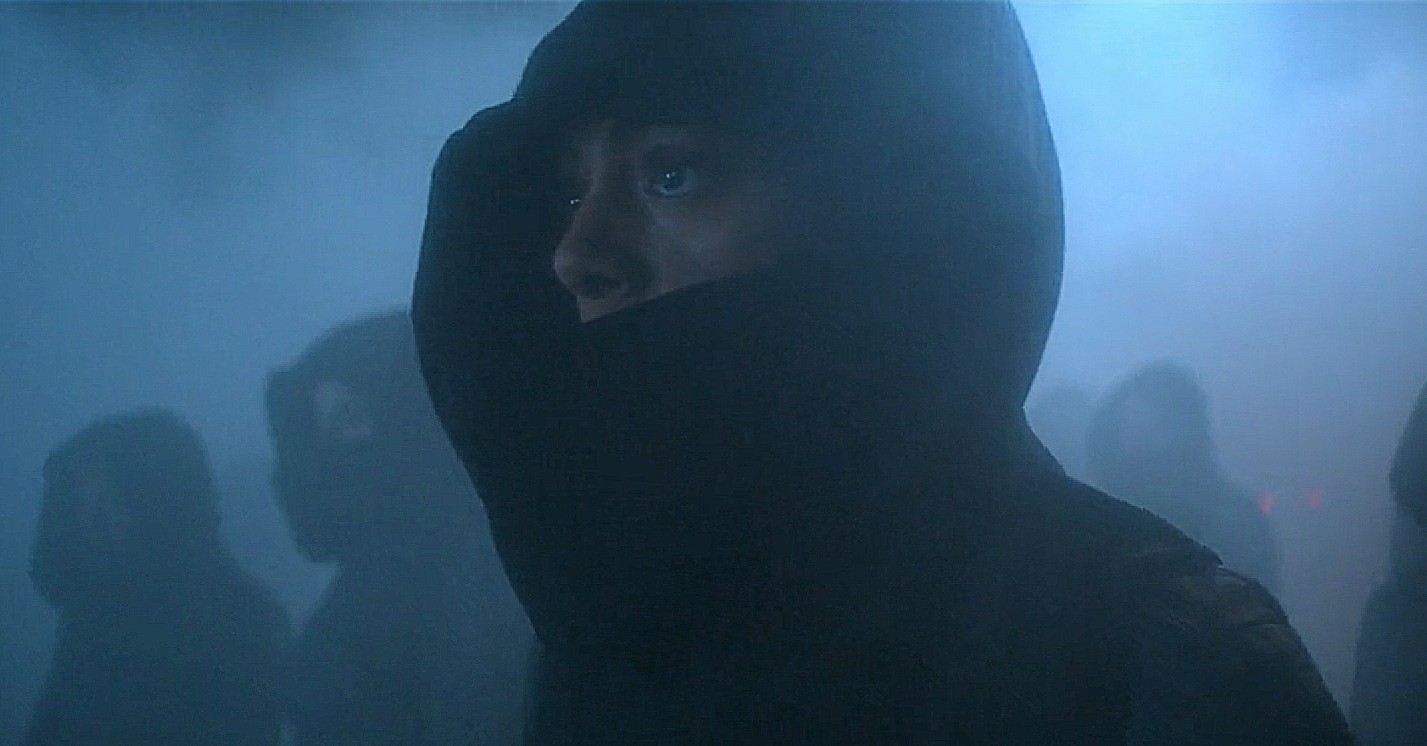 The Path of Non-Violence

After rescuing the council and capturing the traitor, the girls prepared for the invasion. This was a nerve-wracking moment because they were facing off against fellow witches in order to help the council get away to safety. They still proved that while The Camarilla chose violence, they did not. They kept to their defensive maneuvers with spelled fog cocktails.

The incredible show of non-violence gave the Fort Salem cadets all the strength they needed to follow not only in Abigail’s footsteps from earlier but in Tally and Scylla’s at this point. I got some hardcore goosebumps as they repeated their draft vows together, protesting this demand that they kill and hunt their own. 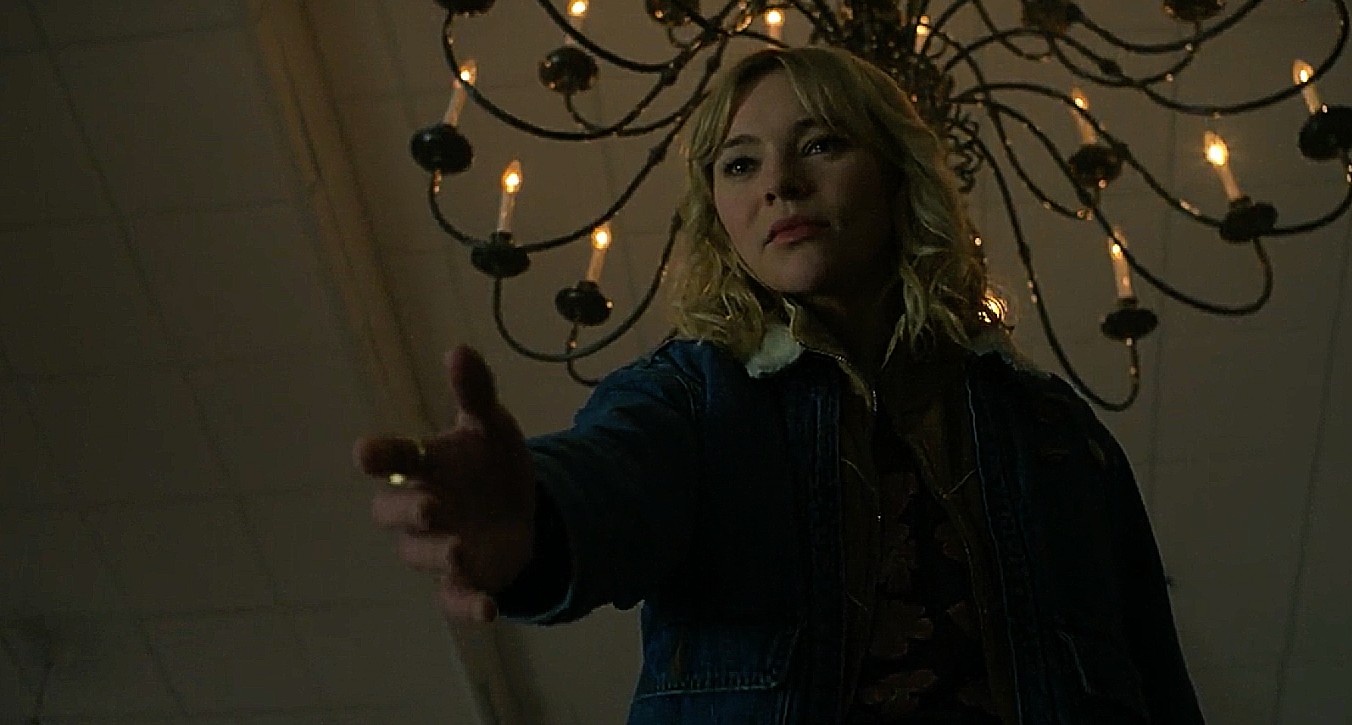 Still, there was the incredible, yet scary as hell moment that followed. Tally was nearly taken down by a camarilla shock trooper. The major update to the camarilla armor deflected witch-song back on the witch. Tally’s realization of this nearly cost her life. If it wasn’t for Raelle’s impeccably timed return, obliterating the soldier from the inside out, Tally would be dead.

Unfortunately, Raelle was still too late. Though she’d saved Tally, Scylla had been captured in the heat of battle. Where she’s going, witches never come back. So now, it’s Raelle’s turn to rescue Scylla. 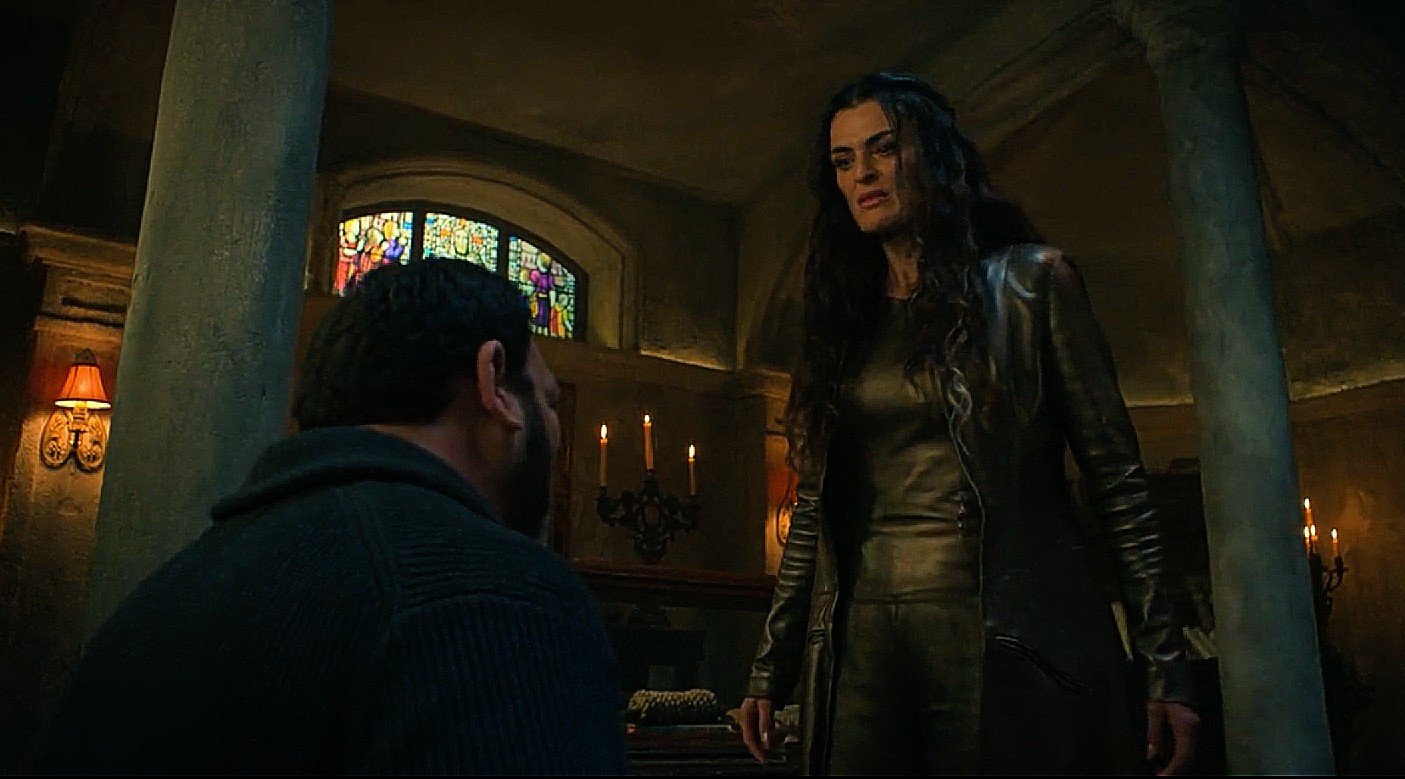 Alder’s (Lyne Renee) search for the first song continued and took her to Madrid, Spain. What she discovered was a witch hunter. Not just any witch hunter, but the very one that had created the desecration of witch’s vocal cords. He also passed it on to his protégé who was doing it currently, Hearst.

These dark discoveries led to one of the darkest moments of the season so far. Alder learned not only of other heinous acts against her fellow witches, but she took vengeance. It was brutal, but satisfying. Though she didn’t find another piece of the song, she did get retribution for lives lost. 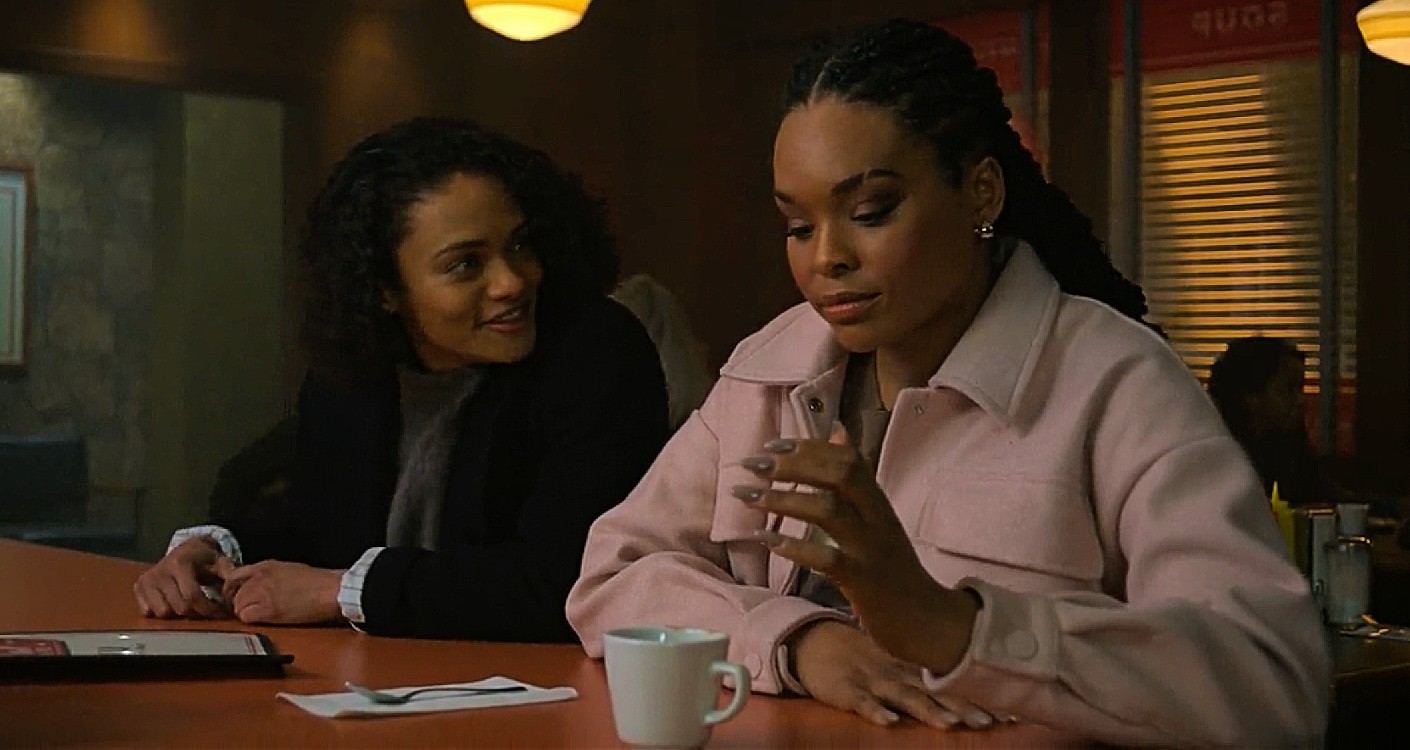 As the episode came to a close, I finally got to see where Nicte (Kandyse McClure) had gotten off to after fleeing before the council meeting. Anacostia’s mission led her to a diner where Nicte had been gathering an army of her own to fight back against The Camarilla.

This made me nervous for one reason, which I’ve mentioned previously. Much like Abigail disregarded Petra’s orders, it seems like Anacostia’s connection to the Spree has grown stronger. I don’t think she would’ve been able to not only walk in but out of that diner if it hadn’t. Nicte actually looked thrilled to see her and excited to join the fight against The Camarilla.

Alder returned to Tally, but it wasn’t a wellness-Talder-check. Alder wanted to prevent the future Tally saw, but in order to do that she needed Tally to look into the past to help find the next piece of the first song. Who better to teach her? With Tally’s unbelievable ability to see so far into the future, seeing into the past may take her powers to Alder, Nicte, and even Petra’s level. Is it too much too soon? I worry about how hard Tally keeps herself keeps growing. What could this do to her?

I have to hand it to Abigail. Standing up against her mother’s orders hasn’t been easy. Her leadership skills so far this season haven’t led her or others astray. Sure, she shouldn’t be doubting Tally’s vision, but she believes that even if it were true, Tally wouldn’t rest until a solution was found.

Her speech was stellar and ranked right next to Alder’s from the end of last week’s episode. Our fellow witches need this encouragement. I was in even more awe when Abigail forsook the U.S. Army and joined the Cession Militia with Thelma. It didn’t take long for these two to see eye to eye and join forces. And what forces they will be, which I’m glad for. This isn’t a time for bickering. There will be a reckoning.

Forces are rising up all over. I have no doubt that Blanton and The Camarilla haven’t seen anything yet. From the U.S Army to the Cession Militia to the guerilla forces popping up to the Spree. The Camarilla messed with the wrong people. These witches will not go easy into that quiet goodnight he so badly wants.