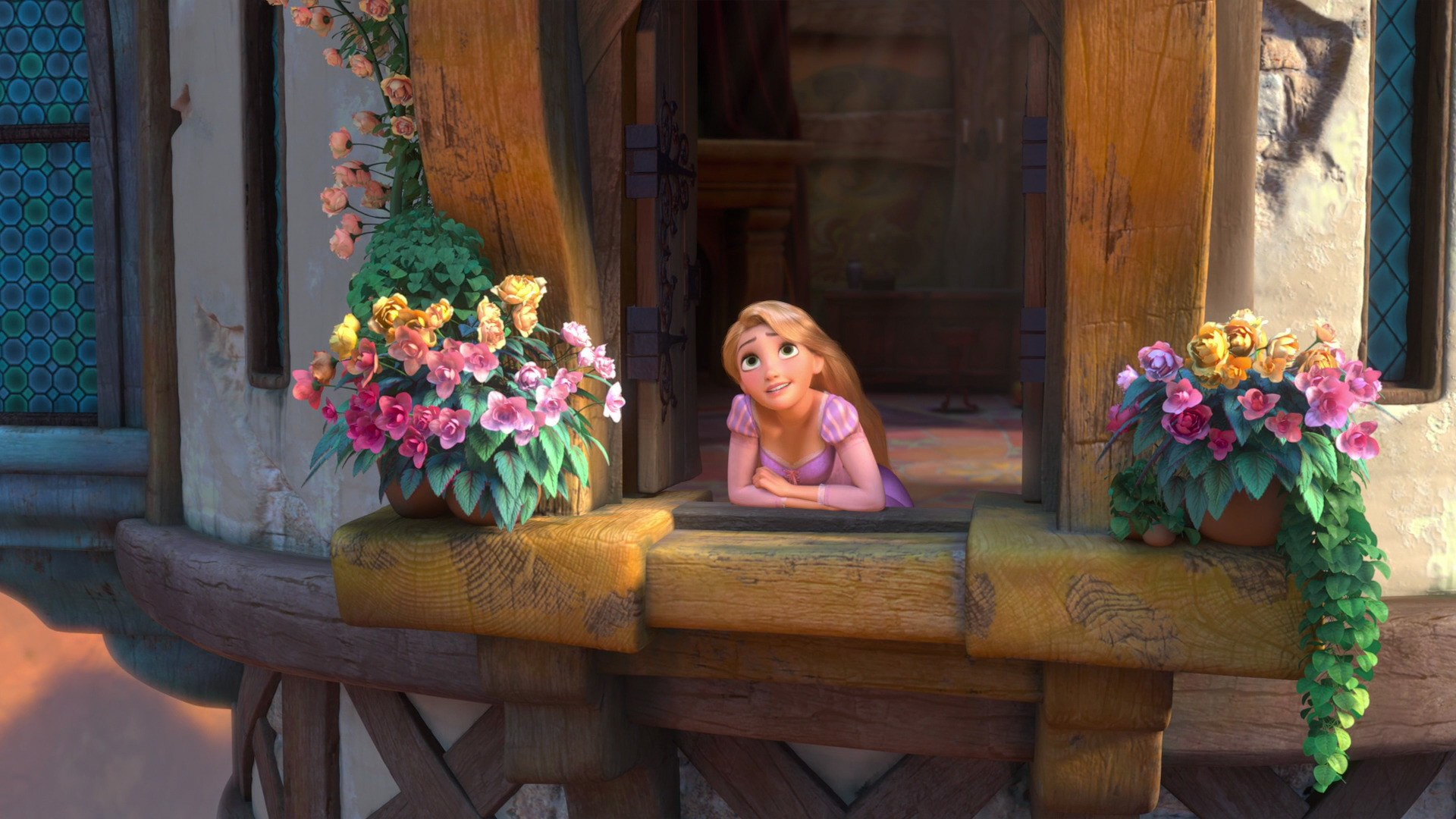 Welcome back for another cooking Friday at Cape & Castle! Don’t panic if you still haven’t gotten your Hogwarts letter after the last wizardly edition of the series. We have another classic recipe this week to help you pass the time: Rapunzel’s chocolate chip cookies! 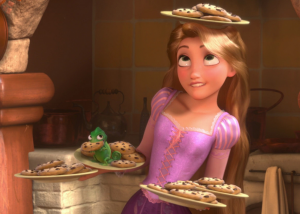 Waiting is one of the most emphasized themes of 2020 and is something our Tangled protagonist is not a stranger too.

While most would rob a king and queen of their gold and silver, one in the ironically named island kingdom of Corona seeks something far more precious—Rapunzel. Born with magical, golden hair, Rapunzel and her incantation song can patch any wound and restore the youth of any elder. Mother Gothel, who retained her youth for hundreds of years through the flower than gave Rapunzel her powers, kidnaps the princess and whisks her away to a secluded tower to hoard all the magic for herself. 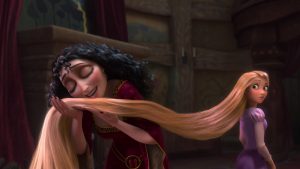 Under the guise of an overprotective mother, Gothel scares Rapunzel into hiding in the tower for eighteen years without an ounce of force. We’re not surprised it takes only a handful of seconds into the film to hear our trusted Disney main protagonist emancipation song, where we get a taste of the lonely day in the life of Rapunzel.

The quarantine queen of Disney, 2020 would be like a beat of the eyelashes for Rapunzel. Grasping onto any hobby she can to escape insanity, she engages herself in a variety of activities throughout the day while hiding from the men with pointy teeth in the outside world and waiting for her “mother” to return home, one of them been baking chocolate chip cookies!

A kingdom named Corona? A girl trapped in her house for long periods to avoid external dangers? We are starting to think Tangled predicted 2020. We hope this means a loyal pet chameleon will randomly show up at our doorsteps soon, too. 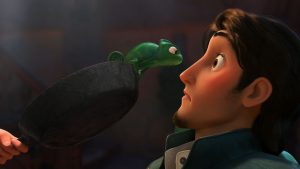 We used a recipe from hostthetoast.com! You can find the link here! With the irresistible ooey-gooeyness of chocolate chip cookies, it’s no wonder Rapunzel went with such a classic baking choice! Ignoring the CDC raw cookie dough warnings was probably the only way to experience a sense of rebellion in her otherwise risk-free life. 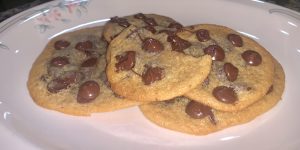 Tangled is an almost perfect princess movie, with such a well-rounded mix of humor, romance and charisma that one of its most crucial messages gets overlooked. Tangled is one of the only Disney films to offer a complex analysis that self-preservation only brings ruin while revealing love as the conqueror of death. While Mother Gothel seeks eternal life and beauty through Rapunzel’s magic, her ironic failure to see love as more life-giving than selfishness was her downfall. Mother Gothel only wanted the flower’s power for herself, and ultimately failed, but the characters like Rapunzel and her father who were motivated by love succeeded. 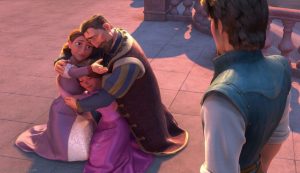 In the end, we can’t control how long we get, but we can control the quality of it by believing in love and doing whimsical things like baking cookies!

What other dishes would you like to see us make? Let us know on Twitter and make sure to share with us what cinematic dishes you are making @capeandcastle! You can check out other food articles here. Also, be sure to check out our site for more articles on all things Disney and beyond! 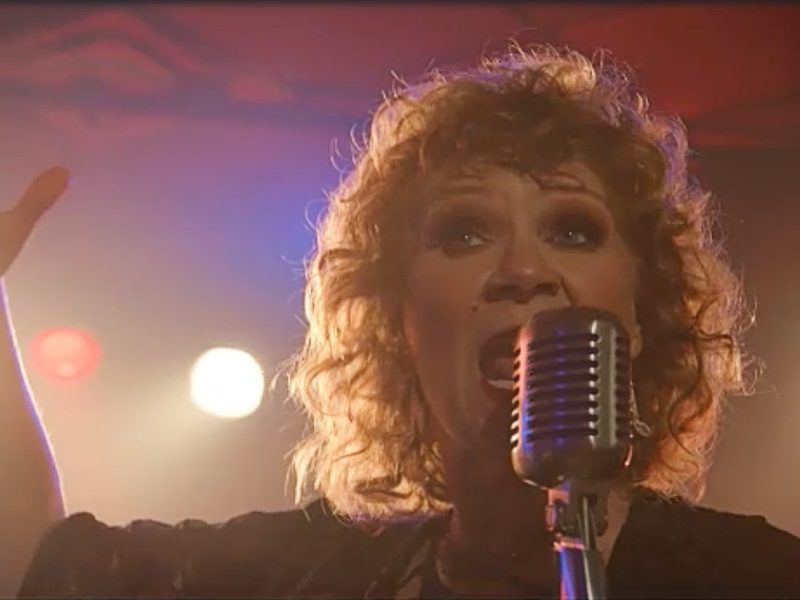