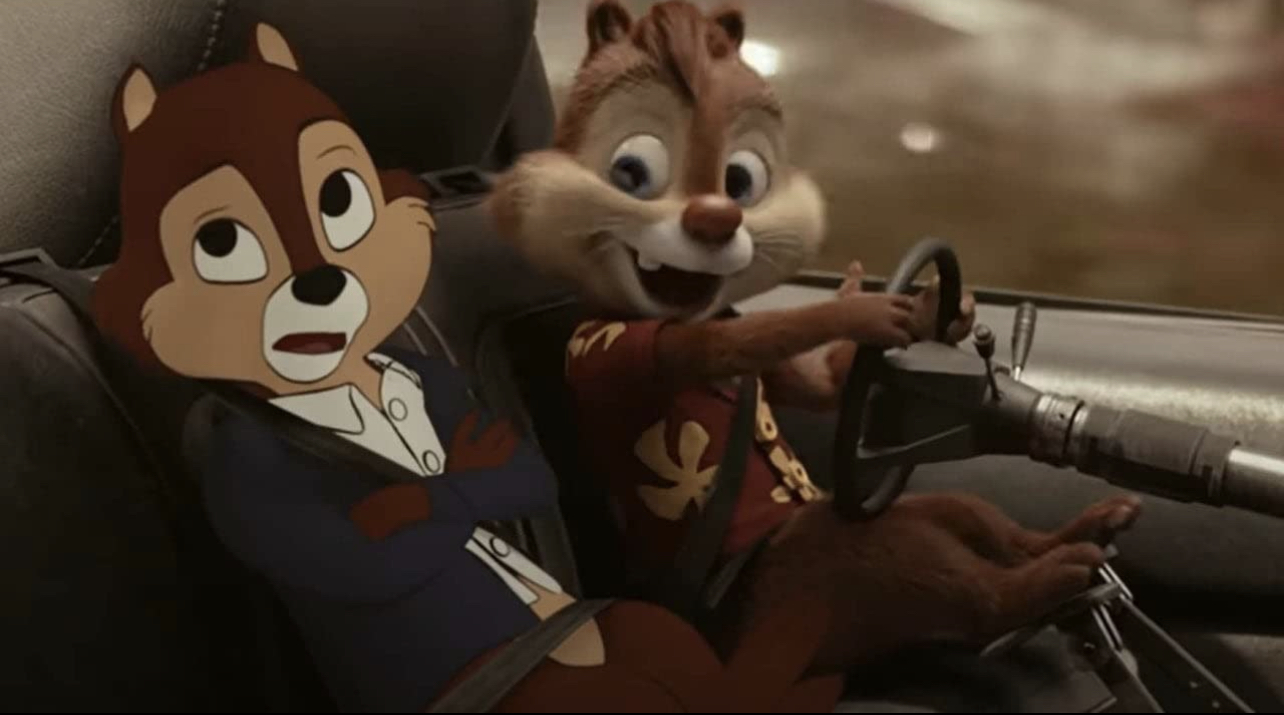 To be completely honest, I didn’t even know they were making a Chip N’ Dale: Rescue Rangers film until the trailer dropped. Let’s say after seeing the trailer, I could tell the film was going to be a fun nostalgic ride! Keep reading my review here on Cape & Castle to find out my thoughts!

Not knowing much about the story of the film, I have to say it was surprising how good it was!  Seeing how they centered the film more on Hollywood, the creation of the series was interesting to see – having Dale (Andy Samberg) still trying to make it in Hollywood after the cancellation of the series, while Chip (Jon Mulaney) work as an insurance agent was perfect!

I want to say that the film felt more like a satire than a retelling, the reason being the story focuses on… repairing Chip and Dale’s friendship after Dale tried to make his own series leading to the cancellation of Rescue Rangers. As a result, this leads to Chip and Dale working together again, after they found their good friend has gotten himself into trouble…

Chip N’ Dale: Rescue Rangers was filled with a lot of nostalgia – seeing old characters from years back from old Disney, to say the least, did bring back old memories. Honesty, I thought it was hilarious that they mentioned Nickelodeon, and Warner Bros – I was wondering did they get permission to use their characters?

Also, seeing the ugly Sonic was hilarious! It was the main highlight of the film for me! The question now remains – will they do a second film? If so it would be interesting as far story to see what direction they will go in! Nothing less, the film was an enjoyable experience!

Please check out Chip N’ Dale: Rescue Rangers on Disney Plus! Find and follow us on Twitter @capeandcastle to let us know your thoughts!