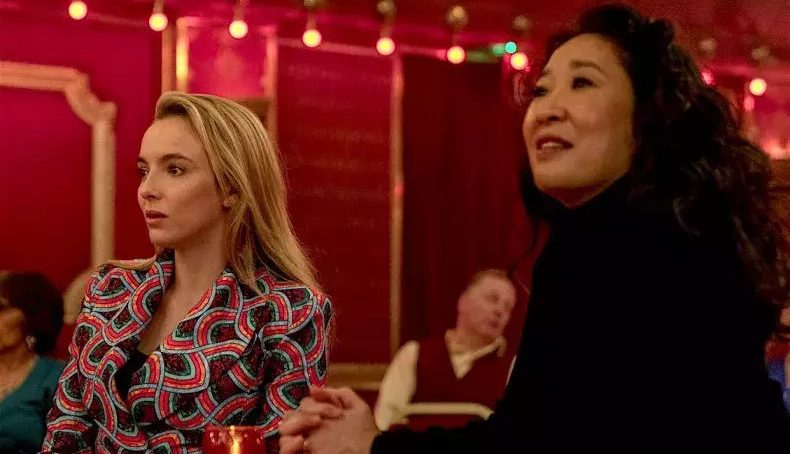 The Killing Eve Season 3 finale only manages to half shine with some delightful moments but feels overall quite anticlimactic.

The episode entitled “Are You Leading Or Am I?” was awaited for many reasons. The viewers hoped to be surprised and receive answers to lingering questions but it overall failed to ignite passions. But not exactly a damp squib thanks to the scenes between Villanelle (Jodie Comer, The Last Duel) and Eve (Sandra Oh, Grey’s Anatomy).

The third season started with the shocking death of Kenny which Carolyn, Villanelle, and the Bitter Pill staff put all their energy into solving. Needless to say that the identity of the killer was among the key interests of the plot.

While Carolyn has been still struggling to cope with her son’s death and her daughter Geraldine who insists on engaging meaningful communication, she is called by Kenny’s former colleagues to be shown some retrieved footage from the day he died. All are stupefied to find out that Konstantin was on site moments before his death (something I called in my review of episode 1)

Shocking twist (to some extent), until Carolyn confronts her former lover in her boss’s flat — it sounds awkward but he’s actually an undercover agent of the Twelve. She holds him at gunpoint as she forces the truth out of him. According to Konstantin, he went to see Kenny to protect him but the young man, frightened, accidentally fell off the edge before he could catch him.

Either Konstantin is a terrible liar under great pressure or Kenny is a victim of the most trivial deaths considering his past history as an MI6 agent. Something doesn’t sit right and simply leaves the viewer hoping for another twist that never comes. 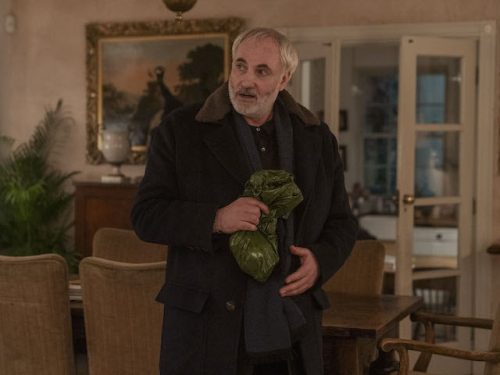 After a tense scene where Carolyn makes Konstantin go down on his knees presses the gun on his forehead while he begs Villanelle who is watching, indifferent, for help, Carolyn shoots Paul, covers it up as suicide and lets Konstantin leave with his money.

Of course Konstantin is a valued member of the cast but this looks like an easy way out. Again, another anticlimactic note.

The Twelve can wait

Another important mystery in the show is the secret Russian organization. Carolyn and Eve have been relentlessly tracking it since season 1.

The new season gave us more of insight into the person of Hélène. The last time we saw her, she coolly threatened to kill Villanelle. So when her henchwoman showed up, it wasn’t far fetched to imagine a fierce confrontation, as teased in the previous episode.

After fashion icon Villanelle makes precious criticism of her counterpart’s style on the Tube platform, she kills Hélène’s minion (with some hesitation) and catwalks away. I guess the Frenchwoman will have to wait until season 4 to pay her dues. 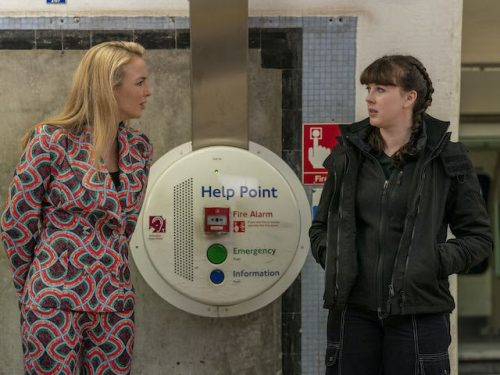 But not only that, when Carolyn coldly murders Paul, Eve rightfully reminds her boss that he was the key to the Twelve. Carolyn’s answer probably the whole audience perplexed: “One cannot destroy the Twelve”. Way to discredit your job and half the series!

The truth is Paul could have been a valuable asset into uncovering the organization but it was wasted and swiftly swept under the rug. Quite disappointing for the viewers who were actually hoping that the Twelve could be dismantled.

Eve and Villanelle explore their connection

Undeniably, the strength of the series is its two leads and the magnetic connection that inevitably pulls them back to each other.

The whole season teased their reunion in more or less extravagant ways but always with a subtle, underlying fondness. 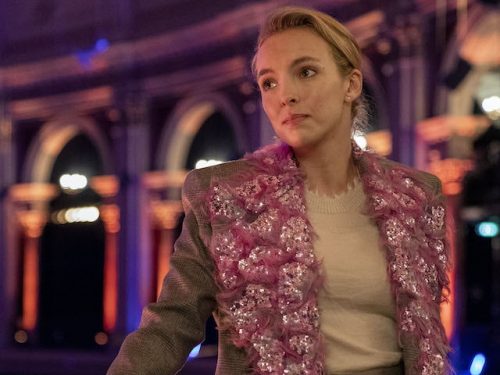 In this finale, the two women meet a few times and dwell on burning questions.

It first begins in a retro ballroom, where Eve unexpectedly takes the lead for a dance during which they discuss their somber past and their uncertain future.

Uncertain indeed since Carolyn declined Villanelle’s application to work for MI6 as something other than a killer.

After witnessing the confrontation between Carolyn and Konstantin like two confused, jittery girls caught in the middle of a family fight, Villanelle and Eve have a heart-to-heart talk on romantic Tower Bridge under a full moon that forebodes unveiled truths, Eve admits feeling their connection and regrets the effect their encounter has had on her formerly quiet life.

Villanelle offers a solution, to walk away in opposite directions and never look back. They part silently but eventually pause and turn. It is obvious neither can continue to pretend to run away. They stare at each other in an unreadable silence.

Will Carolyn change her mind and decide to hire Villanelle? How can Eve and Oxana cohabit without compromising their nature?

The finale disappoints with some answers but manages to raise a few new questions. Hopefully Season 4 (which was confirmed) will do better where the one that just wrapped failed.

Share your impressions on the Killing Eve Season 3 finale with @CapeandCastle!