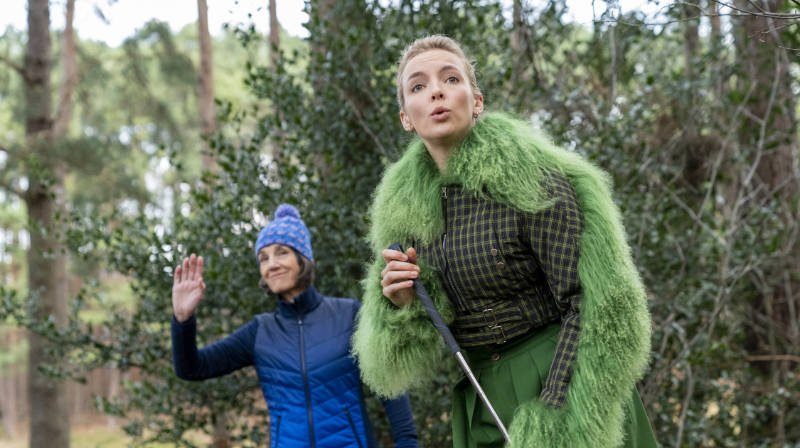 The penultimate episode of this third season of Killing Eve teases reunions, face-offs, and Surprises

In Killing Eve 3×07, Eve (Sandra Oh, Grey’s Anatomy/ABC) is seeking out Villanelle (Jodie Comer, The Last Duel) all the way to Scotland, Carolyn is getting frustrated and Konstantin has a lot on his plate to deal with. The episode slowly but effectively sets the ground for a turbulent season finale.

Carolyn is determined to get The Twelve

Since Kenny’s murder, Carolyn has been (stoically) up in arms about the Russian organization, seeking revenge against whoever is responsible for her son’s death. But the investigation has been going slowly (pretty much since Season 1) — what was once a thrilling puzzle to solve has turned into a frustrating ghost chase. 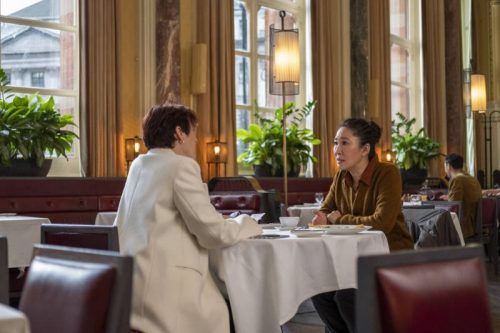 Carolyn puts pressure on her assistant to find proof that her boss, Paul, is an undercover member of the Twelve. By the end of the episode, Carolyn’s agent who has finally found compromising evidence is killed by Hélène’s henchwoman, introduced earlier during the meeting between Villanelle and her boss.

For the first time, after Geraldine’s nth attempt to get an emotional response from her mother, Carolyn breaks into a fit of rage and smashes some vases. Is Carolyn’s unbreakable persona beginning to crack? We are beginning to suspect that the biggest surprise of the finale could come from her. That slippery slope Carolyn is on could have far more damages than we expect. Emotional Carolyn could be more dangerous and unpredictable than the pragmatic boss she was in the previous seasons.

Konstantin has his hands full

Villanelle’s former keeper has been busy planning his exit. In the previous episode, his impromptu escape attempt was cut short by his daughter’s sudden urge to drive over her mother’s husband with the family car.

In prison, Irina is diagnosed as a future sociopath (with a concerning head start) which has the knack to make her father laugh. Despite trying to bribe the staff, Konstantin is left with no choice but to leave his daughter behind (the Best Dad mug will have to be for another time). Irina is obviously upset and parallels Villanelle’s journey with his father figure. 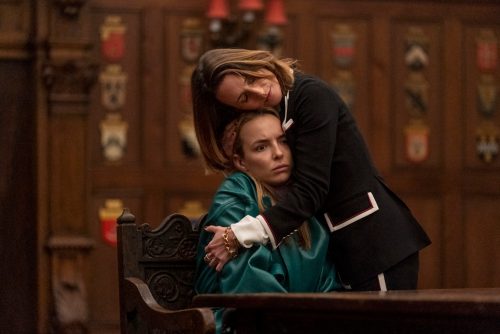 But she isn’t the only one. Back in London, he has a surprise dinner date with Geraldine that quickly turns sour. Carolyn’s daughter, who feels played, has a fit. And clearly Konstantin is tired of dealing with shouting girls. He further pushes her away by admitting using her to spy on Carolyn.

But all the stress is weighing down on him. After picking up Villanelle in Aberdeen to run away with her, he collapses moments before boarding the train. Konstantin and Villanelle have a sober but emotional conversation about his possible death.

But it takes more than a heart attack to bring him down. He wakes up in the hospital and bursts into a cynical fit of laughter when the nurse warns him against stress. Someone else seems to find the piece of advice very funny: Dasha, lying in the bed right behind the curtain.

The fact that Villanelle’s mentors and parental figures both meet in poor shape hints at a delightful face-off between the two.

Eve and Villanelle are running

Villanelle is determined to leave the Twelve. After a strange meeting with Hélène during which the enigmatic boss feigns to act like a mother and Villanelle welcomes it with an oath to kill her, the two women part with the promise of an ominous confrontation in the future. 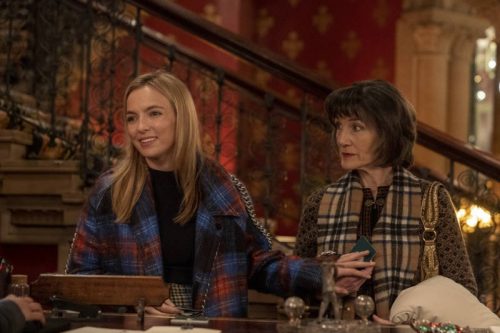 Next, Villanelle and Dasha head to Aberdeen, not without a palpable tension growing between the mentor and her mentee. But Dasha is too pleased to be sent back home to Russia to be truly offended.

In the meantime, Eve is working hard on finding Villanelle, much to Carolyn’s peevishness. “Heroes only get the girl in Hollywood” has to be the funniest line of the episode. But Carolyn isn’t the only one to be confounded with Eve’s obsessive determination to track Villanelle. She traces the birthday cake order with the help of Kenny’s former colleagues and finds the lead in Aberdeen

In Scotland, as they play golf together, Dasha challenges Villanelle to a final kill. As luck would have it, an American nearby catches their eyes and becomes the obvious target (because Americans are just so obnoxious). The two women isolate him and, as Villanelle is about to strike him with her golf club before the sight of his obnoxious behind peeking over his pants, Villanelle hits Dasha instead. She leaves her alive though. Clearly, Oxana seems to be truly done with killing.

The episode strongly echoed the first season as we watch Eve relentlessly chase Villanelle and be only moments away from catching her. Thanks to the American golf player, Eve finds Dasha who admits to being Niko’s attacker. The snarky comment about the mustache may be relevant but it certainly came at an unsuitable time.

Eve’s dark side peeks through again as she coldly steps on her ribcage to finish her off. The parallel between Villanelle shedding her killer skin and Eve slowly embracing it is cleverly shown in this episode. 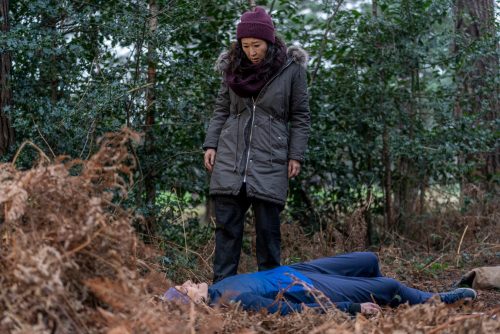 After that, Eve arrives at the station and finds Konstantin lying on the ground. As the train departs, Eve and Villanelle have a fleeting reunion on the platform. Again, another romantic trope that is revisited Killing Eve style.

But this isn’t the end. Villanelles phones Eve directly on her mobile phone, leaving her dumbfounded in the middle of Liverpool Street Station.

This concludes Killing Eve 3×07 and teases an intense reunion for the finale next week. The third season was a game of chess, slowly moving pieces across the board to strategic positions before the critical endgame.

Share your thoughts on the episode and the finale with @CapeandCastle! 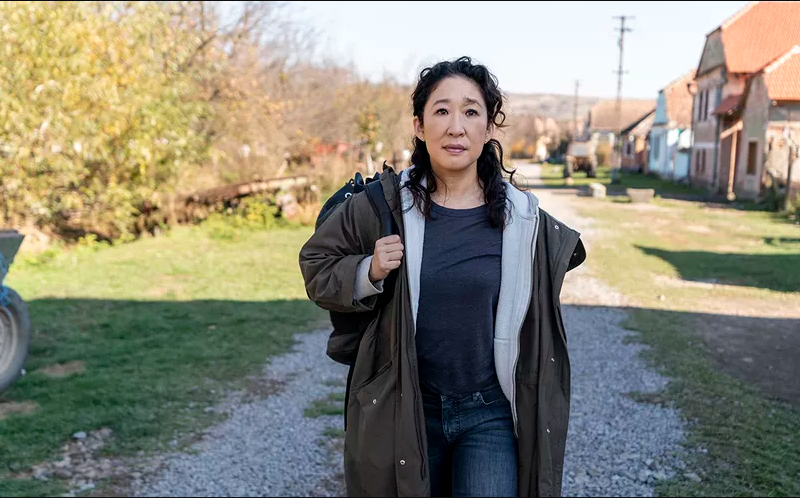