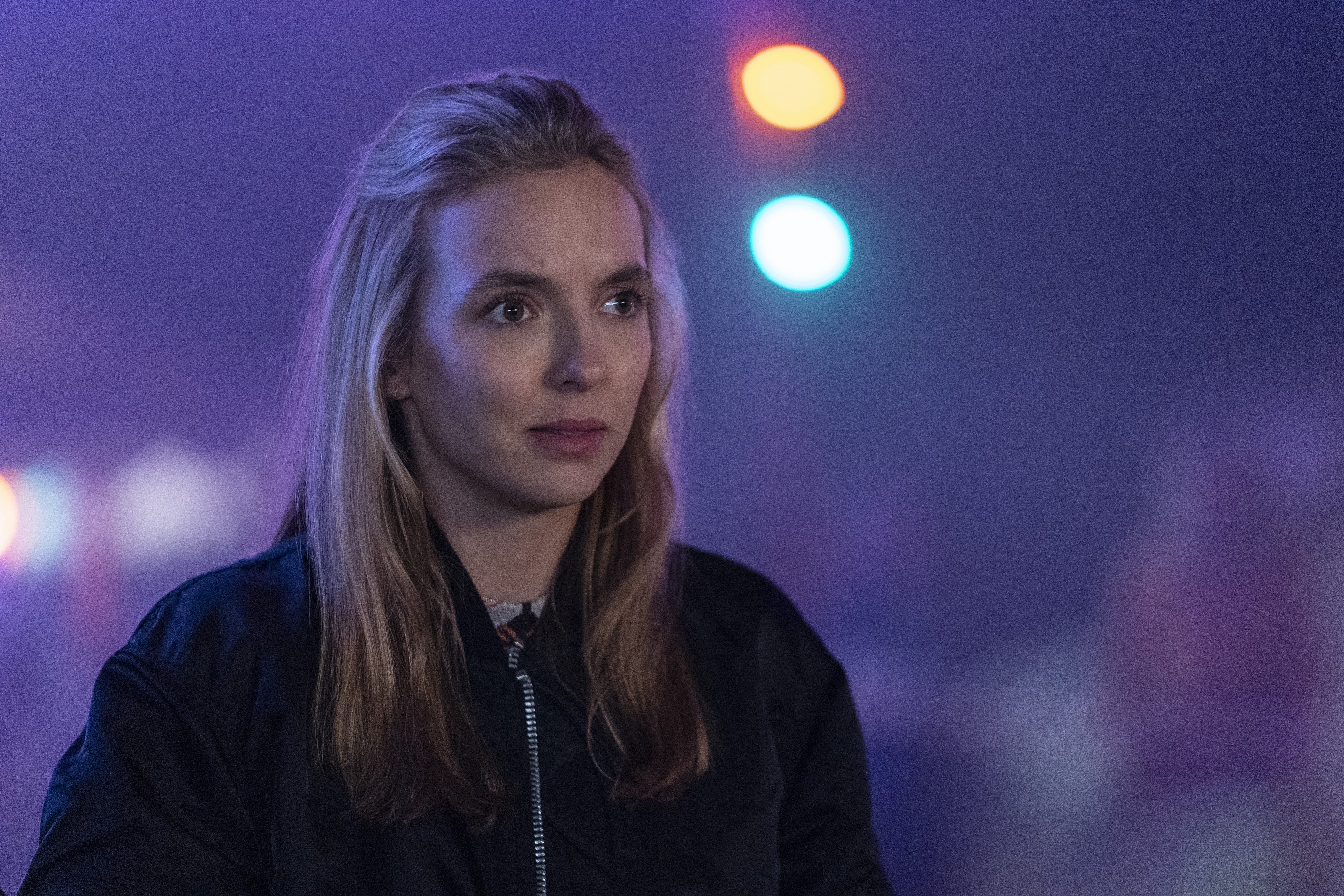 This week, Killing Eve takes us on new territory and delves into Oksana’s childhood.

At a slower pace than the previous ones, the Villanelle centric episode entitled “Are You From Pinner?” dives into family dynamics, underlying trauma and confessions.

The episode opens with Villanelle, headphones on, walking down a path in the Russian countryside with a sulking expression, looking like a schoolgirl heading back home.

Appearances vs reality is a strong theme as Villanelle arrives at a seemingly homey-looking kitchen: thread balls in a basket, a full fridge with a child’s drawing pinned on the door. But the idyllic family environment is quickly spoiled by reality when enter the different family inhabitants. The whole picture gives us to see a chaotic family with little to no care or interest until walks in Villanelle’s brother.

The Russian assassin — who insists to stick to English — is unresponsive to her sibling’s rush of affection.

Villanelle remains pretty laid-back and apathetic, and chooses the company of the young Elton John enthusiast boy Bor’ka, until her mother comes home. Then she panics and frantically look for a way out, in vain. The mother bursts into tears and takes her in her arms much to Villanelle’s emotional disarray.

This reunion sets the tone for the mother-daughter relationship. 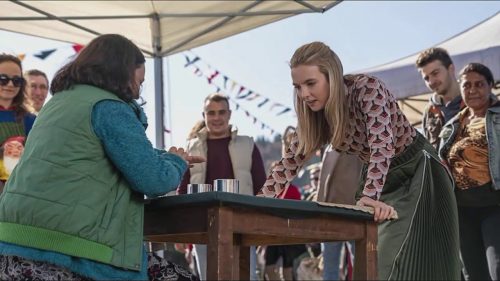 Over the episode, Villanelle trades clothes for more traditional ones as she slowly lets Oksana come out.

The family heads to a harvest festival with sporty events and folkloric music. Oksana seems to blend in pretty naturally for the first time since she arrived in Russia and is successful in all the games she partakes. Is luck on her side or are her skills making her superior? Whatever it is, it is mostly received by the locals’ disgruntlement, including her own family.

Later in the evening, Oksana witnesses again Bor’ka’s emotional distress and anxiety. He tells her how he fears he will miss Elton John’s concert.

No doubt, this family is dysfunctional and it mostly impacts the teenager. A clear echo to Villanelle’s childhood. 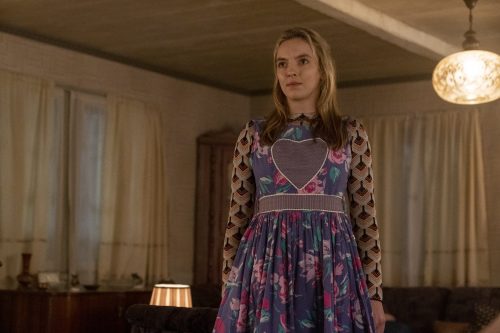 At different times in the episode, Villanelle has conversations that inevitably revolve around her mother. After advising her cuddly brother not to let their mother control him, she next goes to talk to the new husband.

It becomes obvious that Oksana has a beef with her mother figure and the episode builds anticipation over the confrontation. 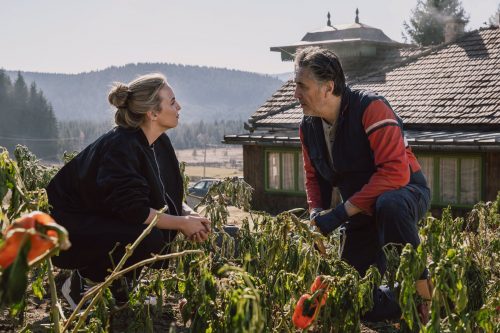 It eventually happens late at night, when Oksana plays a bloody prank on her mother in the kitchen. She asks her to wipe her red tears clean but the mother first refuses, saying she is big enough to do it herself.

But as she does so, the mother urges Oksana to leave the house because she doesn’t have her place. Sure, the episode did nothing but show us how she does not fit in this weird family but it is something else to hear your mother say it!

This is when Oksana attempts to get her mother’s sympathy by admitting being an assassin. Her response is definitely not maternal: “You were bad from the beginning.”

Oksana breaks down and sullenly says she never resented her for not coming back for her but that her greatest fear is to be like her. Her mother fails again at her comforting role and this is when Villanelle resignedly whispers that she must kill her now.

Next, Villanelle is setting an arson, while Bor’ka’s wakes up to a note urging him to go the barn, where her brother sleeps (the only two redeemable people). The boy finds an envelope full of money to go see Elton John and the family house blows up.

How will these events influence her in the future? Have they helped her to heal some trauma or only heightened them? Her expression on the train seems to forebode a dark turn for the second half of the season.

Share your thoughts on our Killing Eve 3×05 review with @CapeandCastle!