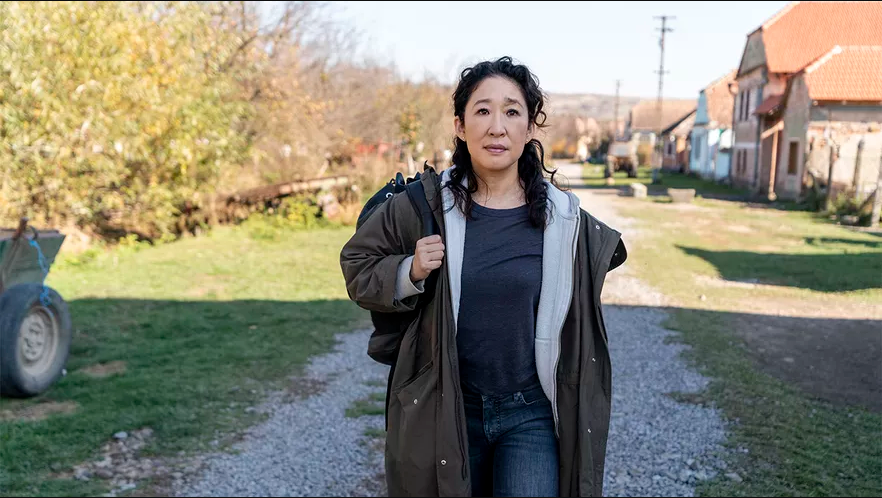 Killing Eve episode 4 is, by far, the best episode so far of the new season

A new format, interwoven storytelling, and surprises — you’re down for a treat! Buckle up for the intricate ride that was yesterday’s new episode.

Here is our Killing Eve 3×04 review (find our other ones here)!

Episode 4, called “Still Got It”, right away sets the tone of surprise by opening on a character we thought we wouldn’t hear much of now: Niko. His name prints in bold capital letters on the screen instead of the location title the show has gotten us used to. This episode is told from each character’s point of view and if you wonder why Niko is getting priority, just be a little patient — it will eventually all fall into place like a puzzle.

So Mr. Polastri, it is! Niko has chosen the high road and it resembles a quiet dirt track road in the Polish countryside. He works as the bread man, takes selfies and drinks beer at the bar. Life is pretty peaceful. But Eve is nagging him with texts and he isn’t sure he wants to respond. 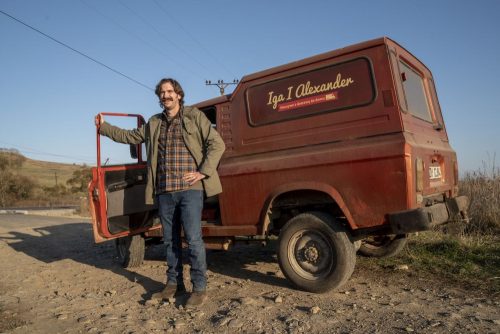 Next, it switches to Eve’s point of view as she wakes up on the sofa at the Bitter Pill. She makes her way to the bathroom and prepares for a new day although she can’t seem to shake off that ghost smell in her hair (Villanelle’s smell of power, perhaps?). But today isn’t any day, it is Eve’s birthday, as we find out thanks to Villanelle who sent her a cake. Eve goes to open it on the rooftop and finds a cake shaped as a red double-decker bus. How cute!

But Eve gets rid of it Kenny style and throws it off the building (too soon? yeah, probably). Jamie turns up and says he knows she sleeps in the office; he offers her a room in his flat.

The following evening, Eve is on her phone, trying to get a text from Niko. Jamie has the funniest description for it, “You look like a sad teenager waiting for a like on Instagram”, and I must use it someday. The two begin to bond by sharing their tragic backstories but it quickly turns into a strange competition. The point is they share common ground.

The team links Villanelle’s Catalan mission to Dasha’s unresolved murder at the gym 40 years ago. It sounds like they will soon be on her tail. But not soon enough…

Eve receives a text from Niko and flies to Poland to have a chat with him. She finds him fixing the door of a barn and waves.

Killing Eve Who is she? All I know is that I love her style. Photo: BBC America

The episode switches to Konstantin driving in Moscow. He pays his daughter a visit and, as the responsible father that he is, asks her to skive off. Irina hasn’t fallen far from the tree: she is as bold, blunt and smart as her father. She tells him he needs to plan their future properly.

Konstantin is back to England the same day and listening to a sobbing woman whose husband has just been murdered. She mentions a file. Konstantin asks that she sends it to him and suggests she hides somewhere safe. She tells him she will go to her holiday house.

Next, he goes to find Villanelle in Barcelona. 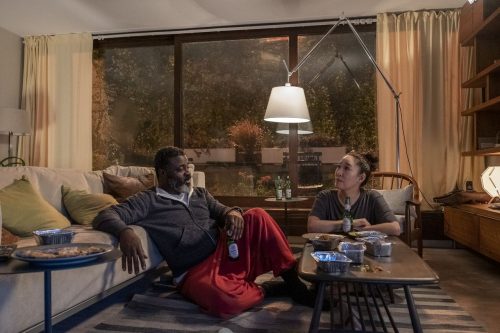 Eve and Jamie bonding over their failures. Photo: BBC America

The episode rewinds to give us Villanelle’s point of view. Our favorite killer is busy baking a birthday cake in her big house. But it isn’t very tasty as Dasha informs her less diplomatically. Her mentor came to discuss her personal whereabouts in London — Villanelle admits to meeting with Konstantin. Dasha warns her not to lose sight of her goal and tells her they want to see her. Villanelle is thrilled at the prospect of a promotion. She goes shopping downtown and is met by Konstantin.

They go for a private chat on a cable car! And it seems Konstantin is scared of heights — could it be a clue that he isn’t Kenny’s killer? Anyways, he has a deal for her: he will tell her where her family is if she agrees to complete a mission “off the record” for him. She goes to the sobbing widow’s holiday house in Lyon. Follows a zany chasey game in the garden that concludes brutally in the greenhouse.

Carolyn’s days have become uncharacteristically monotonous. She meets with her boss in a fancy restaurant. She puts an end to the conversation about loss and asks to have her office back.

But her request clearly isn’t successful as she quickly returns home. Her daughter, Geraldine, breaks down because of their lack of communication. Carolyn isn’t very receptive (shocker) and heads back to her room. Her aimless day is over.

Next, we follow the other iron lady of the show. Dasha is shown in the public swimming to her pack of cigarettes. She is interrupted by a new mysterious character. The woman, that Dasha seems to fear, says she is aware of Villanelle’s connection with Eve. Dasha offers to kill her but the woman suggests it would be simpler to widen the gap between them instead. 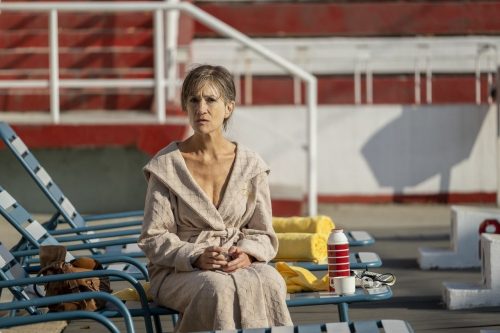 Dasha is plotting her most evil plot yet. Photo: BBC America

Next thing we know Dasha is dressed as a countrywoman in Poland, taking us back to square 1…and to Niko. She has asked him to fix the door of the barn. He is the means to draw Villanelle and Eve apart. Dasha is planting fake evidence that Villanelle is responsible when Eve turns up. She waves at Niko who waves back before Dasha stabs him in the throat from a hidden spot.

It is now official: the mustache is gone.

In the last scene of this well-knit episode, Villanelle gets off a train, rubs the spot on her throat where Niko was hit earlier. The word HOME flashes on the screen. But where is home exactly?

And that concludes this Killing Eve 3×04 review…

Will Eve believe Villanelle killed Niko? When will Villanelle find out that Dasha framed her? What is Konstantin’s plan exactly?

So many questions and we love it! Killing Eve was a serious bang last night and we’re here for it!

Share your impressions on our Killing Eve 3×04 review with @CapeandCastle!