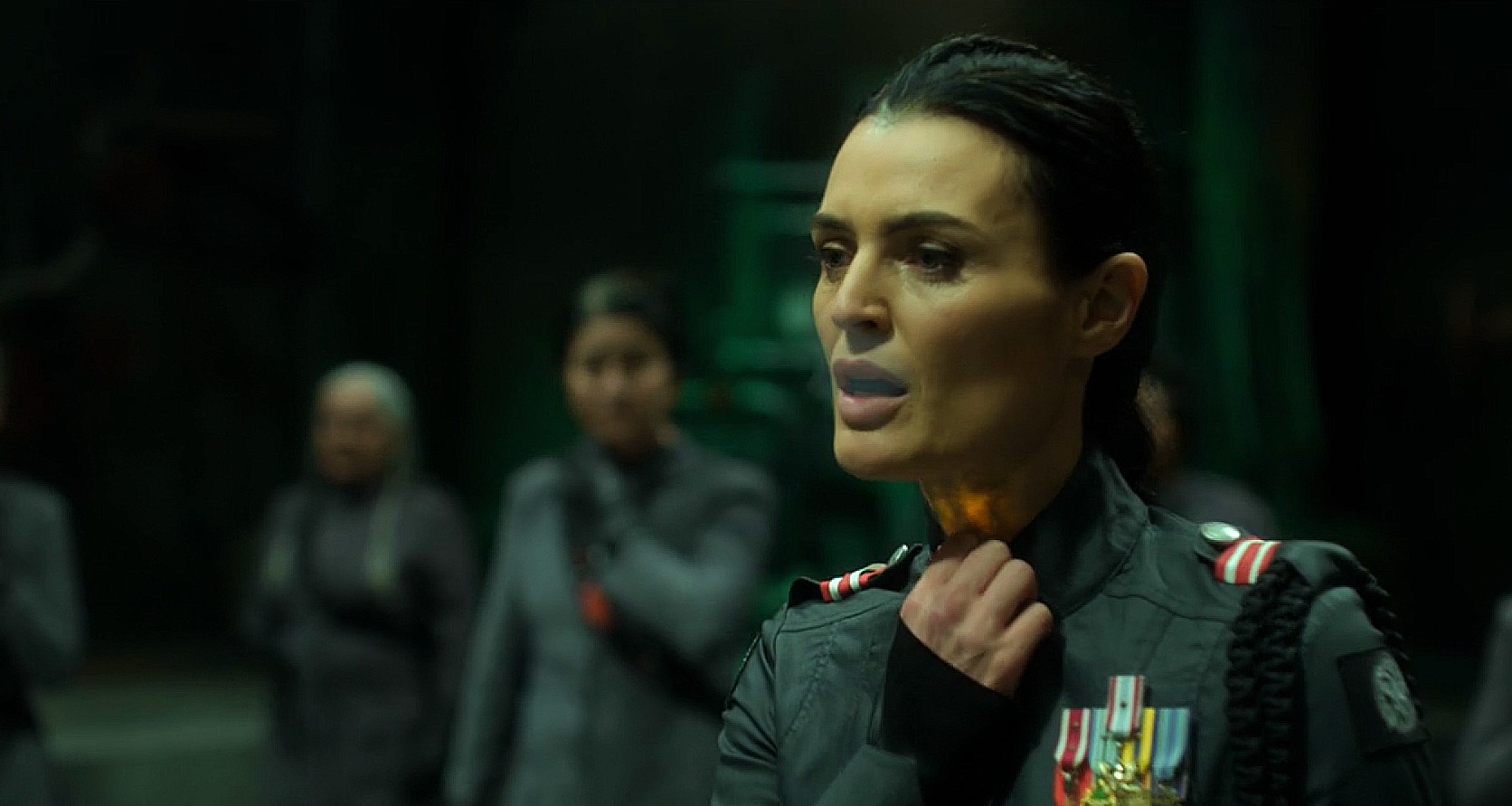 Last week, MFS (review here) gave Halloween in July and we were all for it. This week, the unit went on break. While Abigail took Adil home with her and was ambushed by her parents about the Bellweather legacy, Raelle took Tally home with her and introduced her to her father. Both young women were still hung up on their ghostly visit and non-visit.

Let Us Bleed for Freedom

The episode was dark and ominously, starting with a pact being made by a group of witches and ending with a sneak attack. This was the beginning of The Spree. A coven of rebellion against ancient tradition that took away witches’ rights. And now, they continued to grow, this time in a new form that was more deadly in their efforts.

Heading this new group was the original witch that Alder had betrayed, Nicte (Arien Aguayo-Stewart). Her latest attack was a direct hit to Alder (Lyne Renee). It was a spell so devious and dark and brilliant. Utilizing a willing witch, she transferred the burning to her enemy, Alder. It was unlike anything we’d ever seen and that includes Abigail’s (Ashley Williams) attempt to recreate her grandmother’s deadly tornados and Raelle’s (Taylor Hickson) power burst at the end of the season that saved her and Abby. This is some dark witchiness and only just the start. 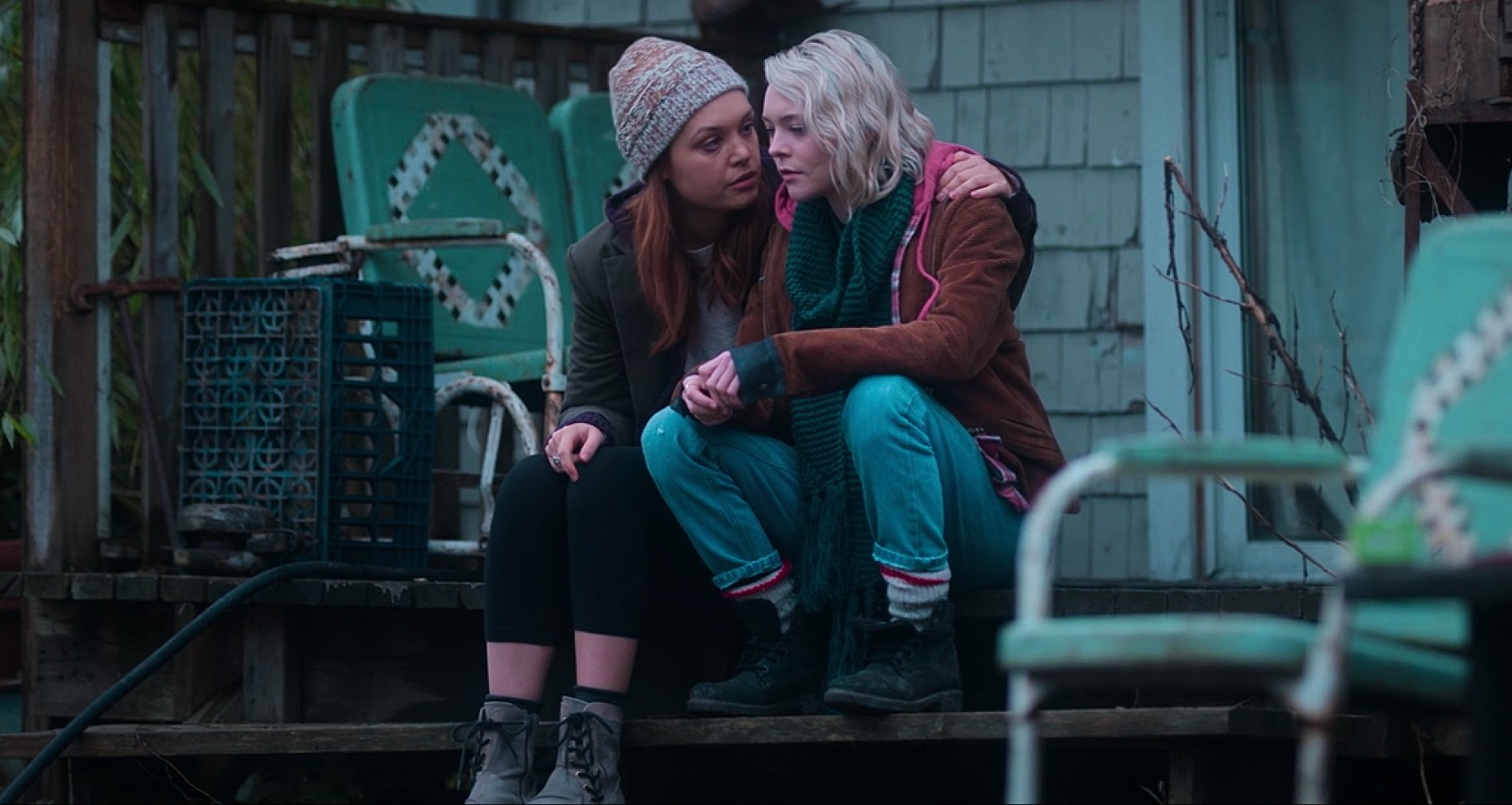 The girls went on break, and after the latest events, they earned it. Tally (Jessica Sutton) and Raelle go to visit Raelle’s father while Abigail and Adil look to get their hands on Charvel’s remains.

While Tally and Raelle meet up with Raelle’s father, The Army wasn’t that far off, watching them and making sure their “special project” was kept safe. Yeah. Because Raelle isn’t a person, just a thing. Cue our sarcasm and eye-roll. How disgraceful of The Army and of Alder, eh? We’re starting to understand why Raelle’s mother, Willa (Diana Pavlovska) bailed on The Army and created The Spree

The two go on to visit an old family friend. Raelle still had so many questions about why she didn’t get a visit from her mother’s ghost. It led to a beautiful song but a heartbreaking confession from Raelle, filled with regret. A powerful moment that had our eyes tearing up. 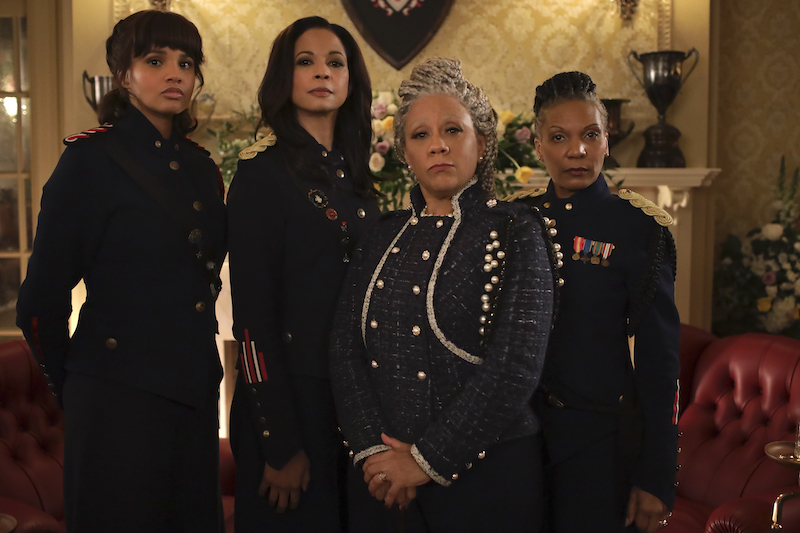 Abby went home with Adil (Tony Giroux) only for him to be grilled by two out of three of her fathers. It grew even tenser, with a side of awkward, when Gregorio (Praneet Akilla) showed up, invited to the Bellweather home for break. Well, it was more for a hand-fast set-up but it still. Rude. Plus, we’re getting major vibes between Gregorio and Tally. Can we focus on that?

Abby was more than upset, and understandably so, when her fathers–that’s right; she has three–encouraged and even tried to force their opinion on her about getting started on the next line of the Bellweathers. This has been a focal point in Abby’s arc this season and we love that she is fighting it, knowing that her worth comes from her power, not just her ability to keep her family legacy alive. 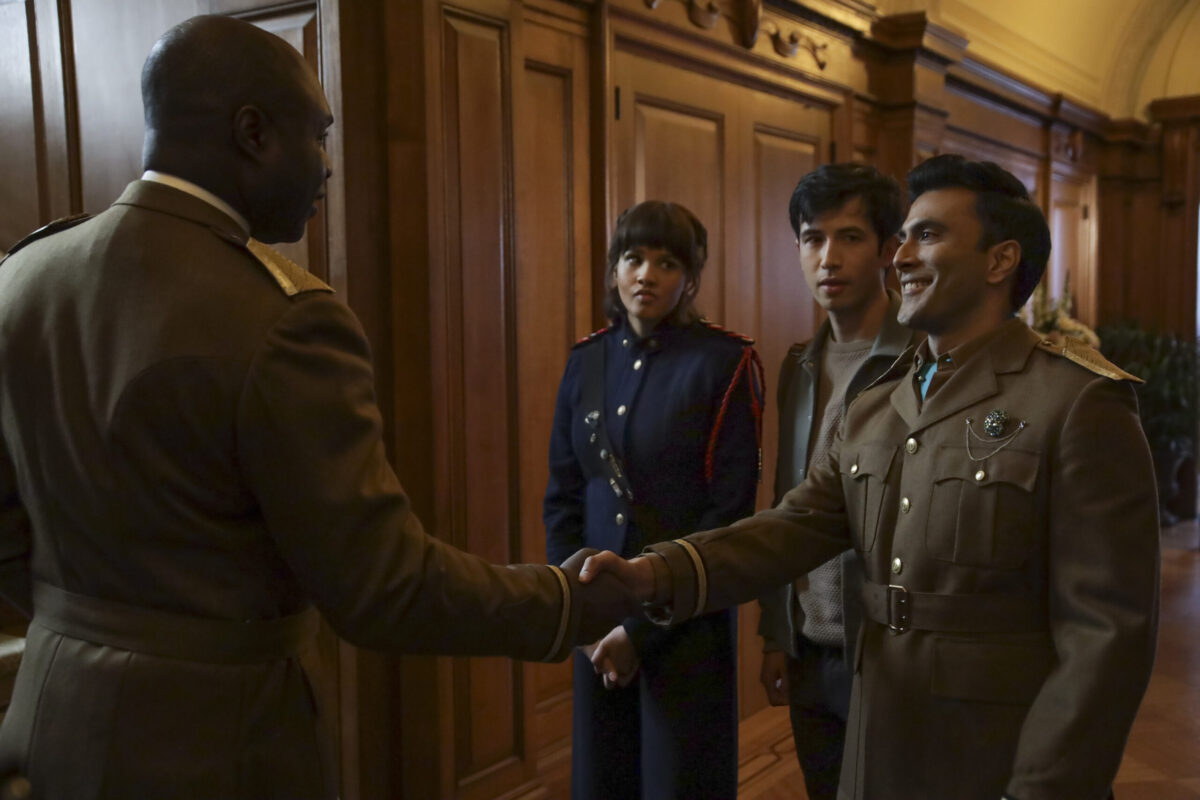 Adil has been a light in the darkness for Abby since he returned and we couldn’t love him more for it. The two have grown so much as individuals and together. If and when Abby decides to pair up, we’re definitely hoping it’s with him. While the family dynamic in the Bellweathers is bold–a female patriarch and three fathers–we hope to see Abby follow a different path. and we weren’t alone either. Grams Bellweather wasn’t having it when Petra and her sister tried to push Abby into submission. She could tell that Abby was following a different path of survival. One, not of desperation to keep Bellweathers alive, but to remind others of their power and might. 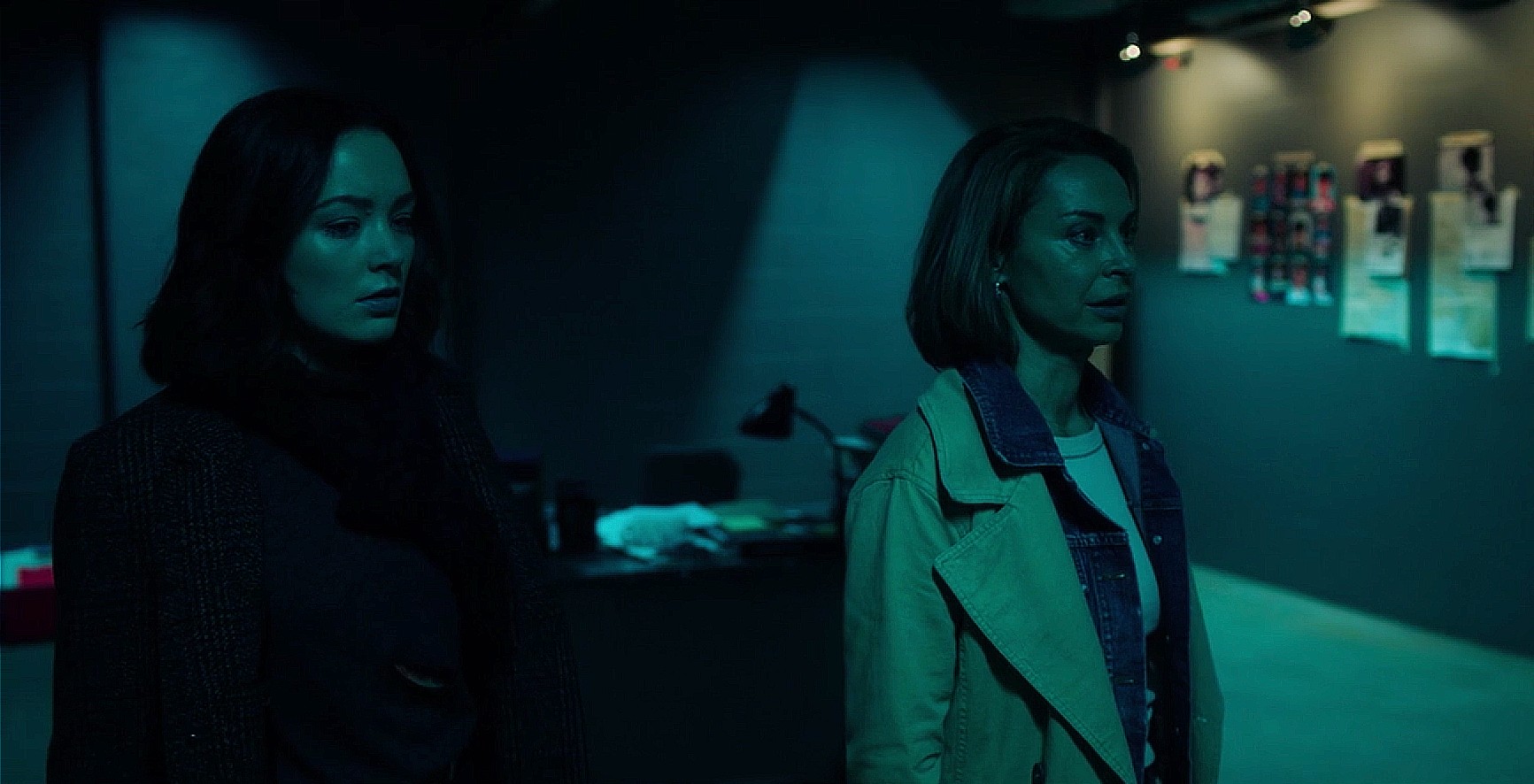 Saving the Next Generation

Scylla (Amalia Holm) and Anacostia (Demetria McKinney) were at odds on what to do with the small girl they saved. Anacostia was ready to hand over the little witch to the Army to be raised and trained because it’s considered the birthright of every witch to do so, but Scylla fought her on that and won, albeit with a sleep spell. To Scylla, and The Spree, it should be a witch’s choice to want to serve in the Army. This is just a little girl and she was nearly sacrificed. Yet, Anacostia seemed to think that putting her in training rather than giving her the option of joining or not later on when she was older to make such a huge decision.

We loved that Scylla was fighting for this girl’s right to choose. Anacostia grew up with the knowledge that the Army was the only home for witches. Scylla just wanted to give this girl the opportunity she had. Being drafted and enlisted as a weapon isn’t

More so, Scylla jumping on top of The Camarilla’s young witchling ring was heroic. Still, coming to the rescue too late took its toll on not only Scylla, but Willa as well. Watching Willa guide The Spree in a different direction has been everything we wanted. Well, aside from an epic reunion with Raelle. They’re only fighting for the rights of witches and we’re totally behind that. Witches are people, too.

The big reveal that Nicte was not only alive but rebuilding forces through her eyes of vengeance had us gasping. While it appeared that she was the original creator of The Spree due to Alder betraying her, she has new plans. In these new plans, she nearly ended Alder. Personally, we’re not feeling too horrible about that. Alder has a dark and dreadful past that keeps revealing her to be reckless and a danger to witches and it’s bleeding into the present. So, are we rooting for the bad guy? Hell. no! We’re still rooting for our unit, and if Alder and Nicte take each other down we hope the ladies aren’t caught in the crossfire. Still, that spell that burned Alder’s throat so bad that it tore her voice up and those of her biddies? Impressive and dark.

What did you think of the latest episode? Let’s chat in the comments below and don’t forget to follow us @capeandcastle on Twitter to keep up with other shows you love.