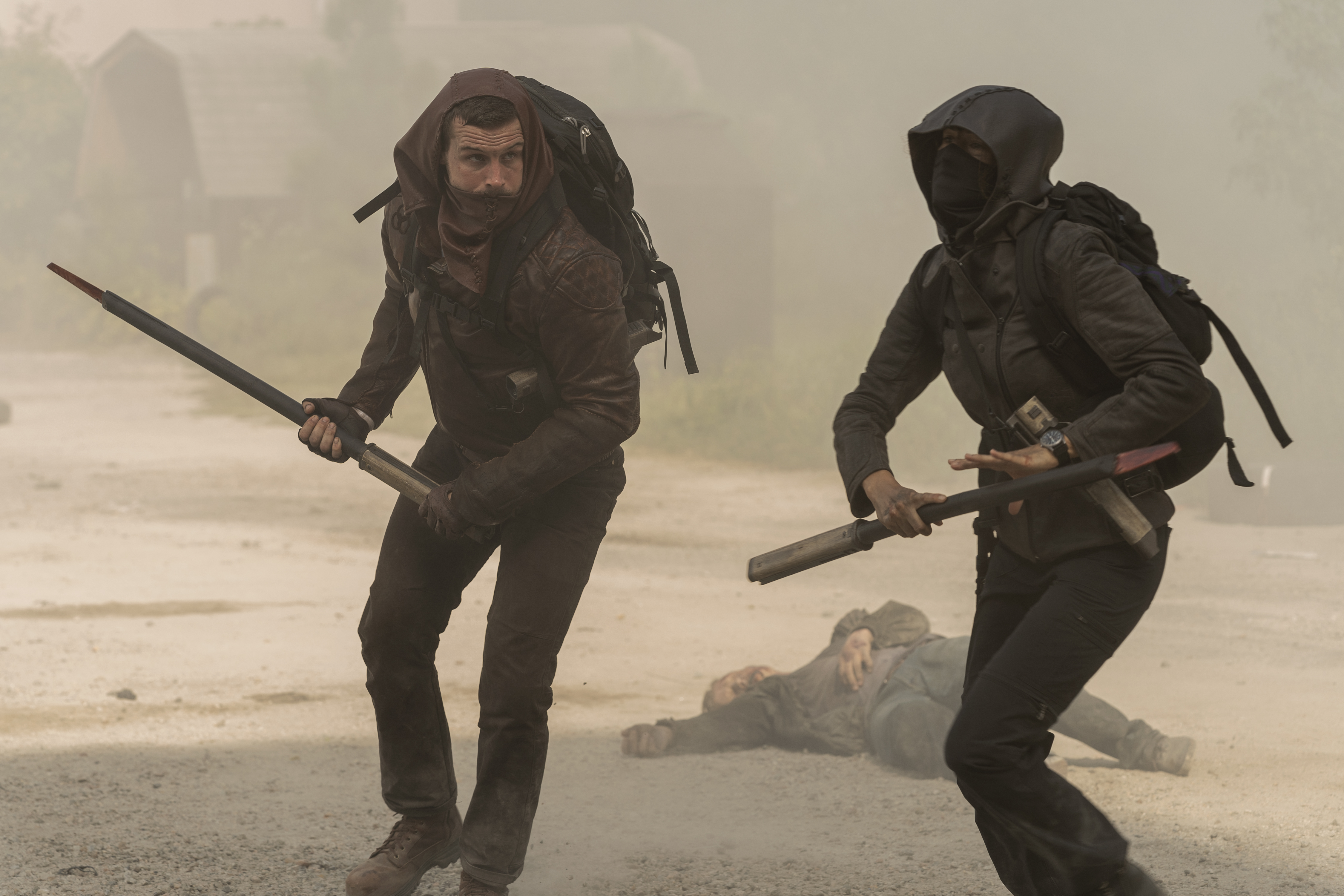 We get to learn a bit more about Silas and his past, though we still have some questions. We also spent a lot of the time worried about Hope! But we were feeling pretty confident about Huck and Felix catching up to the group. Even though it felt as if everyone was separated and spread out all over in the beginning, we knew they would reunite soon! In the meantime, we have to admit that it’s been nice learning a bit more about each character and their motives. So keep reading for our TWD: WB 1×03 review!

Getting to Know Silas

We have been waiting to get a deeper look into Silas and his story, and TWD: WB 1×03 gave us! But actually watching it had us feeling a tad emotional. We were glad to see that Felix was involved in getting Silas set up in Omaha and he was so encouraging to him. But we really wouldn’t expect anything less from Felix. While Felix tends to come off as a hardass and hide his emotions, he really cares about those around him. And it certainly seemed as if he felt an instant connection with Silas. But he also had a connection with Iris that we loved getting a look into. Right from the beginning, Iris didn’t judge him. And it clearly had a positive effect on him. 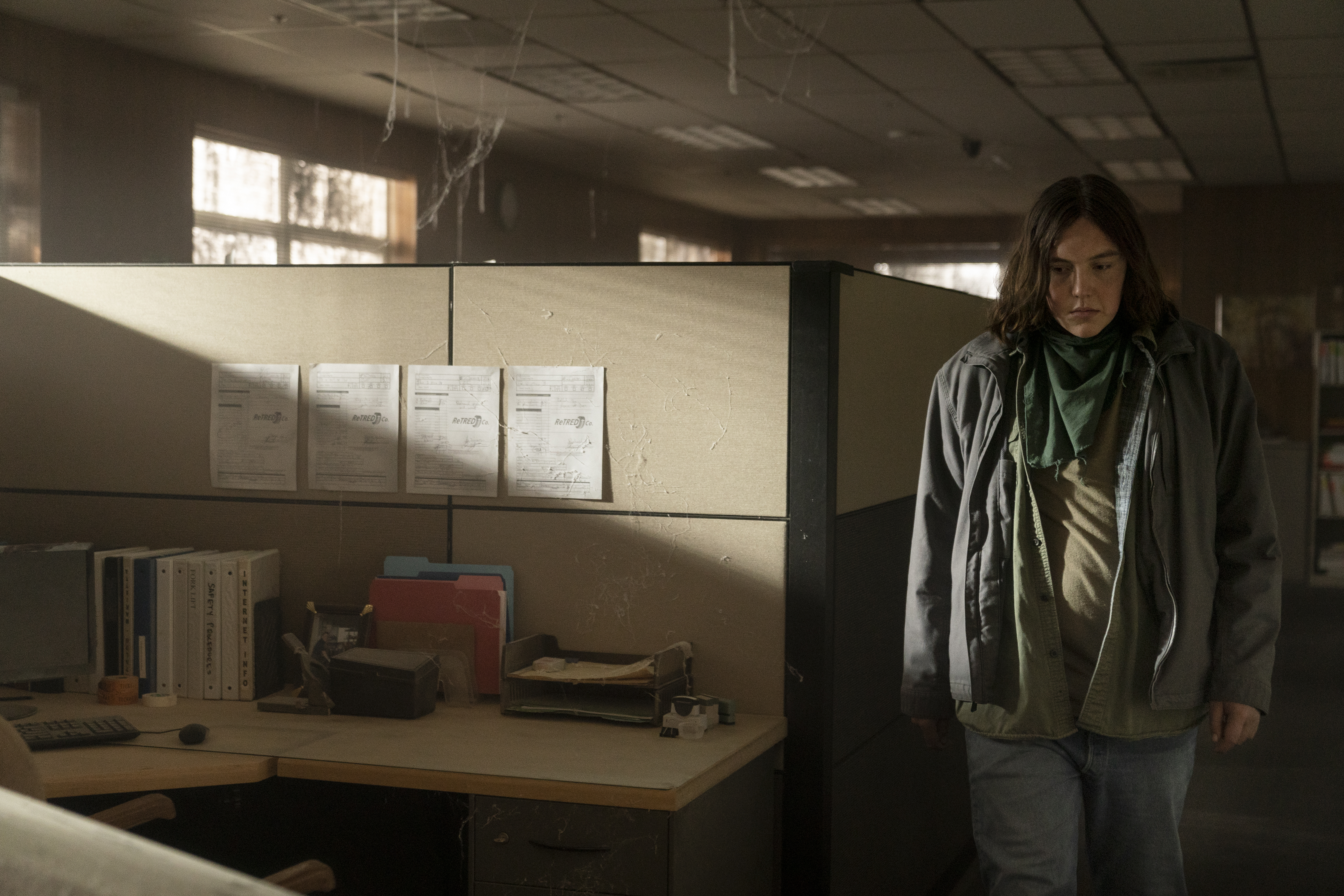 We understand why Silas is against killing now. But he needs to get over it. That sounds harsh. But expecting to carry the supplies and avoid killing any empties is not going to last long. We’re honestly surprised that it’s lasted as long as it has. And while he’s been constantly ridiculed, shunned, and treated poorly for what he did, we don’t blame him. And the rest of the group doesn’t seem too concerned with his past, regardless of how much they know about it. From what we saw, Silas acted in self-defense. It certainly doesn’t make Silas a bad person or dangerous to those around him. Which he should know from how protective and caring he has been to Iris and the others. Though we still need some details on the situation to truly know what happened and why we’re sticking with our judgment on Silas.

Felix and Huck weren’t messing around when it came to Hope taking off and leaving the group. Especially Felix. And we don’t blame him. Luckily, Felix was able to take out his aggression on the empties that were literally everywhere. And, wow, he certainly did take his aggression out on them. Watching Felix really get into the heat of battle and take on the empties was even better than we expected. But he wasn’t the only one that was wildly impressive. We know Huck is a badass. From the moment we laid eyes on her, we could tell. But to see her in action definitely had us cheering. Huck certainly has a take no prisoners style, and we loved every second of it.

Huck and Felix fought the empties seamlessly. Truly. We thought they were in sync before. But seeing them actually in the heat of battle was something else entirely. While it always makes us a bit anxious to see our favorite characters fighting with the undead, Felix and Huck are a little different. Sure, we worry about them as much as any other character, but we just want to see more of them kicking ass. The journey for Felix, Huck, and the rest of the group has only just begun. And we’re sure there will be plenty of enemies for them to deal with along the way. Maybe not just empties, either.

Hope on the Run

We don’t know what in the world possessed Hope to take off on her own, but we do have to give her kudos. The girl has definitely got some balls and she was done waiting around. Was it a reckless decision? Hell yes. But regardless of all that, she was bound and determined to do it and she was much more impressive than we realized. Hope and Felix may clash, but she’s truly a lot like Huck, which means that she and Felix play off each other beautifully. Hope was purposefully leaving a trail for Felix and Huck to follow. So maybe knowing that they were coming gave Hope more confidence. Either way, her situation had us on the edge of our seats and definitely feeling anxious. 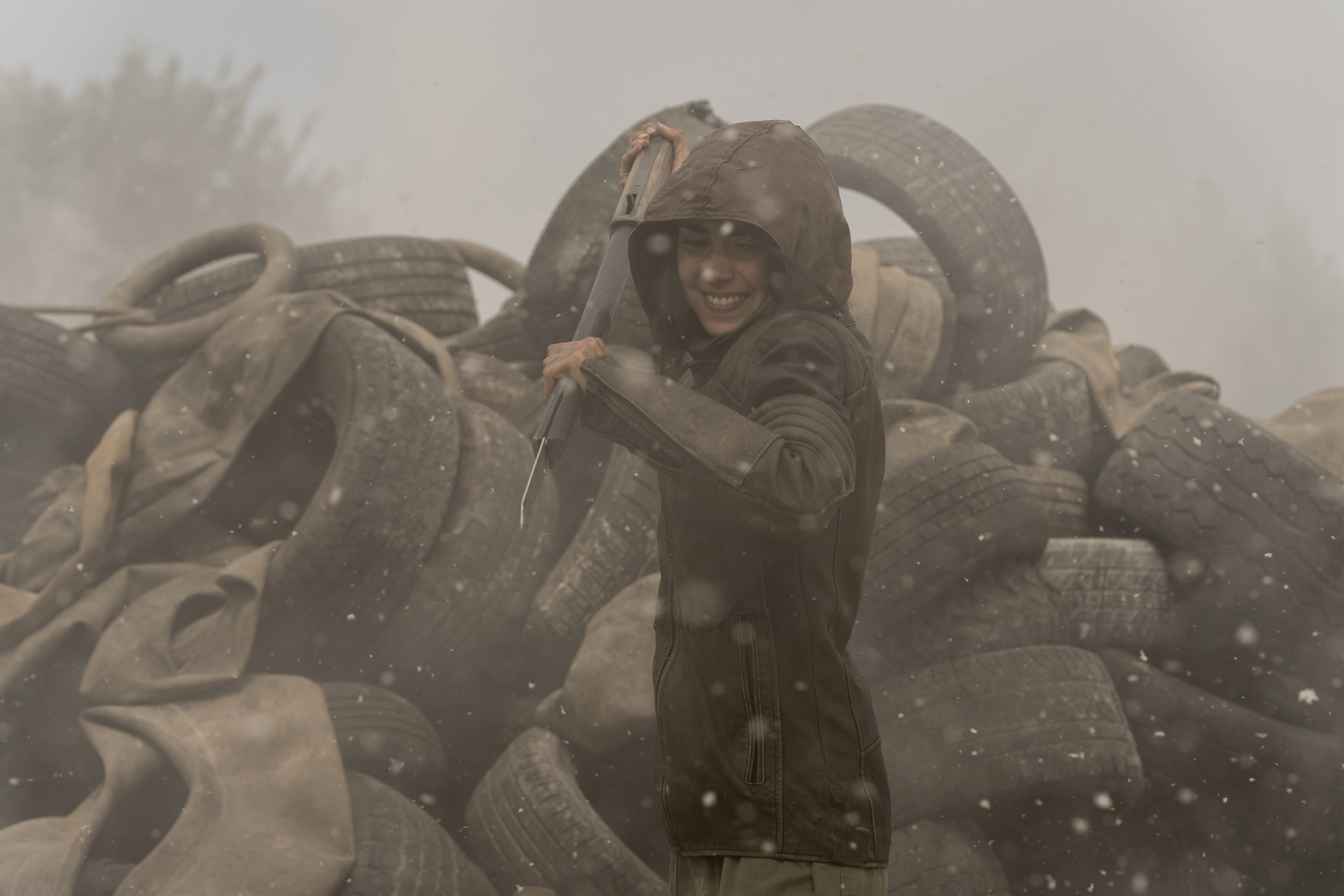 We were so happy to see the group completely reunited and we can’t wait to see what happens next. They certainly didn’t leave Felix and Huck many options when it comes to continuing the journey over going back home. What did you think of TWD: WB 1×03? Did you agree with Hope going off on her own and paving the way for the others? Is continuing the journey the right answer? Or will it only lead to more trouble for all of those involved? What do you think Elizabeth and Barca were talking about at the end of the episode? And why did Elizabeth feel the need to have Barca taken away because of his feelings over it? Find and follow us on Twitter @capeandcastle to discuss all things The Walking Dead! Be sure to also check out our site for more articles on all things Disney and beyond!