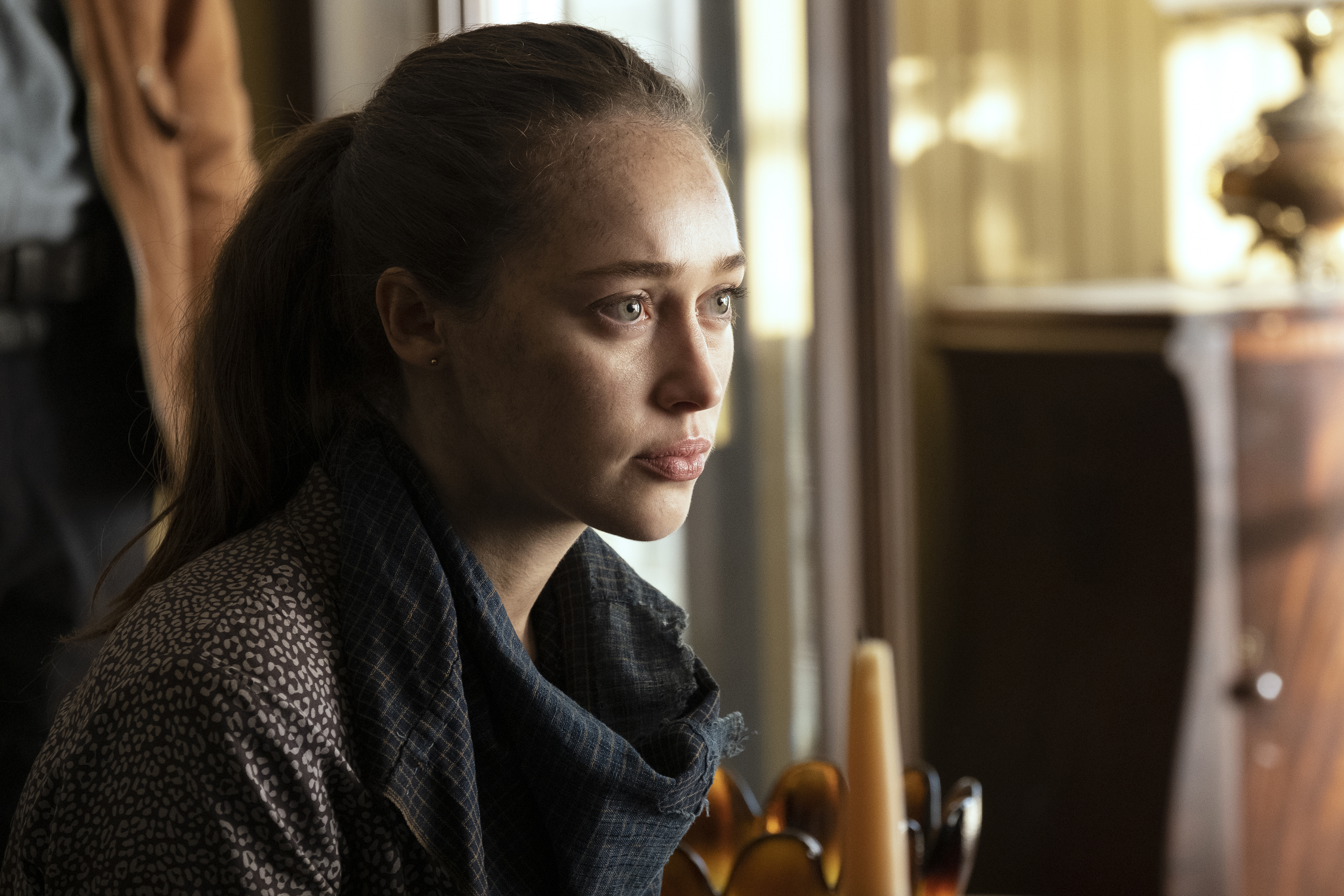 We were so excited to see that Alicia was back! But we were definitely not excited about the situation she and Strand found themselves in. Thanks a lot for that one, Ginny. Luckily, they were as badass as ever and handled everything thrown at them. We also found ourselves intrigued by Dakota. Why couldn’t Ginny be a little more like her? So keep reading for our FTWD 6×02 review!

We were so excited to see Alicia and Strand again. Perhaps we were a little more excited to see Alicia, but we missed Strand too! Plus, the two of them are a package deal and make a seriously badass team. And they definitely needed to be with the mission Ginny forced them to embark on. Because we all know by now that Ginny’s idea of handling her problems is forcing, bribing, or paying others to handle them for her. So it came as no surprise that Ginny chose Alicia and Strand to deal with a horde of molasses oozing walkers. Yeah, it’s exactly as gross as it sounds and we’re still disgusted by it. And Alicia and Strand didn’t have much of a choice in the situation. Plus, it did give them an opportunity to reunite with Janice and Charlie. 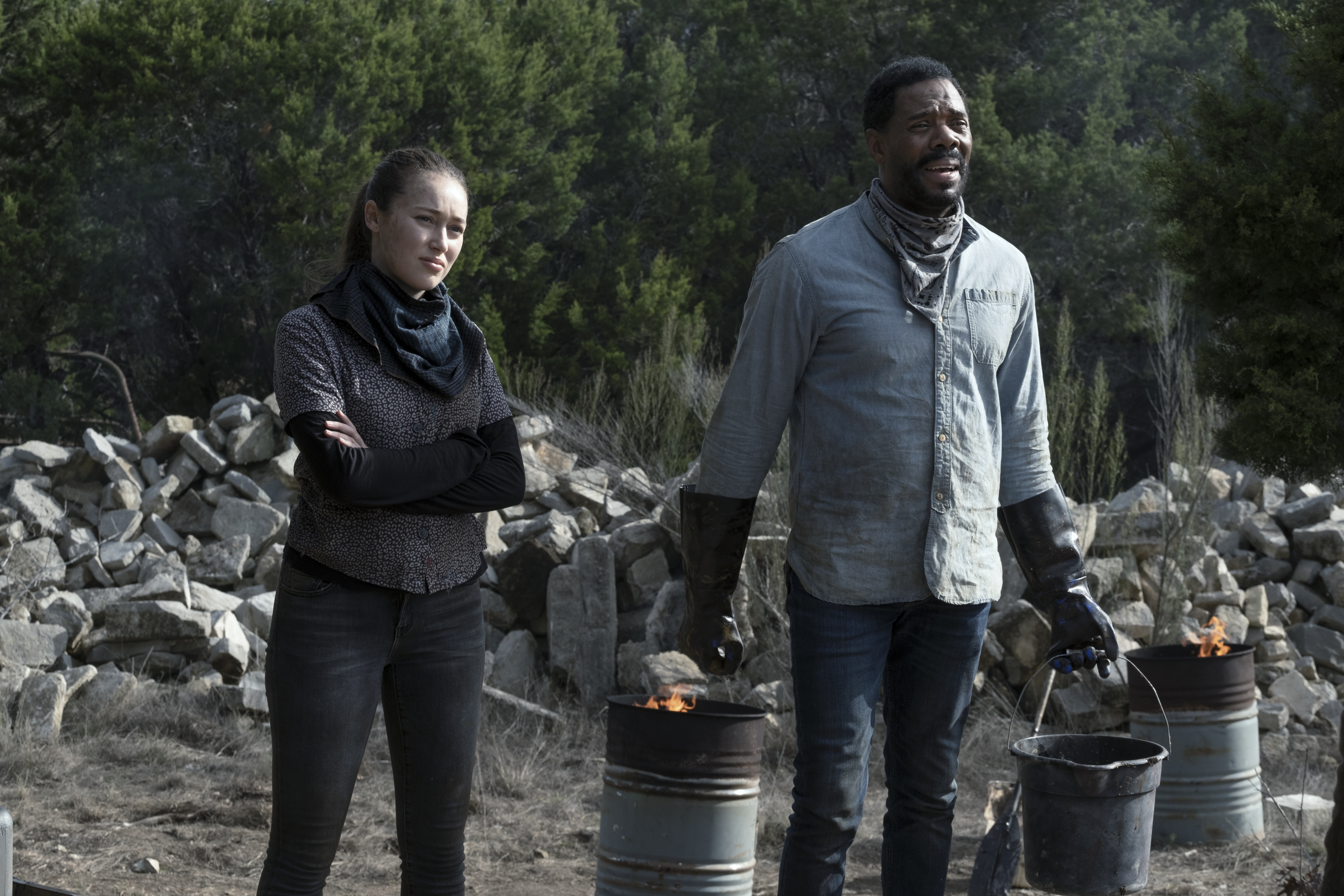 But in order for Alicia and Strand to get anything accomplished, they had to be honest with each other. And that meant Strand had to tell Alicia about his deal. The way they corraled the walkers and took them out was impressive. But, damn, there were a lot of them and as they always do in this world, things went wrong. There were so many freaking walkers, it was like the line was never-ending. Then it turned into a mass and we got real nervous, real quick. We really can’t take any more losses. While Strand certainly helped solve the problem, we aren’t sure we agree with how he did it. Then he lied about it. We love Strand, we just aren’t too sure what’s going on with him. But one thing we do know? He can’t leave Alicia! They’re a team! We refuse to accept that this is happening!

The Not Fun Club

We certainly weren’t excited when we learned the title of the FTWD 6×02. But it was so much worse than we could have imagined. This club was certainly not the kind of club that we wanted to be a part of. Walkers are bad enough, to begin with. We don’t know why they have to keep making them even more grotesque. Because we aren’t interested in the oozing or anything that comes with that. At all. Gross. We don’t care if it was molasses. It’s now been ruined by the walkers because now that’s all we’ll be able to think about whenever we see it.

The fact that Ginny was using the walkers behind the door in one of her games was beyond frustrating. She turned things into what felt like something right out of The Hunger Games. Just looking for someone she considered a leader out of the situation. What a nut job. Not that we didn’t already know that about her. She could take a few pages out of Alicia’s book on how to actually be a leader. Because the only club we would be interested in within this show is one that Alicia is in charge of. She takes care of her people and she is always willing to put herself at risk before anyone else. She’s smart, capable, and we can’t wait to watch Alicia and her crew take Ginny and hers down for good.

The moment we saw Dakota, we thought of Ginny. So we were a little wary off the bat. But the fact that she jumped to Alicia and Strand’s defense had us reserving judgment. Although, come on. Dakota. Virginia. And they both look alike? It couldn’t have been any more obvious that these two were related. So finding out that Ginny is Dakota’s sister certainly didn’t come as any kind of surprise and we hope they didn’t want us to be shocked when Dakota revealed that Ginny is her sister. We’re just glad that Dakota seems to be far more likable than her sister Ginny.  And Dakota doesn’t seem to approve of the way her sister handles things and just wants to get away from her. We certainly don’t blame her there. If Virginia was our sister, we would sure as hell want to get away from her as well. 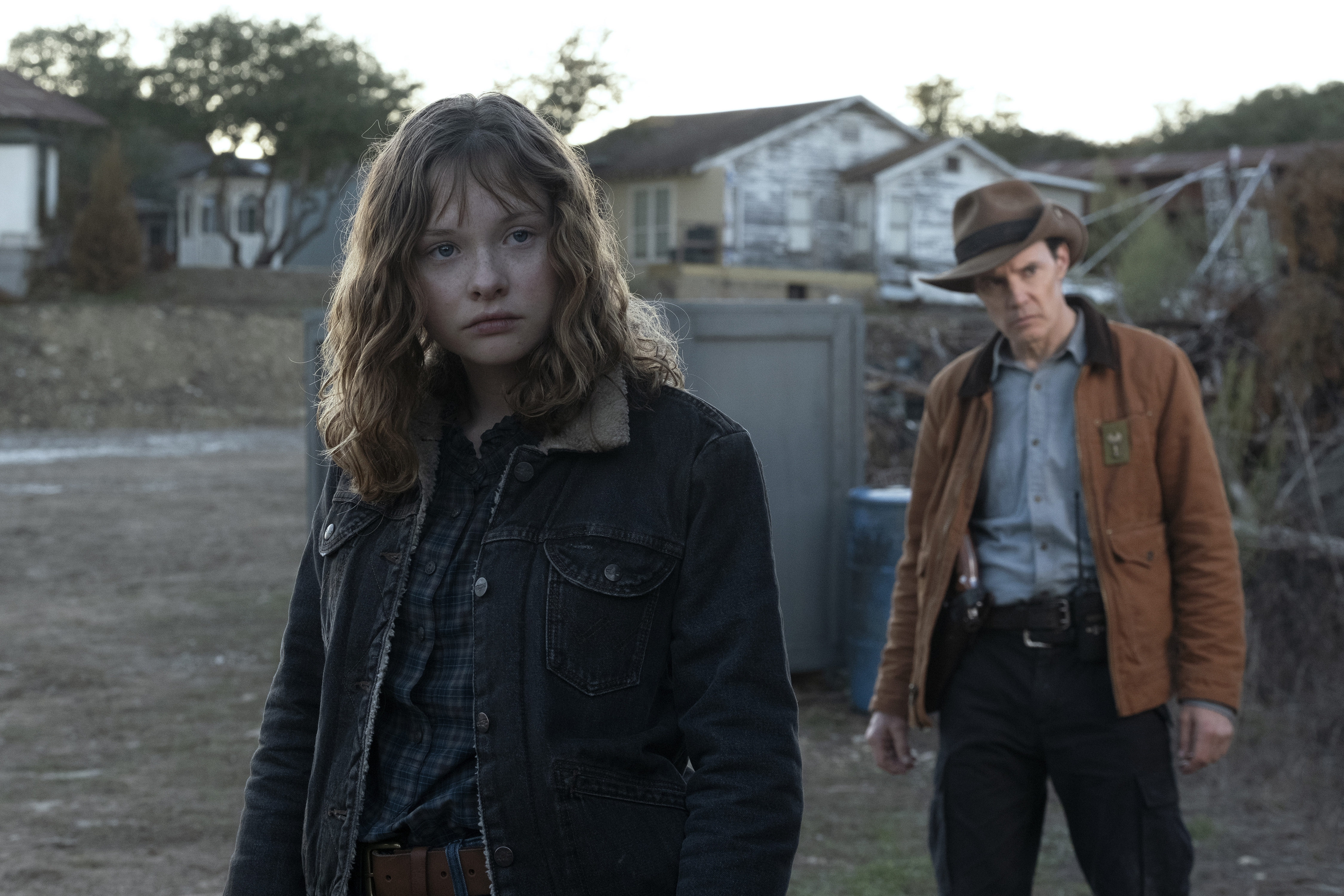 What did you think of FTWD 6×02? Were you excited to have Alicia back on your screen? What do you think is going on with Strand? What did you think about him leaving Alicia? Do you think Strand will really be able to go off on his own? Or do you think he will find his way back to Alicia and the others? What did you think of Dakota? Where do you think things are going to go from here? Find and follow us on Twitter @capeandcastle to join the Fear the Walking Dead conversation and let us know all of your thoughts on FTWD 6×02! Be sure to also check out our site for more articles on all things Disney and beyond!