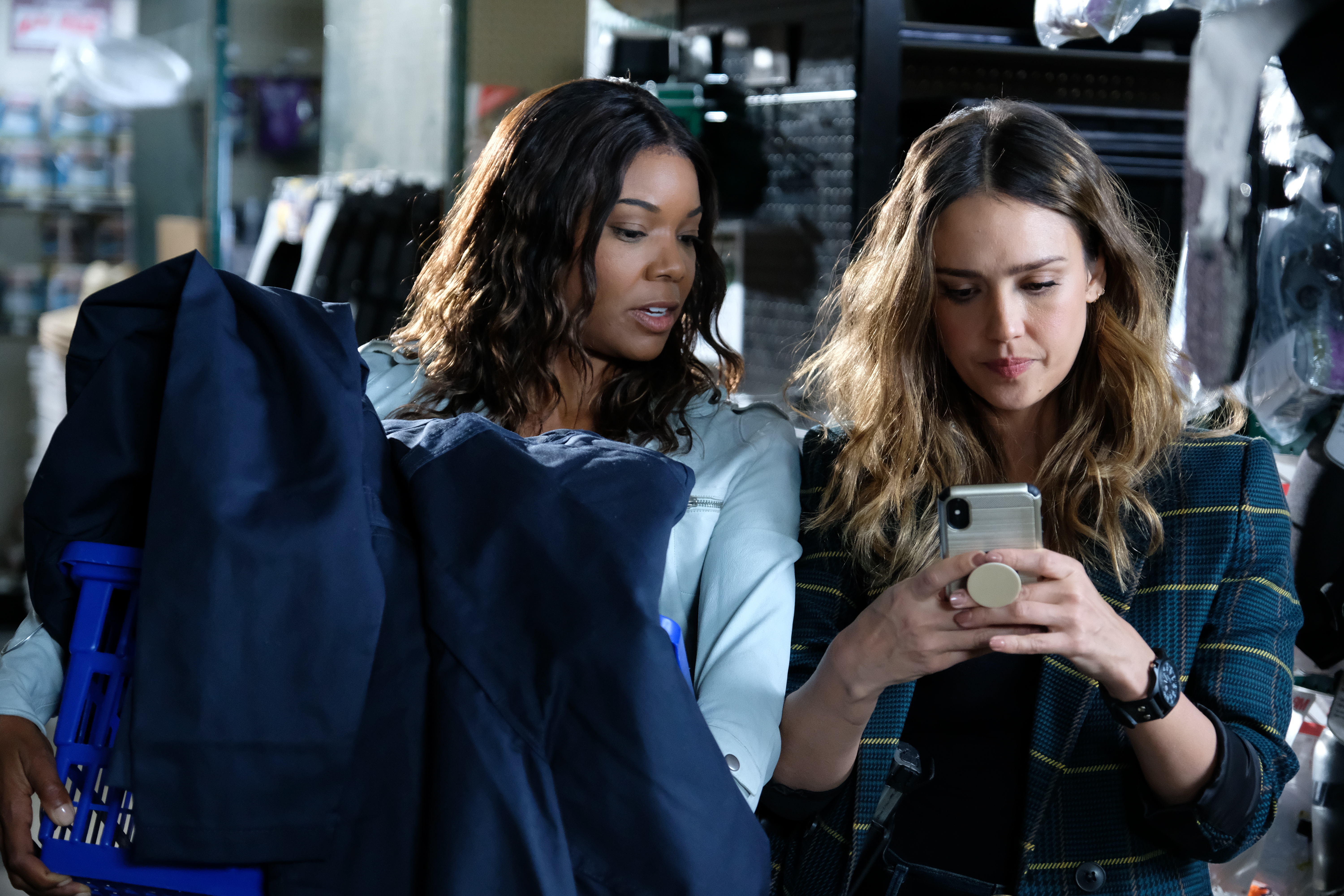 Syd and Nancy were taking risks to an all-new level in their attempt to sneak the fentanyl into police custody. As if that wasn’t enough to deal with, Izzy’s behavior had Nancy suspicious and concerned. But Nancy was doing her best not to be overbearing. She certainly didn’t want to damage their already tumulous relationship. Then we had Syd. Ghosts of her past were haunting her this week! So keep on reading below for our L.A.’s Finest 1×04 review!

Ghosts of the Past

We’ve been wondering for weeks what Izzy was planning. But her reason behind actually wanting a fake ID was not at all what we thought. As soon as we saw Izzy walking in the jail, we had a pretty good idea of what she was doing. But she’s a smart girl and we’re pretty surprised that she thought her ID would be able to get her where she wanted to go. To visit with the woman who is responsible for the death of Izzy’s mother. While a lot of what Izzy has been doing lately has been deceitful, we can’t completely blame her. We can’t even imagine what she has been going through with losing her mom. But we think that there is a pretty good chance we would also want to get some type of closure. Though, we do think Izzy should have told her dad or Nancy. Or even Syd. 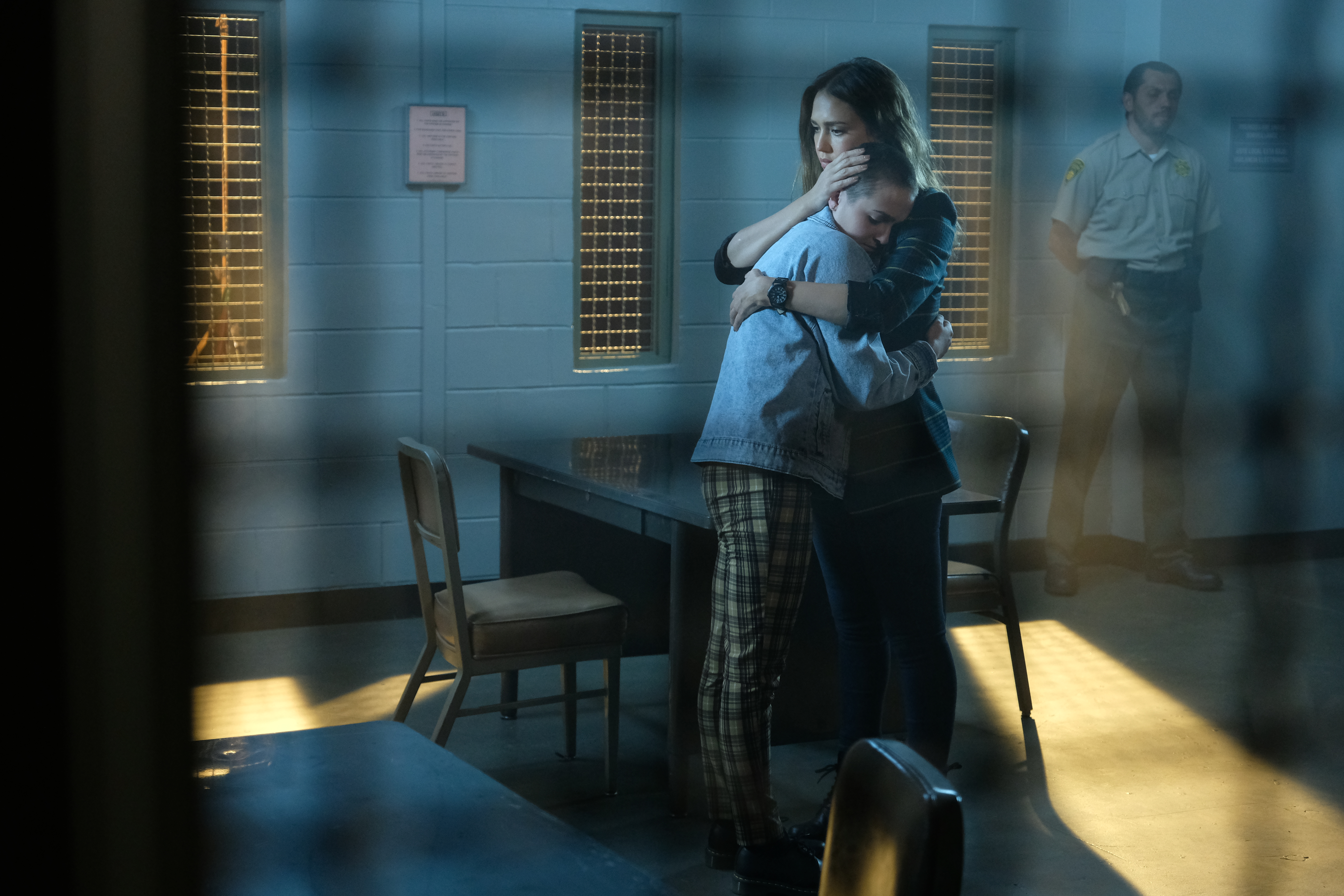 We got to learn a bit more about Syd’s past with Knox and the last time she came close to taking him down. But it still wasn’t enough. We need to know more details about how she ended up injured and fired as an agent. But more than that, we really want to know more about Warren and his relationship with Sydney. She was seeing him every time she turned around and they clearly had a deep connection and relationship. We’re going to assume he’s the one Sydney was going to have a baby with before she was injured. Which made watching Syd and Ben hold those babies had us bawling like one. After having our hearts break over what Izzy was going through, they felt so full at seeing Syd and Ben.

Whenever we see Joseph, we always find ourselves wondering what he’s up to. Usually, it has to do with Syd and doing his best to protect her. But, like father like daughter, he sometimes tends to walk the line between legal and not so legal. Okay, so more than sometimes. But also like Syd, Joseph’s heart does always seem to be in the right place. Watching him attempting to buy a beat-up old car had us scratching our heads a bit. Then everything came out and we couldn’t help but grin at how he came through for Syd. Well done, Joseph. That was pretty impressive if we do say so ourselves. Plus, it clearly went a long way in bringing him and Sydney just a little bit closer. But we would have been as grateful as Sydney for the way he delayed Jason.

Nancy and Syd had a lot going on. Not only were they trying to sneak the stolen fentanyl into police custody, but they were also trying to perform a pretty big operation to do it. Then there were a few monkey wrenches added in for good measure. Between Izzy keeping Nancy worried and Jason focusing more on Syd than he should be, they certainly had their work cut out for them. But, like they always seem to do, Syd and Nancy handled things like the professional badasses they are. Also, we feel the need to point out that it’s really unfair how well Sydney was able to pull off her outfit. No one should look that good in coveralls.

Jason and the Bens

Jason may not be as good at his job as he thinks he is. Because the dude really thought that he could go to Walker and ask him about Sydney and Ben would tell him everything. Nah. This is one team and it’s clear that Jason isn’t on it. But with how hard he seems to want to bring Syd down, he doesn’t deserve to be. We aren’t going to defend every decision Syd has made. We aren’t even going to attempt to defend half of them. But you can’t act like she isn’t good at her job. She just crosses the line to get things done more frequently than not. We don’t know why Jason is coming down on her so hard or looking for dirt. But he certainly isn’t going to get it from the Bens. Walker also may have been feeling even more protective than usual with his worries over his wife having difficulties with her pregnancy. 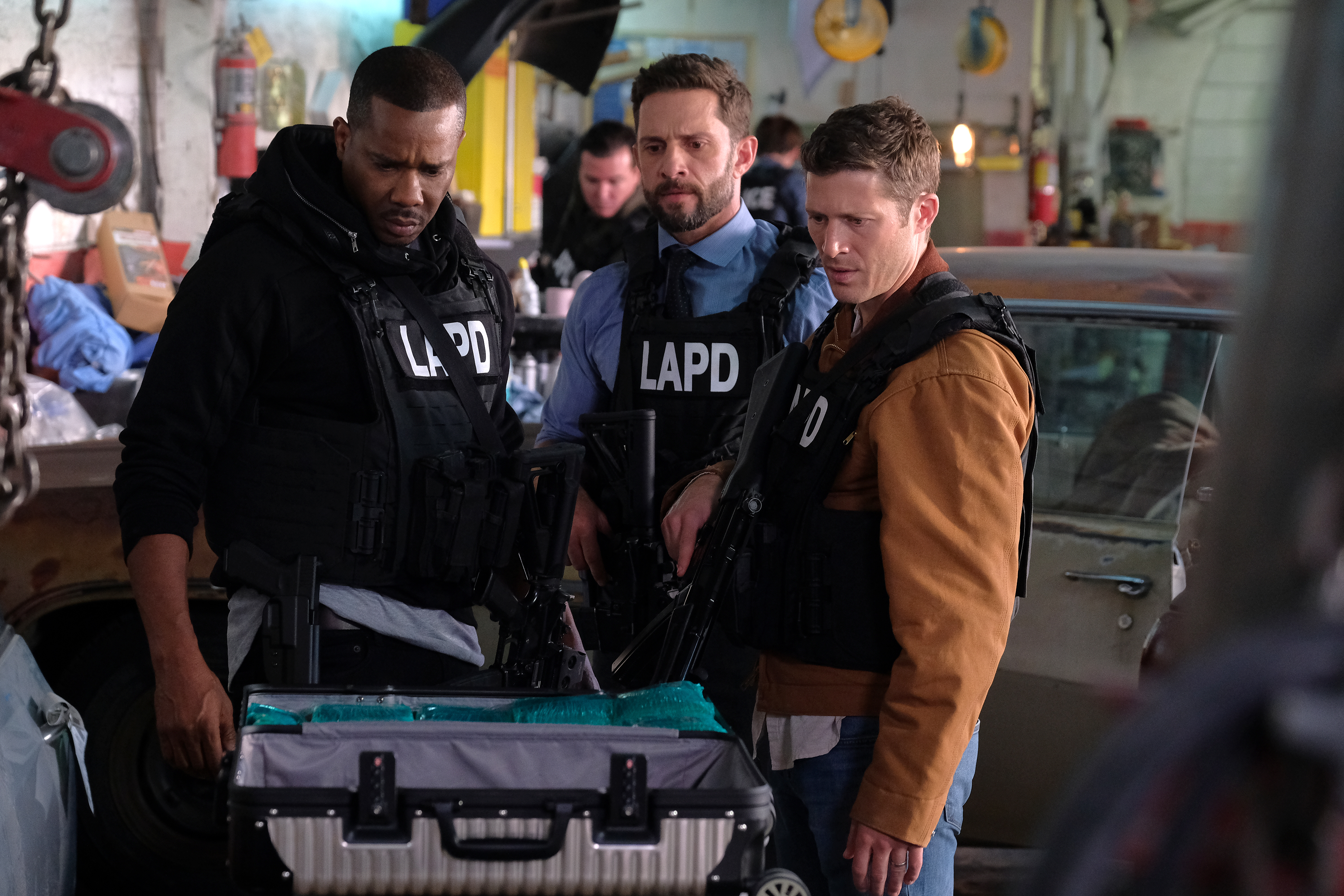 What did you think of L.A.’s Finest 1×04? Do you think that Jason needs to go? Or do you agree with him trying to bring Sydney down for what she’s done? What did you think of Izzy and her adventure? Do you think things with Walker and his wife will work out this time? What do you think is going to happen now that Warren has entered the picture? Is he going to help Jason or is he going to do what he can to help Sydney? Find and follow us on Twitter @capeandcastle to discuss all things L.A.’s Finest! Be sure to also check out our site for more articles on all things Disney and beyond!