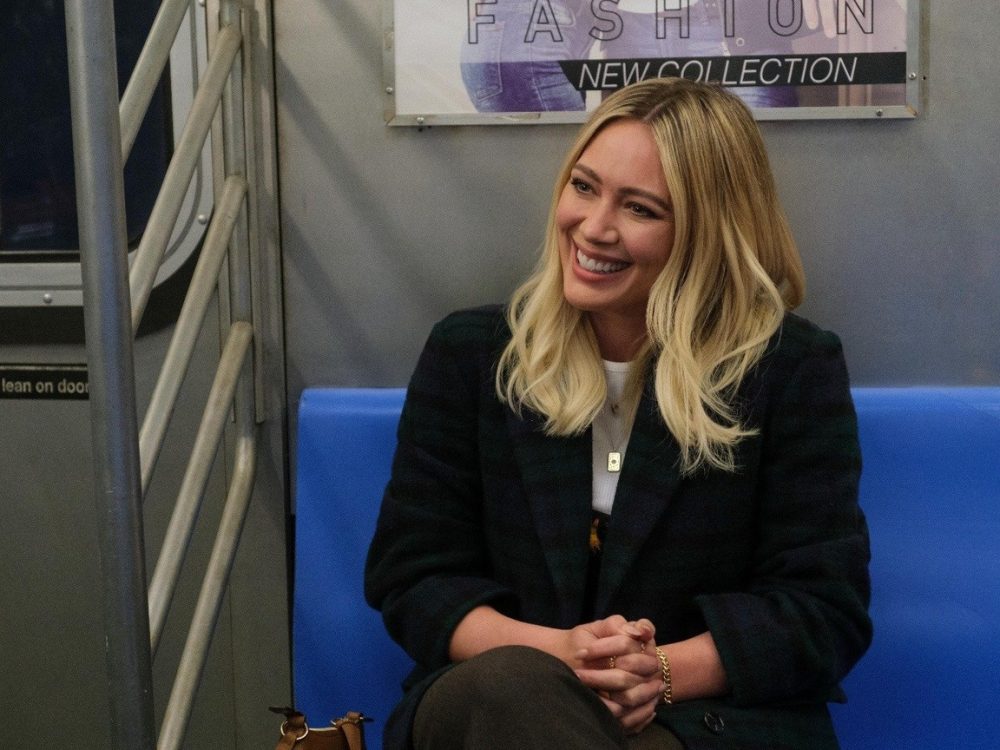 I am pleased to say that this week’s episode of ‘How I Met Your Father’ worked much more than the first two. I don’t think it’s a coincidence that there were a lot of moments from this episode featured in the first trailer. There are still a couple things I’m struggling with that are preventing me from being fully won over, but it’s moving in the right direction. Keep reading for my ‘How I Met Your Father’ 1×03 review!

We start off with Kim Cattrall as the narrator again. Unfortunately, as phenomenal as Kim Cattrall is, these narration bits are one of the major things preventing me from loving this show. This week, Future Sophie’s narration is all about how important it was to have a good profile photo in 2022. And I guess? But I also feel like most people will just slap a filter on a photo to make it a good one. There’s also a bit at the end about how unboxing videos are popular. This is an example of how the show feels like none of the writers are the same age as these characters. I don’t know the full makeup of the writers’ room, so I can’t say for certain. However, there are parts of the episode where I just cringe, and a lot of that comes when they get to Future Sophie.

From here, we’re going to go through the three plots in order of least favorite to favorite.

“Why Don’t You And Charlie Shack Up?”

Alright, we just need to talk about the problem with Charlie. His whole schtick is that he’s a British royal who has left the family to move to the US after a whirlwind romance with Valentina. He has no support from his family. For the first time, he has to make his own way in the world. This could be a relatable storyline. However, Charlie comes across as someone who has never met people. There’s naive and there’s idiotic. Charlie is firmly on the idiotic side of things. 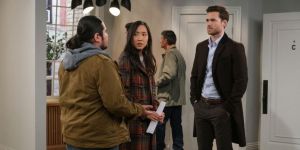 In the search for an apartment, it’s recommended that Charlie and Ellen should live together since she needs to get off of Sid and Jesse’s couch. Ellen rightly balks at this. Instead, she finds a guy named Ralph on Craigslist. He does promptly steal her identity, but she at least knows how to recover it. When Charlie and Ellen go for the same apartment, he offers a year’s rent cash upfront plus five percent over the asking price. He realizes he can pawn the literal golden spoon he wears around his neck. Every time we see a glimpse of Charlie in the real world, I expect him to just walk into traffic. He opens his mouth to a stranger on the subway offering a “treat.” He gets mugged, waving around a huge wad of cash outside a pawn shop. There is nothing about Charlie that is relatable or even funny.

For the most part, the other characters brought the energy level down to a more tolerable zone this week. Charlie is still incredibly over the top. He is exhausting in all the wrong ways. I find myself grimacing during all of his scenes. Everything about him feels like a cartoon, and it’s dragging down the show.

“Thought We Could Switch Things Up Tonight”

Now for the two storylines that I did actually really like. First up is Sid, who is trying to make his long-distance engagement to Hannah work. They have a weekly date to cook a HelloFresh meal together. Despite the blatant product placement, that’s actually really cute. Hannah has something different in mind that night. She sends him a sex toy that links to one she has. It’s this horrifying tube he puts his penis in, and I can understand his reticence to use it.

Valentina is there to save the day by setting up the most attractive phone sex lighting and camera rig. We also get more tidbits about her past, including prior relationships with the ambassador to Peru and a Polish pilot. I’d love a running gag of mentions of Valentina’s insane past. She fascinated me this week in a way she didn’t in the first two episodes. Sid and Hannah’s date doesn’t go well. However, Valentina is able to hook Sid up with a last-minute trip to LA to visit Hannah, thanks to the aforementioned Polish pilot.

This storyline was nice because it made Valentina more than just “Sophie’s friend” and Sid more than “Jesse’s friend.” I am now way more invested in Sid’s engagement to Hannah working out because they have some cute moments together. Valentina seemed like a normal person in this episode. Both of these characters gelled for me a lot more this week.

“Today Is The First Chapter Of My Next Great Love Story”

Fortunately, Sophie’s storyline this week was the one that worked the best for me. Sophie made it her quest to make sure that Jesse had the best dating app profile possible. That led to a very endearing photo shoot at the school where Jesse teaches. Although Jesse was right when he said that Sophie was giving off strong “Amber Alert vibes” when she roped a couple students into her photo shoot. 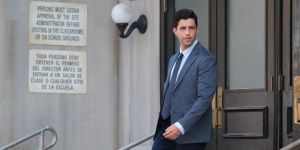 However, that did lead to a meet cute with Jesse’s vice principal Drew, played by Josh Peck. They had chemistry from the first word. They also pointed out that Drew was at the bar the night Sophie met “The Father.” Sophie asked him for a phone charger. I don’t love that they’re already expanding that pool beyond the four they established in the pilot, but Drew was charming enough that I’d like to see where him and Sophie go.

The scene at the bar where Sophie tries to help Jesse by being his wingman was less effective. When Jesse attracts the attention of one woman who is just interested in sleeping with Proposal Fail Guy, Sophie’s takedown of her is a little bit cringeworthy. However, it leads to my favorite scene of the episode. On the subway ride home, Sophie opens up to Jesse about how she basically had to be the parent to her mother, and that has colored her views on love. That moment felt real. Hilary Duff got to be endearing and relatable in a way she really hasn’t had a chance to be yet. That was the moment where I started rooting for Sophie to find her true love. It was the moment where I saw what this show could be.

There are still quite a few bumps in the road I would like for the writers to work out. The less they comment about pop culture in 2022, the better. However, when they just let these characters be real people, there’s some promise here. How are you feeling about this episode? Find us on Twitter to share your ‘How I Met Your Father’ 1×03 thoughts. Be sure to check out our site for more content!