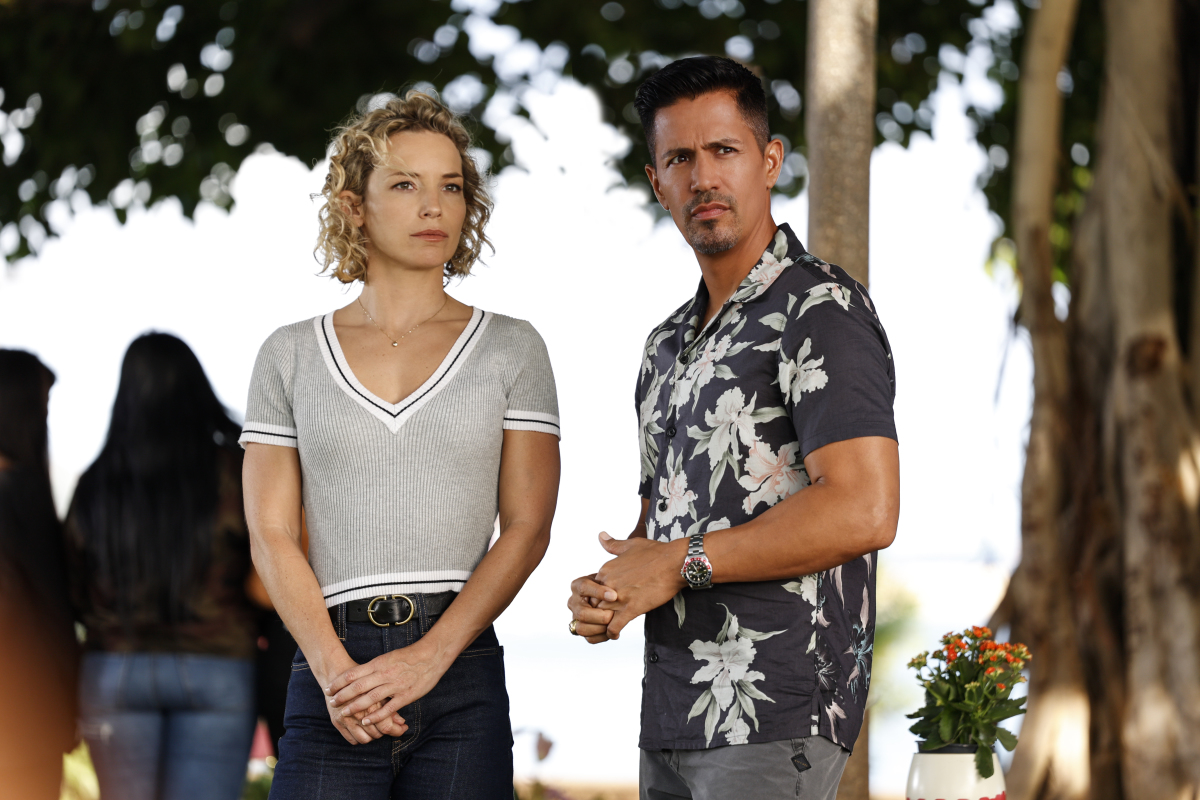 Higgins has decided to see a therapist! And while we really didn’t learn a lot about Juliet with her yet, we did get some good dirt. Especially when it comes to Juliet and her relationships with Ethan and Magnum! I sense that there are going to be some relationship changes coming up in the next few episodes. At least I hope so! Meanwhile, the case this week was a heartbreaking one with teen suicide being the focus. And it absolutely had me caught up in my emotions. It was a devastating thing to see, maybe because it’s something that is happening everywhere these days. So keep reading for my Magnum PI 4×04 review!

Higgins and Her Secrets

Four seasons later and I’m still surprised by how little we actually know about Higgins. Every now and then a little nugget of information will come from her. But it was interesting to see that she was willing to go to a therapist and open up about herself. Naturally, she made sure to dig deep into the therapist before even setting foot in the office. But hey, baby steps. This means that Juliet really didn’t end up offering much information on herself yet. Because she was too distracted by helping her therapist out. Which I get. Higgins is always going to put others above herself and it’s one of the many things I love about her. And one of the few things I know about her. 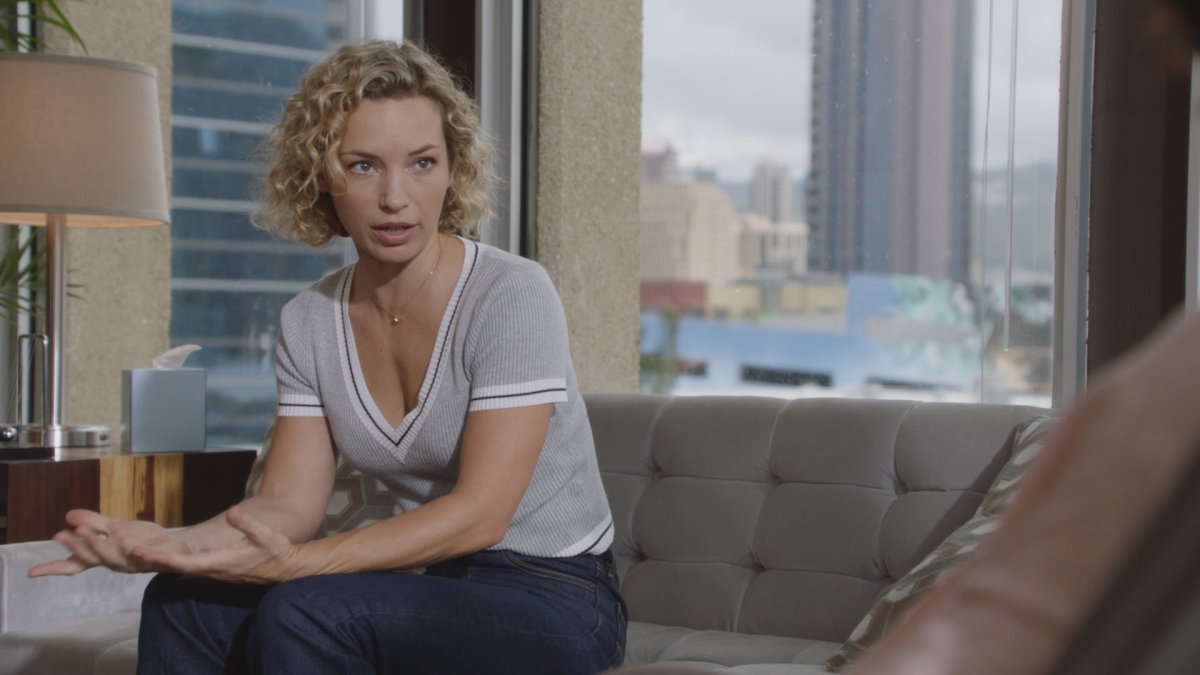 It was kind of surprising that Magnum didn’t jump on board with Juliet and the case right off the bat. Not only because he always trusts her judgment, but because he picks up clients without her approval all the time. Or picks her up from the airport and has her play passenger to a high-speed chase she didn’t know anything about. But he did lose the tude once he realized that the case was clearly important to Juliet. So much that it clearly hit a little close to home for her. I felt like Juliet was more affected by this case than most of the ones we’ve seen her involved with. And all that did was leave me with more questions about her.

Ani’s case definitely started off as a sad one. But it was no wonder that her therapist wanted someone’s help looking into things. Because there was a lot going on under the surface with this one. And it felt like everyone was a freaking suspect. Yes, Ani did actually commit suicide, but that didn’t mean there wasn’t someone to blame for it. The bullying that Ani suffered was heartbreaking and the fact that someone would actually send medication to someone encouraging them to overdose is beyond sickening. Add to that it was a freaking teenager doing it and I was beyond disgusted. This shit is really happening in the world and it’s absolutely not ok. Honestly, it hit close to home for me watching it, so it wasn’t really a big wonder why it would hit close to home for Juliet.

Naturally, Magnum was able to figure out why it hit close to home for Higgins as well. Just like he was able to figure out that she was in contact with MI6. This means that Magnum probably isn’t too far off the mark from finding out just how involved with MI6 Juliet is these days. So she should probably get a move on and just tell him what the hell has been going on before he finds out and gets pissed at her for hiding it from him. At least I was able to get some satisfaction with Higgins’ therapist getting her to realize that she doesn’t actually see Ethan as a partner. That’s clearly a spot that goes to Magnum. Duh.

The Tide is Changing

Is it bad that I’m rooting for multiple breakups? Because I definitely am. It’s pretty clear that Ethan and Juliet are on their way out of the relationship game. But I’m kind of wondering if Magnum and Lia aren’t also on their way to splitsville. And I’m also really hoping for it. They just don’t fit well together. Besides, it was pretty clear in this episode that Lia wasn’t feeling all that impressed with Magnum. I kind of feel like she treats him like a little kid. And sure, Magnum can be the epitome of immature. But he has grown a lot and come a really long way. He deserves to be treated as such. Not some cute kid. So I’m just going to sit here with my fingers crossed that we get all of the breakups in the coming episodes, clearing the way for Juliet and Magnum to finally get together. 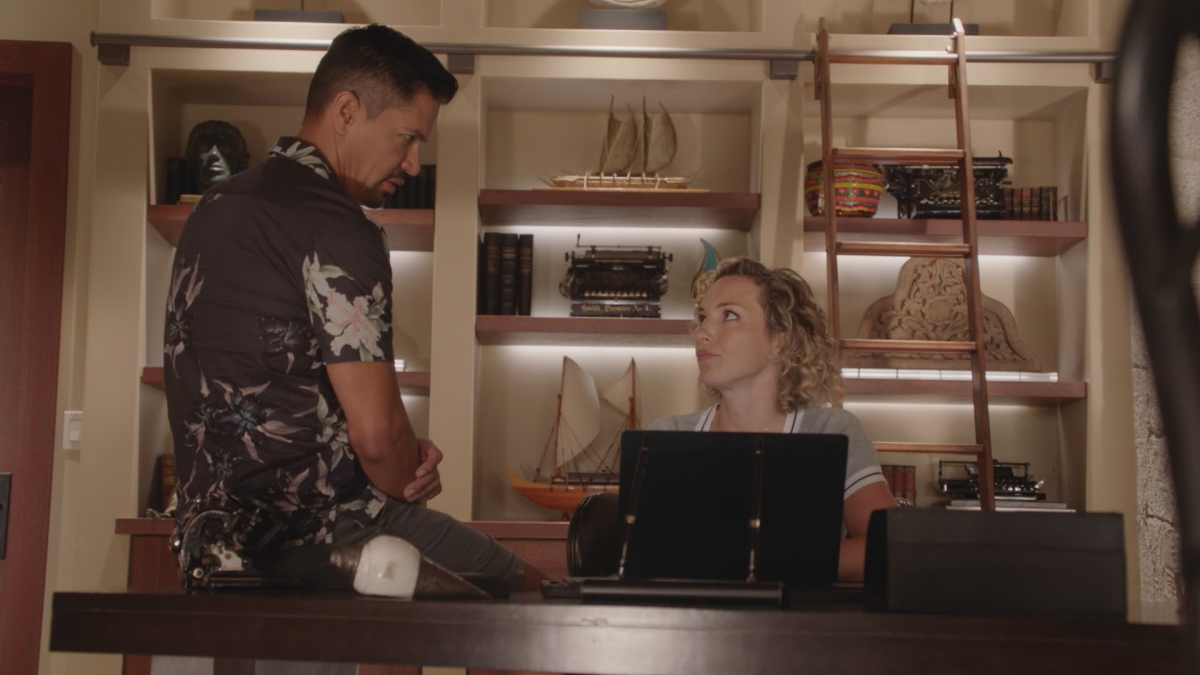 What did you think of Magnum PI 4×04? How long do you think it will be before Juliet and Ethan officially call it quits? What about Lia and Magnum? Do you agree that they are on their way to a breakup? Or do you think that they are going to be staying together for the foreseeable future? What do you think about Juliet seeing a therapist? Is it going to help her admit her true feelings? What about the case they were faced with this week? Did you like to see the show tackling issues like this? Find and follow us on Twitter @capeandcastle to share all of your thoughts on Magnum PI 4×04 with us! You can find me on Twitter @Sarah_Jeanne17! Also, be sure to check out our site for more content on all things Disney and beyond!