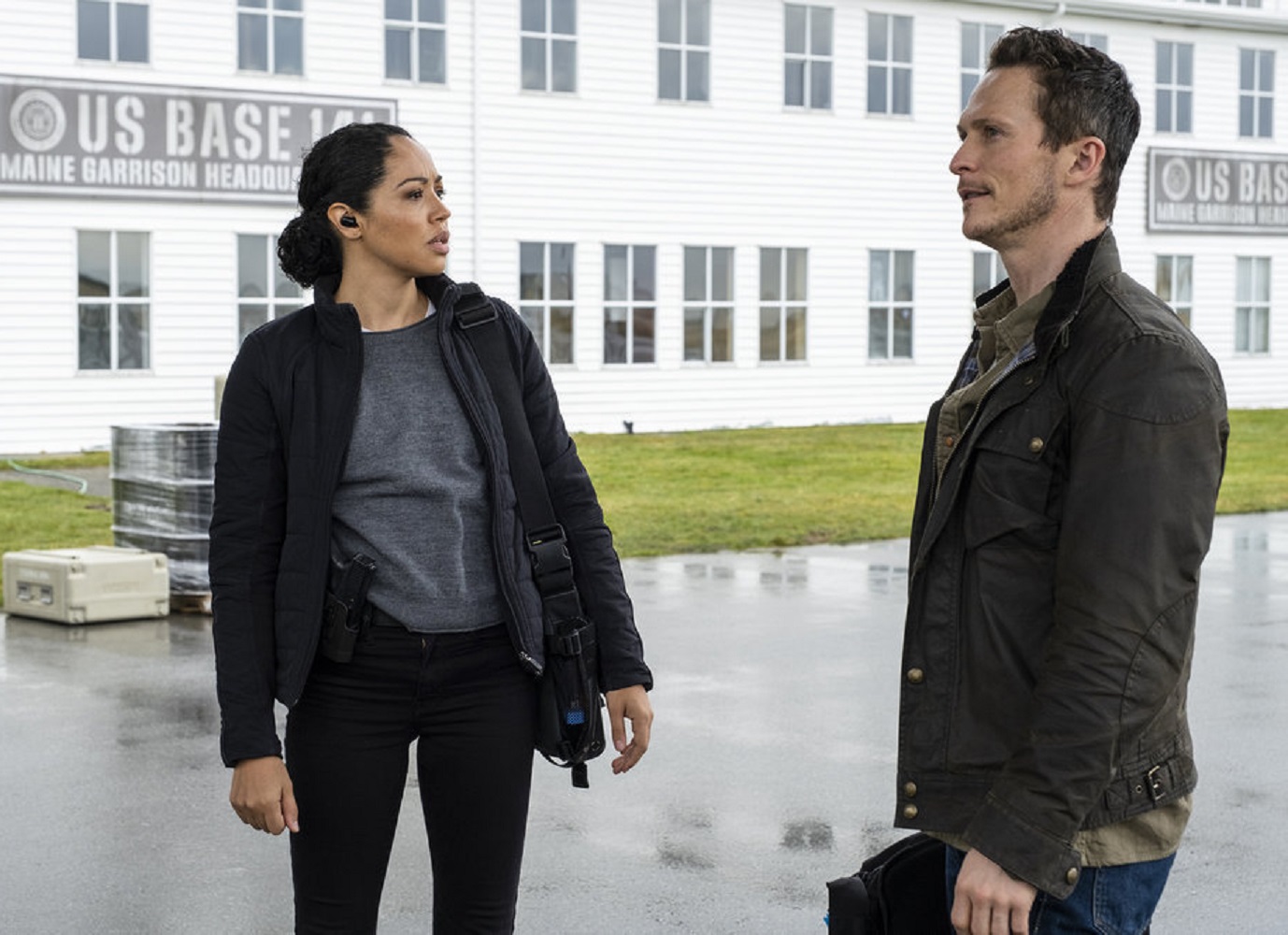 So keep reading for my Debris 1×07 review!

So the partnership between Bryan and Finola hasn’t changed the way I was hoping to see. I wanted the two of them to be teaming up against their respective organizations. But it seems like there is just as much tension between them. What the heck? When Bryan was informing his boss that Finola knew her father is alive, I thought it was something he and Finola had discussed doing. But her reaction to the news proved that certainly wasn’t the case. Finola made it clear at the end of the last episode that the two of them only have each other. Which means they can’t really trust anyone else right now. 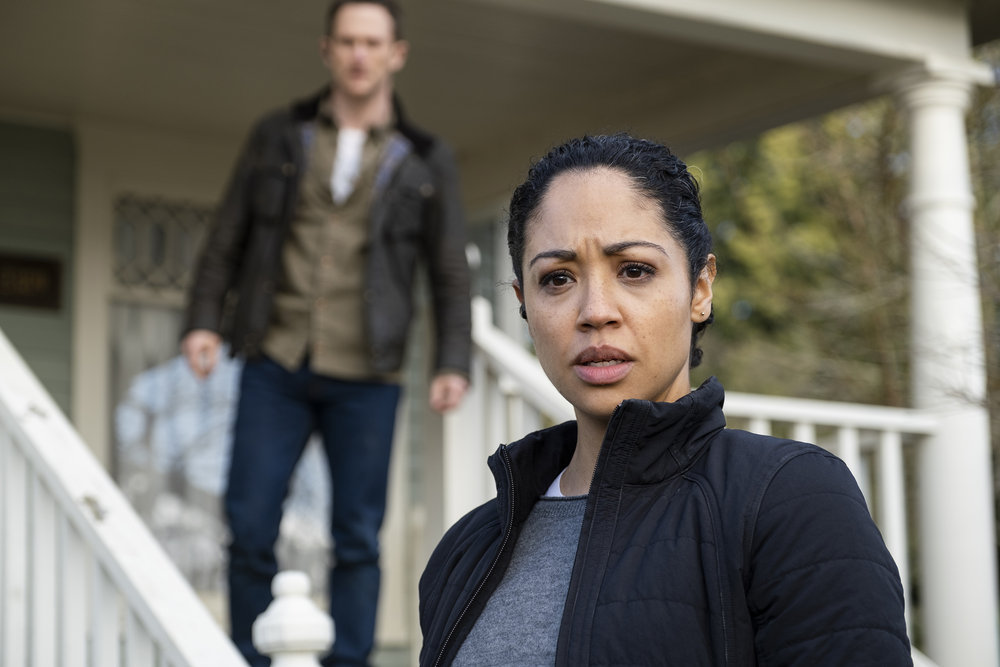 Finola seems completely on board with only trusting Bryan. But Bryan seems to remain unconvinced that his own boss isn’t trustworthy. At least not until there is some solid evidence he can physically look at. That was frustrating as hell. Come on, Bryan! Finola has gone out on a limb to trust him and even gave Bryan way longer than I would have to tell her the truth about things. I suppose I should just be grateful that Bryan is at least being honest with Finola now. Not having any secrets left between them is a pretty good place to start. But in order for Finola and Bryan to get anything accomplished, Bryan needs to accept what Finola is telling him.

Kids and the Supernatural

Putting little kids and supernatural forces together never fails to freak me out. And this case was no different. Caroline was giving me a serious case of chills. It certainly didn’t help that this time around there was a whole lot more than just one piece of debris to deal with. But instead a whole pile of them. At first, I thouhgt it may be a good thing since it would mean that was less for Bryan and Finola to have to find. But I quickly realized that multiple pieces of debris together in one location is actually a very bad idea. Like, monumentally bad.

Speaking of chills, Luke was doing a pretty good job of giving them to me as well. That dude was crazy! And maybe it was the debris enhancing his feeling of anger at the Air Force for what happened to his unit. But I don’t think so. I was also left in shock with how the final showdown in this episode went down. And I think that Caroline is going to end up playing more of a part in things as we get closer to the finale. At least it seems like it. There must be more to Caroline since she clearly has a connection to the debris and some otherworldy abilities.

I’m getting really tired of Ferris. Honestly. Now she is manipulating Dee in order to get Finola to go home? It is so frustrating that I don’t know what she’s after. I have so many guesses. But this show is great at continuing to make the mystery run deeper while not giving anything away. At least, I hope it’s intentional. Just like I hope there’s another season of this show. Because I do not believe that all of my questions are going to be answered in the remaining episodes for this season. And I have a desperate need to know what the hell Ferris wants. I’m starting to think she’s the real big bad here. 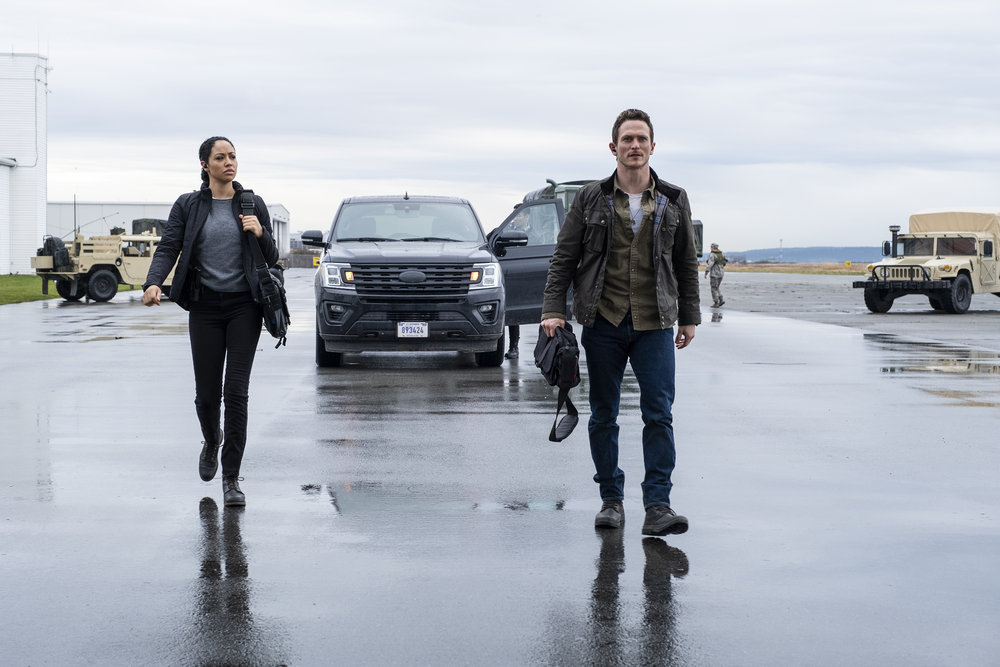 What did you think of Debris 1×07? Were you surprised to see that Bryan and Finola still weren’t on the same page about everything? Do you think they’ll get there in time and realize the only ones they can trust are each other? Will we see Caroline again? Or was she just another small piece in the puzzle of the debris? Where do you think things will go from here? And why is Ferris using Dee to get Finola to go home? What do you think her intentions are? Find and follow us on Twitter @capeandcastle to share all of your Debris 1×07 thoughts with us! Be sure to check out our site for more content on all things Disney and beyond!