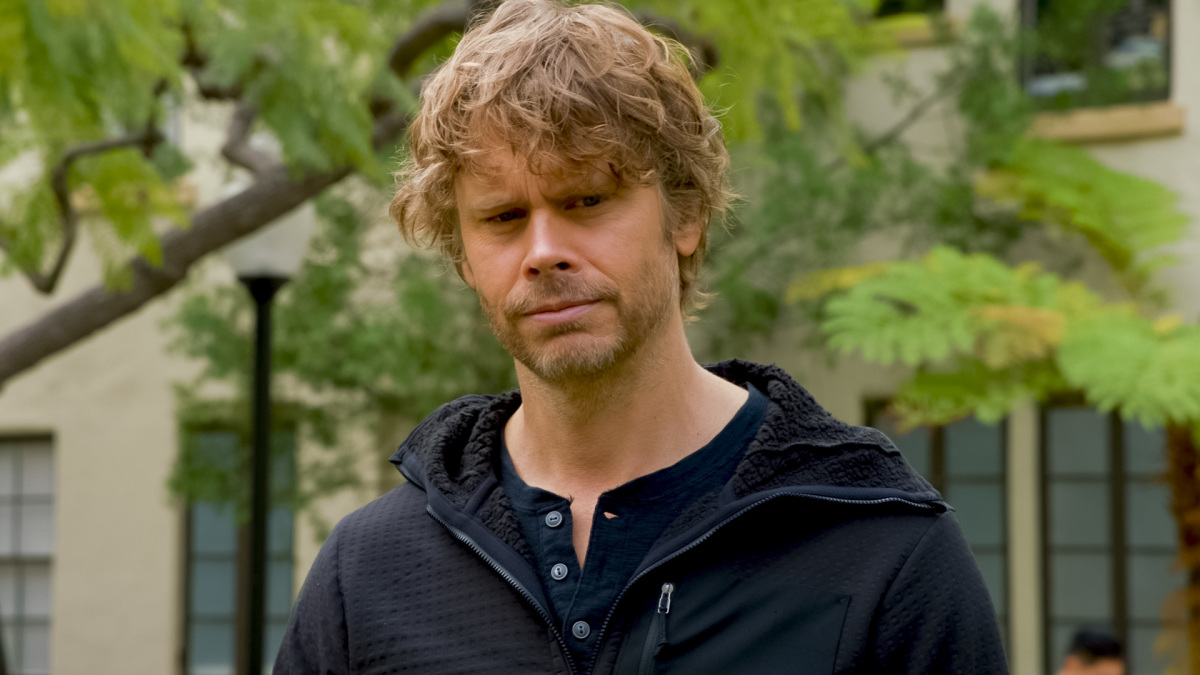 NCIS: Los Angeles may now be on yet another nearly month-long break, but they sure left us with plenty to think about. The episode “The Noble Maidens” not only answered some questions but also gave us more information on a certain character who the team has been searching for. Let’s go over just some of the key things that happened in this episode of NCISLA. 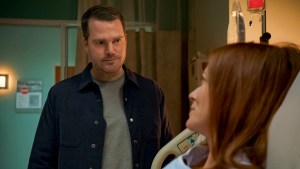 During the course of the episode, it is clear Callen is basically going lone wolf on the team. He is desperate to get Anna back. He looks to Zasha Gagarin for information on Katya, even though this could be dangerous for her. When he talks to Joelle, who is recovering from her injuries, he finds out she was kept inside a shipping container. Unfortunately, she doesn’t know much other than part of the serial numbers left on the container she was in.

Eric joins the team to help them, as Nell is also busy trying to go between making calls, helping the team, and talking to Admiral Kilbride. He makes inferences that Hetty may not be on the job for long. This seems to be a lead-in towards Nell staying on in her place. But Nell is still not entirely prepared to make a comeback. However, she assures him that while at NCIS, her focus is on helping her team.

With all that is happening, Nell’s patience is wearing thin. This shows when Sam takes out his frustration with Callen on her. Nell standing up for herself at this moment was much needed. It was obvious Sam was impressed. He used her need for the team to work together to get Callen to regroup. 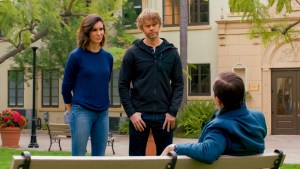 Eventually, Deeks and Kensi go to Kirkin for information. He tells them about a group called The Noble Maidens, who were schooled to become spies. Anna had gone to the school with Katya.

Callen figures out that Katya, if she is not in the US anymore, likely is working with two members of the group that Joelle referred to. Arkady, upset and furious with the team for not protecting Anna, is ready to find her himself.

Deeks and Kensi track down where the shipping container was purchased and their descriptions match two names that Zasha gave Callen. Even though they know Anna is likely being transported to Russia, they don’t know where to look. Nell takes the reigns at this time, bringing the team together as they once were. She works with Eric to find out what ship is going to Russia that day.

The costs of a search

The team arrives at the port, but they discover Arkady and Kirkin are also there. Kensi and Deeks split up to stop Arkady and Kirkin, respectively. Unfortunately, one of the suspects’ fires on Deeks and Kirkin. The latter pushes Deeks out of the way of the gunfire. Deeks tries to help Kirkin after he is shot, but unfortunately, he succumbs to his injuries.

Sam and Callen are able to stop the women, with one being shot down and the other arrested. Callen opens the shipping container and finds Anna alive. Anna will have to stay in Los Angeles while an investigation occurs over everything that has happened. For now, Callen agrees that she should come home.

Despite him saying this, he goes to stay with Joelle in the hospital. There is a lot for Anna and Callen to deal with together in the aftermath. Plus, with the last scene, it feels like things are not quite complete regarding Joelle and Callen. However, knowing this show, anything is possible.

Thoughts on the episode 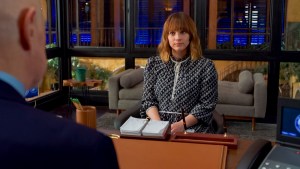 It was disappointing to have to say goodbye to a character like Kirkin. He always brought a flair of humor in an otherwise action-packed episode. It’s clear Deeks was affected by the fact that Kirkin lost his life after trying to get away from the life he used to lead.

What did you think of the episode? Let us know in the comments! Find us on social media for more content. Make sure to catch up on our previous NCISLA recaps.