What does the future hold for Bucky Barnes?

Many fans were excited to hear the announcement of several upcoming Marvel productions at the San Diego Comic-Con last month. For myself, I was very intrigued by The Falcon and The Winter Soldier show. They may not have had a lot of screen time together, but I enjoyed the light banter between Sam Wilson and Bucky Barnes in Captain America: Civil War. So this news put a smile on my face. However, I do have some issues with the portrayal of Bucky as a character.

As we all know, James Buchanan Barnes, or Bucky as he is called, is the oldest best friend of Steve Rogers, the now former Captain America. Bucky was taken by HYDRA and brainwashed to be their assassin, carrying out many murders and other countless terrors over a large span of years. Thankfully, he was cured by Shuri in the timeline between Civil War and Black Panther, but we haven’t seen much of his character as a whole.

I’m aware that Bucky is more of a supporting character in the MCU and he will have a more dominant role in future productions, but Marvel should have tried to give his character more substance. We’ve only seen him as a confident, flirtatious soldier, a brainwashed HYDRA agent, then as a melancholy man who, like Steve, is definitely lost in this new world. I’m not ignoring the fact that he’s a selfless person. In Civil War, Bucky told Steve, “I can’t trust my own mind. So until they figure out to get this stuff out of my head, I think going back under is the best thing. For everybody.” He voluntarily chose to be placed in cryosleep until a solution to remove his brainwashing could be found. That is a big decision and likely scary since HYDRA always put him in cryosleep until they needed him for his next mission.

Now he’s in the world again without his closest friend and brother-in-arms, Steve Rogers. As I’m sure you recall, the end of Avengers: Endgame was controversial to many fans as we witnessed Steve go back in time to another universe – what were the writers thinking? – and marry his “true love”, Peggy Carter. In the process, Steve abandons the Avengers when they need him the most, particularly Bucky.

Let’s discuss this for a moment. Bucky has been in Steve’s life since they were children and they’d been best friends for a long time, spanning into adulthood. Bucky is also in a vulnerable position now because he’s not in Wakanda anymore. He’s on American soil and the government would, no doubt, wish to incarcerate him for the murders he committed as the Winter Soldier. If anyone could be a pillar of support for Bucky in these trying times, it’s Steve, but he’s now an old man. Bucky needs an ally more than ever and perhaps he finds one in Sam, but what is his mindset on the events he’s experienced?

We know that Bucky is not the same man he used to be in the forties. Back then, he was a ladykiller and very confident in who he was. Now, he’s a man who’s trying to put the pieces back together and figure out how to live again. I’d say he has it worse than Steve because he was brainwashed and he has to struggle with the guilt of what he’s done in the past. I certainly don’t blame him as he was under strong mind control, his character is a big question mark to me now. It’s as if Bucky became an afterthought and the writers just threw in tiny clips to remind us that Bucky exists. They could have given us more screen time to see Bucky growing and reclaiming his agency.

I noticed how hurt he was when Steve went back in time to return the stones. It’s a popular theory among fans that Bucky knew Steve was going to stay in the past with Peggy and they’d talked about Sam being given Captain America’s shield. Many assume that he’s okay with that and accepted it with no argument and I think that’s probably the case. Bucky has to be himself and not try to become Captain America and he likely doubts that his mind is ready for such an enormous task. Adding to that, he knew Steve better than anyone and he must have known that talking him out of leaving wouldn’t work. We all know Steve is a stubborn man, but where does his unusually selfish choice leave Bucky? Alone.

This is what I believe. Bucky didn’t say anything to convince Steve to change his mind because he knew he was taking all of the stupid with him – watch The First Avenger for context – and he would just have to bear it as best as he could.

Now that Bucky will be appearing in a show on Disney’s streaming service, Disney+, Bucky’s point of view can be really explored. I want the writers to remember that this is The Falcon and The Winter Soldier show, not just The Falcon Show. Bucky doesn’t deserve to be pushed into the background to uplift Sam’s part of the story. It’s time that we see just how crushed Bucky was by Steve leaving. I’m expecting him to open up to Sam and tell him how he’s still coping with the fact that his best friend left him in a thoughtless way.

I want to see Bucky express that he’d had a chance to tell Tony Stark that he was sorry for the murder of his parents – he did look quite depressed at Tony’s funeral – because we know he was used as a HYDRA puppet, but that fact definitely gives Bucky no comfort. He did say that he remembers every face of the people the Winter Soldier has killed and moving on from the trauma he’s endured must seem insurmountable. Speaking of which, I’d even like to see him accept the moniker of White Wolf, which is what a few children in Wakanda called him in the second post credits scene of Black Panther because the Winter Soldier is no longer a part of him and it’d just remind Bucky of the past.

For those of you who don’t know, White Wolf was a Caucasian man in the Black Panther comic books who was adopted by T’Chaka and raised as his son. While the MCU version of T’Chaka is dead and Bucky is far too old to be adopted, perhaps he could get close enough to T’Challa and Shuri to be a brother of sorts. That would bring an interesting and compelling dynamic to the MCU. Shuri has spent plenty of time with Bucky since she is responsible for removing his brainwashing. It wouldn’t be left field to see a good friendship develop from that and Bucky needs all the healthy relationships he can get.

I’d like to add another point. Bucky deserves a redemption arc. Perhaps he can do an assignment that has a relation to one of his old missions and it’ll help to relieve the stress on his mind. Bucky needs to be able to step out of the shadows and a way to accomplish is to show him connect to other people. I like the idea of he and Shuri staying in touch via FaceTime or cracking jokes with Sam about how young he is. Bucky needs to have little moments like these to add to his personality. He should be seen as someone who is slowly coming out of his shell and learning to find a place in the world.

I know it’s unlikely to happen, but I would love to see a Bucky and Wanda romance. I think they’d understand each other better than anyone else and that’s a romantic notion in itself. They were both used as weapons for HYDRA. The only difference is Bucky was forced into it and Wanda was misled and blinded by her anger to truly realize that she was volunteering herself to be a guinea pig. They’re both on the quiet side, but I feel that they’d get along well and enjoy each other’s company.

Unfortunately, I believe this is wishful thinking because one of the other productions coming soon is the WandaVision series and there’s been rumors circulating that they could bring Vision back without needing the mind stone – please, do not let that happen! – so the chance of Bucky and Wanda becoming a couple is very small. If they never become lovers, I can accept that, but the writers should at least let them become friends and have some nice exchanges. I haven’t forgotten how Wanda was standing next to Bucky at Tony’s funeral towards the end of Endgame. Maybe that was a hint of future interactions between them. I’ve got my fingers crossed!

What I desire more than anything is for Bucky to just be a man who is a work in progress but is constantly growing, builds up his confidence and becomes a great Avenger in the end. Bucky Barnes deserves the world and I hope the writers deliver that. 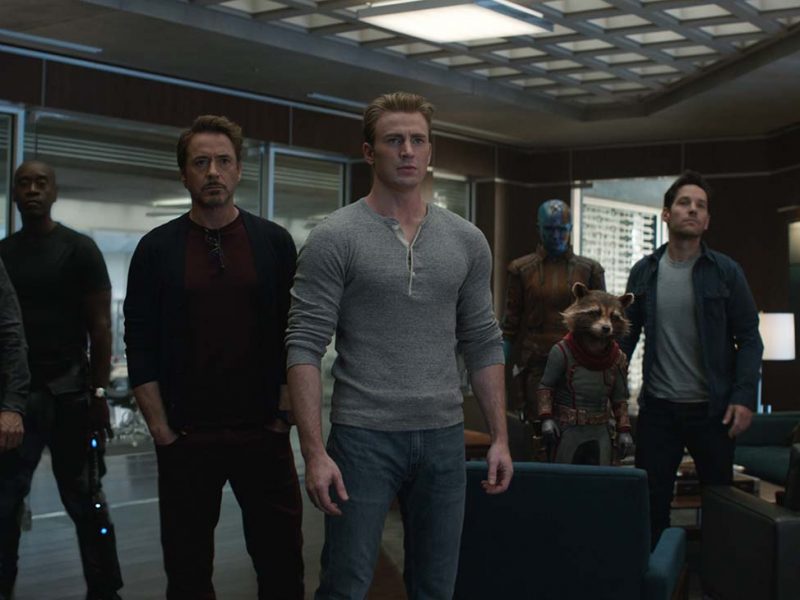 17 Things We Would Change In ‘Avengers: Endgame’

Happy Birthday, Sophia Bush! Here’s why we love you

How ‘Council of Dads’ Hits Home for Me

Why We Need ‘Council of Dads’

‘Chicago P.D.’: Why I now ship Upzek, and why I still ship Linstead firmly