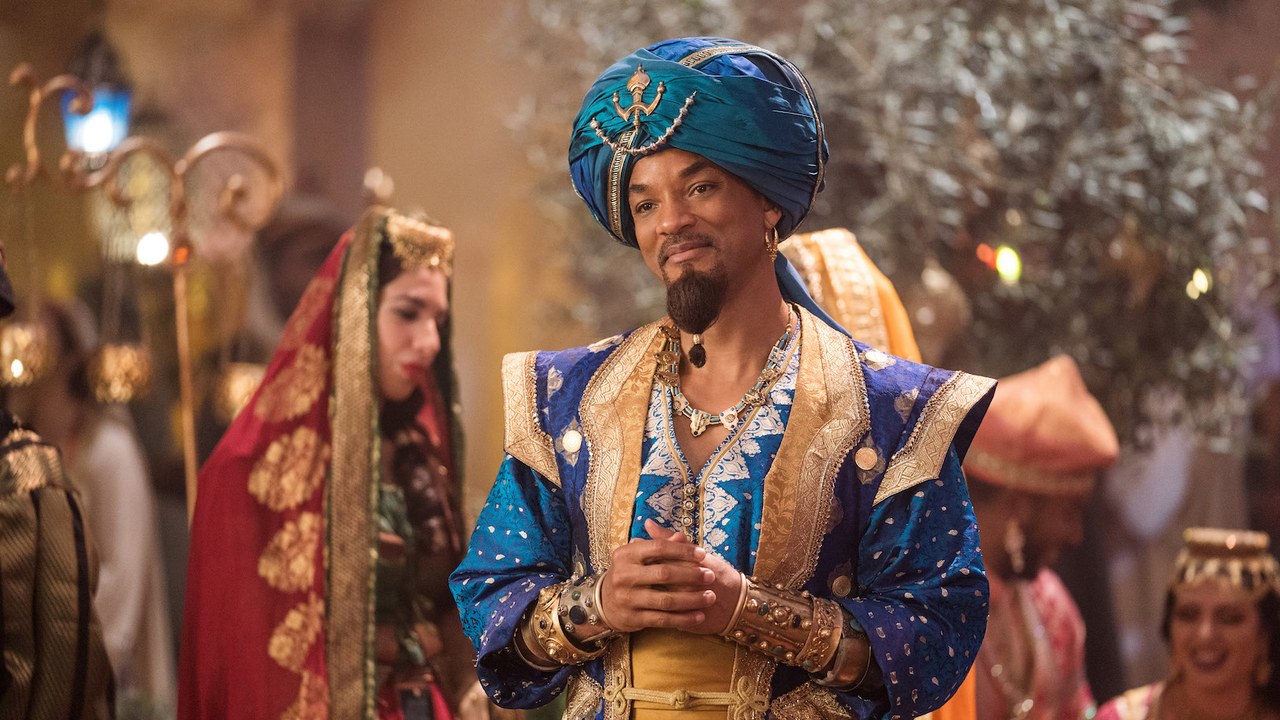 Disney’s live action Aladdin has cast a spell on me, and nothing can uncast it now.

If a genie were to grant me three wishes today, one would be an advanced copy of the live action Aladdin so that I could watch it now and over and over again.

I remember when I first heard that Disney was transforming the animated film into a live action. I’d never been against the live action remakes before—I loved Emma Watson’s Beauty and the Beast, and Cinderella, though it isn’t one of my go-to movies, wasn’t terrible to watch. But for some reason, I was really adamant about Aladdin. I didn’t want it getting remade. The animated was perfect to me as it was.

I didn’t really know why I felt that with Aladdin at the time, because I wasn’t that way with Beauty and the Beast. But then I realized, casting had a lot to do with it (I’m Emma’s biggest fan, and I was excited that Luke Evans and Josh Gad were cast as Gaston and LeFou, respectively). Beauty and the Beast was my third favorite movie growing up (next to Aladdin and The Little Mermaid, in that order). If anything, I should’ve felt the same way about it getting a remake. But I didn’t. I just wasn’t having it with Aladdin.

Though I’m a fan, I wasn’t excited about Will Smith becoming the Genie. It might’ve been because I was unaccepting that anyone be the Genie other than Robin Williams (R.I.P., to this day). I also didn’t know who Mena Massoud was, and for some reason, I just really wanted a big name, an A-lister of sorts, to fill Aladdin’s shoes. I wanted someone familiar, someone I was a fan of. But also again, it was hard for me to accept anyone being Aladdin other than Scott Weinger (though I knew it wasn’t possible for him to reprise his role due to his age).

I was really only all for who they cast as Princess Jasmine. Yes, she wasn’t Arabic (she’s half-Indian) and to others that was controversial, but Naomi Scott was familiar to me, and her performance as Kimberly in the 2017 Power Rangers remake was stellar. Maybe I’m just not a big fan of change is what it is—I wasn’t all for the idea that anyone else play my most favorite Power Ranger other than Amy Jo Johnson, either, but here Naomi was and she proved she was worthy of the character. And she did the same thing with Jasmine. Even more so. But more on that later.

When the first teaser trailer for Aladdin released in 2018, I admit that I was not impressed. The CGI and VFX were horrible, and Genie wasn’t blue. That was probably the major disappointment, right there. Aside from that, it felt too close to the original—it was practically the same, just more “realistic.” Again, I wasn’t impressed. Why do a remake if it’s exactly like the original? Why break something that doesn’t need fixing? I mean, “If it’s not Baroque, don’t fix it,” right?

Clearly, I was too harsh. I wasn’t giving it a chance, until when the extended trailer released—I watched it, and it was spellbinding.

It was obvious that Disney listened to the criticism—the CGI/VFX improved, and Genie was finally shown as blue. They also previewed the beat of “A Whole New World,” and I think that’s what got me. Naomi had sung it beautifully, and the magic carpet ride was beautifully done to not only match how it was portrayed in the animated, but better. I swear to you, I had tears just watching the trailer. I was finally excited for it.

And then came the movie in the theater. I don’t think I watched it with my mouth closed. I was in awe of everything, from the sets, to the costumes (Jasmine’s especially were gorgeous), to the singing (the singing!)—the new song “Speechless,” had me speechless. I swear, to this day, I listen to it at least once a day.

On top of all of that, Naomi and Mesa’s chemistry radiates. If Aladdin and Jasmine weren’t already a shipper’s dream, then these two definitely made them to be so. Not only that, but I got to give it to Mesa. He killed it as Aladdin. 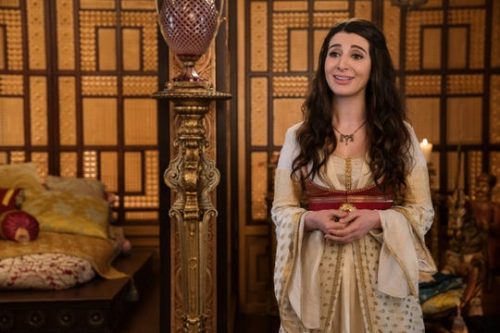 And while he may not live up to Robin, Will was exceptional to say the least. He put a new, unique spin to the character, which I absolutely fell in love with. And I love that he got his own little love story with Dalia, too. He made Genie more human, and relatable, and I loved that about this new Genie. 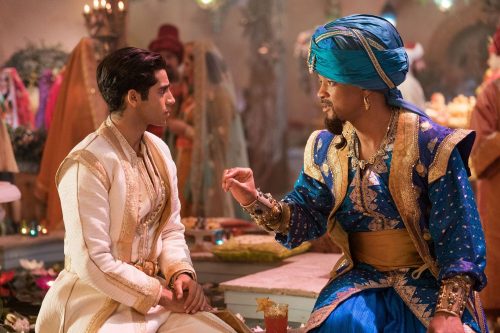 But Jasmine, she wowed me especially. She’s my most favorite Disney Princess, so I was critical most of all when it came to her. Like I said, I liked Naomi going in, so I wasn’t shocked when she wowed me with her performance. After finally seeing the movie in its entirety, I can honestly say that she’s perfect for the role. There’s no one I would’ve wanted to portray her more than Naomi. Naomi’s perfect. This Jasmine’s perfect. 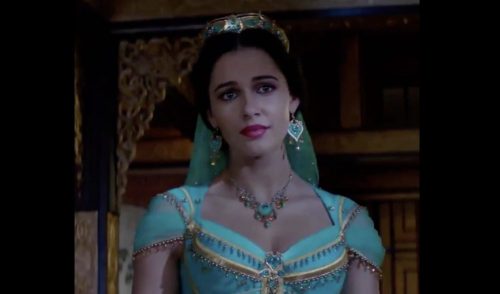 Of course, though not every movie is perfect. I wasn’t the biggest fan of this Jafar, nor this Abu (I honestly just wanted him to be cuter). But these two “setbacks” were minor, and nothing compared to how beautifully made this movie was. Seriously, if I could curtsy to Guy Ritchie right now, I would.

The story stayed close to the animated, but was also an original telling, which I loved. And upon watching The Lion King remake, I now understand the significance of retelling a story, but with a new twist.

I wasn’t as impressed with the 2019 The Lion King as I thought I’d be, to be honest (I’m so sorry, Jon Favreau, don’t hate me!)—I think it was because it was too similar to the animated, and none of the new twists and turns really stood out, or made an impact. Even the casting of Beyoncé and Donald Glover couldn’t save the movie, though they were probably why I was looking forward to it. (See? I gravitate towards familiar faces a lot. I have a problem.) But my impression on Aladdin was one I never saw coming. For someone who was so against it, I’m amazed at how fascinated I am of it.

My favorite part? That they made Jasmine such a strong female character, and that she became Sultan. Sultan! Honestly? It should’ve just been renamed to Jasmine. (No offense to Mesa, I swear, because like I said, he did amazing! I’m just saying, Jasmine was just more of the star here and I’m all about it.)

I never thought that I’d like a remake better than an original. But then again, that seems to be a personal trend of mine. Look at Captain America, for example. The original was produced back in 1979. I watched it, and I hated it. But then when 2010 rolled in, my most favorite actor of all-time, Chris Evans, was cast as the titular character. I fell in love with Cap, and my outlook on Captain America changed completely. (Sure, it has a lot to do with Chris being Cap, but come on. You can’t tell me that Captain America: The Winter Soldier isn’t one of the best, if not the best, film in the Marvel Cinematic Universe.)

This Aladdin remake? It did just that. Not only did it match the magic of its predecessor, but it was even more magical. I never thought that possible, given that, like I said, Aladdin was the movie growing up.

I got out of watching Aladdin in the theater a second time on Friday, and I cried and laughed and squealed all the same as when I first watched it, if not more. I’ve said it the first time I watched it and I’ll say it again: this is one I’ll be watching over and over, and I can honestly say that I’d rather watch the live action than the animated, over and over, and that says a lot.

Though the ratings say otherwise, I’m sure a lot of people agree with me to some extent, for it did pass the billion-dollar mark in the box office. That’s gotta mean something, right?

If you haven’t already seen Aladdin and are still wary, at least give it a chance. I was right there with you, but look how the tables have turned. I now think it’s the best movie that I’ve ever seen from Disney. Who knows? You might, too, and then we can be besties.