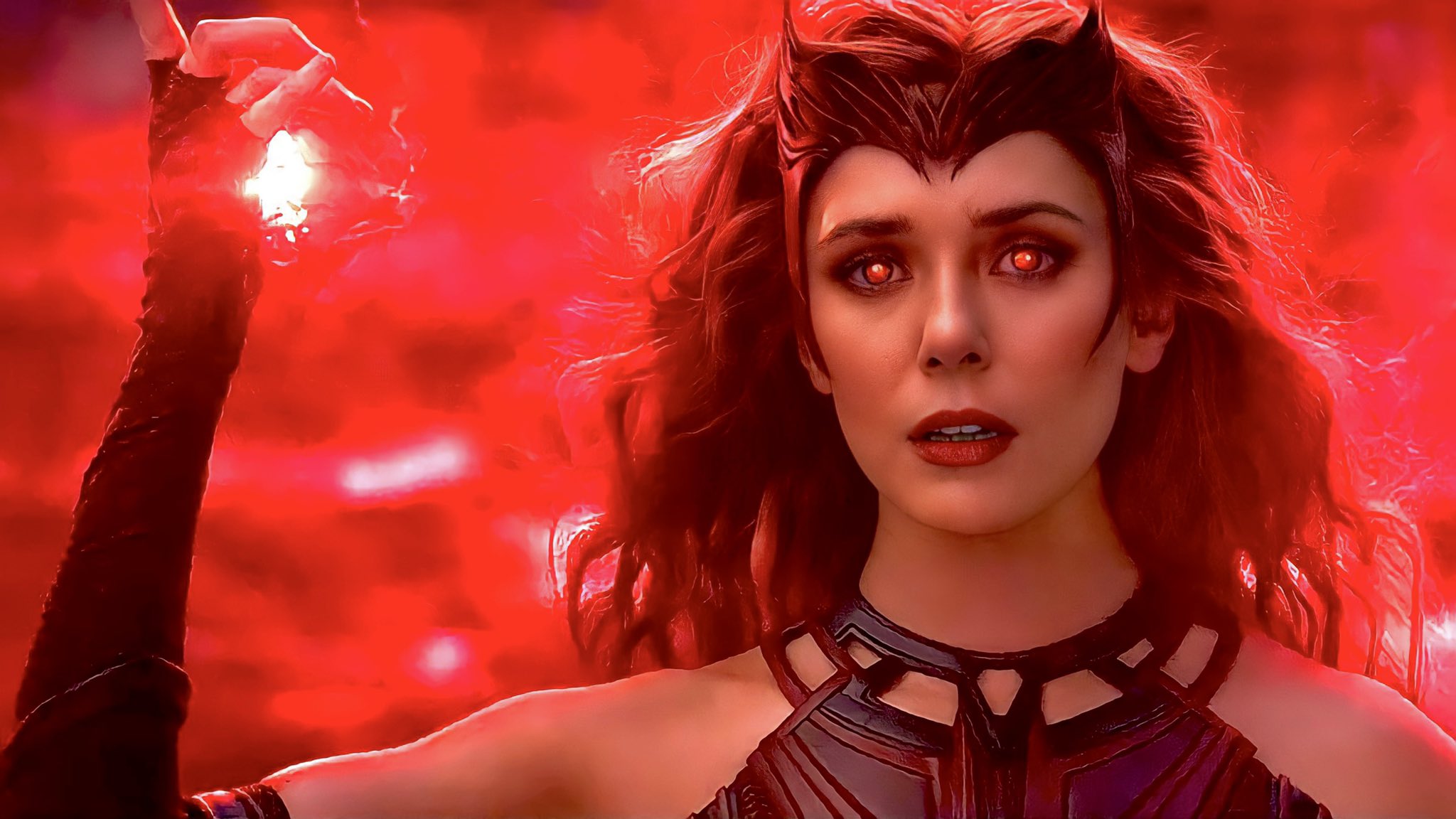 Wandavision came to an end as the series finale (same title) streamed on Disney+ today. And we have so many things to say starting with…we want more.

So, after gathering our thoughts and our tears, here is all we have to say about this final episode.

A clash of titans

If Wandavision had a slow, cryptic and puzzling start it certainly ended with a bang — no time to catch a break or release that breath you’re holding. Fifteen minutes into the episode and Wanda is battling Agatha Harkness, Vision is fighting White Vision and S.W.O.R.D. has entered the town, aiming their guns at the Wandavision family (who takes an uncanny, but awesome, air of The Incredibles). Things are picking up in quiet Westview and Wandavision morphs (along with Wanda) into a truly Marvel action production.

A star is born

But first, back to the coolest witch in town, aka Agatha. Determined to absorb Wanda’s chaos magic, the two women engage in an epic battle of spells across the town and in the sky. In the midst of all this coolness, Agatha can’t resist taking it a notch up by revealing Wanda/the Scarlet Witch is even more powerful than the Sorcerer Supreme — hello, Doctor Strange in the Multiverse!

Although Agatha is close to turning Maximoff into a decrepit mummy, Wanda uses the power of the Runes against her and deprives her of her magic.

In this epic moment, Wanda finally becomes what you, I, the entire fandom have been waiting for: the Scarlet Witch. And guys, the suit. The headdress. The hair. The confidence! I don’t know if Scarlet Witch is the most powerful Avenger (actually, I do) but she certainly wins the prize for the most badass attire.

Scarlet Witch is born but Wanda isn’t gone either. She doesn’t destroy Agatha but turns her into harmless Agnes. And we say yes! We’re totally crossing fingers for another cameo at some point in the MCU.

Just as the title indicates, the episode also marks the end of Wanda’s fantasy world.

After finding out that her spell has trapped the inhabitants and put them in pain, Wanda begins to pull it down until she realizes that Vision and the twins are fading away too.

The thought of losing her loved ones yet again is unbearable and she aborts it but, as she harnesses her powers to take down Agatha, Wanda understands it is time to put an end to all this.

This is the moment when tissues will come in handy as the little family heads back to where it all began: home. Wanda and Vision put the children to bed in a bittersweet farewell then head downstairs. The two lovers only have some seconds left to say goodbye but, at least this time, they get to say it. 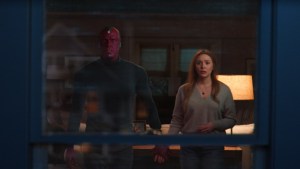 Elizabeth Olsen and Paul Bettany as Wanda and Vision (Disney+)

The scene is touching and tender without being overly emotional, at the image of Vision’s poised personality. As if it wasn’t beautifully heart-shattering enough, Wanda reveals what this Vision has been all along: a harmonious blend of her grief and love.

The house around them disappears and soon, Wanda is standing on the barren plot of land where it all started, alone again (but hopefully in a better place emotionally). After speaking to Monica, and as S.W.O.R.D. is on their way to arrest her, Wanda sets off as the Scarlett Witch. And this time, it truly was tragic NOT to see the “please stand by” TV credits.

Paving the way for Phase 4

Although the show has come to an end, it beautifully sets new plots for the future.

Let’s start with White Vision, who became Vision again (I think) after Wanda’s vision restored his memories. Wanda needs to know about this asap. The synthezoid flew off mid-episode somewhere never to be seen or mentioned again. Where is he headed to, exactly? Can we expect a cameo in the Doctor Strange sequel or maybe as early as the Falcon and the Winter Soldier episode finale (yes, I went there!). It certainly is good news regarding Paul Bettany’s future in the Marvel universe.

Monica Rambeau is also making her place in the MCU, and my little finger tells me she is to work for Nick Fury. Fury is apparently still drinking cocktails in space because he sent out a Kree to recruit her on his behalf. We knew she’d be in Captain Marvel 2 but it’s always good to have it confirmed in a mid-credit scene.

There’s so much more to be said, and if you actually want to hear our gushing and bubbling emotions, then be sure to check out our podcast, Wandavision finale special, when it comes out! If you can’t wait, our previous one is still available.

Overall, we are sad to see the show come to an end. It surprised us in a way we hadn’t been in a long while. Wandavision is different, ingenious, unique. In one word: bewitching.

Thanks Marvel for this gem!