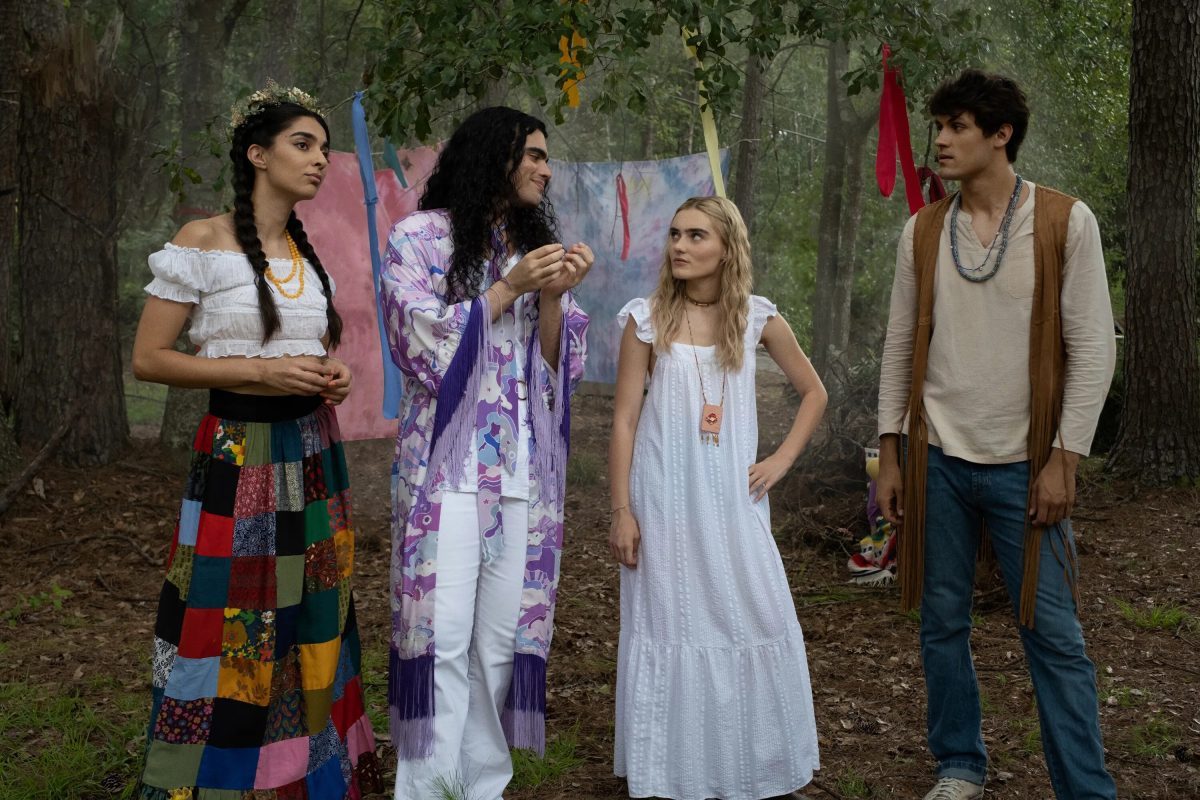 The action just keeps on coming with the next episode. Mary and the others get what they think is a lead on Samuel. So they head to Topeka, where people have been disappearing from a commune. But the rest of the team doesn’t believe Samuel is anywhere near Topeka and it leads to some tension in the group. Something else that leads to tension is the fact that Millie isn’t pleased about John being a hunter and doesn’t really want him to follow in his father’s footsteps in that regard. So keep reading for The Winchesters 1×02 review!

I love that the team gets closer with every demon they face. Nothing brings people together like bloodshed and fighting monsters together. Watching John and Mary bond and get closer every episode is so much fun to watch. The long looks they give each other, the small smiles, and the way they stick together already makes me swoon. And I’m trying to resist, but I already know they’re going to get together. Knowing how it ends is honestly just making it more fun and making me more eager to watch each part of their relationship and the two of them getting closer with every episode. Their adventures are proving to be fun, action-packed, mysterious, and with a side of jump scares now and then as well.

Finding out that Mary is as tenacious about finding her missing father as Dean was about John for so long. It really just made me wish they had more time together. Because this series is really showing how alike Mary and Dean are. It’s also showing how alike John and Sam are. Which will never cease to surprise me. Getting this inside look at John and Mary from the beginning is truly incredible. And Carlos is proving to be a favorite character. I find myself wanting to know more about him along with wanting to watch him kick some more ass. He comes off as being nonchalant about everything and acts as if fighting monsters and demons is easy and fun. But I think there’s more beneath the surface and I can’t wait to discover what it is.

I love that Lata doesn’t even realize what a badass she is. She is always worried about getting into the middle of the fight because she is scared of what the team will be facing. But she’s the first one to reach out and grab ahold of something. She has such a scientific mind and is always looking to learn more about the monsters the team faces. And while she thinks she’s a weaker member of the team, I actually think she’s one of the strongest. There’s nothing wrong with being afraid, I actually think being afraid means you’re going to be more cautious and aware of your surroundings. It certainly doesn’t make you weak.

Communes freak me out. It’s another name for a cult and it just plain freaks me out. And that’s without adding the La Tunda. Because she was also freaking terrifying and putting the two of them together had me on the edge of my seat. Plus, she feeds on children who disobey. That’s messed up. Along with freaking scary. When she took the form of Millie, I knew something was up with her but I didn’t put my finger on it right away. Then they showed that it was La Tunda trying to lure him in and then she took him! While I know he isn’t going to die, it didn’t make me any less concerned about him being kidnapped. Besides, Sam and Dean died several times over so John could die a couple of times too. Who knows?

I can understand where Millie is coming from when she doesn’t want John to be a hunter like his father. It consumed Henry’s whole life and she doesn’t want to see the same thing happen to her son. And with what we know about John, Millie has every reason to worry about that. But Ada did make a few good points when she was talking and bonding with Millie. John isn’t Henry and Millie isn’t going to be able to stop John if hunting demons is really what he wants to do. So in order to keep him in her life, supporting him and being there for him as he becomes a hunter is her best choice. And John clearly cares what Millie thinks about what he’s doing and he doesn’t want her to be upset with him. So they are going to have to find a way to be okay and compromise with one another. 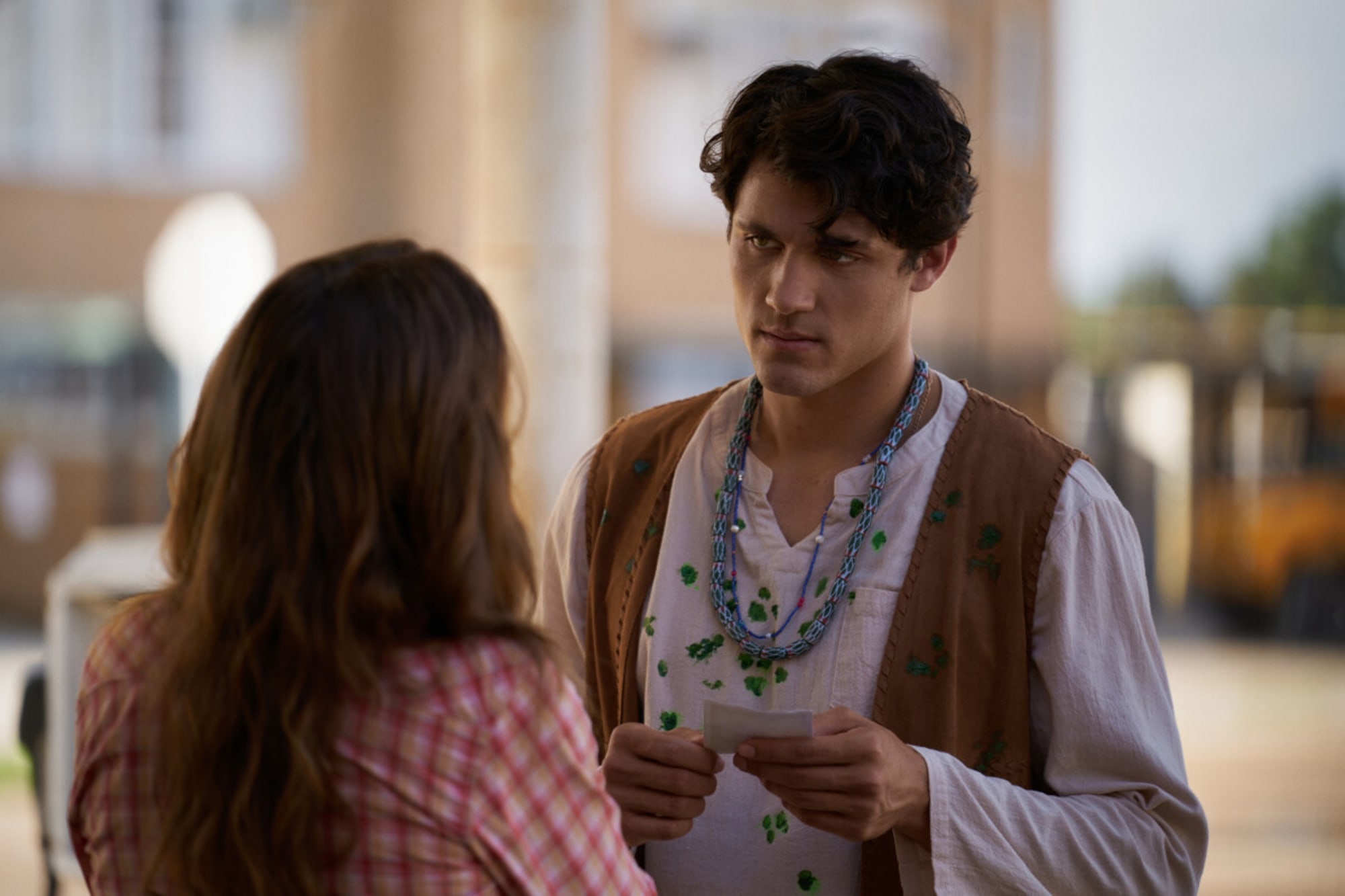 What did you think of The Winchesters 1×02? Were you a little freaked out by La Tunda? Do you think Millie will find a way to be okay with John being a hunter? Or is it going to put a rift between mother and son? Do you think Mary is closer to finding her father? Did you agree with Carlos that Mary puts Samuel on a pedestal and she needs to lead on her own? Or do you think she isn’t quite ready yet? You can find and follow us on Twitter, Instagram, and Facebook @capeandcastle to discuss all things The Winchesters 1×02. And you can find and follow me on Twitter and Instagram @Sarah_Jeanne17. Be sure to also check out our site for more content on all things Disney and beyond!