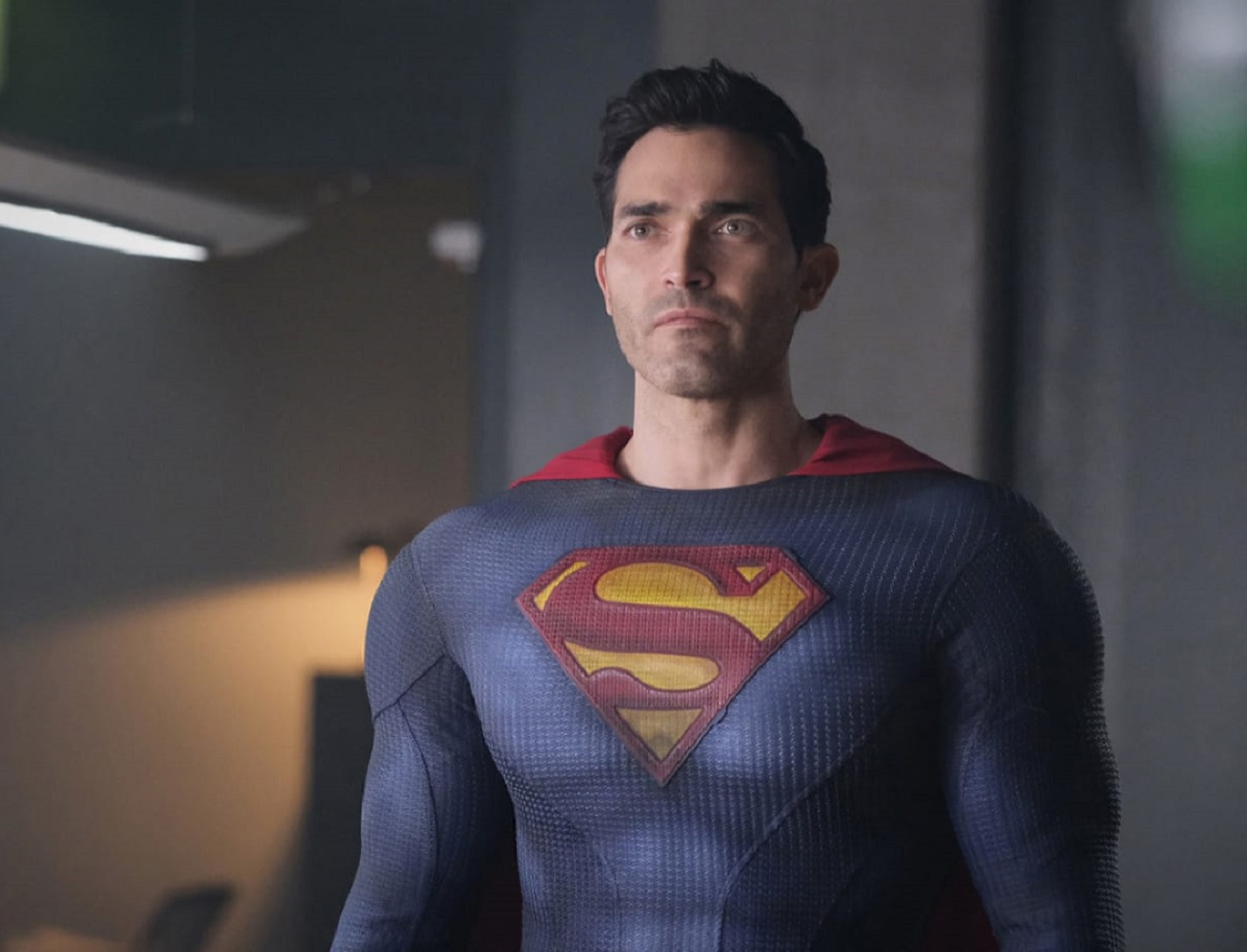 The show was finally back after a two-month hiatus. I missed the superhero show about family, teenagers, a tough-as-nails female reporter, and a man in blue tights! So keep reading for my Superman and Lois 1×06 recap!

This episode once again dealt with Jordan and his powers and the abilities to be a teenager that is a bit different. What does a teenager do when he realizes he is different from everyone else? How can you blend in without hurting someone? 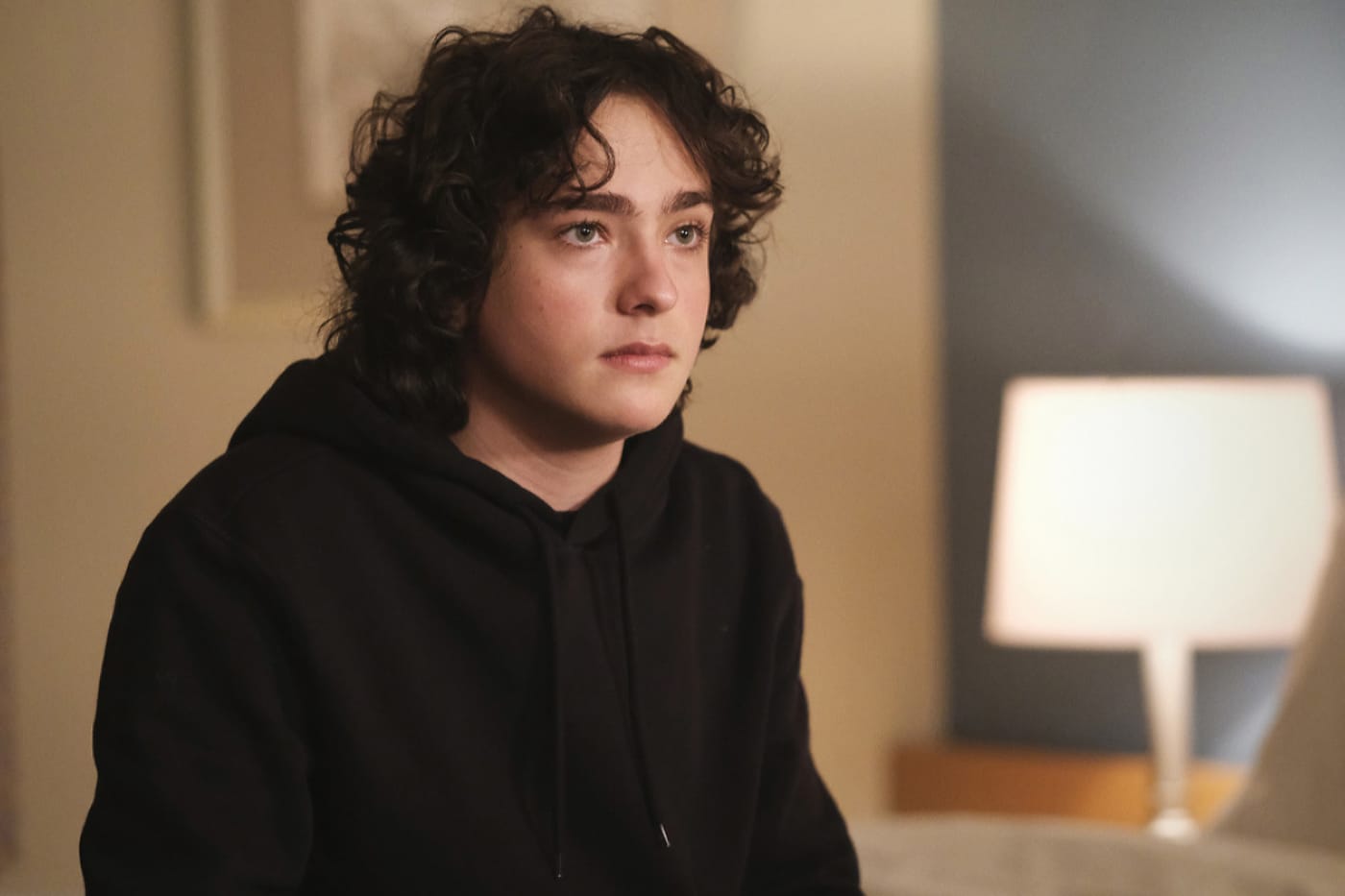 The episode began where the last episode ended – Tag confronting Jordan. Tag believes Jordan did something to him. As hard as Jordan tries, he cannot fend off Tag. Tag derails a train, and in an amazing scene, Superman fixes the track and saves the day. But Tag disappears. Superman takes his son back to the Kent farm, where his brother and mom try to take care of him. Jordan cannot heal himself and Jonathan wonders what will happen if Tag says something.

The next day, Clark tries to help Jordan learn how to control his powers. Especially the heat vision. Jonathan tells Jordan to just think of the bully back in Metropolis. Of course, this helps him get angry and force the heat vision. Jordan is having major headaches yet doesn’t tell Clark.

We find out that a big game is going to occur between Smallville and Metropolis. The twins are playing their old school and the bully who made Jordan’s life miserable in Metropolis. Sarah tells Jordan, she is going to Metropolis to cheer them on at the football game.

Morgan Edge once again asks Lana to work with him. Kyle does not seem to be pleased, yet he wants Edge to stay in Smallville to help other families. Kyle takes Lana out to celebrate her new job while Sarah changes her mind about the football game and babysits her little sister. Lois shows up at Kyle and Lana’s house to ask for their help. Kyle says no way, and at first, Lana does too.

Tag decides the best way to get to Jordan is to kidnap Sarah. He shows up at her house when her parents are out. He takes Sarah to Metropolis. Clark doesn’t want Jordan to play in the football game. When the quarterback is injured, Jonathan gets a chance to show off his skills. He plays in the game and is tackled by a bunch of players when a fight breaks out. His eyes start glaring red. Clark jumps to his son’s aid and takes in the heat vision with his hand.

Marcus helps Lois look into the mines in Smallville. She realizes he is more than just another reporter. When they are attacked by Edge’s henchwoman, Marcus uses something to get them out of the way. Lois finds out the name of the material in the mines. Marcus lies to Lois once again and tells her that he used to work for Edge. He tells her the material in the mine is x-kryptonite. 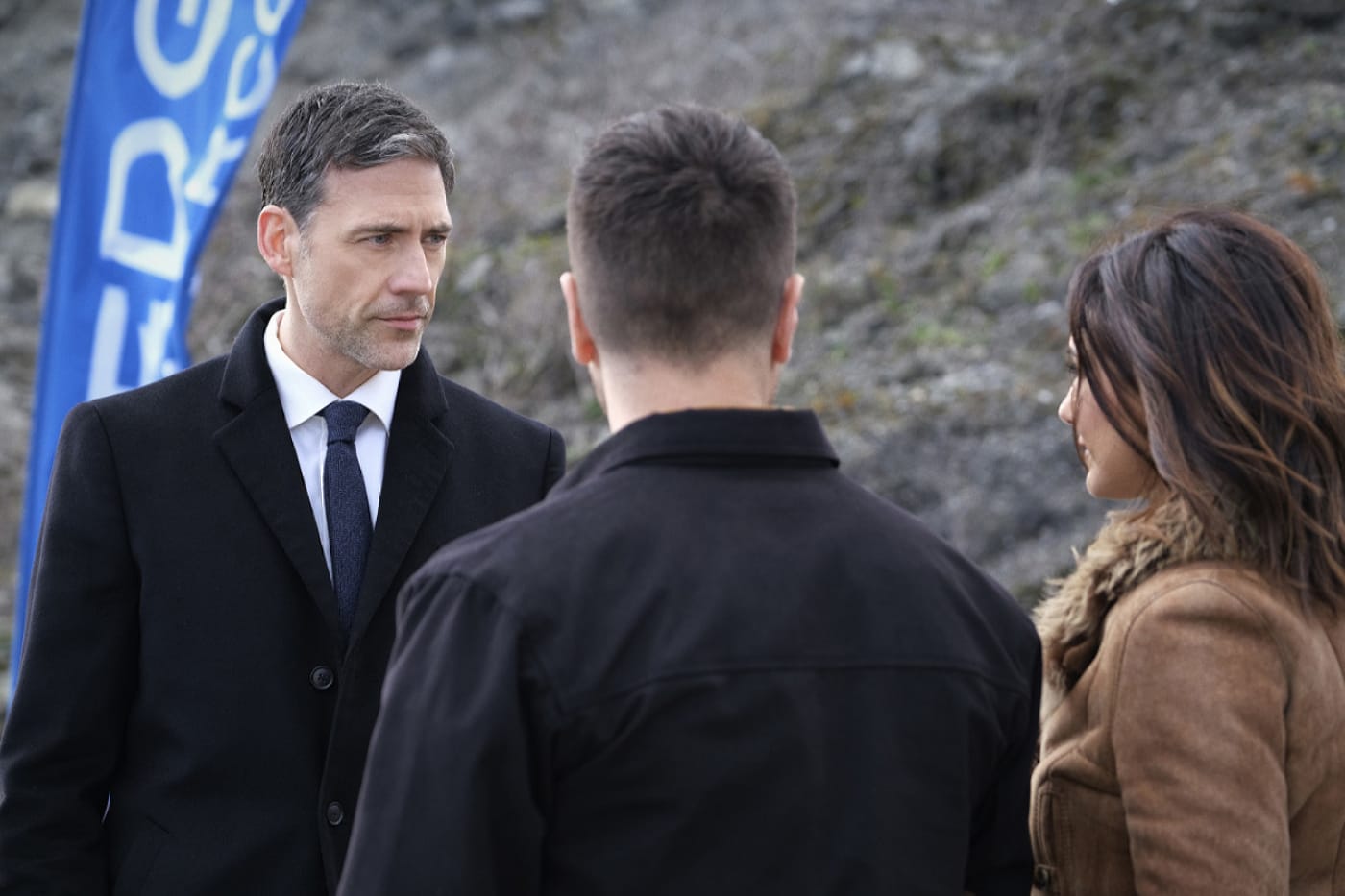 Lana calls Clark to see if Sarah had gone to the game. Clark realizes Sarah has been kidnapped. Jonathan tells Clark that Jordan has been having headaches for a couple of days. Tag tells Sarah that Jordan did something to him at the bonfire.

Superman finds Tag. He tells Tag that he is there to help him. The DOD breaks into the room. Tag starts to speed up.  A soldier shoots at Tag, and Superman jumps in front of him. Kryptonite bullets shoot into Superman’s shoulder. Instead of getting even, Superman calms himself down and handles the situation without injury to others.

Some of the boys’ teammates show up in their hotel. The twins take off around Metropolis with their friends. The Metropolis football teams show up to antagonize Jordan. When Jordan gets mad, he tries to punch Cutter, the bully from Metropolis. Jonathan tries to stop his brother, instead, his hand gets smashed by his twin.

Lois confronts Marcus and before she can hear the truth, Clark calls to tell him about the twins. Jonathan is angry at his brother for breaking his hand. Jordan cannot control his powers, and even though he is sorry, he needs to learn. With great power comes great responsibility. Clark tells Jordan that he has to learn the trust of others. They are more alike than Jordan thinks. Clark reminds his son, that once you break someone’s trust, it is very difficult to gain it back.

The next morning, Lana tells Lois that she will help her gain information on Morgan Edge. Lana tells Lois that they are going to keep Kyle out of it. Sarah informs Jordan that she would still care for him even if he has powers or not. Jordan lies to Sarah about having powers. He realizes that the powers are forcing him farther away from people. Before he can tell his mom, he falls to the ground in convulsions. What did you think of Superman and Lois 1×06? What is wrong with Jordan? Can Clark save his son? Find and follow us on Twitter @capeandcastle to share all of your Superman and Lois 1×06 thoughts! Be sure to check out our site for more content!