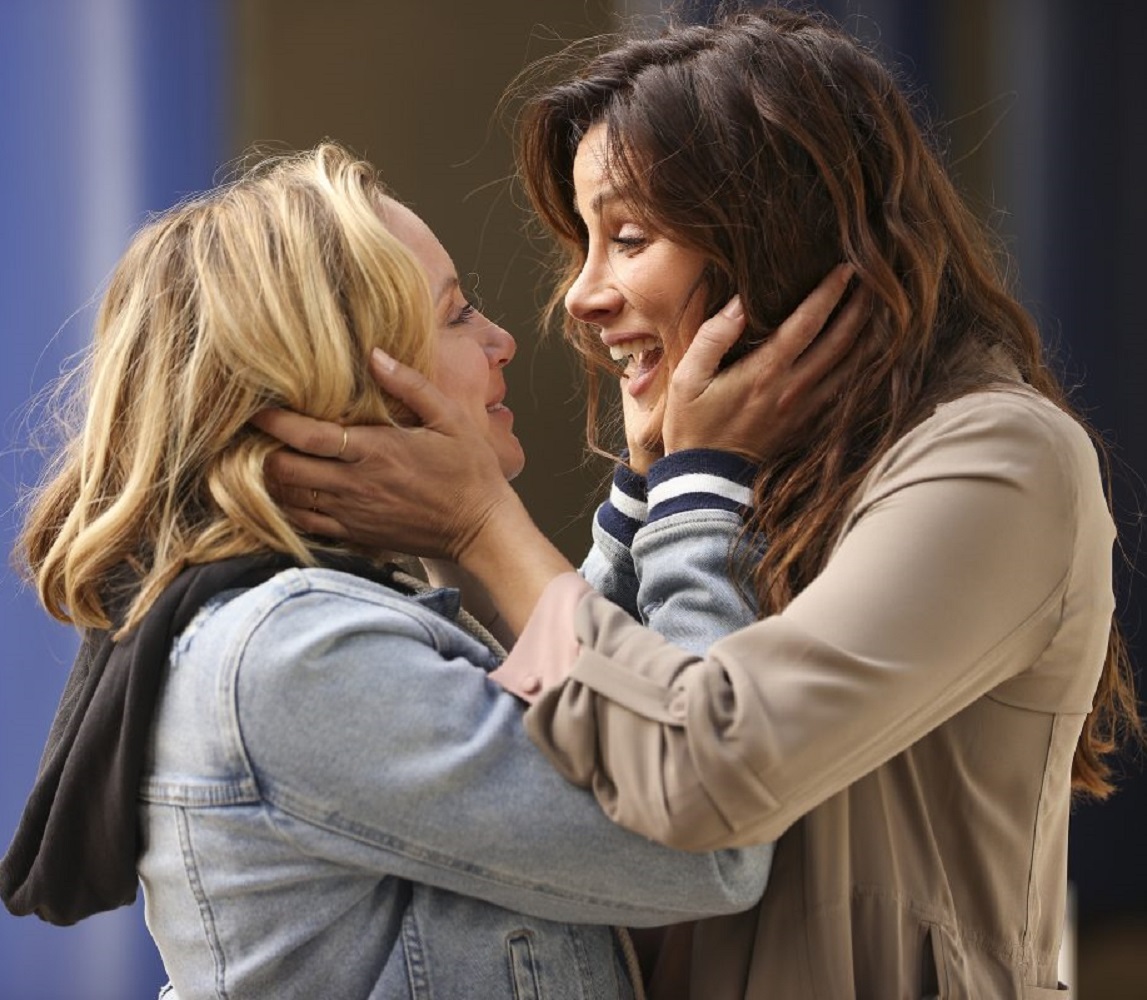 This week’s episode keeps us out of the station as we follow the crew on their day off. We got a mildly humorous emergency of the week, along with Jason George giving another standout performance. We also got a complex Maya/Carina storyline, which made for a truly phenomenal episode. Keep reading for my Station 19 4×14 review!

“I’m Not Just Some Damsel You Need To Keep Rescuing”

In order to give Jack and Inara some time together, a fully recovered Marsha gets Marcus out of the house. Inara clearly has plans and Jack is not picking up her signals. Finally, she just straddles his lap and rips open her shirt. A bold move that I can respect. Unfortunately, a woman falls out of a window into a dumpster and Jack says they have to go help her. Inara questions if they really do, which honestly made me crack up laughing. I really love Inara.

They find a half-dressed woman named Sonya laying in the dumpster. She accidentally stepped out a window, thinking it was the fire escape. As she landed, she hit her back and is now unable to move. Inara calls 911 while Sonya freaks out that the ambulance is going to ruin her life. She is having an affair with her neighbor Matt, so the ambulance coming will cause her husband Eric to question things. Eric might also wonder how his wife became paralyzed, but I’ll cut her some slack since she’s literally in a dumpster. Sonya has felt like she is crawling out of her skin due to lockdown, so her solution was to have an affair. As she’ll point out later, she could have just baked some sourdough like everyone else.

Jack sympathizes with Sonya, telling her about his own affair with Eva and how he wasn’t proud of his actions. It’s clear he doesn’t want Inara to hear about all this yet, so she steps away to check on the ambulance, despite Sonya’s protestations. However, Eric and Matt both come over to see what happened and find out about the affair, resulting in a truly pathetic fistfight. Eric yells at Sonya that she always does this. When things are fine, she creates chaos out of nothing. It’s clear that statement resonates with Jack. 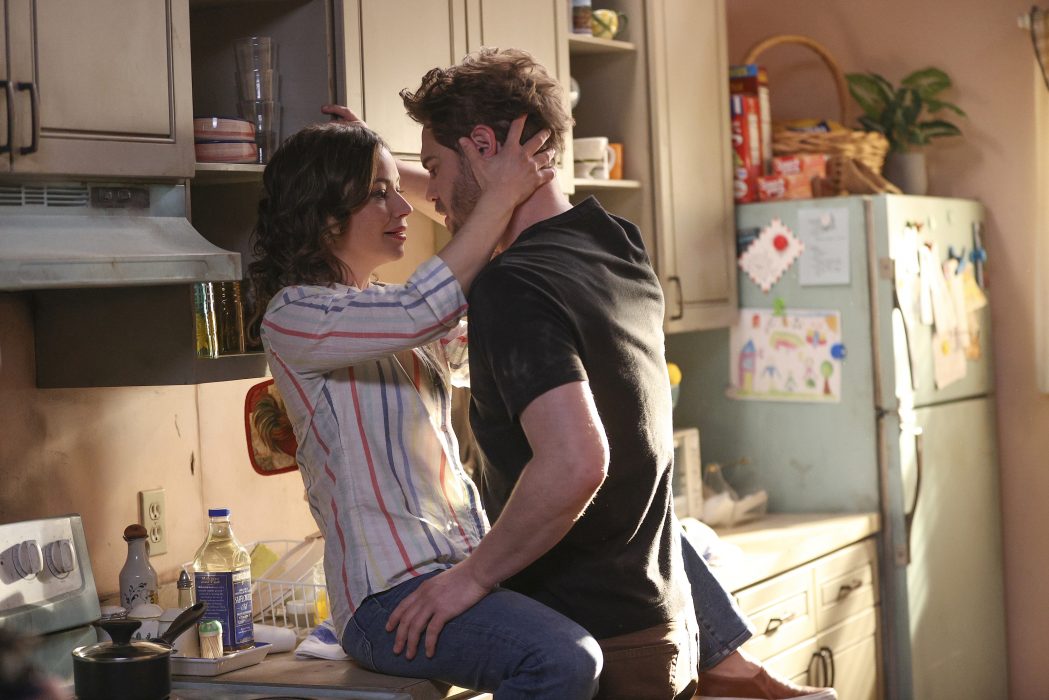 Jack and Inara go back inside once the paramedics arrive. She asks about Eva and he just dismisses it as something he’s not proud of. He tells Inara he is happy just being boring with her, but she says she wants more than that. Jack shuts down her attempts at seduction. She tells him she’s not made of glass. He rescued her from an abusive relationship, but sometimes, she is still a whole person who wants to have sex. He indulges her, but his facial expressions indicate he’s still feeling conflicted.

I enjoy the way they’re setting up the tension here. I love Jack and Inara’s relationship, but it’s clear what Jack enjoys most is being needed. The tension is centering around whether he is sexually attracted to Inara or if he is attracted to being needed by her. It’s a complicated issue and gives Jack some needed depth.

“Now You Have To Fight”

Warren is finally having his surgery, but Miranda couldn’t be there. He calls Sullivan, clearly wanting someone with him, but not wanting to come out and ask. It’s a nice way of showing Warren’s vulnerability. Andy insists they go to the hospital. She tells Warren how proud she is of him for getting the surgery, and he says he owed it to Pruitt. It’s a very sweet moment. I love that Andy is the one to sit with him because it helps solidify that callback to her father’s death without being over the top.

While Warren is under anesthesia, he has a dream where he is the patient, surgeon, and anesthesiologist. Joey is the surgeon’s assistant. As the surgeon, Warren says he’s going to cut out some other organ that doesn’t impact his “manhood.” The anesthesiologist says testosterone plays a big part in “courage,” and Joey laughs at him for being a nerd. As the patient, Warren says he needs to feel the heat.

Warren’s mom shows up in the dream and tells him she didn’t raise him to be stupid. Being scared makes him act stupid. She tells him the cancer needs to come out because he has to fight for his wife and children. Finally, he relaxes enough that Joey can cut out the testicle, which is on fire. His mom tells him that isn’t what makes him a man, but it would have made a dead man. Then Warren shows up as a firefighter and puts out the fire.

Within the dream, they also have a conversation about how George Floyd called out for his mother when he was scared and dying. Warren’s mom reassures him that she’s trying to protect him and his sister. It’s a sweet, tender moment that could have easily come across as hamfisted. Instead, it’s extremely poignant. 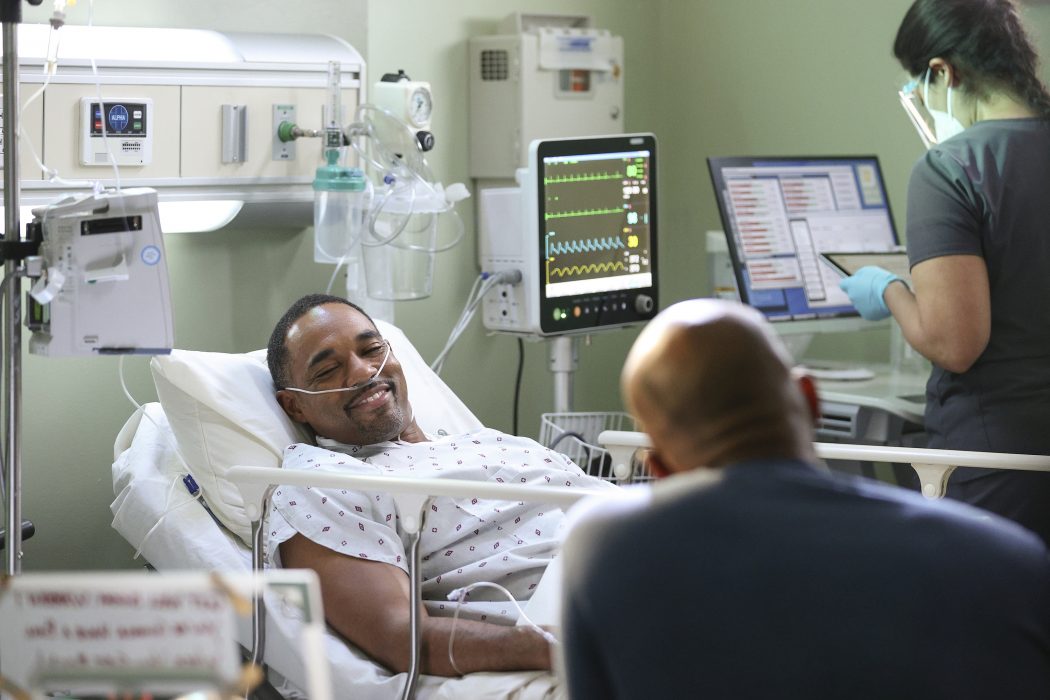 Andy calls the others to come to the hospital for Warren. Jack and Maya are the only ones who ultimately show up. Dean, Travis, and Vic were at a protest, but they sent some oversized donut holes as a gift. Sullivan waits at Warren’s bedside for him to wake up. There’s also a gift bag of different-sized balls and containers of mixed nuts. That kind of loving, juvenile humor is exactly what I expect from my Station 19 crew.

“I Didn’t Find My Home Until I Met You”

We spend most of the episode with Maya and Carina. Maya has avoided being home because she doesn’t want to deal with Carina leaving. Maya tells Andy she thought about proposing so that Carina wouldn’t have to leave. Andy advises her that separations do suck, but a quick marriage isn’t the solution, either.

As Carina packs, Maya clearly flounders. She’s never been the most emotionally intelligent person, and she has no idea what to say or do. Danielle Savre perfectly portrays all those mixed emotions. She ends up telling Carina that her mom went back to her dad at the beginning of lockdown, and she worries about her safety. She also brings up the fact she isn’t out to her dad. Carina asks why she never came out. Maya says she felt like it was just private. She had never been in a relationship with a woman before Carina, so it never felt necessary. Part of her always assumed she would end up married to a man. That’s when Carina says she doesn’t believe in marriage, which is clearly news to Maya.

As Maya reels from Carina’s views on marriage, she fixates on the fact Carina is going to be with Gabriella for so long. Carina rightfully calls Maya out on seeming mad at her for having to go back to Italy. Maya says Carina knew her visa was going to be up. Carina gets upset and says she needs Maya to be supportive. Maya has no idea what actually goes into her visa renewal. She doesn’t understand how scared Carina is about possibly never being let back in the country. Maya acts like Carina is making everything out to be her fault, but Carina says it’s not about fault or winners and losers. Carina’s complicated feelings about Italy are completely overwhelming.

Maya tells Carina she thought she would be excited to go home, but Carina says Italy isn’t her home anymore. She sweetly tells Maya she didn’t find her home until she met her. Maya finally realizes that Carina has been trying to hide her feelings, so she wouldn’t upset Maya. Then they have a super sweet moment where they kiss and fall over the back of the couch together. Just as Danielle Savre excels in the portrayal of Maya, Stefania Spampinato absolutely kills the utter frustration and devastation Carina is going through. All of these scenes are messy and layered. It’s truly astonishing to watch. 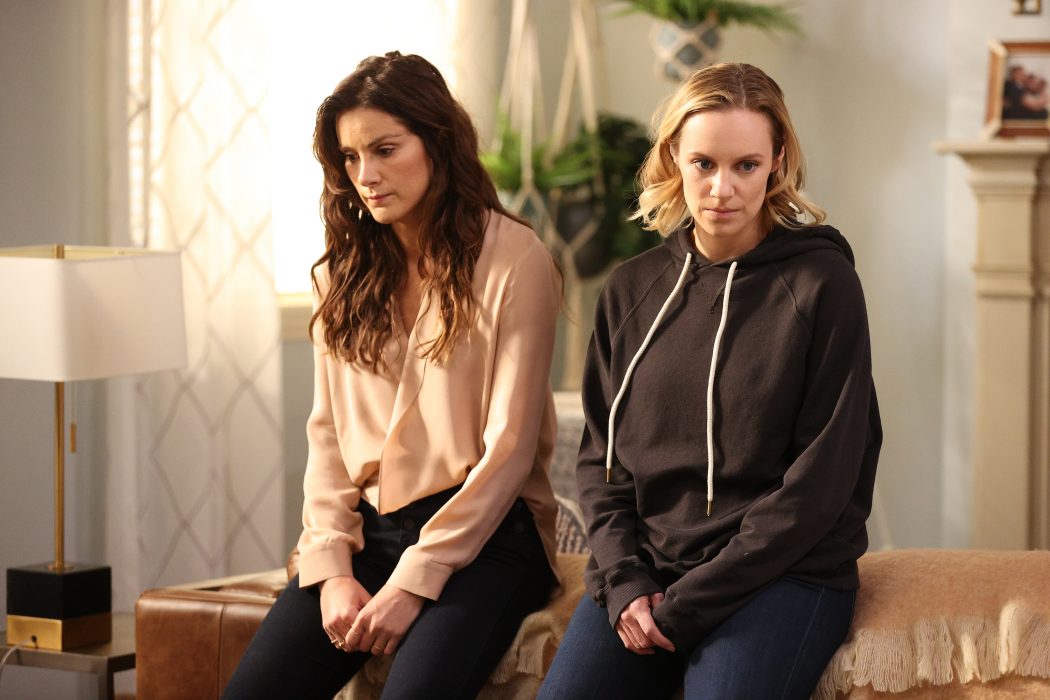 The afterglow doesn’t last for long. The kid topic comes up. Carina wants children, which surprises Maya. Carina firmly believes that marriage traps people. She doesn’t need a piece of paper to build a life with Maya. Maya says they can’t really build a life when Carina is going back to Italy. If she would just marry Maya, then she wouldn’t have to go back to Italy. Carina argues a visa isn’t a reason to get married. Maya says that seems like a good enough reason to her. They argue and say lots of hurtful things to each other. It ends with Maya suggesting they take a break. It’s messy and heartbreaking, and it’s also totally true to life. As Carina leaves for the airport, it’s not clear if they’re even still a couple.

On the way to the airport, Carina calls Gabriella who is confused about if Carina is against marriage or just bad proposals. Carina says that everything she has with Maya is real. She firmly believes that marriage would ruin what they have. Gabriella tells Carina how happy she seems with Maya. They should be celebrating they can even get married since Italy has not legalized gay marriage.

Maya ends up at the hospital waiting for Warren. She tells Andy they were both awful and she doesn’t even know what she can do. But naturally, Carina shows up at the hospital and proposes. She still thinks marriage was invented as a way to keep women as property, but she doesn’t want to lose Maya. Maya tells Carina she doesn’t know if she wants children, but Carina says they can figure that out later. As beautiful as this proposal is, the kid discussion really should be ironed out before they get married. But the camera swirls around them as they kiss. The utter romance of this moment is pretty breathtaking. Warren gets wheeled out and everyone celebrates his successful surgery, as well as Maya and Carina’s engagement. It’s nice to end an episode with nothing but happiness.