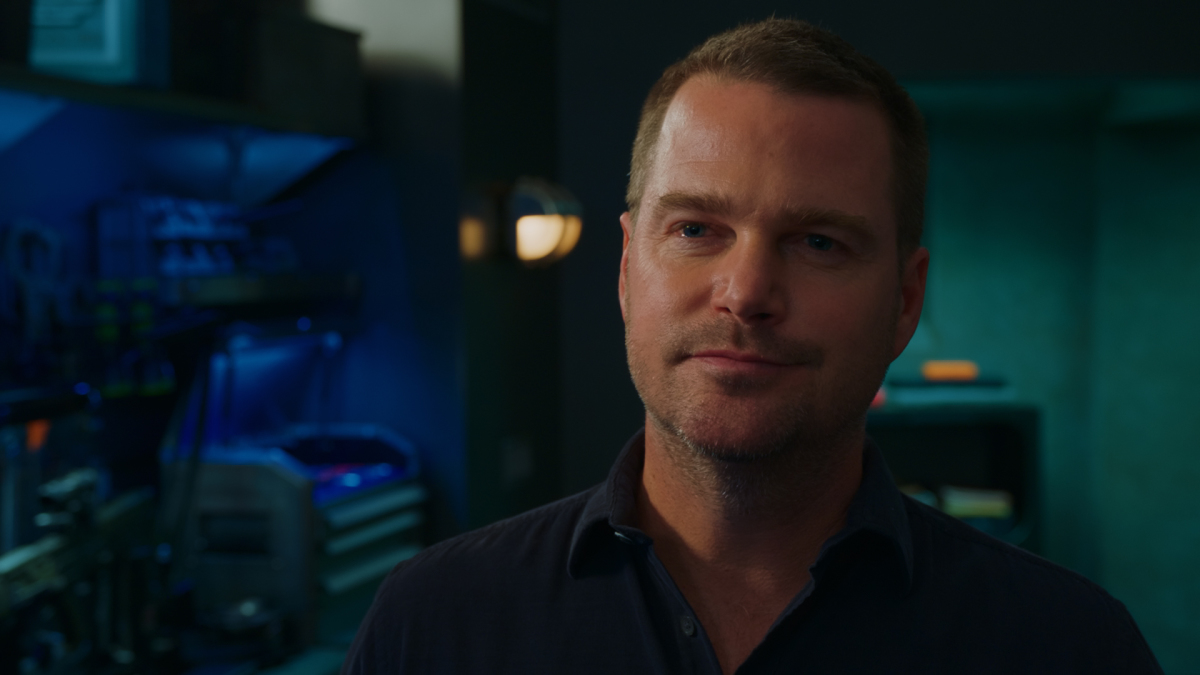 NCISLA has not provided us with very many lighthearted season finales lately. However, for the NCISLA Season 12 finale, this one was perfect, even if we had two exits from some fan favorites. In “A Tale of Two Igors,” Kirkin once again invades the lives of our team, even if he is deceased. But in good old Kirkin fashion, he still delivers the laughs even in death. Find out what happened in this episode for our favorite team. 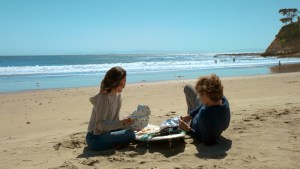 After Deeks is kidnapped and learns he was bequeathed Kirkin’s illegal operations, the team learns about some missing weapons. One of the Igors who kidnapped him told Deeks that the other Igor had hijacked them and now the other Igor wants help getting them back.

While Callen and Kensi help Deeks figure out how to find the other Igor, Sam is feeling the urge to investigate something. Even though they don’t have pressing cases, Fatima gives him information about a dolphin that was found deceased. It apparently was microchipped from Russia.

In the midst of all of this, Nell is given an ultimatum to either take over Hetty’s position or resign. This does not help her decision at all, but Eric surprises her with a visit in his new batmobile. He tells her that the team in Tokyo wants them to open headquarters there together. It’s an enticing offer, especially since Nell knows they work well together.

Besides offering Nell a job, Eric also helps Deeks figure out where the first Igor had taken him after the abduction. Eventually, the team discovers a Russian sailor who was found on the beach as well had rescued six dolphins from a Russian military training program. The one dolphin had been shot and the others are missing. 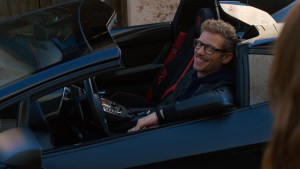 Evidence indicates the weapons the Igors were looking for were the dolphins that Kirkin had smuggled. After finding the Igors, they discover the gang had released them. However, they claim they knew nothing about who would kill the last one. One of the men admits to accidentally shooting the dolphin while aiming for the sailor.

For such a silly, and ridiculous, situation that Deeks found himself in, it made for a lighthearted season finale. The team all had their time to shine and we got to learn some more about Fatima. She tells Rountree that her co-star on a former television show passed away in a car accident and it was the anniversary that day.

She knew it would be a rough day, as we saw her snap at Kensi without provocation. Seeing that she trusted Rountree to open up to him shows how far their friendship has come.

Kensi and Deeks are also happy in this episode, especially after such a tough year. They may still have the Kessler situation to deal with next season. But for now, they are enjoying some time together without worry about the infertility struggles or anything else. They have each other and that’s what matters.

After noticing Sam has been acting off, we got to find out his son Aiden was taking his pilot’s exam. When he finds out where Aiden is flying, he and Callen travel to make sure they can see him flying. 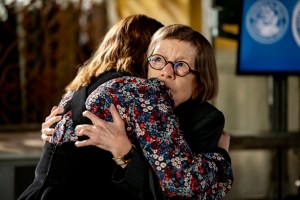 Finally, Nell’s decision to leave is one that is met with approval from Hetty, who appears unexpectedly. She tells Nell she only ever wanted to show her she had the capabilities to take on a bigger role. If Nell decided to leave, then she had no issue with her departure. After a tearful goodbye, Hetty has a word with Kilbride. The Admiral, who had been clearing out traces of Hetty, clearly got talking to, as he is seen putting things back in their place.

This means we’re saying goodbye to not only Nell and Eric, but also Barrett Foa and Renee Felice Smith. Perhaps we’ll see them one day, but for now, we’re glad their characters are conquering the world together.

So does this mean Hetty is returning? Because who else would take over if not her? Thank goodness we’ll see the team for Season 13. Let us know what you thought of the NCISLA Season 12 finale. Find us on Twitter for more content!