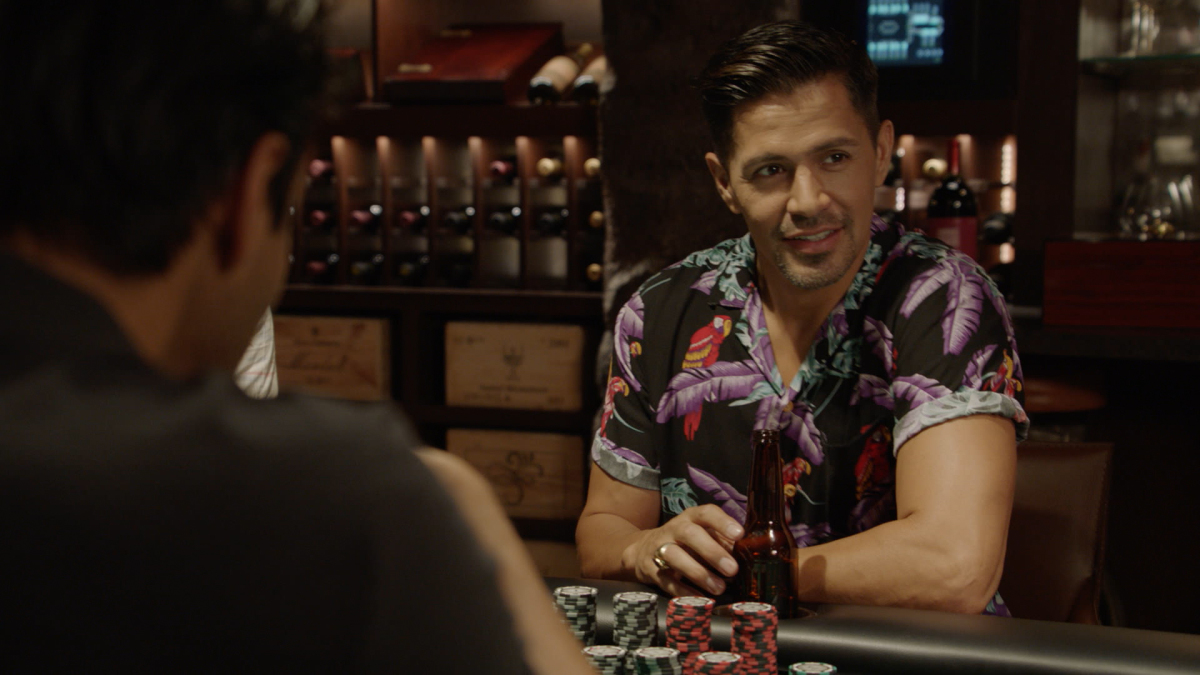 Juliet tells Ethan something Magnum told her in private, leading to a little bit of tension between them. But the real problem comes from a patient of Ethan’s. After being told that he needs surgery immediately, the man takes off. Which leads to Magnum and Higgins tracking him down. And that leads to a whole other mystery to solve. Meanwhile, we were starting to get pretty annoyed with Juliet’s relationship and we weren’t the only ones! No canoodling at the poker table, dammit! So keep reading for our Magnum PI 3×08 review!

Okay, we know it’s plainly obvious that we don’t like Ethan. We’ve said it enough times. But now we are starting to get a bit annoyed with Juliet. And that’s something that has never happened before. The way she and Ethan were acting at the poker table was beyond obnoxious and we’re glad that the others called them out on it. If they want to snuggle up and be all over each other, that’s fine. We hate it. But that’s fine. Just don’t do it in the middle of a poker game with all of your friends. No one forced them to play. If they were going to act more interested in each other, then we agreed with the rest of the group that Juliet and Ethan needed to get a room. 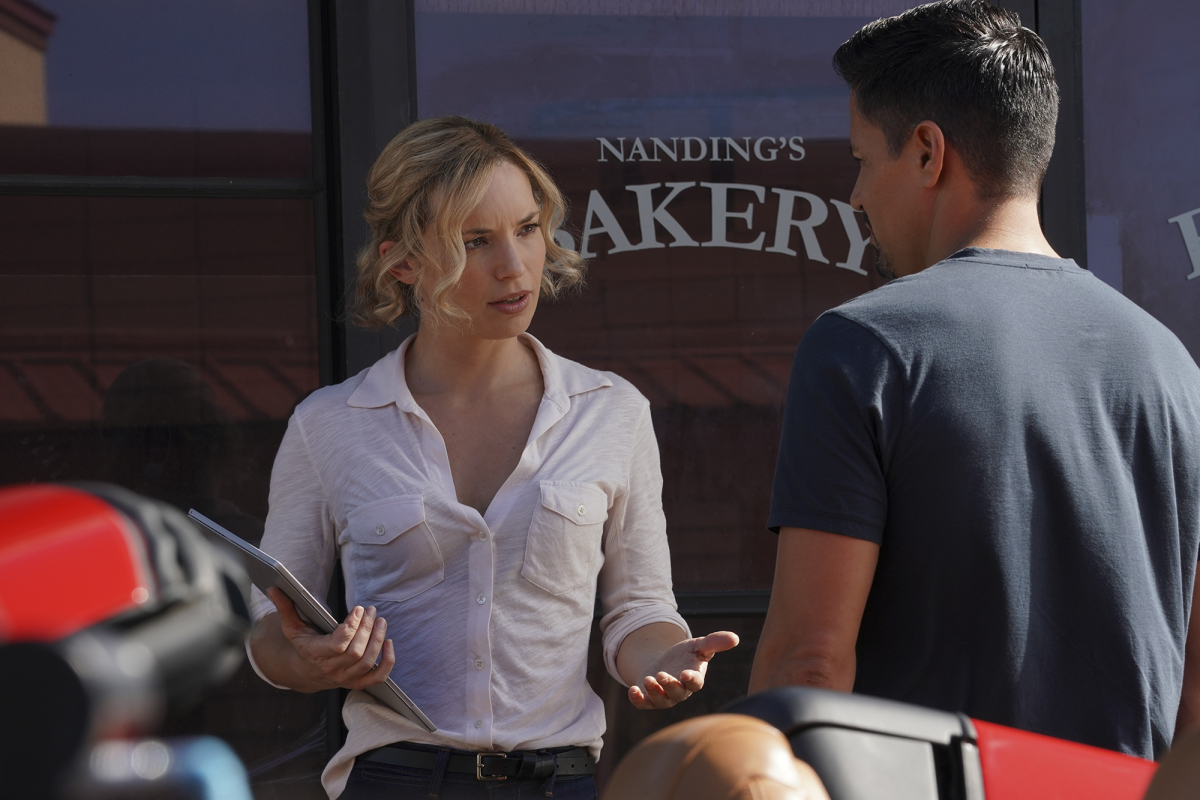 But that wasn’t even the worst thing Juliet did in this episode. She felt that she had the right to talk to Ethan about Magnum having trouble sleeping. And then Ethan somehow felt that it was appropriate for him to offer Magnum a prescription for the problem. In front of all of their friends. So now everyone knew Magnum was having trouble sleeping. Seriously? Come on! We kind of wished Magnum had been more annoyed with Juliet. Even though she did apologize and it did end up being a nice moment between the two. Also, we have to say that if all Juliet has to talk to Ethan about is Magnum, then she might want to reevaluate the relationship.

It was definitely a strange case that Magnum and Higgins were handed in this episode. After all, why would someone go to the hospital only to run when they were told they needed to have surgery immediately. That’s definitely more than a little suspicious. But when Magnum and Higgins found the underground clinic, things began clearing up pretty quickly. Finding out Paul had been shot twelve years ago certainly added a bit more of a spin on the case as well. But we actually found ourselves feeling bad for the entire family. Clearly, there were mistakes made and what happened wasn’t right. The situation just sucked all around.

Tanner and Paul’s father clearly wasn’t a bad guy. Especially since he came back and turned himself in. He seemed pretty resigned that what he happened was going to come back around for him. And while it wasn’t exactly a happy ending, at least everyone in the family ended up alive. Paul made it through his surgery successfully and was going to be okay. Tanner had the chance to make his life better and let go of the past. And while he may be in jail, at least their father is still going to be alive and they will be able to see him. So all things considered, it was a much better ending than what any other alternative would have been.

Is it just us, or do Magnum and Juliet spend an awful lot of their time saving Ethan’s ass? When did this become the Ethan show? We know damn well we sound salty as hell but we are just a little over him at this point. If the case of the week doesn’t somehow involve him, he puts himself into some kind of situation that draws away from it. We’re almost at the point of wishing he would turn out to be Magnum’s stalker. Just so Magnum can catch him and Ethan can go away for good. It didn’t surprise us that Juliet entered into a relationship with someone. And we were prepared for it. But we weren’t prepared for her significant other to annoy us so much. Sorry, not sorry. 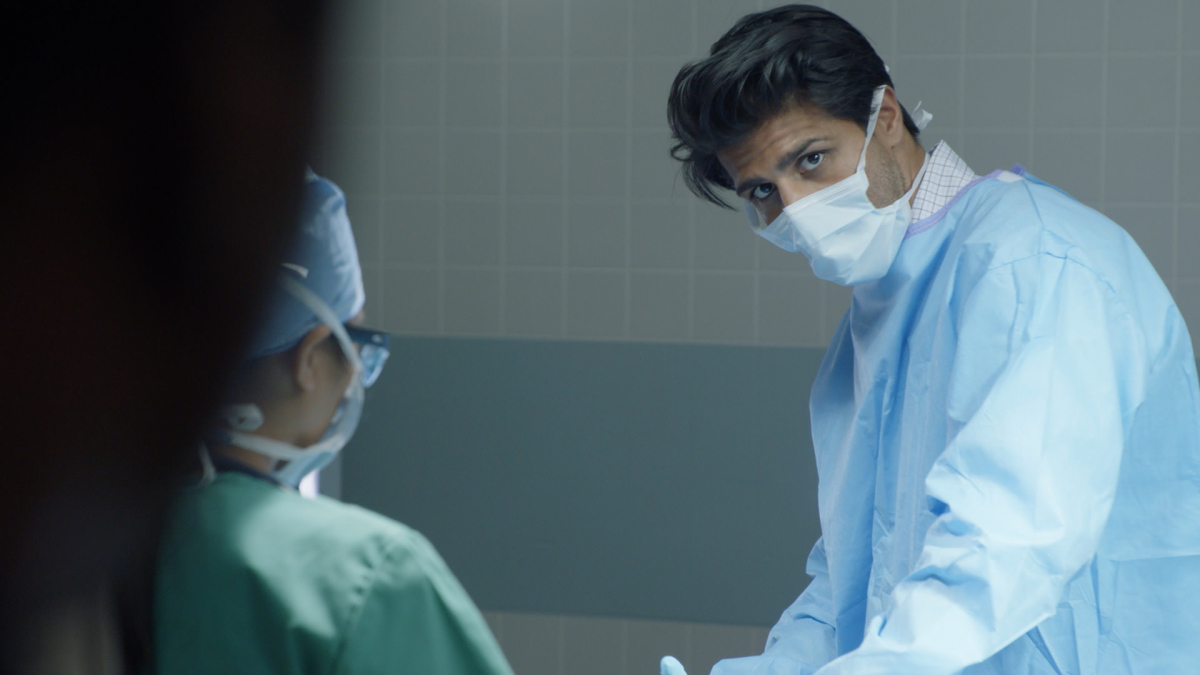 What did you think of Magnum PI 3×08? Did you agree that Juliet and Ethan were acting ridiculous at the poker table? What did you think about Juliet talking to Ethan about Magnum’s sleeping problems? Did you think it was right for Ethan to offer Magnum a prescription for insomnia? Do you think there is a chance Ethan could have anything to do with Magnum’s stalker? Or is that just some wishful thinking on our part? Who do you think is the stalker? Find and follow us on Twitter @capeandcastle to share all of your Magnum PI 3×08 thoughts! Be sure to check out our site for more articles, podcasts, quizzes, and more on all things Disney and beyond!