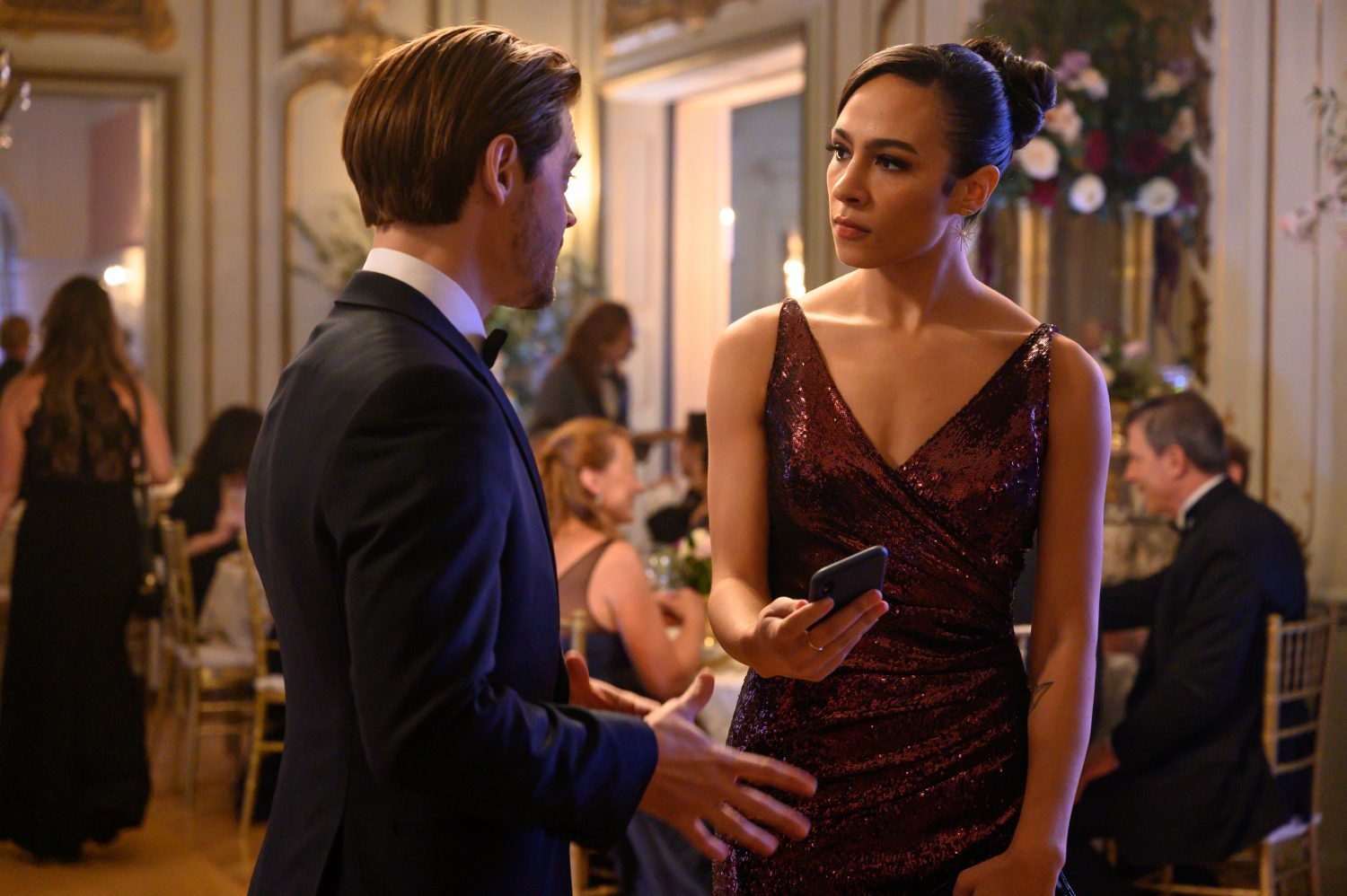 Okay, I’ve got to be honest. I’ve shipped Dani and Malcolm together since the moment they met. I know. I’m hopeless. But at least I admit it. I love everything about Prodigal Son. And I don’t need romance to make the show better. But that doesn’t mean I don’t want it. And when it comes to Malcolm and Dani possibly becoming romantic? Yes, I most certainly want it. So keep reading for what makes me love Brightwell!

They Understand Each Other

There was an undeniable connection between Malcolm and Dani from the moment they met. Many of the things that happened to them right in the beginning showed that. When Malcolm had one of his night terrors and tackled Dani, she reacted by hugging him to her and protecting him. And when there was an explosion, Dani ran to Malcolm to make sure he was okay. Which wouldn’t usually be that significant. But she ran by JT. To me, that says something.

Dani and Malcolm seem comfortable enough with each other that it would be easy to believe they’ve known one another for years. They certainly have a lot of loaded looks at one another. Many of which happen when the other isn’t looking. And you know what those usually mean. But Dani was comfortable enough to reach out to Malcolm when she certainly doesn’t come off as a touchy-feely kind of person. She and Malcolm just seem to understand each other on a deeper level. Don’t even get me started on when she put his restraints on for him.

Okay, you got me started. Not that Malcolm is extremely touchy about the subject of restraining himself at night, but I feel like it means something that he allowed Dani to put one of them on for him. More than that, she didn’t run. Dani didn’t even seem surprised about it. She seemed more concerned about what he did when people stayed over. Which had me wondering why she was so concerned about that.

Well, I guess I should say they don’t run away. Because sometimes there is running involved between these two. But it’s toward each other. There are plenty of things many people would discover about Malcolm that would send them running the other way. Or at least making them distance themselves from him. And it’s obvious that Malcolm wouldn’t be surprised by that reaction. But Dani never does. No matter what she finds out about Malcolm, she stays right beside him. And that means something. It also means something that Dani has met both Martin and Jessica and still doesn’t run. Don’t get me wrong, I love both of them. But they’re crazy and most people would turn and sprint away from Malcolm. 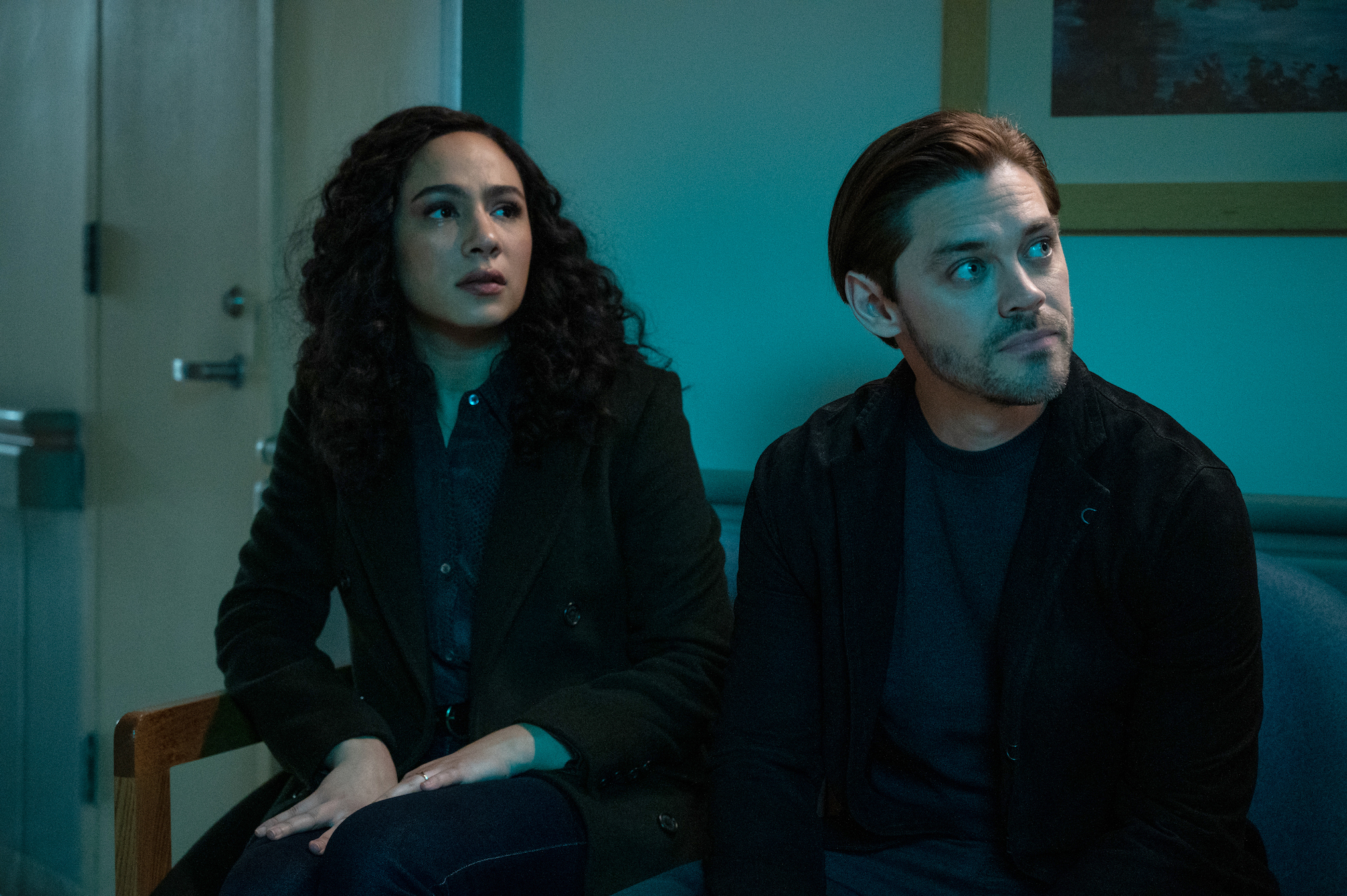 But Dani isn’t the only one who doesn’t run. Malcolm doesn’t run away from her, either. Dani is a hard person to get to know. Two seasons in and we still don’t know much about her past. She has a lot of walls put up between her and the world. Malcolm seems to be able to knock them down without even trying. Or he at least puts some cracks in them. Because Dani doesn’t seem to struggle when she does open up. The incident with the drugs and Malcolm finding out a little about her past? He didn’t run then. And I have no doubt that he won’t ever run from Dani.

Dani notices things about Malcolm. This tells me she not only pays attention to what he says, but what he does. Dani watches Malcolm. And she notices when his hands tremor or when he’s nervous. Just like she notices when he’s on to something or has just figured something out. Dani just notices. But more than that, she never backs down from asking Malcolm about it. When his hands tremor, she doesn’t ignore it. Dani asks Malcolm what is going on.

And Malcolm notices Dani. Sometimes he notices her so much that he’s rendered speechless. I think we all know that a speechless Malcolm is a very rare sight. But Malcolm notices a lot more than that. He notices when Dani is holding something back and he notices when something is bothering her. These two are just there for each other. So am I a bit mad that Malcolm hasn’t told Dani about what happened with Ainsley and Endicott? Yes. But I understand that no matter how close they’ve grown, Malcolm thinks he’s protecting his family. And when it comes to that, there is nothing he won’t do.

It took no time for Malcolm and Dani to make it clear they cared about one another. And while right now that caring is in a friendship capacity, I just feel like we are all watching a slow burn. Malcolm and Dani protect each other. They watch each other and notice when something is up, good or bad. And they have stood by each other through some crazy shit. When something happens to Malcolm, like when he got bit by the snake, Dani reacts strongly. Not like a coworker just got hurt. And I don’t see it as acting as a friend got hurt. I feel like Dani looks and acts as though someone she deeply cares about is hurt. 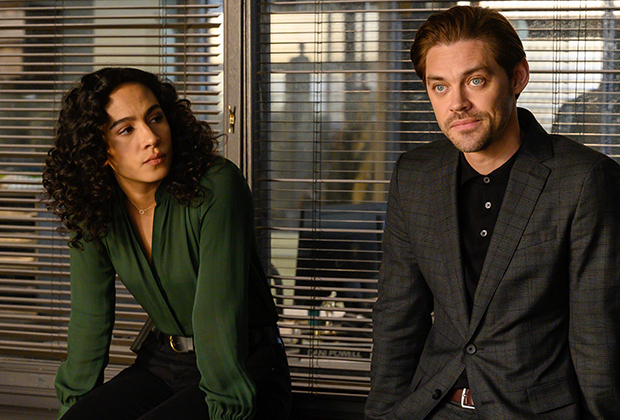 Maybe I’m wrong. Only time will tell. But in the meantime, I’m going to continue shipping the shit out of Brightwell. Because while Malcolm may not be ready for a relationship now, or even anytime soon, I think when he is, Dani is the right person. And I’m enjoying the journey anyway. Also, we’re getting a freaking kiss. I don’t care if it’s a dream, alternate reality, or actual reality. It’s there and I’m going to rewatch it over and over! Do you ship Brightwell? What are some of your favorite moments between Malcolm and Dani? Find and follow us on Twitter @capeandcastle to let me know your thoughts on Malcolm and Dani! Or even just to gush about them. Because I can talk about them for hours. Be sure to check out the site for more articles, quizzes, and more on all things Disney and beyond!