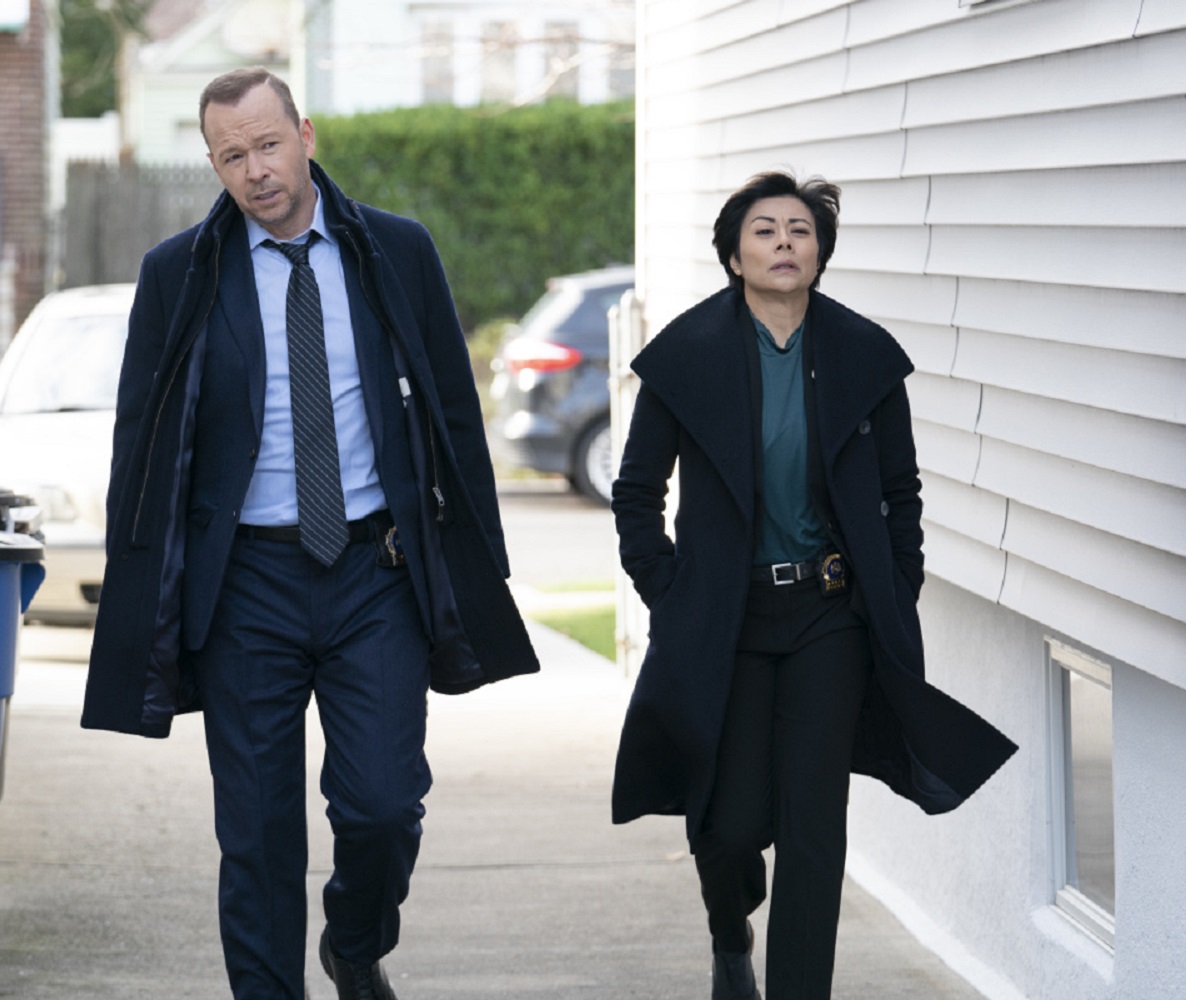 Danny finds himself at odds with the detective investigating the hit and run of one of Danny’s neighbors. Meanwhile, Jamie was dealing with a former classmate reappearing. One that we have never seen before and Jamie didn’t seem extremely fond of. And if that wasn’t strange enough, she showed up to tell Jamie that she solved a cold case. But she certainly wasn’t any type of law enforcement. So keep reading for our Blue Bloods 11×07 review!

It really isn’t all that surprising to hear about Danny butting heads with another detective. That seems to be one of his specialties. But we were in agreement with him this time around. Which seems to be becoming one of our specialties. It’s not our fault that we tend to think like Danny. We’re also going to blame at least a little of Danny being difficult on the fact that Maria wasn’t around much in this episode. We all know Danny never does well without Maria around. Plus, it wasn’t exactly a typical situation with Danny witnessing a drive-by of one of his neighbors. We’d be a little high-strung ourselves. 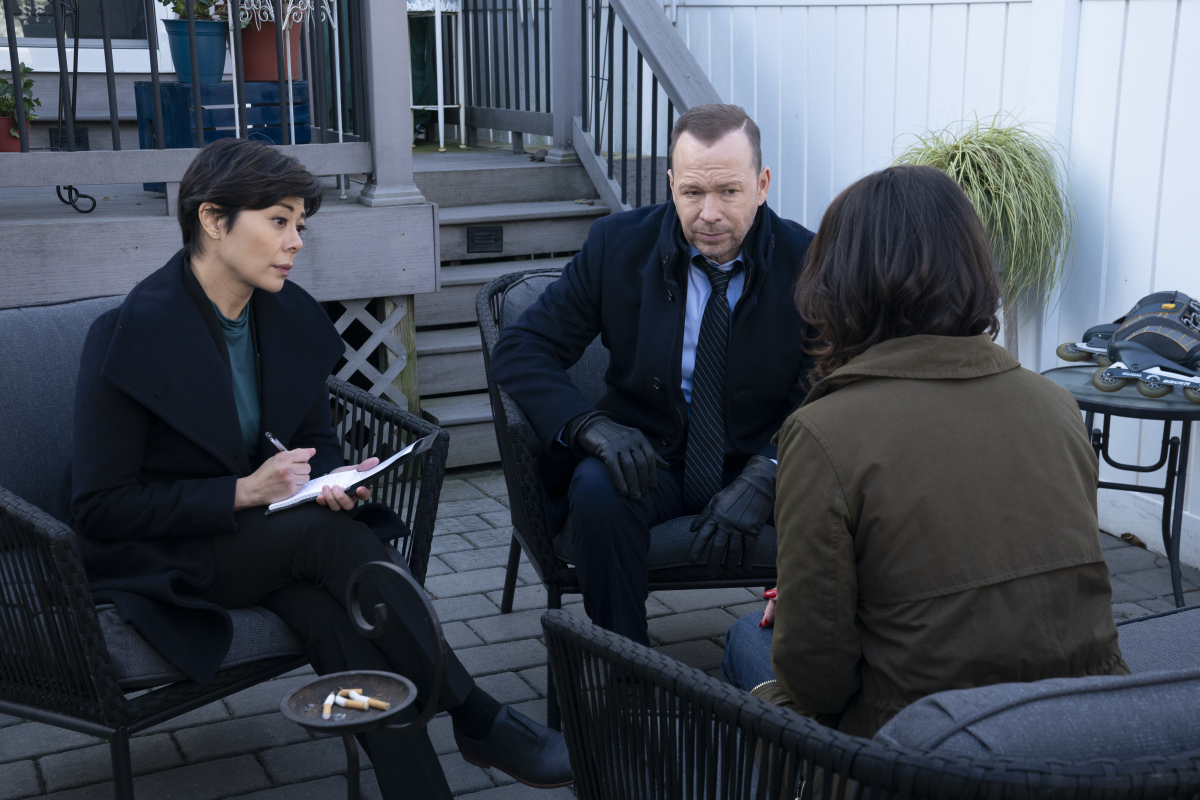 We’re sure that detective Farrow is great at her job. But we’ll admit that we are more than a little biased when it comes to Danny and who he works with. Maybe it was because Farrow was a bit abrasive. Kind of like Danny, if we’re being honest. And they did do a pretty good job working the case together. Despite butting heads most of the time. Honestly, throughout the whole thing, we were more frustrated with Scott and his attitude. Yes, his father was hurt, and in a terrible way and it could have been much worse. But taking it out on Danny certainly wasn’t the answer and we weren’t impressed with that at all.

Jamie didn’t seem extremely inclined to help Alison. But he’s also always one that does the right thing. So he kept that habit going by taking Alison to see Erin as she requested. But we also didn’t blame Erin when she was a bit skeptical of the entire situation. Anyone is going to be a little skeptical when someone comes in off the street and says they’ve solved a cold case. And Erin made some good points about how true crime has brought a lot of situations like that to her office. We love true crime as much as the next person. So we can absolutely see how it can inspire some independent investigating.

Though we did have to hand it to Alison. She did end up being right about who committed the crime. And we’re sure that part of the reason Alison went to Jamie in the first place was that she knew he would take her seriously. But we think an even bigger part of why Alison chose to go see Jamie was because of the obvious crush she still had on him. Though we do love any excuse Jamie has to show off his wedding ring. And we loved that he was quick to tell Alison that he was married. We did not love Alison intruding in Jamie’s home and found her to be a little too much.

Yes, Alison was right about Boris committing the murders. But that doesn’t make the way she went about things right. And the fact that she wanted to interview Boris for her podcast left us shaking our heads. Did she really think that was going to be an option? Come on! While this was the first time we had ever seen Alison, we’re definitely hoping it’s also going to be the last. Sorry, not sorry. But we just weren’t impressed with her and her obvious lack of respect for boundaries. So, we wish you the best Alison, but we hope to never see you again. 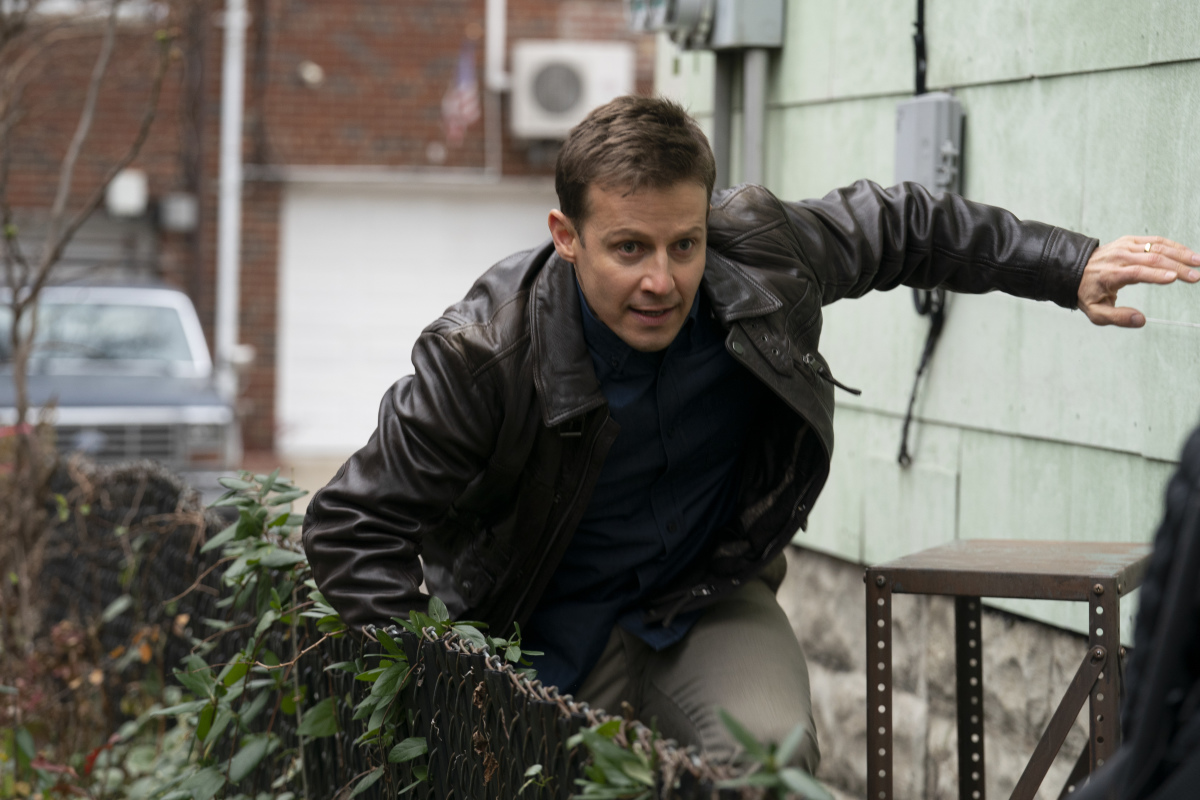 What did you think of Blue Bloods 11×07? Did you find Alison to be as disrespectful as we did? Or did you enjoy seeing her? What did you think of the way Danny butted heads with detective Farrow? Did you think the two of them were actually a bit similar? Were you surprised that Boris ended up being the killer? Do you think we’re ever going to see Alison again? Or was that a one-time thing? Find and follow us on Twitter @capeandcastle to let us know all of your thoughts on the episode! Be sure to check out our site for more content on all things Disney and beyond!