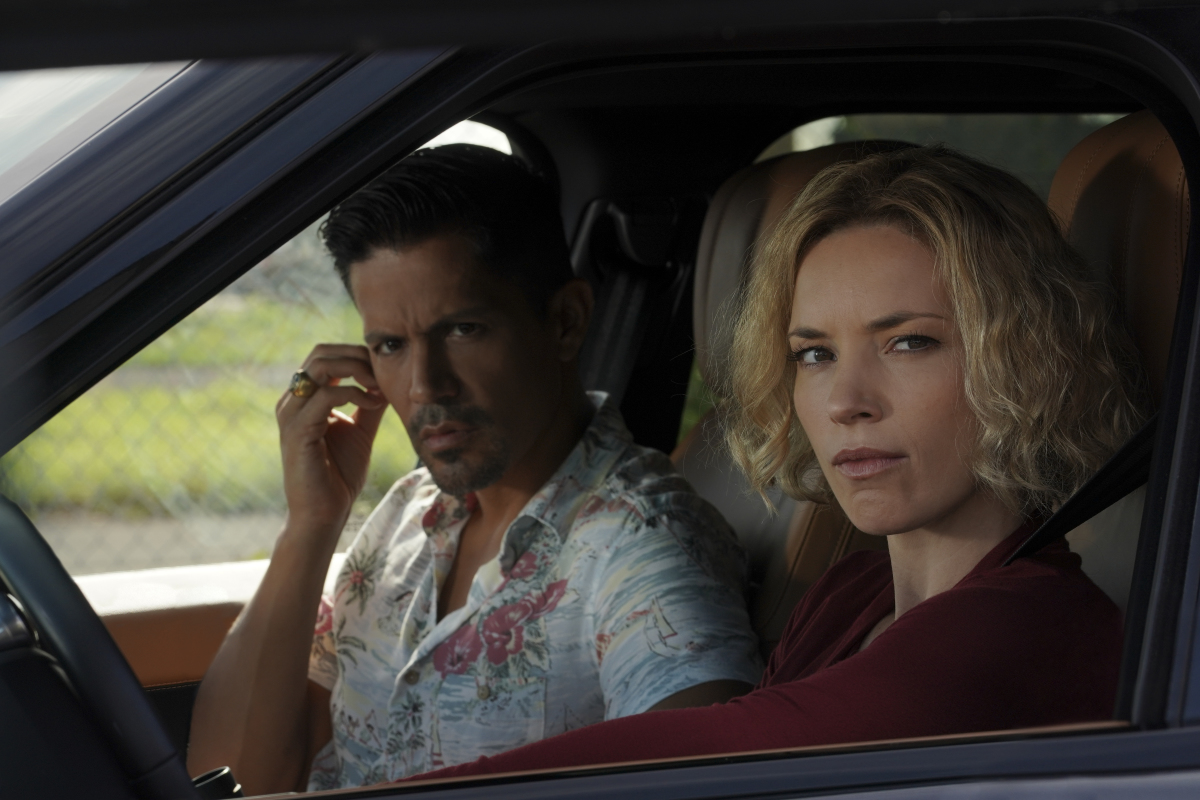 Higgins and Magnum are faced with an unexpected outcome from a rougher case than usual. One that has a few unforeseen consequences. But we’re sticking by our thoughts that Magnum and Juliet did everything they could and that they did it the best way they could given the situation. Meanwhile, everyone seemed to be concerned about money in one way or another. Between Magnum owing Rick and TC and to get the Ferrari back, he was in some serious money troubles. As was La Mariana, especially because of the damage left behind by the hurricane. So keep reading for our Magnum PI 3×06 review!

We’re kind of in the middle of the money argument Juliet and Magnum seem to constantly be having. Juliet makes some damn good points, including the fact that what they do is offer a service and people expect to pay money for a service. But Magnum has a few points as well. He isn’t in the PI business just to make money. Magnum is truly in it to help people. It’s just what he does. But he does need money to continue doing that and also to pay his bills. Which do seem to be racked up pretty high. And if he is going to have Higgins as a business partner, she is going to need to be paid as well. Because Magnum isn’t the only one that has bills to pay. And Juliet’s plate is pretty full with her running Robin’s Nest. 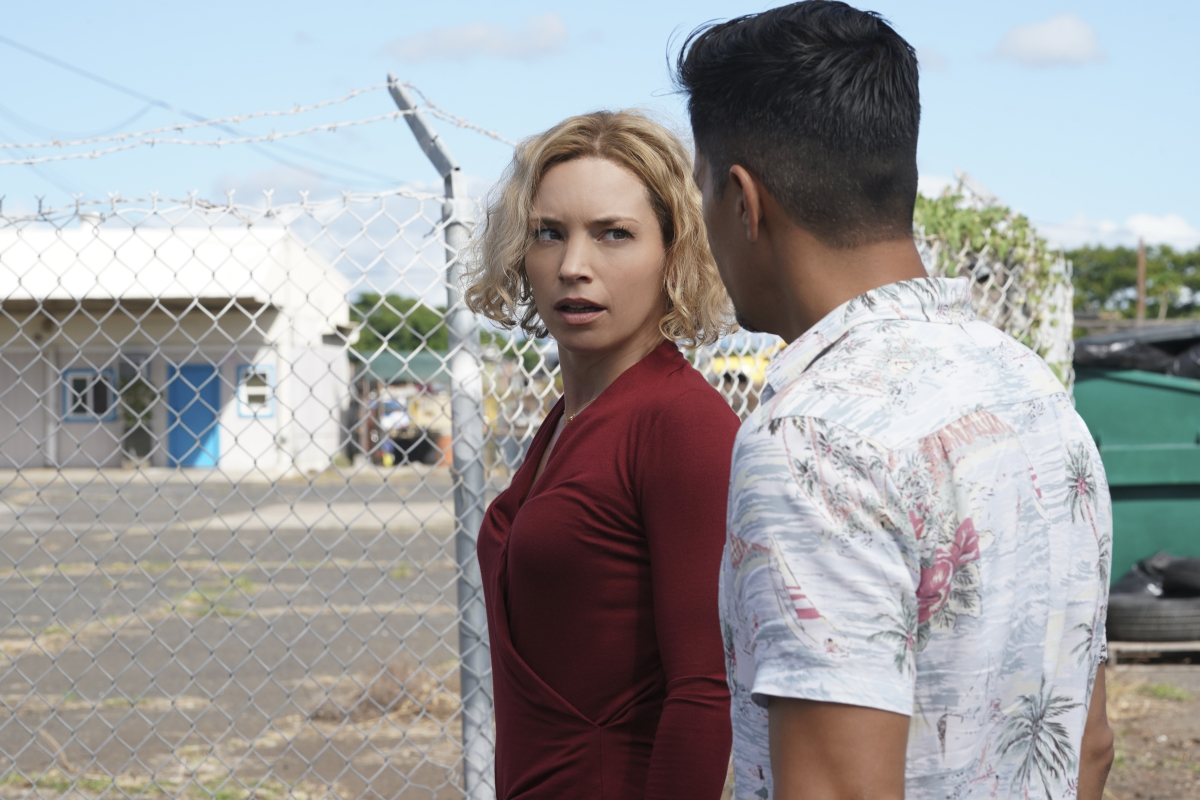 It was really nice to see Gordon telling Magnum and Higgins that what happened wasn’t their fault. And it was definitely not what we expected to happen. We’re just so used to Gordon berating and putting the blame on Magnum that it’s what we thought would happen this time too. There were a lot of decisions to make throughout the entire case and we truly feel that Magnum and Higgins did the best they could. We actually thought they had a good handle on the situation and were doing things the same way Gordon and HPD would have. Gordon even told Magnum the same thing probably would have happened if HPD had been handling things from the beginning.

A big theme of this episode was money. So it makes sense that Rick and TC were focusing on La Mariana and where their finances stand. They’re still recovering from the damage caused by the hurricane. And the fact that they didn’t have any insurance to cover that situation. But it was pretty funny that Magnum’s tab seemed to be such a big money pit. What the hell is he charging from there that his tab has been racked so high?! Or has Magnum just never paid a single thing the entire time this show has been running? Because while crazy, that would also be kind of hilarious. Rick and TC always say he owes them money. We just never thought of it all being because of whatever the hell he’s doing and buying at La Mariana.

Kumu only had Maleah’s best interests at heart. But Rick made a really good point when he told Kumu that she needed to let Maleah make her own mistakes. And we kind of agreed with him. Even if we think Kumu made an excellent point about Maleah’s new boyfriend being all kinds of shady. The relationship between Kumu and Maleah is certainly a different one, but we also think it’s pretty strong. There is certainly a deep connection between the two of them. We had no doubt that Maleah would come around. And we were happy to be right. Everyone could use someone like Kumu in their lives.

We love when the team all comes together to help out on a case. And it was seriously badass to see the way TC and Rick tailed the man with the money. Can we also say how much we love when Rick gets serious? Watching him approach that car meaning business was freaking awesome and we love to see it. But we didn’t love seeing that the kidnappers killed Lia. That was something we didn’t see coming. And it really freaking sucked. Because it actually seemed like Higgins and Magnum had a good plan of action. Especially the way they brought the others in. And Magnum had Rick looping Gordon in as well. But it was just too late. So we were actually happy that things ended the way they did, showing that no matter what, Lia probably would have ended up dead. 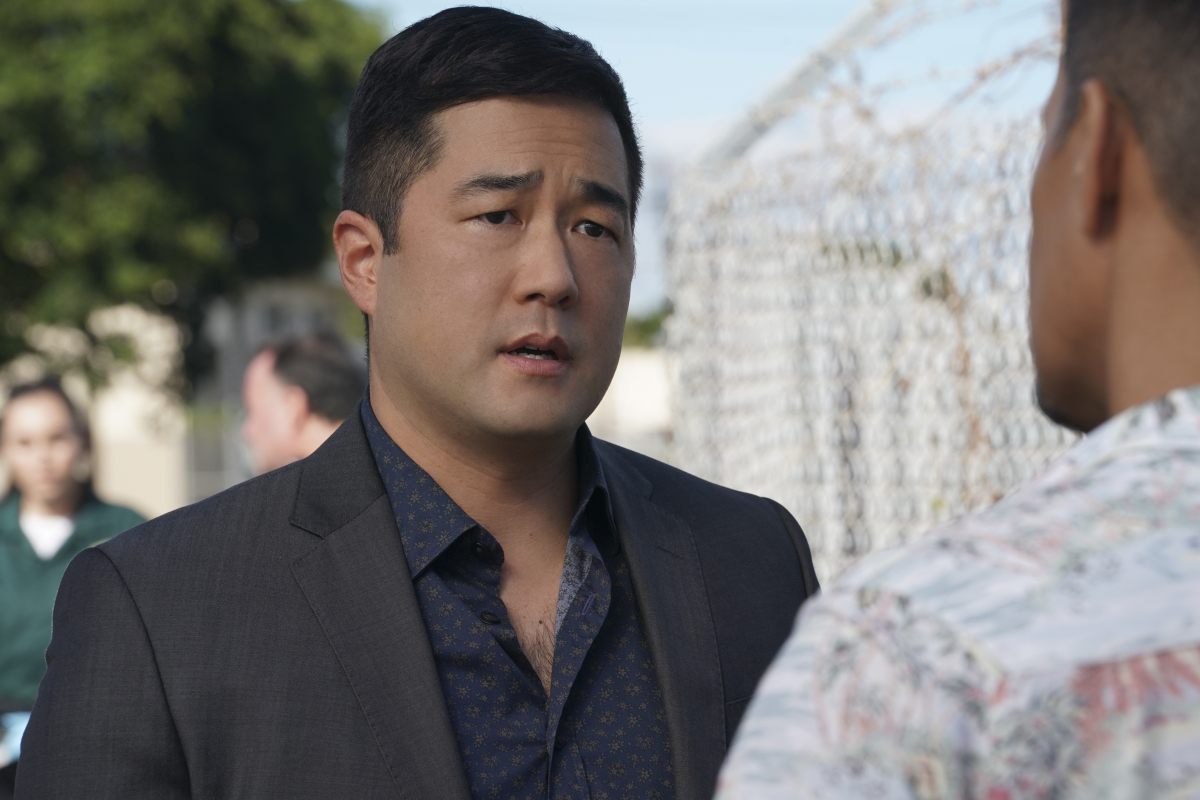 What did you think of Magnum PI 3×06? Do you think Magnum and Higgins made the right calls given the situation they were in? Or do you think they should have done something differently? Was Lia going to be killed either way? What did you think about the way the team came together to try and catch the kidnappers? Can Rick and TC get La Mariana out of debt? Will Magnum ever be able to get himself out of debt? Find and follow us on Twitter @capeandcastle to share all of your Magnum PI 3×06 thoughts! Be sure to also check out our site for more articles, podcasts, and more on all things Disney and beyond!