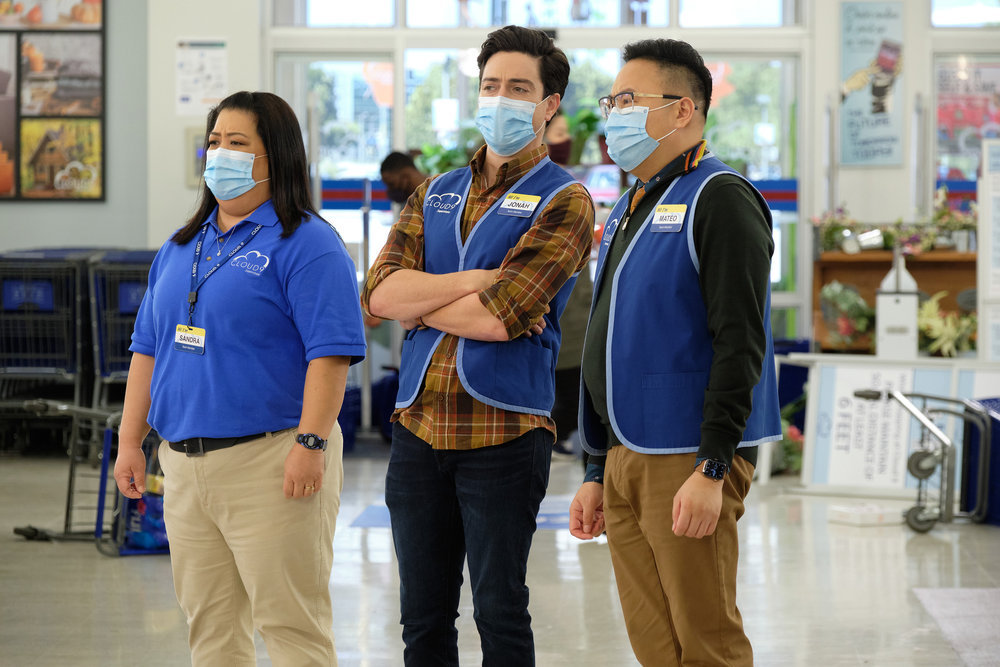 When Glenn returned from his stint in quarantine, things didn’t go as he planned. He certainly didn’t receive the warm welcome he expected! But intentionally or not, Dina didn’t seem too keen on giving up the power and authority she gained from stepping in for Glenn. And Sandra was dealing with the loss of her cat while the other employees plotted ways to get their donated money back! So keep reading for our Superstore 6×06 review!

Glenn was back but certainly wasn’t feeling the love from the rest of the associates. But can you blame them? Even the associates seemed to forget that Glenn was back and Dina was no longer in charge of things. We love Glenn, don’t get us wrong. But Dina made a pretty badass manager. And if we were her, we wouldn’t have been in any rush t change back into the blue polo or remove our name from the email list either. 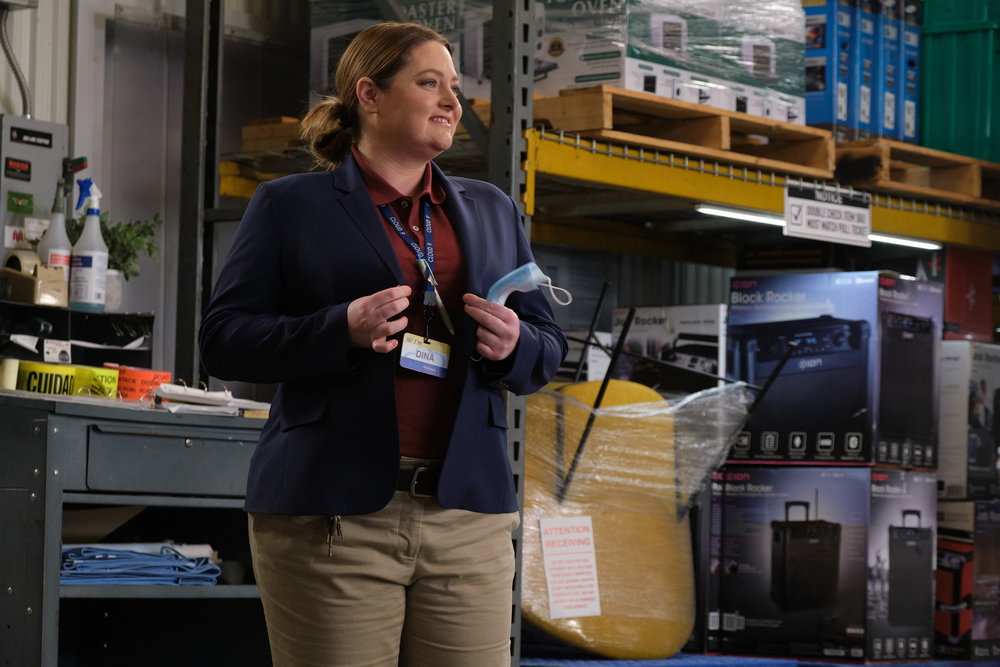 The whole thing had Glenn really feeling unneeded. So naturally, his solution to the problem was to try and make Dina feel needed elsewhere so things could get back to normal. As normal as they get at Cloud Nine, anyway. But none of us were surprised that Dina either ignored or shot down every one of Glenn’s attempts. We also weren’t surprised when Glenn took things too far by hiring Bo’s friends to wreak havoc. Dina can’t be blamed for thinking Glenn hired actors from an improv group. Technically, she wasn’t completely wrong.

There are a lot of things that happen to Sandra that have us feeling bad for her. But the loss of an animal really gets to us. We genuinely felt bad that Biscuit didn’t make it. Though we quickly went from feeling bad to shaking our heads at the others. None of them really wanted to donate money for Biscuit in the first place. Except for Carol. But that was really only because her feelings of guilt finally got to her. It was pretty clear any other money given was with a huge amount of reluctance.

So we really shouldn’t have been surprised that anyone who gave Sandra money wanted that money back. But we kind of were. Who analyzes whether a cat made it to their surgery or not? The employees at Cloud Nine, that’s who. What a bunch of jerks. But we will admit watching Jonah and Mateo attempting to ask Sandra for the money back was freaking hilarious. Especially since Mateo hadn’t donated any money to begin with. We were totally on Sandra’s side of things this time and we like how she spent the donated money. Unfortunately, it turned out to be a moot point with the necklace ending up stolen.

It always feels like Garrett has to deal with the most difficult customers. This is probably close to the truth since he does work at the customer service desk. But the one he had to deal with this time was a real doozy. We’ve heard of some crazy return policies in our time. But that dude bringing in a whole ass dialysis machine was one of the craziest. And in the middle of trying to figure out how the hell he was going to get the machine out of the store, a woman came in attempting to return another piece of heavy equipment. Every problem can be solved with grapes, right?! 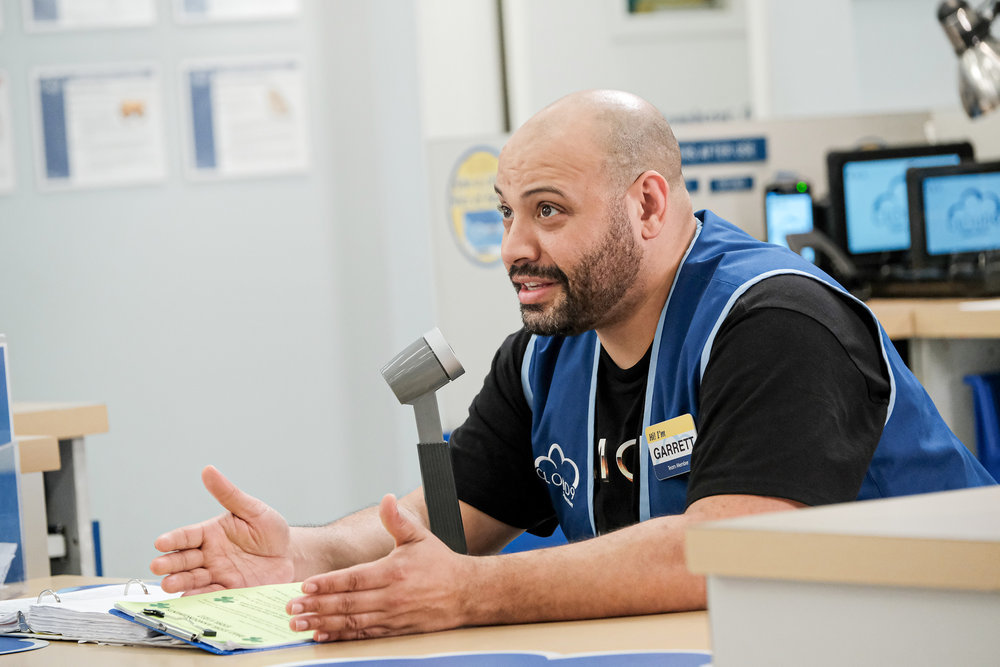 What did you think of Superstore 6×06? What’s the craziest store return policy you’ve ever heard? How did you feel about Sandra’s situation? Were you on her side? Or did you think the employees had a right to get their donated money back? Who do you think makes a better store manager? Glenn or Dina? Do you think Garrett deals with the most difficult customers? Find and follow us on Twitter @capeandcastle to let us know all your thoughts on Superstore 6×06! Be sure to check out our site for more articles on all things Disney and beyond!