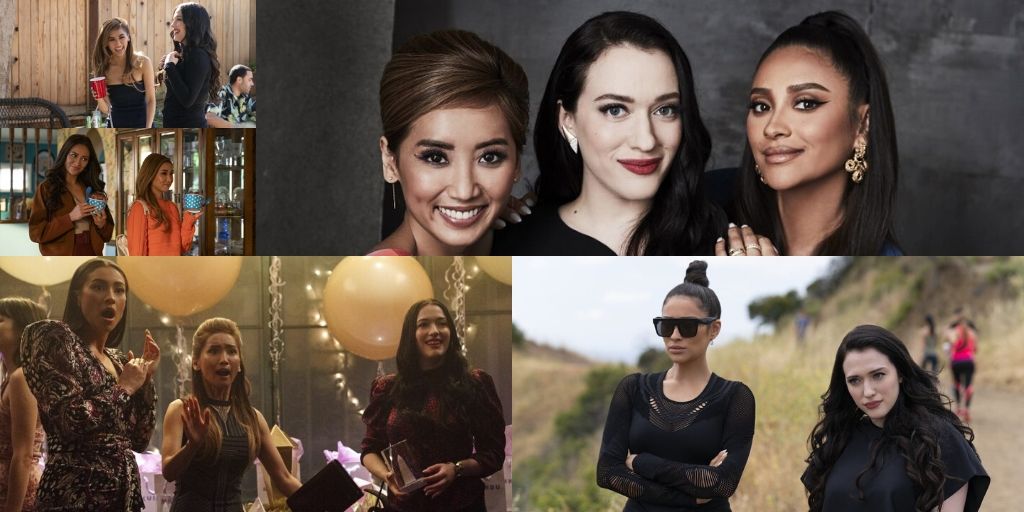 We have so many things to say about the first season of Dollface! There were so many things we loved. This means that there are so many reasons why we need Hulu to make another season of this show. Or, you know, like twelve more seasons. So let’s talk about the perfect setup that is Kat Dennings, Brenda Song, Shay Mitchell, and Esther Povitsky!

The epitome of this show is all about fierce female friendships. It’s a beautiful journey through what friendship means and how women support each other. But it’s also so much more than that. The meaning is beneath the surface of it all and we love it. Every situation was felt by us on an emotional level and it’s part of what made this season so phenomenal! 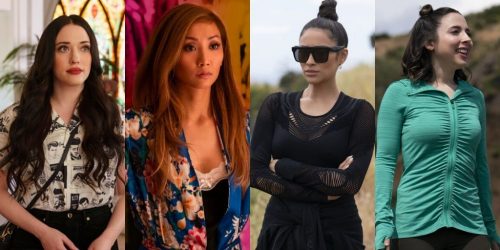 This show also focused on what it’s like to go through a breakup. While the situations with Cat Lady weren’t realistic, the messages were. Especially from a female perspective. The range of emotions, how to get back into how it feels to be single. But it also focuses on finding yourself again after a breakup and regaining your independence.

The main message is about Jules getting back in touch with her best friends Madison and Stella. But the message beneath the humor and wild situations is women supporting each other. Even those who first come across as the “mean girls” turn out to be surprisingly supportive of other women. It’s all about the team-ups and the emotional support these women offer each other. We live in a world where most women are out to get ahead of one another, professionally and romantically. So seeing women who are consistently out to help each other get ahead is different and special. And it’s exactly what we need.

But that isn’t the only subtle message we got from the first season of Dollface. In the midst of the chaos and Jules getting over her relationship and back in with her besties, is so much more. There is Madison overcoming her fears and being a badass businesswoman, “putting the sexy in successful if successful was spelled differently.”. Izzy comes out of her shell and learns to find herself and stand out from the crowd she has hidden herself in for so long. Stella starts off as the one with no worries, flitting from project to project, relationship to relationship, and rotating places to stay. And you know what? For the most part, she stays that way! Stella lives life the way she chooses and she’s happy. She doesn’t need a 9-5 job to be or feel successful. Stella doesn’t need a steady relationship to feel complete. Except for the relationship she has with her best friends. We can’t express how much we love it. But we also celebrated her acceptance into business school and what it will mean for her future! 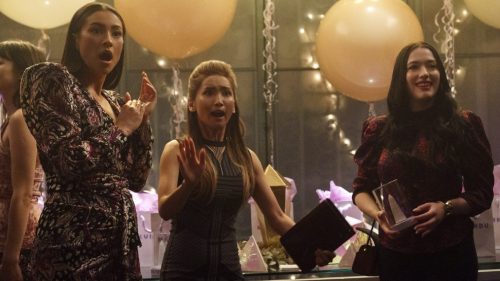 And yet, there are so many more messages that Dollface sends. Women can be supportive of each other and be supremely successful. Breakups absolutely do not break women, but they aren’t solely responsible for empowering them either. Women empower themselves and breakups are just a bump in the road, along with all the other bumps in the road everyone encounters in life.

The cast of Dollface is certainly a force to be reckoned with. Kat Dennings has a phenomenal comedic delivery and dry sense of humor. Her sarcasm is also almost unmatched. The only ones who can give that sarcasm a run for its money are Brenda Song and Shay Mitchell. Brenda Song has come a long way in her career and we feel like Dollface gave us the opportunity to really see her shine. Every scene she had made us feel every emotion Madison was clearly feeling. You add the wild and fun Shay Mitchell to that mix and you’ve got the perfect combination. But we actually got much more than that.

We got the surprise of Esther Povitskyas Izzy. Her comedic timing and delivery got us every time and we loved watching Izzy’s journey. She found her place and learned how to be true to who she was and own it from her badass besties. But we also got the gift of so many amazing appearances on the show! From Malin Akerman and Matthew Gray Gubler to Shelley Hennig and Camilla Belle, we were graced with a cast full of stars! Nikki Reed, Margot Robbie, Joey Lawrence, and Macaulay Culkin also made appearances!

Besides the amazing cast and storyline, Dollface also offers a seriously amazing soundtrack! Lizzo, HAIM, Kesha, Billy Squier, and more make up the soundtrack that perfectly matches this show. With so many reasons to watch, if you haven’t checked out this show already, we have just one question for you. Why the hell haven’t you watched it yet?! Trust us on this one, you will be so glad you did. 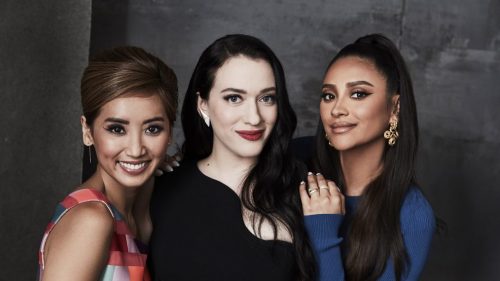 If you have seen it, which Dollface character do you feel like you relate to the most? Did you have a favorite scene, moment, or song? Find and follow us on Twitter @capeandcastle to discuss all things Dollface! Be sure to also check out our site for more articles on all things Disney, Marvel, Star Wars, and more!