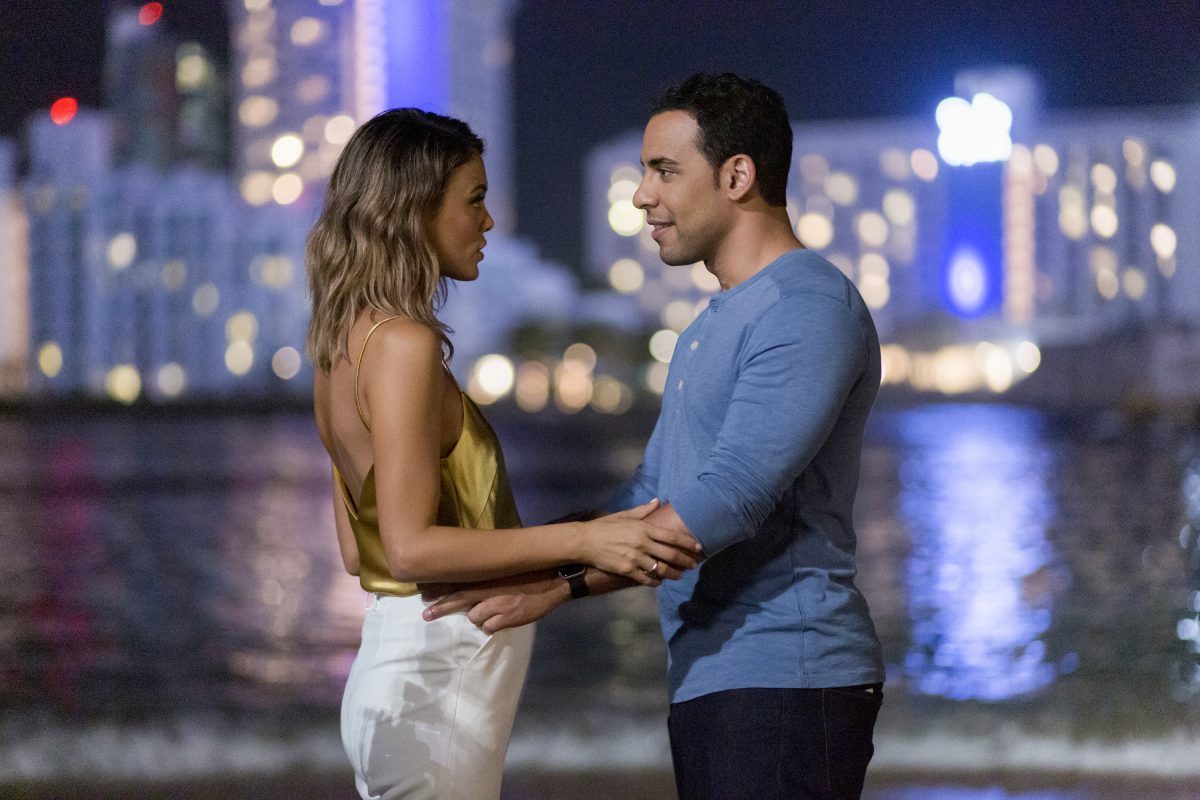 This episode showed us that things aren’t always rainbows and sunshine when it comes to celebrity life. We expect stress and invasions of privacy. And we know how tabloids can twist and turn things. But this episode had us raging for the unfair treatment that Noa and Daniel were receiving. So keep reading for The Baker and the Beauty 1×06 review and our thoughts on what went down!

We loved watching Noa giving a new interview about her upcoming movie. It was even better seeing Daniel right there supporting her. But what wasn’t so great was the fact that Vanessa gave an interview. Made even worse by the fact that she tried to make it seem as if Noa had seduced Daniel away from her. They met by chance in the bathroom and she recommended the soup. She didn’t tell Daniel to ditch his girlfriend. Vanessa embarrassed herself in front of an entire restaurant trying to propose to Daniel despite him trying to stop her. Then she got mad that he said no and dumped hot soup on him. Then she said she was single and stormed off. We all saw the same thing, right? Noa and Daniel did nothing wrong. Screw you, Vanessa.

The worst part about the entire thing was probably the way Daniel and Lewis bickered about it after. Noa probably already had a headache from the entire thing, she didn’t need those two bickering. Even if it was kind of funny to watch. So when Lewis then gave Noa some attitude, we were much less than impressed. We get where he was coming from, don’t get us wrong. But he definitely needs to ease up. Noa didn’t do anything wrong and the tabloids could only run nonsense for so long before something else came along and interested them.

We love seeing how excited Mari was about the expansion! But even better than that was the way Rafael was right there to support her. And help make sure that the most reasonable and business savvy decisions were being made. We love these two and their relationship. They truly are like yin and yang and the perfect example of how opposites can attract. Mari encourages Rafael to take chances and have a little fun while Rafael encourages Mari to take a breath and give things deeper thought. Just one of the many reasons why these two are so amazing together.

We were extremely pissed off about Mari and Rafael getting screwed over. They have worked so hard and deserved so much better than what they got with the fake construction company. But we weren’t surprised that Mari and Rafael were able to bounce back from having their deposit taken. Nothing brings a family together quite like bashing some walls down together! Then there was the way the trashy reporter, that we refuse to dignify with his name (because we hate him and don’t care), tried to make it seem like the family was profiting off Noa was crap. Complete and utter crap. Their bakery is amazing! Obviously.

Okay, we get that Mateo obviously feels an attraction to Vanessa. And we also get that she has helped him out with his budding musical career. But regardless of that, Daniel is his brother. And Vanessa is the one in the wrong here. We absolutely refuse to budge on that. So Mateo absolutely should have fired her as his manager and he shouldn’t have apologized for it. The fact that Vanessa was so calm about the entire thing should have actually been more concerning than anything. She’s so over the top about everything else and now she’s cool as a cucumber? Yeah, something isn’t right there. Best to back away slowly.

Then we had Natalie. We can always depend on her to have Daniel’s back. She wasted no time in telling Mateo that he needed to fire Vanessa. We did not care that it seemed harsh at all. Sorry, not sorry. But we were totally with Natalie on this. No surprise, really. We’re with Natalie on just about everything she does. We were especially with her on the way she dissed the bitch at school. But we weren’t with the hit that Natalie took or the way she was treated afterward. She had every single right to defend herself and we hope she kicked their asses good!

Noa took no time in handling her shit. And we were so glad to see that so many of those she’s in business with weren’t concerned with the gossip at all. We applauded each and every one of the ones who were accepting, we absolutely think the ones we saw were genuine. While Lewis wanted to borrow trouble, we hate to admit that he wasn’t completely wrong. We don’t think that everyone on the board was talking negatively about the situation, but few certainly were. We’re just going to blame everything on Vanessa at this point and not feel bad about it.

What did you think of the latest episode? Did you agree with what Vanessa did or what she had to say? Do you think that Noa and Daniel did anything wrong with their relationship? What about how Natalie handled everything from her interview to her business partners? Find and follow us on Twitter @capeandcastle to join The Baker and the Beauty chat and let us know your thoughts! Be sure to also check out our site for more articles on all things Disney, Marvel, Star Wars, and more!