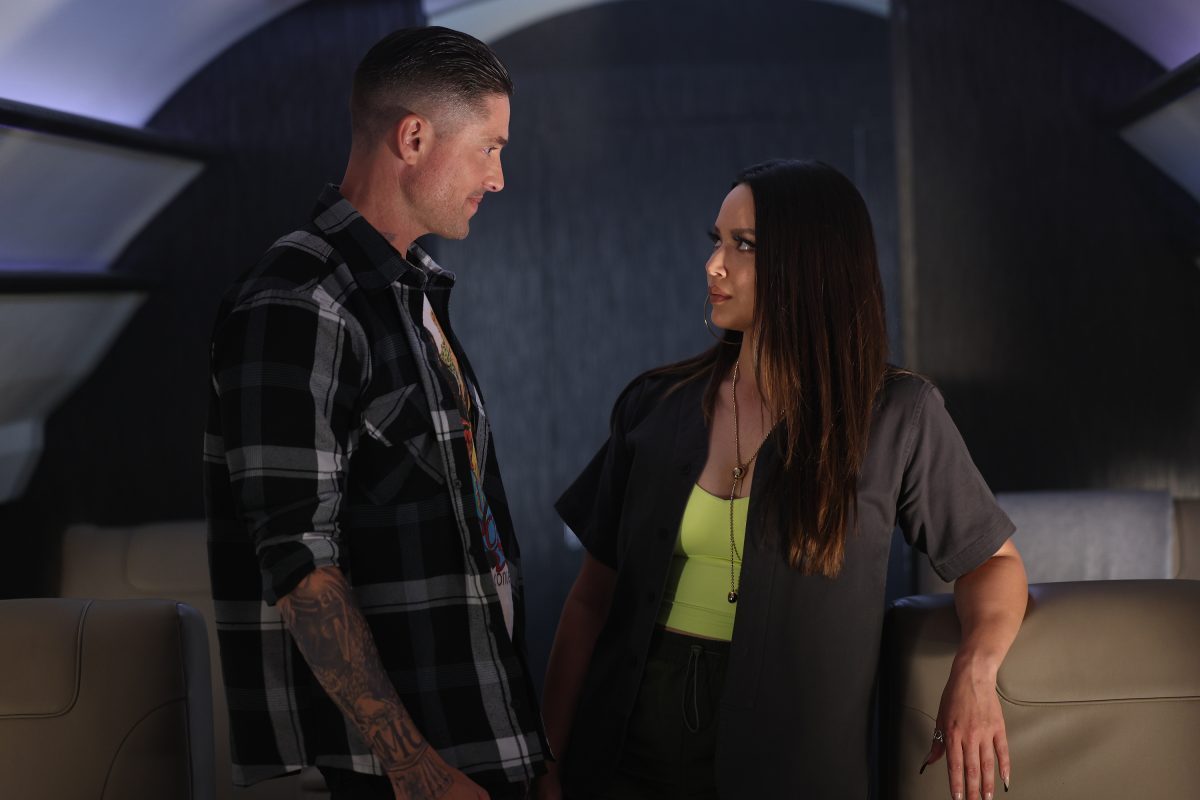 Why does it always feel like our favorite shows have been gone for a year? I know it’s only been a couple of months. But it feels like so much longer. Maybe it’s just because I was so desperate to see Tim and Lucy undercover. I was a little worried we weren’t going to get the chance to see it for a while there. Not only did we see it, but it was freaking awesome! But we are blessed to have an entirely awesome cast and they all had things going on. But I was a little worried that things seemed a little too good to be true. Honestly, I was kind of waiting for the other shoe to drop! So keep reading for The Rookie 5×01 review!

Do I love the entire cast? Of course I do! But I would be lying if I said I wasn’t here to see what happened undercover. And after. There’s a part of me that knew I was being baited the entire time. I mean, they have held out this long with Tim and Lucy. The chances of them getting together now are pretty slim. So it definitely felt like there was some major teasing of the fans happening. But I would be lying if I said I wasn’t enjoying it. Even pretending to be a couple was enough for me. At least for now. This is really saying something about how long I’ve been waiting for any contact between the two of them. That I’m okay with it being fake. And then I convince myself that it was a bit more real than Tim and Lucy said it was. 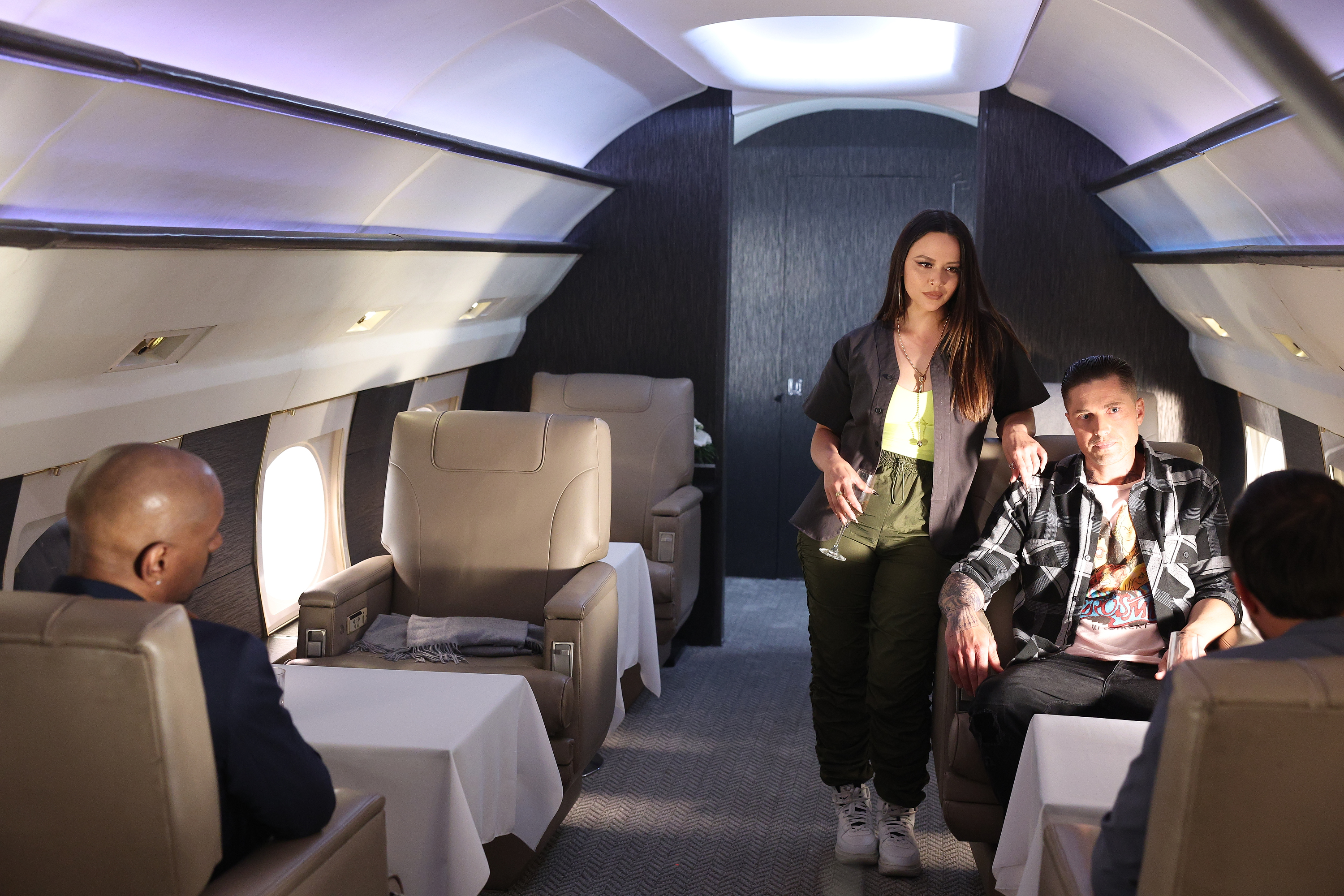 When Lucy found out that Rosalind had escaped my heart broke for her. But then Tim had it fluttering with the way he immediately became protective. He grabbed her hand and you could tell that it helped to calm her down. Tim knows better than anyone how this impacts Lucy and I love that he knows exactly how to help her handle it. He just offers her the support he knows she needs. And I think Tim is the only one Lucy really lets in on her feelings about the entire situation. If they really think they are going to be able to go home and just be fine around one another and pretend nothing happened between them, I think they are going to be sadly mistaken.

The Beast is Back

Rosalind is so terrifying. Honestly. Annie Wersching plays her in such an eerie way it gives me chills. That slow smile she has and the way she always seems to be ten steps ahead of those around her. There were so many officers present at all times and they all acted so nervous and on edge. And I feel like it had me on edge as well. But maybe that’s because I just kept waiting for the moment Rosalind was going to get away. Also, can I just say that with how much security is around Rosalind, how in the actual hell does she have access to any social media?! That should not be something that’s happening. Everything she was talking to John about qualified as stalking them and I don’t care how good her reach is, she should be cut off from any source of social media and communication in general.

I know that Wesley has defended some guilty people before. But I just can’t fathom how anyone would want to represent and defend Rosalind. I know that someone has to but it seemed more like her lawyer generally wanted to defend Rosalind. And I just don’t get that. Of course, I did after she freaking stabbed the officer and killed her! How does Rosalind find fellow psychos?! Do they have a freaking message board or something?! If she wasn’t given access to any communication, it wouldn’t matter if they did have a murder message board. This is a perfect example of why Rosalind should have been on lockdown 24/7. When will people learn? Even knowing she was going to escape, I still found myself surprised. Like I said, ten steps ahead of everyone.

One of the many things I love about this cast is the way they all come together and make for a kick-ass power team! While I love when they are on their own and working on their own cases, I love it, even more, when they all work together on one case. Especially when they are able to get Wesley involved as well. But getting Rosalind the first time wasn’t easy. I’m sure it’s going to be even more difficult this time around. Especially since no one knows who she has been able to interact with and what she has been planning all this time behind bars. She’s had a lot of time to think. And she’s clearly had a lot of time to interact with others! Sorry. But I’m never getting over that. Rosalind should have been the definition of solitary confinement. Let’s just hope our power team can catch her one more time. For good. 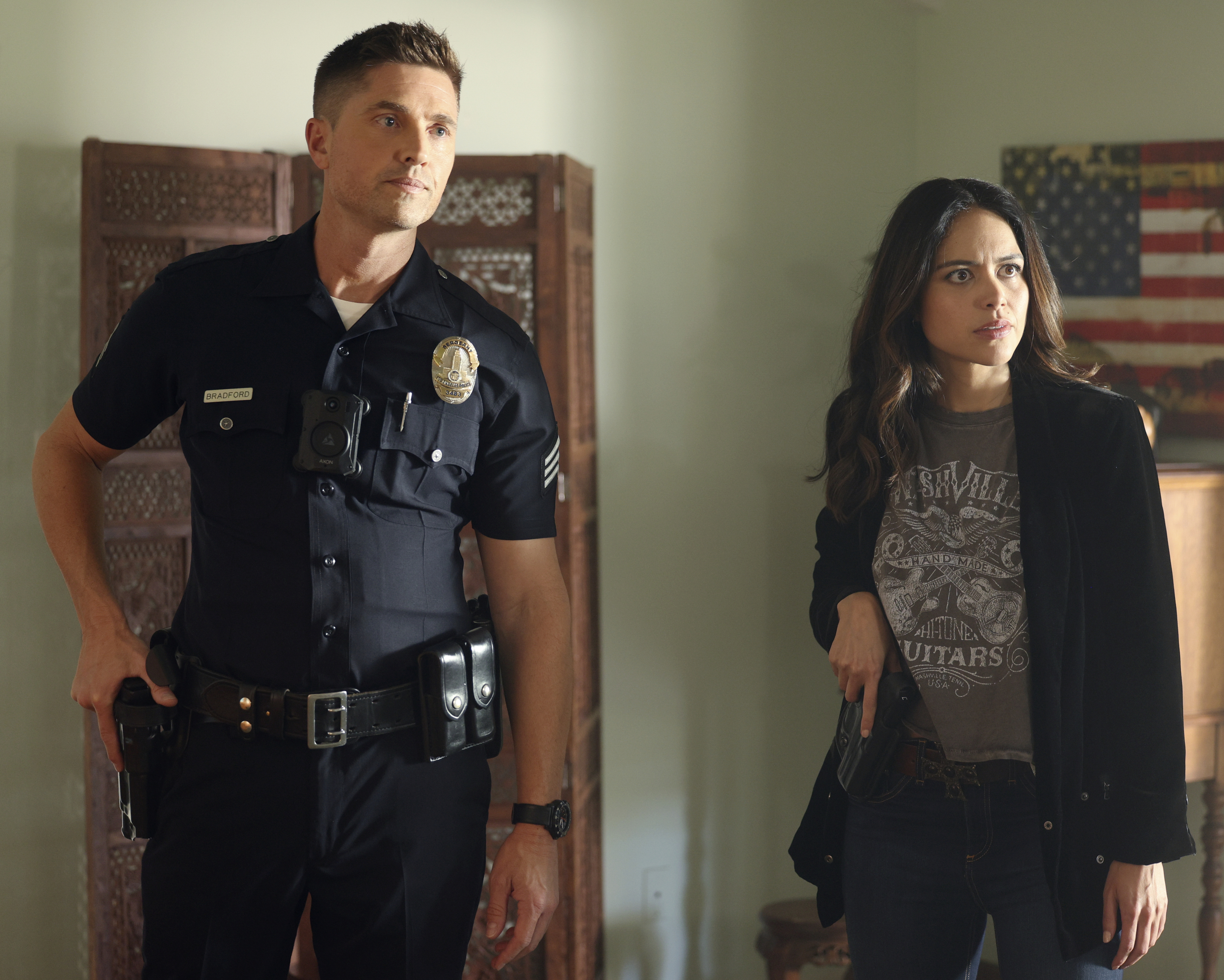 What did you think of The Rookie 5×01? Was it everything you hoped it would be? What is something you want to see happen this season? Were you freaking out about Rosalind escaping as badly as we were? What did you think about Tim and Lucy being undercover? Do you really think they were acting? Or do you think they have feelings for each other? If they do, will this be the season they finally get together? Are you going to be tuning in to The Rookie: Feds? You can find and follow me on Twitter @Sarah_Jeanne17 to discuss all things The Rookie. And you can find the site on Twitter @capeandcastle. Be sure to check out our site for more content on all things Disney and beyond!