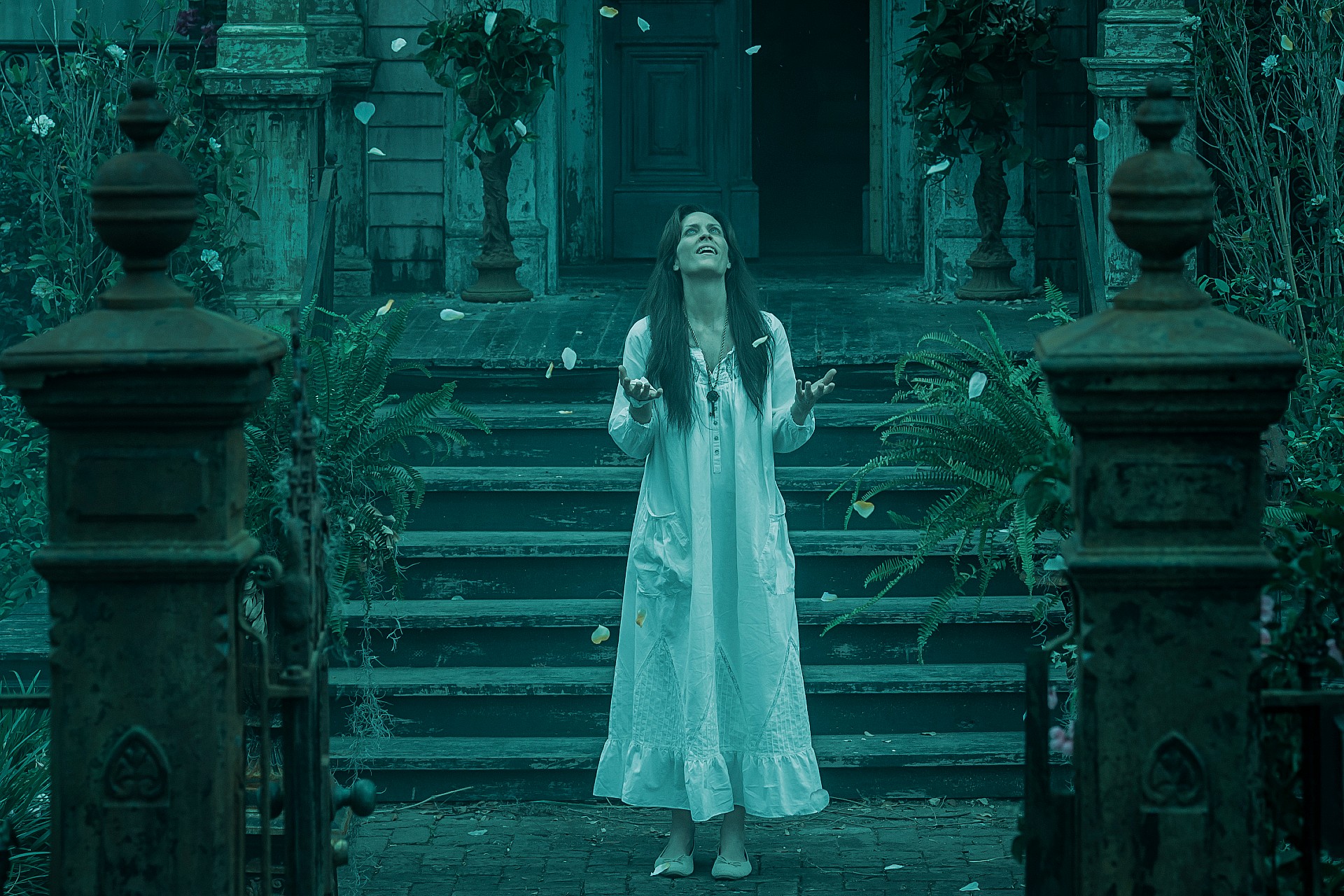 Last week (review here), the premiere of the series swept everybody off their feet. Rowan came into deadly powers that kill. In New Orleans, we get a glimpse of teenage Deirdre Mayfair in rebellion. The two collided in unexpected ways. This week, Rowan was determined to find her birth family. Deirdre was finally free of her catatonic state and reunited with Lasher. 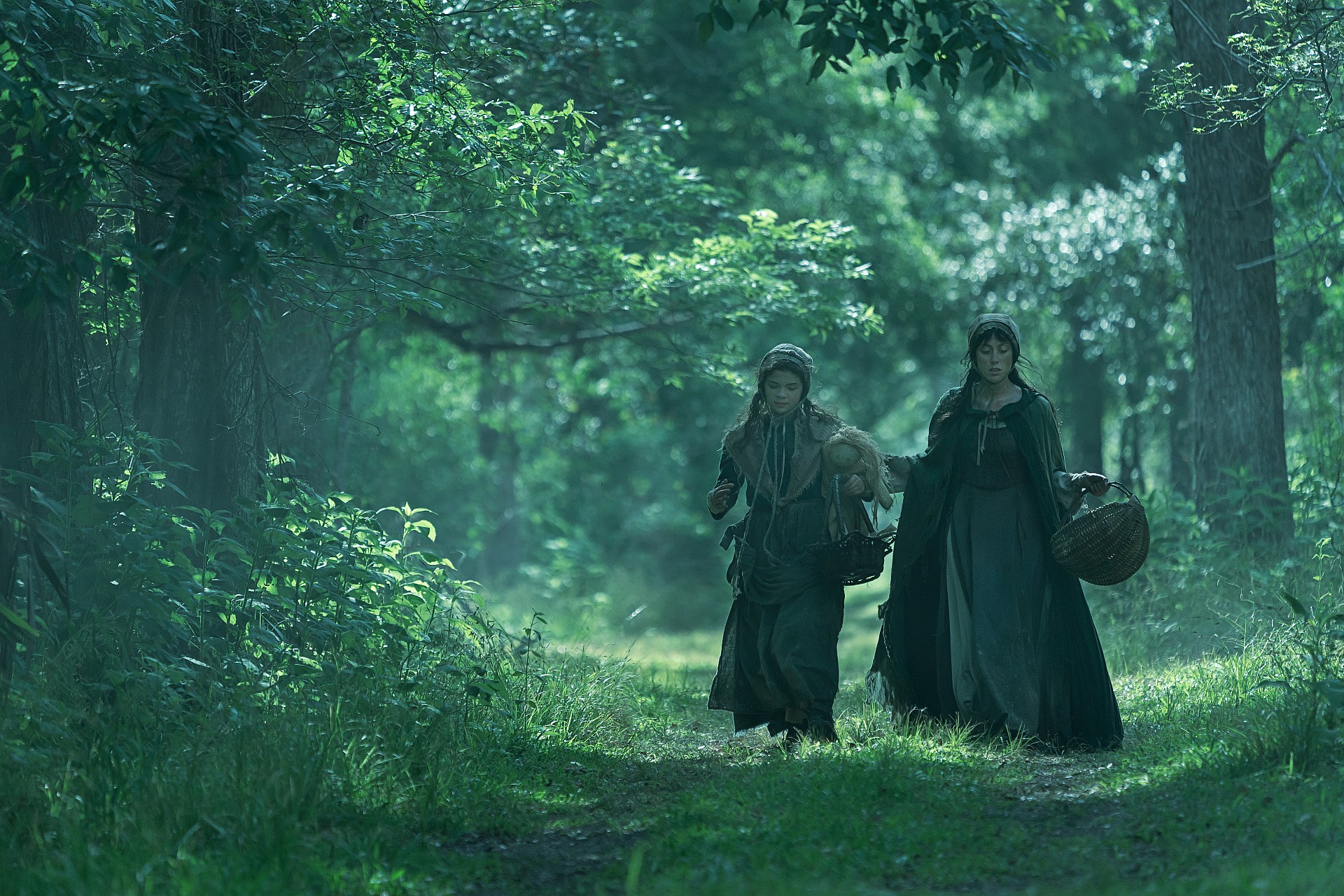 The episode began with a flashback to Scotland, 1681. During another looking into Mayfair history, two siblings are gathering herbal plants for remedies when a strange man comes out from behind a tree like a real stalker. He was seeking the older sibling. It was apparent that this wasn’t the first time she’s dealt with him.

What was so startling about this was the way several birds suddenly took flight as if signaling something great and possibly wicked was on the way.

This incredibly short glimpse at Mayfair history was bleak and slightly disturbing, but I’m not surprised. The Mayfair family has quite the interweaving of magic and erotica in the books. There is so much family history that comes into play. This prologue was enough to pique my curiosity about how the series will further showcase it while intriguing me with tidbit that may be connected to the present where Rowan (Alexandra Daddario) is coming into being a Mayfair. There 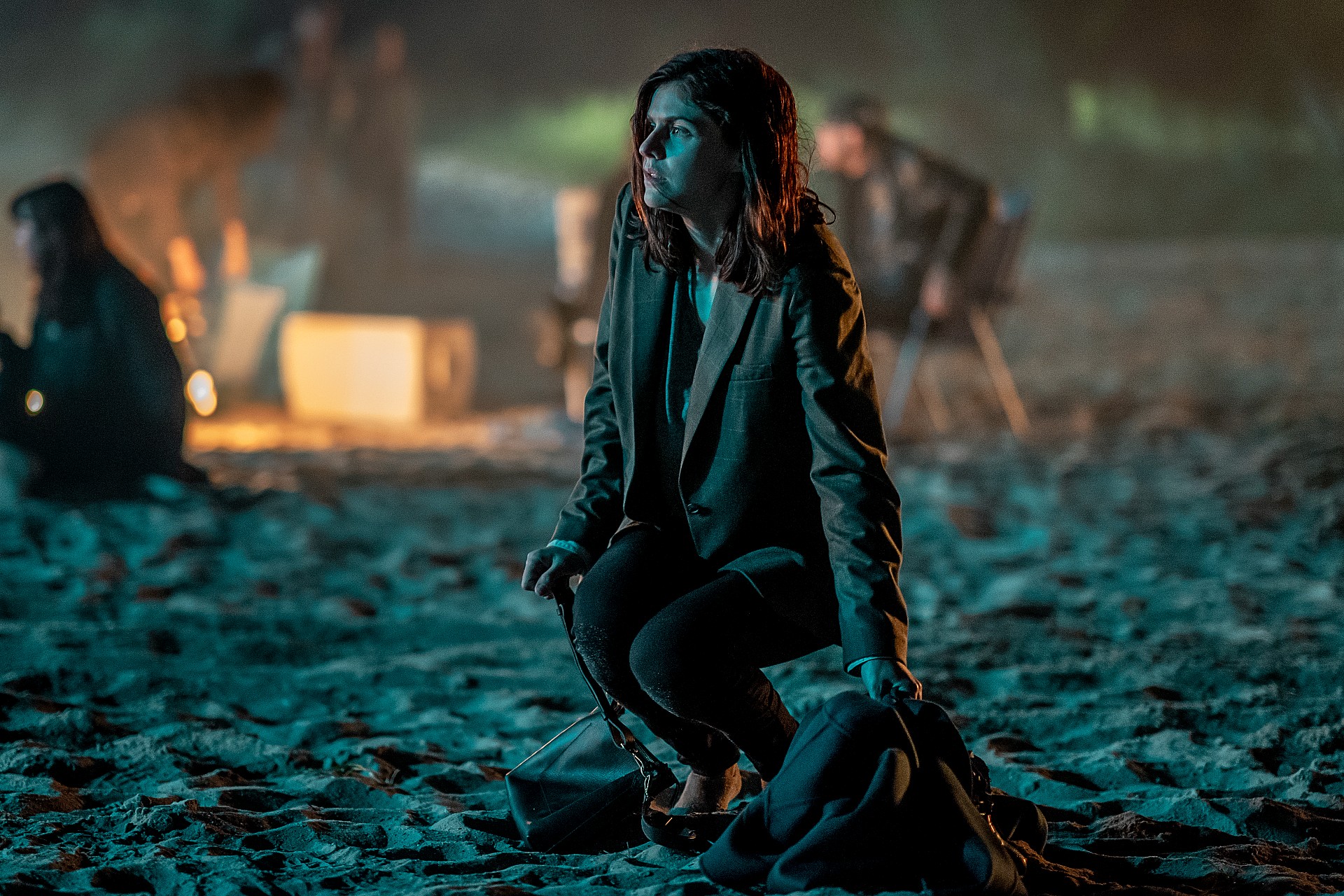 Lost in the Woods

In the present, Rowan is tracing her mother’s last call before she died. The Talamasca. Though Rowan was hoping to find answers, they rebuffed her. It was quite clever, though easy how they managed to use the excuse that she couldn’t possibly get her birth records when their “agency” wasn’t opened until well after her birth.

Rowan handled her mother’s death as I figured she would. She downed about a bottle of wine while sitting with her mother’s urn. After a drunken night filled with anxiety and grief, she tried to get back to work. It didn’t seem like a great idea and even her boss thought so.

Therapy’s Not For Everyone

I totally thought Dr. Keck kicked the bucket, but unfortunately, he’s still alive. Hopefully, he’ll use the second chance to be less of a jerk. Understandably, he wouldn’t let Rowan get back to work until she underwent therapy. While I am a believer that therapy really helps, I also believe it’s not going to help Rowan what she needs. She needs answers.

Therapy only scared Rowan more. When the therapist got a sudden migraine that developed into a bloody nose, Rowan was terrified it was her that had done it. She was out of there before the therapist could get into any juicy bits of her problems. I couldn’t blame her. Anyone that lost and scared of their powers would be terrified.

Rowan’s dreaming proved to be just as mysterious. In them, she’s seen the Mayfair house and Ellie (Erica Gimple). The dream sequence had to be my favorite part of the episode. Though I was quick to catch on that it was Lasher (Jack Huston) doing the dream manipulation, I have to admit that he gives a beautiful rendition of the Mayfair house and dresses up his Mayfair ladies so lovely. 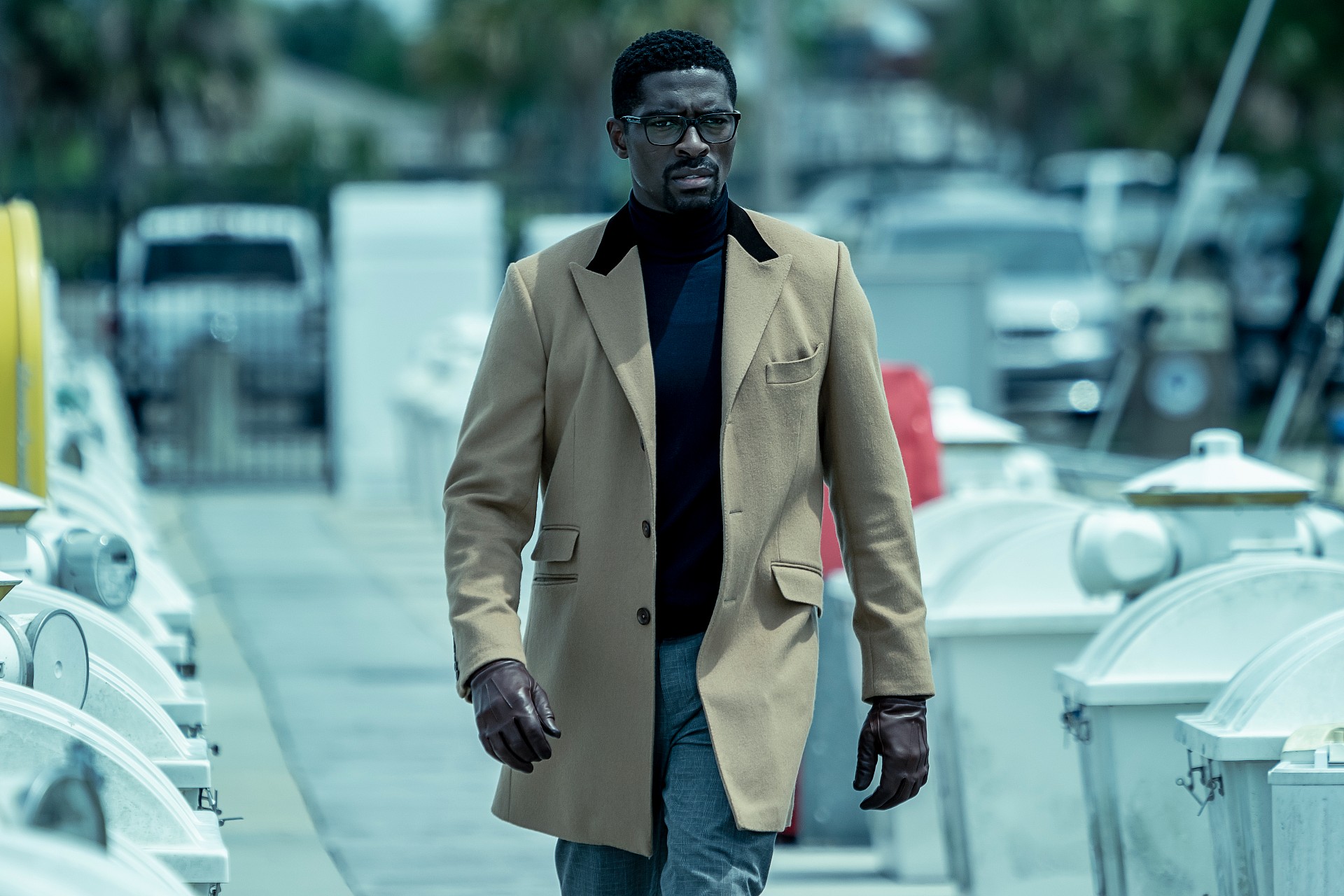 Ciprien (Tongayi Chirisa) watched Rowan from afar as she struggled to move forward following Ellie’s death. From breaking into her houseboat and using his abilities to see what she’d been suffering through to watching her use her powers and drop a few crows from the sky.

The connection of the crow-drop occurrence to the bird migration at the start of the episode was not lost on me and only made me feel a little shaky about Rowan pursuing her birth family.

Things grew further unhinged for Rowan. Rather than getting rid of the crows that she’d killed after her therapy session, she stuffed them in her car and took them all the way to the beach. Whether she was just trying or get rid of witchy evidence or just bury her terror, it’s clear Rowan is losing it.

Right as I’m wishing for anyone to help Rowan because she is losing her mind, Ciprien finally crept out of the shadows and revealed himself to her. She already knew he’d been following her, but not because of any witchy vibes. It was just because he wasn’t good at being a spy. She’d managed to spot him everywhere she went.

The caution she held for him wasn’t because she thought he was dangerous, but because she was. Ciprien got a taste of it, too, when he tried to keep her from running and was knocked to the brink of death.

For some reason, he thought it was a good idea and maybe he forgot that his powers work through touch. But, at least he’s not dead. However, I do think he needs to brush up on his job because everything up to this point makes it seem like this is his first day.

Rowan took advantage of Ciprien’s condition and swiped his phone. On it, she discovered photos Ciprien had taken of her and others of Mayfair women dating back to the 1920s by the looks of it. Next to the strange dream Rowan had, this was the last straw that sent her to New Orleans for answers. 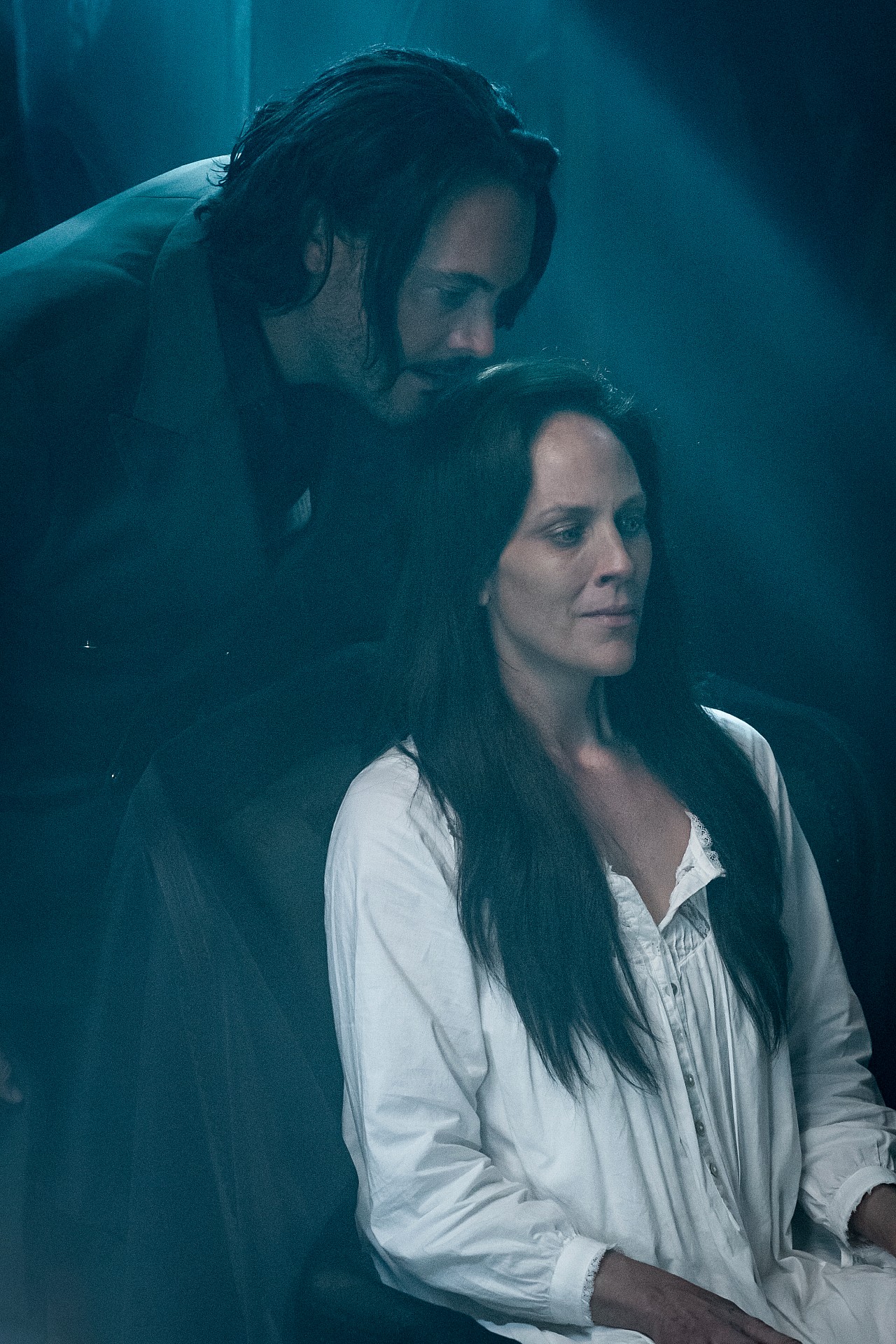 As Deirdre (Annabeth Gish) struggled to wake up from her catatonic state, Lasher visited her in her dreams. He was far too excited to share that he knew where her daughter was. It was apparent that he still had Deirdre wrapped around his finger. Poor Deirdre clung to him believing that he was the only one that cared about her and Rowan.

When Deirdre finally awoke, nothing stood in her way of getting to Rowan except her own patience. Lasher, in his ever so charming way, calmed Deirdre down with a reunion of wiles.

What twisted my stomach was that Lasher made sure that Rowan, on a red-eye to New Orleans already, was feeling everything that he was making Deirdre feel. This was a good show that he was already reaching out to Rowan. 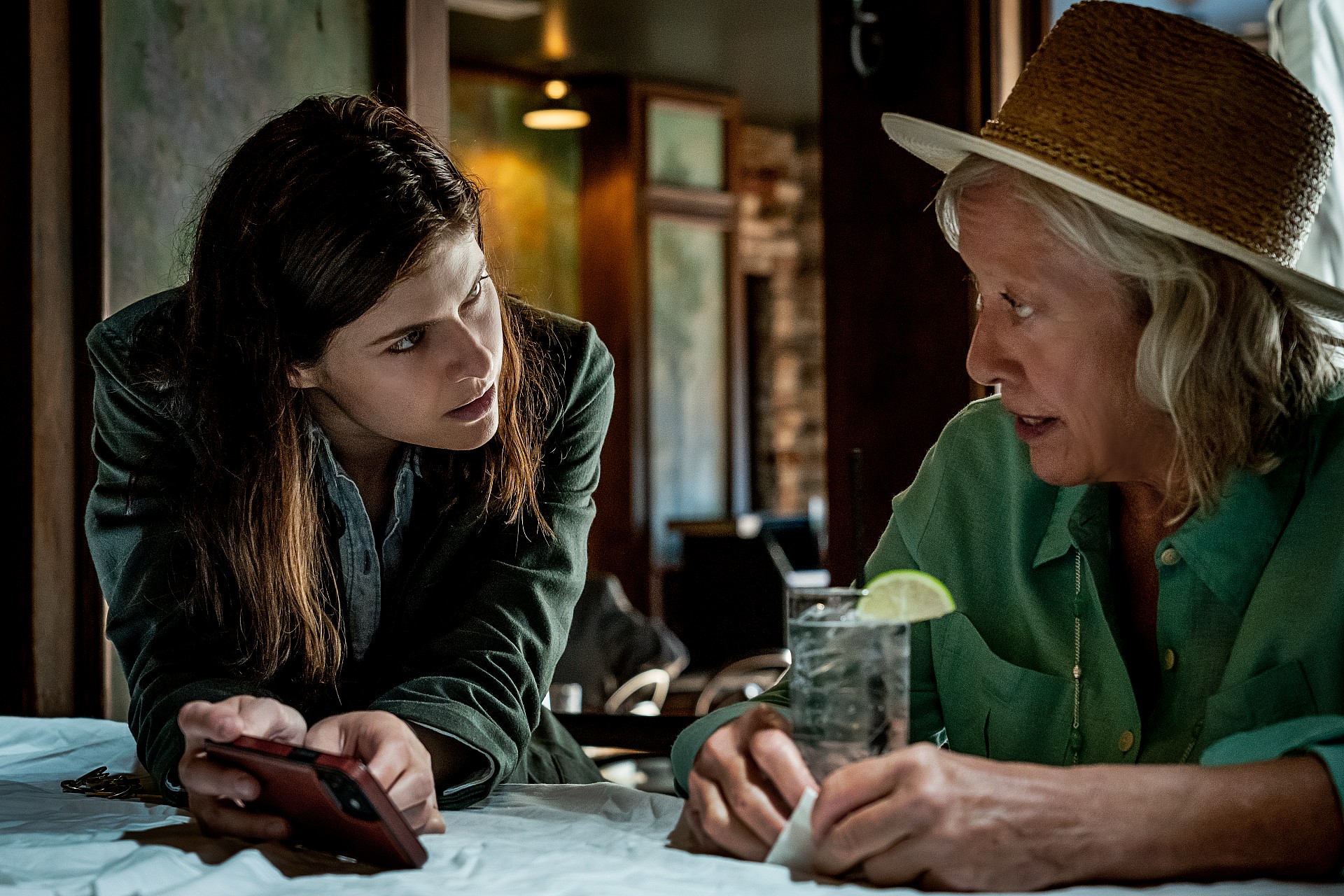 To the Big Easy

After landing in New Orleans, Rowan was determined to find somebody who could help her, and I love that determination. The single-mindedness is a big part of Rowan’s character and Daddario really makes it stand out. Trying to deflect and hide Rowan’s origins puts her in more danger. One way or another, Lasher is going to come for her and it might be better if she knew so that she could have better odds at defending herself.

Ciprien was already on her trail, having recovered remarkably fast from Rowan’s special touch and ready to offer whatever help he could to her. Knowing as much as he does about the Mayfair family, he could be the one to give her all the information she needs. 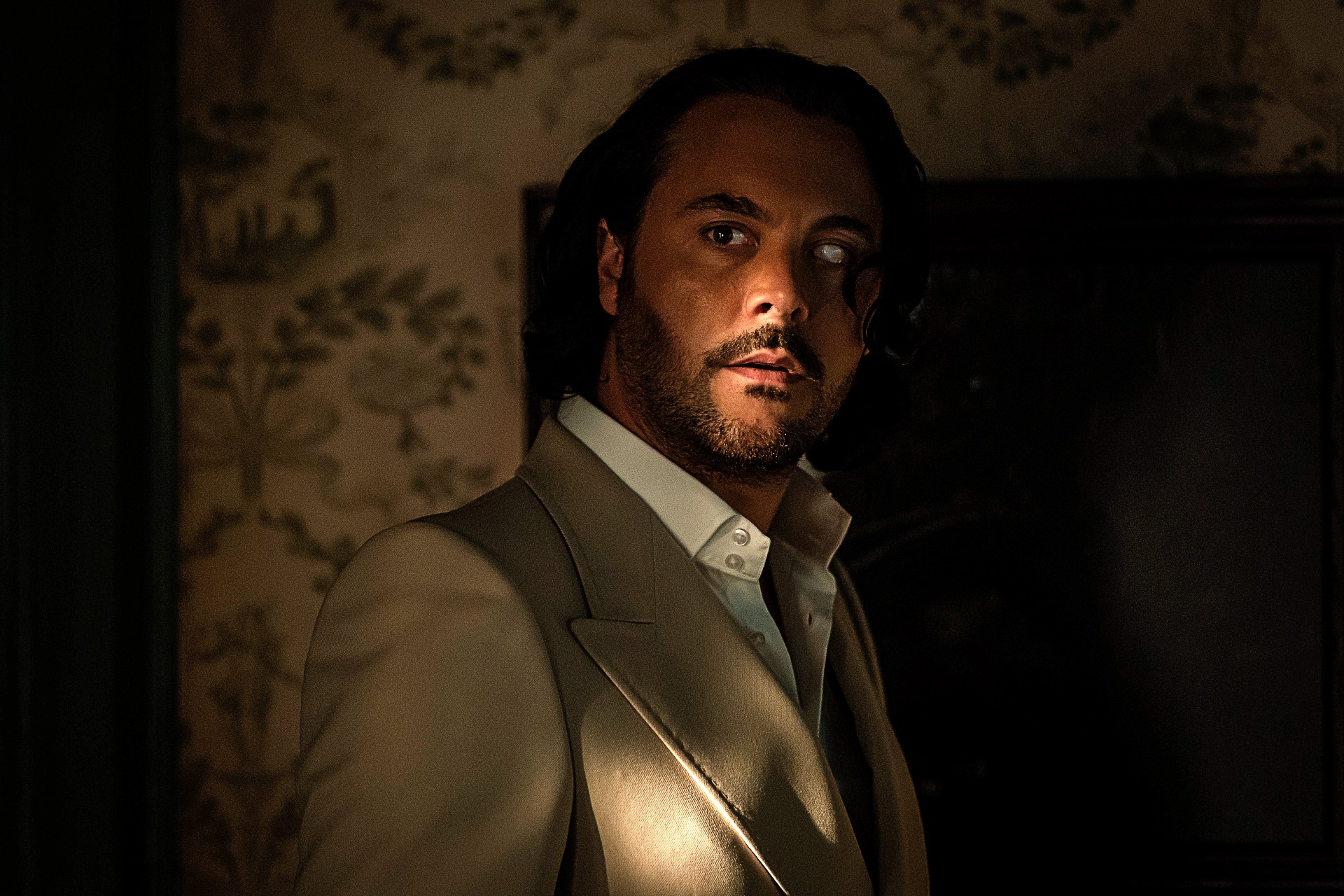 The impending climax of the episode was filled with anticipation. After stopping to see Cortland (Henry Hamil) and surprising him with her connection to Lasher, Deirdre set out to meet Rowan. She wasn’t waiting any longer to meet the daughter Aunt Carlotta (Beth Grant) pawned off as dead. I wavered about his meeting between mother and daughter, especially after Lasher nearly laid hands on Rowan during their seek-and-find spell.

The last few minutes of the episode were big, breath-holding ones. Would this reunion be great or tragic? These two women were finally within reaching distance of each other. Deirdre coming up the elevator and Rowan preparing to go down and search for the Mayfair house.

When Rowan and Deirdre came face to face at the elevator, the joy between them was incredibly brief. Deirdre couldn’t even step out of the elevator for her throat had been mysteriously slashed.

While nobody had been in the elevator with Deirdre that doesn’t killing her was impossible. I can’t stop imagining who it could’ve been. Aunt Carlotta because she didn’t want Deirdre and Rowan to reunite? Lasher because he was ready to move on to the next Mayfair?

Outside of Rowan looking into her origin and Deirdre striving to awaken, a side curiosity piqued my intrigue during this week’s episode. Maybe I’m just searching for a side story to add to this witchy story. While Rowan was trying to get back on her work rotation, a news story within the episode highlighted the murder of a woman on the radio. Her hands and feet were bound and then she was burned alive. I could be ahead of myself, but this is the Mayfair Witches and that sounded like a witch burning.

For some reason, my intuition tingled that this headline was more than just background noise. Something witchy is in the air, and it’s more than just Lasher itching to get his hands on the Mayfair he’s been longing for since her birth.

What did you think of the episode? Let’s chat in the comments below and don’t forget to follow us @capeandcastle on Twitter!