Wednesday wasn’t just spooky and kooky, but mysterious, bloody, and full of woe. From a secret society to unraveling family secrets to getting her dance on, Wednesday didn’t crawl out of her comfort zone, but pulled everybody else into it. The first season of the Netflix series was just released and we’re already getting our hopes up for a season 2.

In fact, here’s what we want to see in Season 2!

Spoilers abound. Turn back now if you haven’t finished the show. 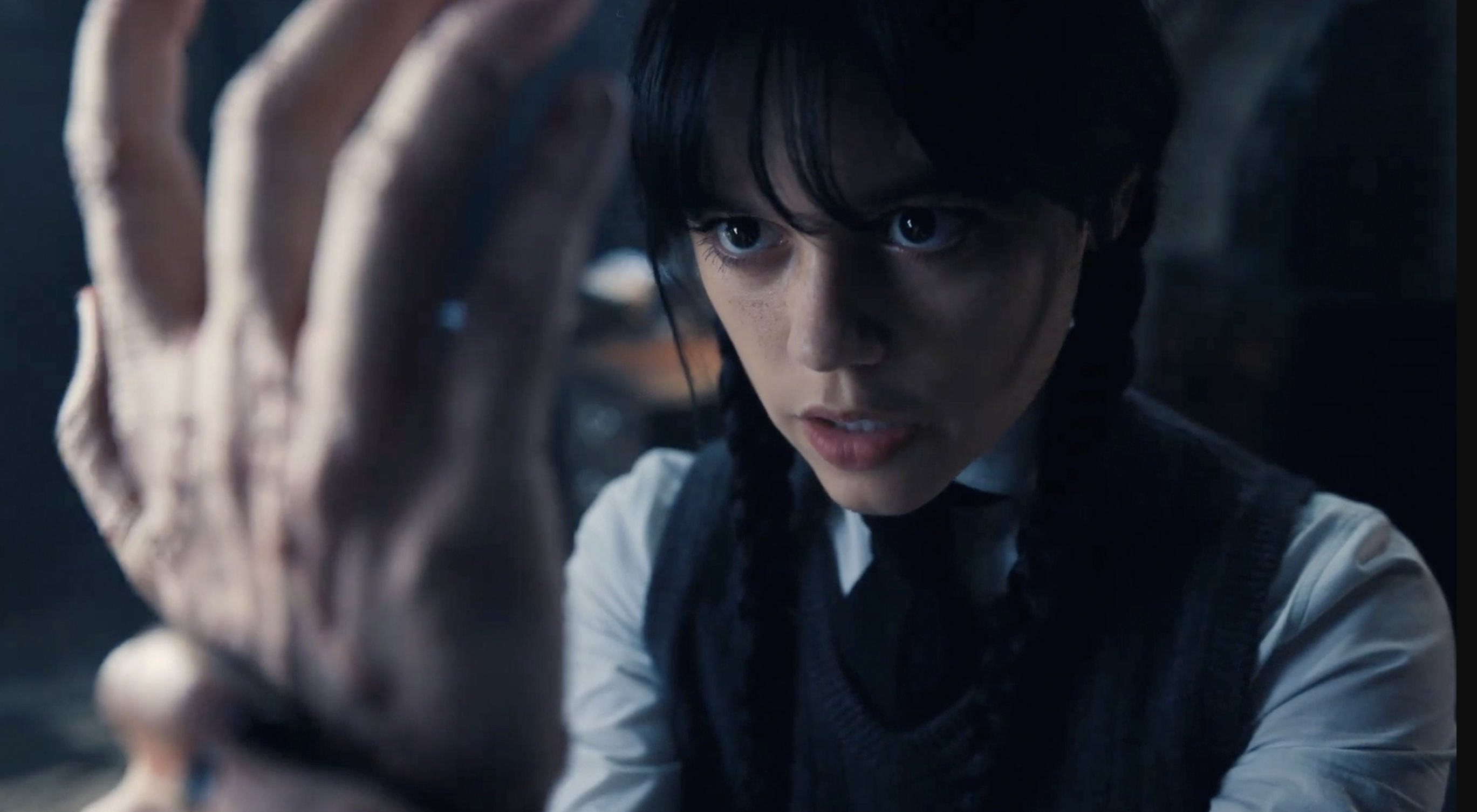 Thing and Wednesday in “Wednesday” via Netflix

1. Thing returns for the second semester.

Thing was quite the MVP this season. Sure, Thing was sent into Nevermore Academy under the pretense of watching and reporting on Wednesday, but that didn’t last for even one fraction of an episode. Thing became more than just a chatty side character that took orders. He became a dear friend and the perfect partner in crime for Wednesday. Not only that, but he came to show just how much he cared about Wednesday’s personal growth. The added personality to the appendage-character, not only added humor to the show but didn’t leave Wednesday all alone. Though nothing is certain, it’d be great if he returned for season 2. 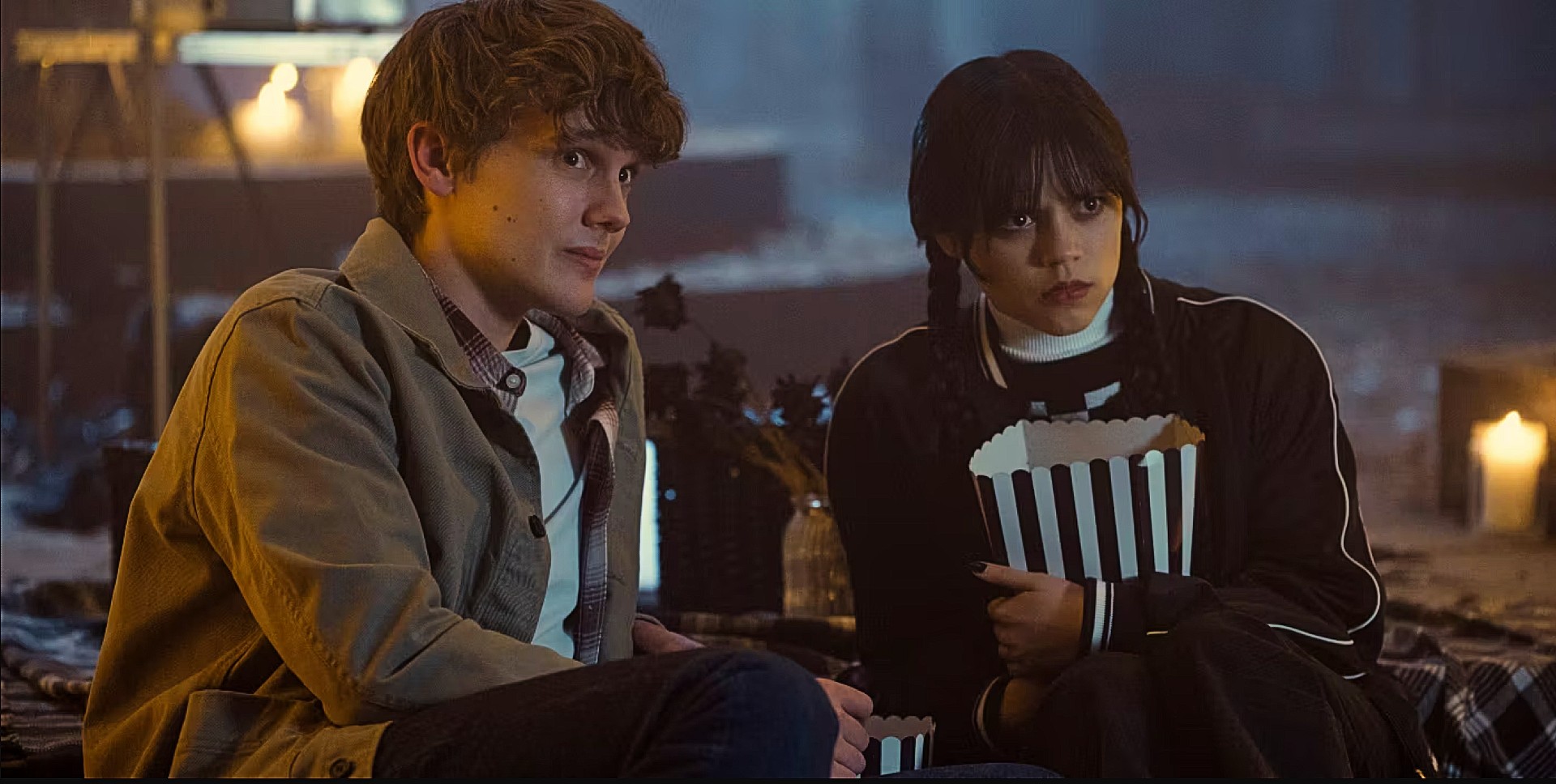 Wednesday and Tyler in “Wednesday” via Netflix

Tyler was the normie that turned monster, and honestly? We weren’t too surprised. The development between Tyler and Wednesday was the perfect blend of sweet and awkward. It was a slow burn we came to love more and more with each interaction throughout the episodes. After the big reveal that he was the Hyde, he seemed to be Wednesday’s perfect dubious match when it came to the dark and devious. She even admitted it.

Enid was the one to do Tyler in while Wednesday saved the school from the resurrected Joseph Crackstone. Luckily, Tyler survived the fight with the newly transformed wolf. 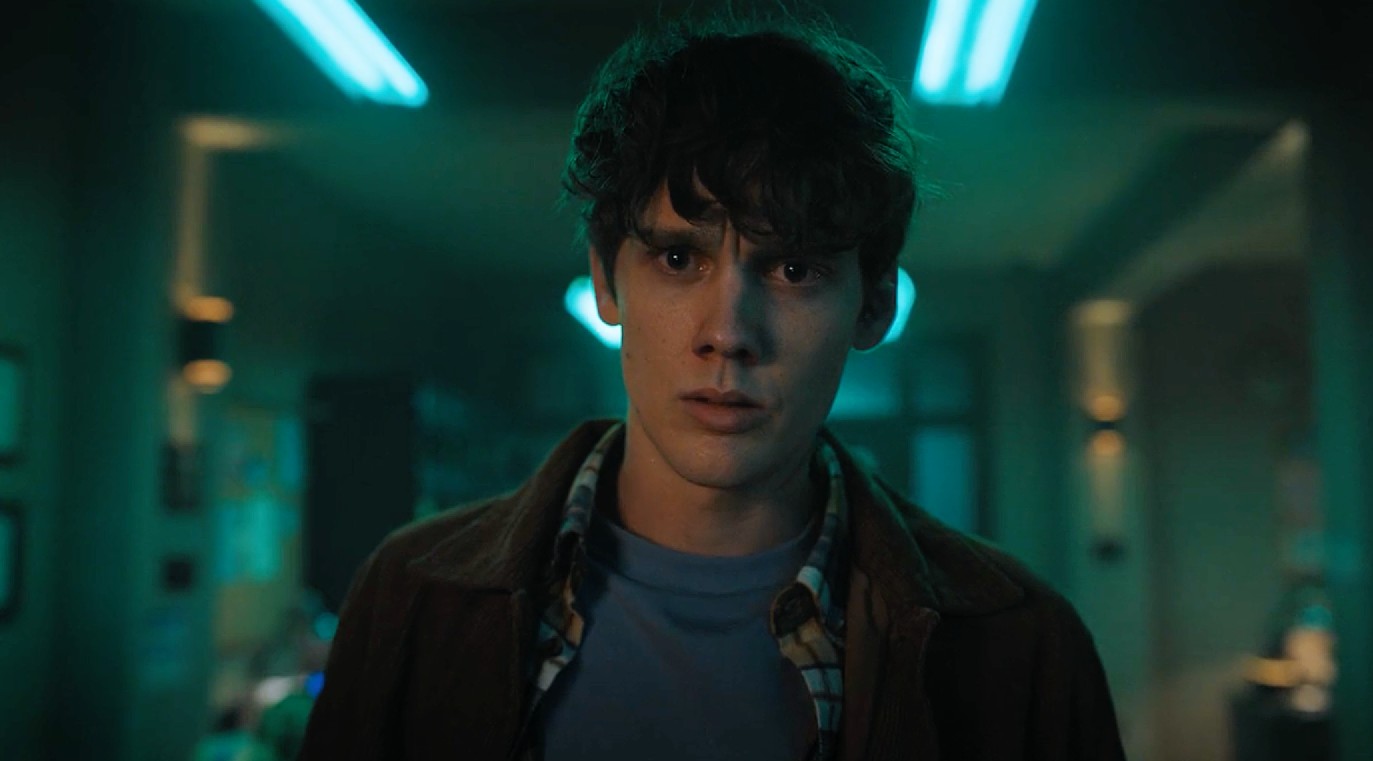 Tyler in “Wednesday” via Netflix

When it came down to it, we don’t feel like Tyler was the true monster fo the season. An outcast like those of Nevermore, definitely. He’d been manipulated and tortured into killing people and all of that trauma twisted him into believing it was something he liked doing.

Now that he’s out from under all of Marilyn’s influence he has an opportunity for redemption which he could get at Nevermore. Not only that, but he could earn a second chance with Wednesday. After all, when Rowan attacked her in episode 1, he’d saved her.

There’s potential for a turnaround for Tyler, and we’re rooting for it and him in season 2. 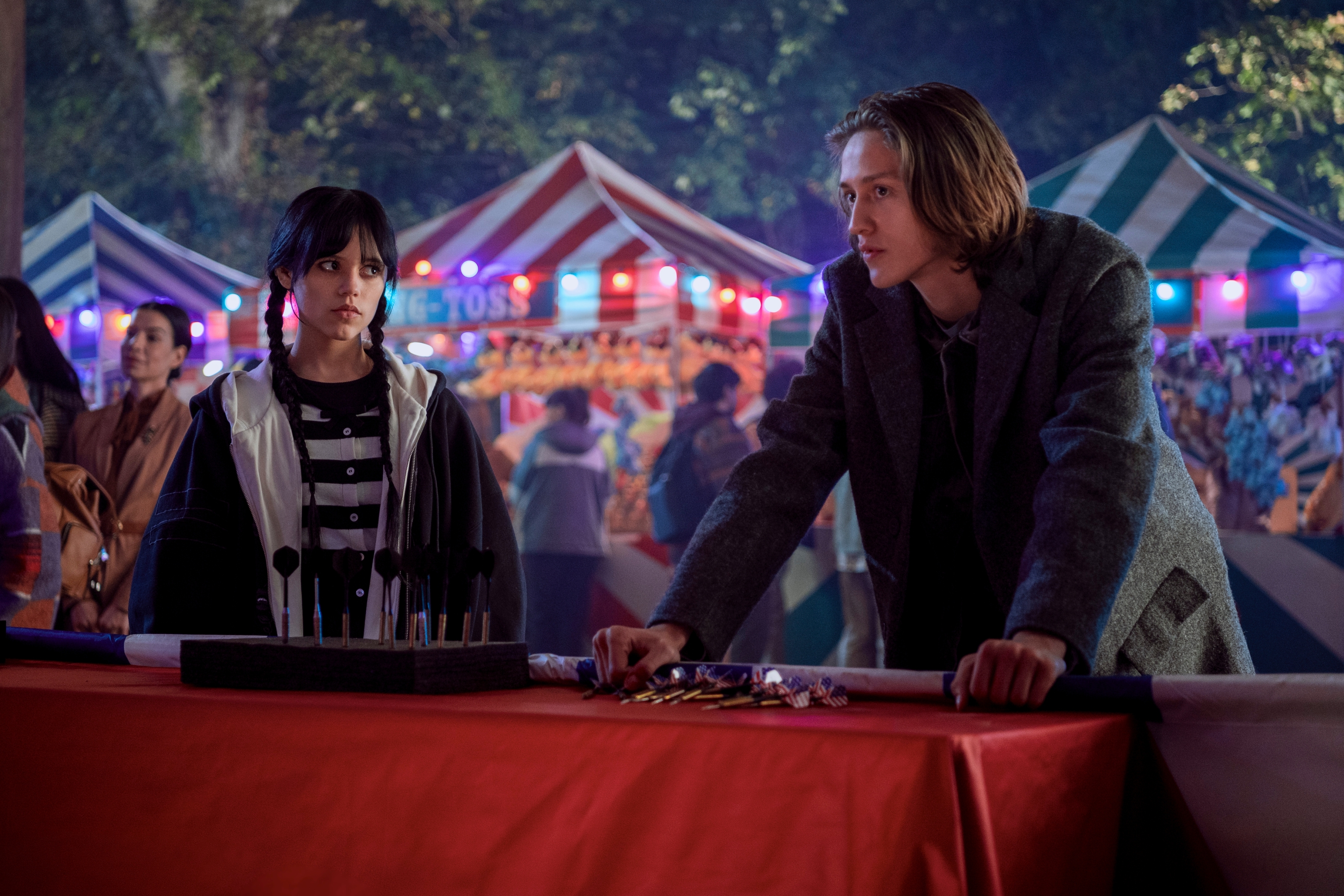 Wednesday and Xavier in “Wednesday” via Netflix

3. We learn more about Xavier’s background

Though Wednesday had him pinned as suspect #1 throughout the season, Xavier is quite the mystery. Just about all we know is that he’s a celebrity child, Bianca’s ex, and he’s the torture artist type. It’s clear that he prefers the loner crowd, but what isn’t clear is what he is and what his abilities entail. There were a mixture of possibilities that left us somewhat confused. His father was known for having dabbled with seer visions, Xavier’s art seemed to take on motion and premonition-like qualities, and he always knew when to show up when things were getting interestingly dangerous. Learning more about Xavier is a must, especially since he and Wednesday were on the verge of renewing their estranged friendship in the finale. 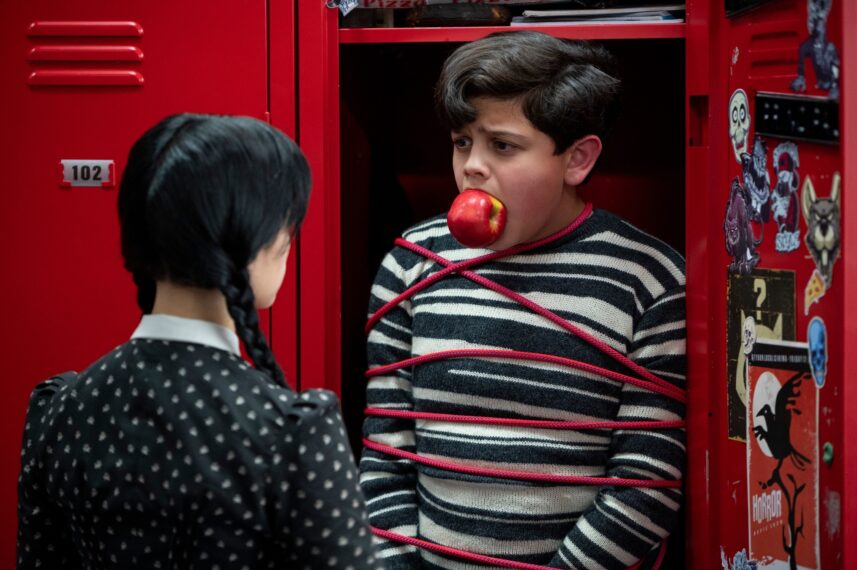 Wednesday and Pugsley in “Wednesday” via TV Insider

There were plenty of hints that Wednesday missed her brother. The moment Wednesday joined the beekeeping club and befriended Eugene was when it was most obvious. It wasn’t just about having somebody to boss around. It was that special person that could embrace and go along with her schemes without an ounce of doubt.

We haven’t forgotten that the show is titled after its main character. But, we can’t forget that their parents attended Nevermore, so it isn’t a far stretch to imagine that Pugsleycould join his sister at the school. He could even pair up with Eugene. Who knows? Maybe attending the school of outcasts will toughen him up. He did come across as a little softer than we expected in the show.

Lurch in “Wednesday” via Netflix

He’s more than a grunt or a groan. While Thing becoming Wednesday’s right-hand man was a fantastic addition to this rendition of the Addams Family, Lurch has been known as one of Wednesday’s best friends.  Give him an episode with Wednesday, like Uncle Fester. 6. We Get to Delve into Bianca’s Family Strife

During parent’s weekend we got a glimpse into the family of Nevermore’s very own Regina George. We discovered a few things. One, Bianca isn’t as Regina George as audiences were led to believe at first. Two, while we only caught a little bit of what her family is like, it was darker and cut-throat. Bianca’s mother makes Morticia look like Lorelai Gilmore.

The life Bianca had built for herself was threatened to be thrown into a tailspin if she didn’t comply with her mother’s schemes to siren innocent people and steal from them. We hope to see Wednesday and Bianca team up next season in an effort to put an end to her mother’s blackmail. Plus, Wednesday thrashing her mother with a few fish jokes would be satisfying. We are so ready for these two to have their moment.

7. We learn who is stalking Wednesday

During the second half of the season, Wednesday discovers stock photos of her that were hidden in a jewelry box. In the final minutes of the finale, Wednesday finally caved and got a cell phone. Her first message came from an unknown that revealed photos of her talking to Xavier followed up by an animated GIF of a knife slicing right through her. Our curiosity was as piqued as hers. These photos sent to her phone rivaled those she found. Could they be connected and the photos she found to be connected to something completely different? A season 2 can answer our questions! Don’t let this one slip away, Netflix.

What are you hoping for in season 2? Let’s chat in the comments below and follow us @capeandcastle on Twitter!