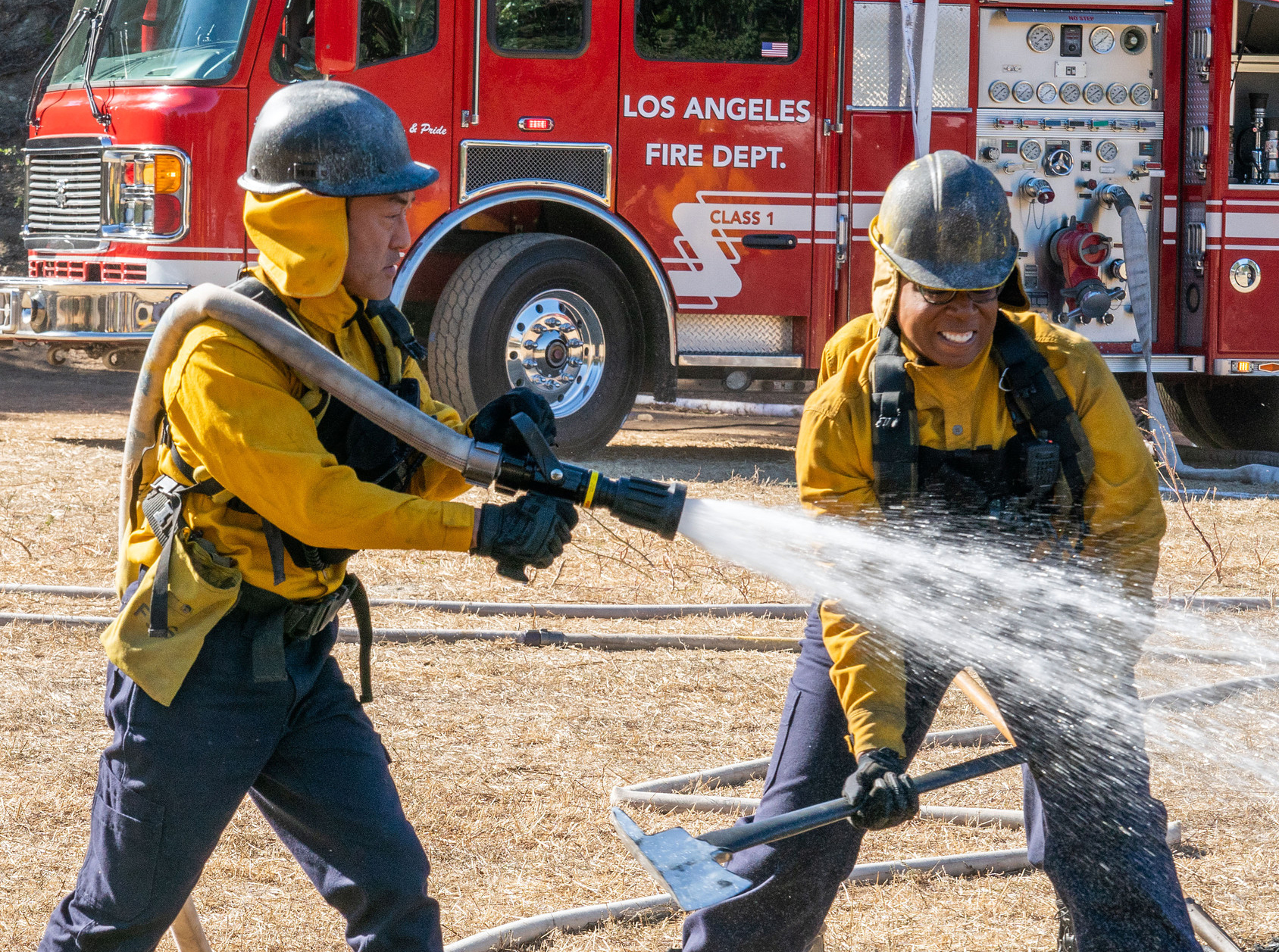 The fall finale of 911 on FOX 6×09 may not have had the excitement that we typically see before a midseason finale, but there were still plenty of things they left us with for when the show returns in the spring. Not only is Bobby in the midst of mourning a loss, but Maddie and Chimney also made a big step in their relationship, and Buck, well, we’re always worried about Buck in general. 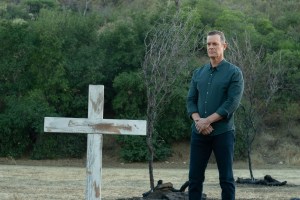 Bobby’s storyline centered on his worry over his sponsor, Wendall. This isn’t a character we’ve met before, but apparently, he has been someone Bobby can lean on over the course of his journey in rehab. He begins to worry about Wendall when the man claims he is spending time with family and later calls him sounding high.

During a call about a wildfire, Eddie discovers the charred remains of a man, with only his watch clearly visible. Bobby is horrified to realize it’s his sponsor, Wendall. Even though it looks like he relapsed, he begins to suspect something is amiss. It looked like he went to a local rehabilitation facility and some neighbors who came to inquire about the fire are associated with it.

Bobby seems to be suspicious about what happened. Did something happen to Wendall or is he just trying to find a reason for his death that does not lead to him relapsing? Either way, it looks like they are setting up a mystery for him to solve in the back half of the season. Hopefully, he turns to Athena and his team for support if he himself needs help.

Denny has questions about his biological mother

We also got to see Denny celebrate his birthday. In addition to having a great time with his moms, he asks them about his birth mom. He had seen someone who resembled him and thought it could be her.

Hen is able to find at least one photo of her and Eva, but otherwise, she doesn’t have much. Even though she tries to hide a file of information from Denny, somehow he later finds it. At one point while she is on the phone with Chimney talking through her feelings, she admits that she is not ready to share him with anyone else.

Denny does tell Karen and Hen that he already has two moms and doesn’t need another one. But then he ends up seeking out his biological father without them knowing. This could lead to some interesting interactions in 6B and we’re nervous for everyone involved.

Maddie and Chimney also have some new developments as well. While Maddie is busy teasing Josh about always calling off work during the Santa Ana winds, Chimney comes upon a house during a call called the “Murder House.” Even though it has a sordid history that is unclear, he is interested in buying it.

However, Maddie is not thrilled with the idea of buying a house where a murder supposedly took place. But Chimney did his due diligence and found the owner. It turned out that the real story was that a father was driving home with his three daughters when a car bumped into them and they went off the road due to heavy rain. All four of them died and the mom, who had been home, fled from the home due to painful memories.

Despite all of this, she held onto the house until her death just the previous year. Her nephew was reluctant to put the house on sale due to the lore around it. Basically, the house was just a victim of tragic circumstances and Chimney could see it being brought back to life.

Considering how Chimney and Maddie both came together and made a family despite their backgrounds, this is the perfect home for them to build together. This is such an exciting moment and it looks like their own family might grow eventually considering the extra rooms!

Buck’s storyline progresses and one person is not happy

Speaking of growing families, it looks like Buck’s sperm donor storyline is also continuing. Apparently, the donation he made was successful and Connor and Kameron are expecting a baby. Even though Hen had reminded him he was a donor, not a dad, Buck’s words show that he hasn’t necessarily figured that out yet.

During a four-way call with Hen, Chimney, and Eddie, we can see their various reactions. Before they can ask how Buck feels, Eddie makes the excuse that he has to get some sleep before Christopher wakes up and ends the call. As Buck’s best friend, you’d expect Eddie to have some feelings. But there are strong hints that he is not at all happy about this. He knows Buck better than almost anyone and likely knows this was a bad idea.

But he also cares about Buck and doesn’t want to push him. He likely has a lot of feelings he is not talking about. And hanging up while Hen and Chimney check on Buck just shows that he isn’t ready to reveal what he truly thinks.

Chimney and Hen both are concerned for Buck. They likely know he isn’t as fine as he says he is, but they don’t push. They just try to be there for him and talk him through his feelings. He might say he is happy for his friends, but does he know what he’s getting into?

We’re not entirely sure how this storyline is supposed to impact Buck’s personal journey. Hopefully, there will be something good that comes out of this because it can only end in heartache if Buck ends up investing himself in something he is not allowed to be a part of.

Eddie was really one of the few characters in the episode living his best life. Well, if you count him playing video games in the middle of the night while his son slept. Falling asleep on the couch was probably not what he had in mind, but hopefully, he found it more comfortable than Buck did when he slept on it in season 4.

With that, we’re on a hiatus until March! We’re already missing the 118 and look forward to having them back. Make sure to catch up on our previous recaps of 911 on FOX.

Let us know in the comments your thoughts on 911 on FOX 6×09. Find us on social media for more content.