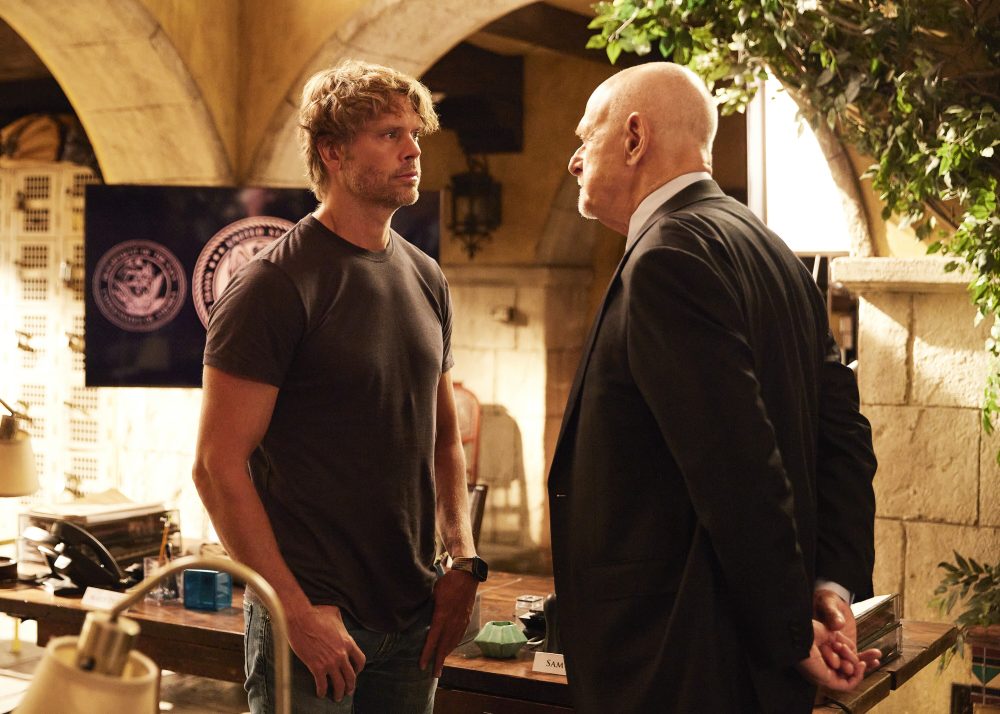 NCIS: Los Angeles was down a member again, giving actress Daniela Ruah a turn at being absent. With Kensi away at Quantico, Deeks is on his own with Rosa. Unfortunately, when she comes down with the flu and he has to go to work, he finds himself torn in two. He wants to stay home but luckily, mama Deeks is on the case. How did things fair on NCISLA 14×07? 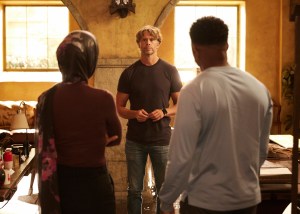 “Survival of the Fittest” focused on the case of Private First Class Edward Hanson, who had a seizure after a training session. It appears that the adenovirus was in his system, but there also appeared to be a CRISPR cell that was genetically modifying his cells. The team is tasked with figuring out who made him sick and what happened.

They discover through the investigation that Hanson and his roommate, PFC James Williams, had received gene therapy in order to grow their muscular cells. However, something went wrong with Hanson and Williams went to their supplier, Xander Yost.

Unfortunately, Yost is found dead and it looks like someone had killed him and taken all of his products. After they receive information about a bio lab that might be connected, Fatima goes undercover to infiltrate it and find out if Xander’s personal assistant worked there.

Despite a rough beginning with someone who was able to tell she had a wire, Fatima is able to gain the trust of a girl named, Lisa. She is currently preparing to send their own insulin-based products to customers.

After the team finds the assistant’s name, Nicholas Embry, they learn more about him. He is apparently going after people who have genetic defects, although they are not sure who his specific target is. It turns out he had Diabetes like Lisa and felt that it made him inferior. He wants to hurt others with the Insulin that Lisa is currently delivering.

The team works hard together to solve the case 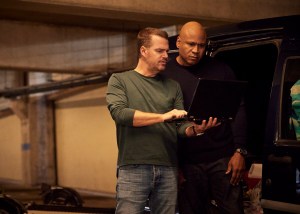 Luckily, Sam and Callen make it in time to stop him and Lisa even saves herself thanks to the magnets she has in her hand.

During the case, Deeks got a scolding from Kilbride for being late. Even though Kilbride had his feelings about making sure his agents weren’t late, he was pretty tough on Deeks when he was trying to deal with first-time fatherhood. Especially with his daughter being sick. Fatima spoke up on his behalf, which was sweet of her to do. As Deeks said, she didn’t have to. But it shows what a good friend she is.

Even though Kilbride was hard on Deeks, he gave him some advice. He spoke about the feeling he’d be able to find the balance between being a parent and working. While we’re still side-eyeing his attitude, it was nice to see Deeks get support at home from his mom. He was stressed out and exhausted, and found time to thank her for all she did.

Deeks may have ended up likely contracting Rosa’s flu, but it was wonderful to see him taking on a fatherly role. He loves Rosa already and just wants to be there for her. But luckily, he had his mom by his side to help.

We’re already looking forward to the next episode. Let us know your thoughts on NCISLA 14×07, “Survival Of The Fittest.”