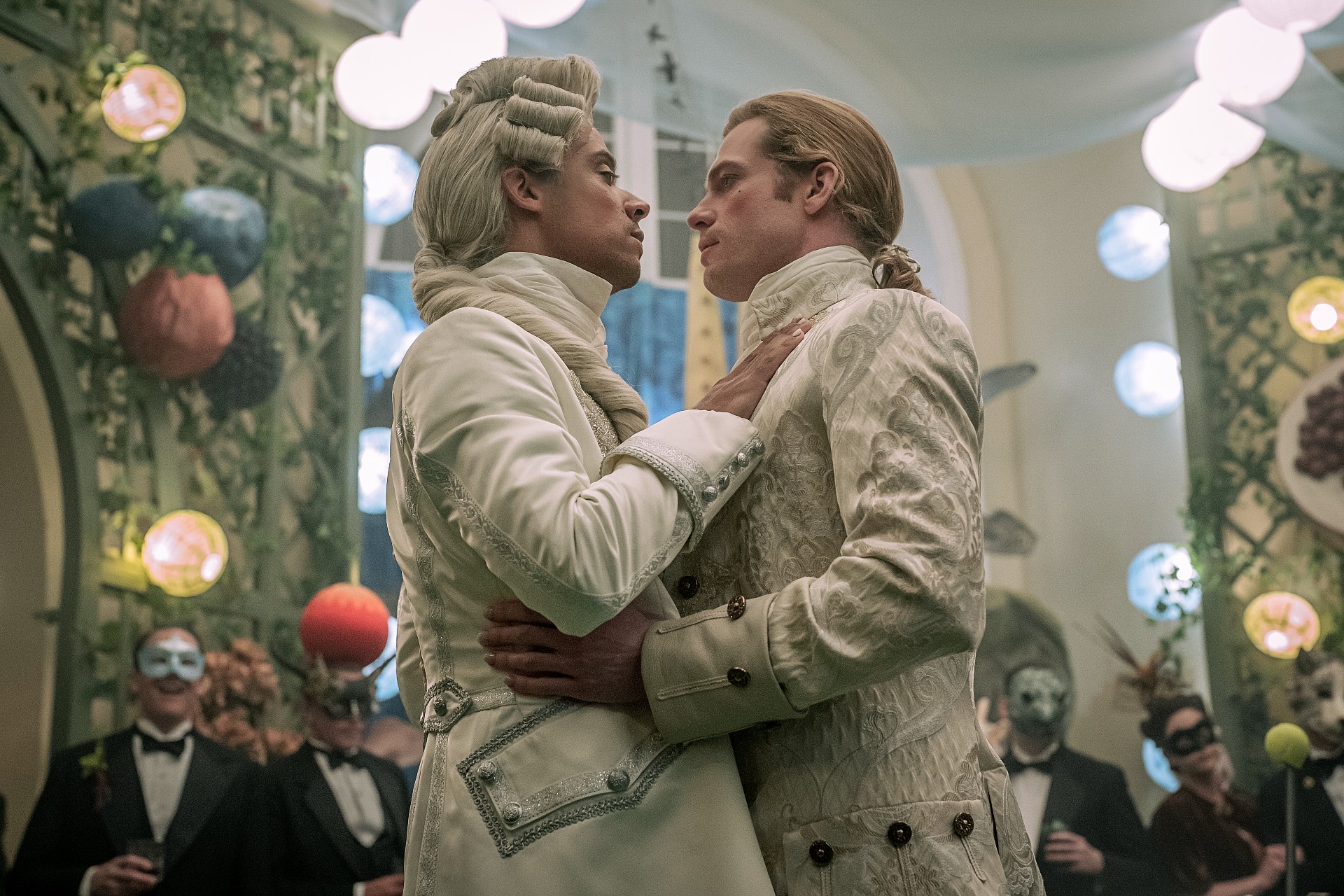 The finale of IWTV shook the fandom with its glamour, gore, and gut-wrenching twists. Last week (review here), Claudia vowed to kill Lestat. This week, she meant to make good on her word, regardless of Louis dancing on the wire about it. Meanwhile, Daniel crossed a deadly line with Louis in the present and a new vampire revealed himself. Take a scroll to check out the latest review on the dreamy if not vampire tale. 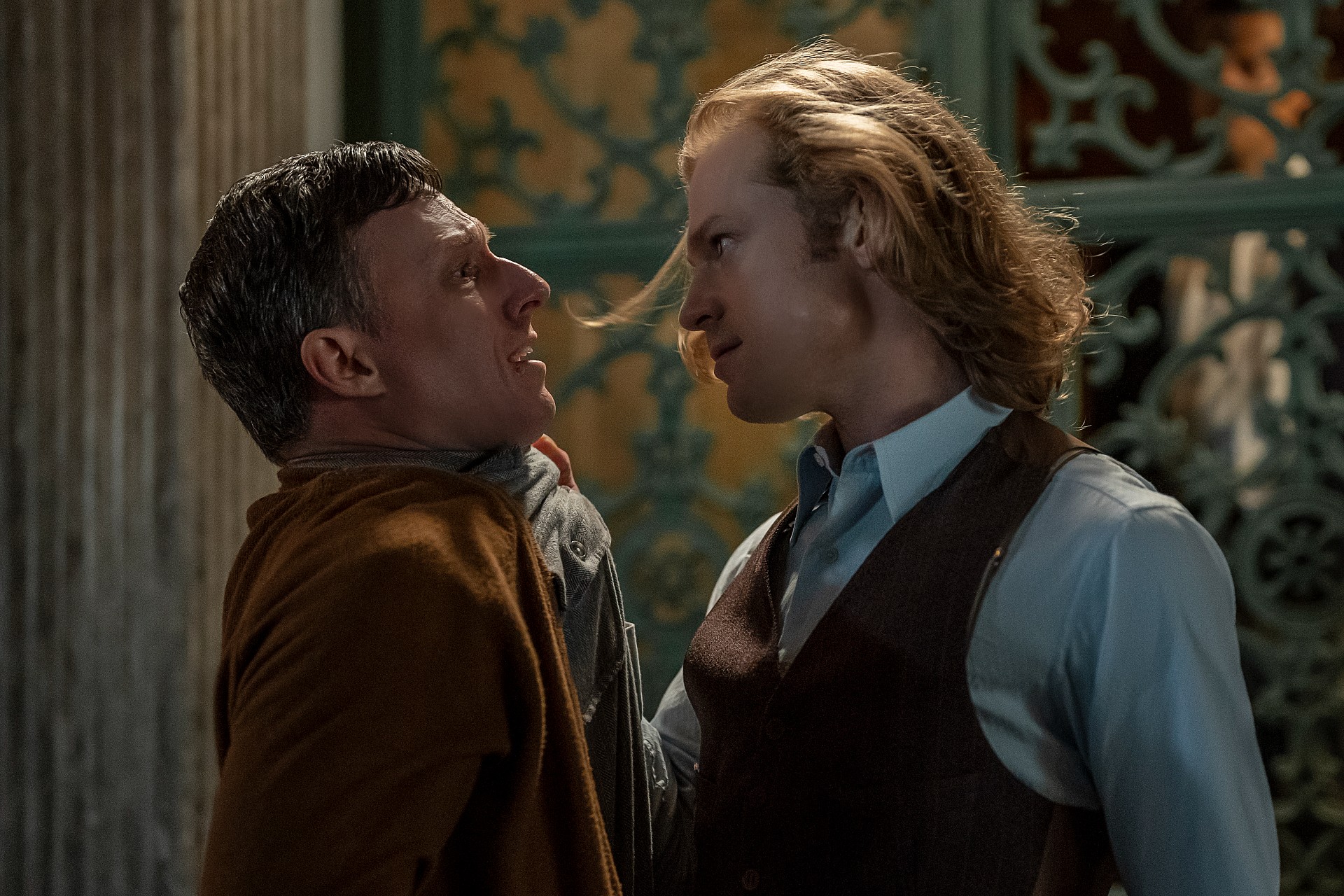 It is possible. In fact, the next part of the interview: Lestat’s (Sam Reid) end, would showcase just that. The vampire would meet mortality in a range of ways. Not only in his joy of human culture, but in the throes of death as well.

His dark doings continued and grew until he’d taken control of the household with a bloody death grip once more and the change he promised was nothing but a pretty lie.

Claudia (Bailey Bass) still had every intention to kill Lestat. After watching Lestat kill an innocent man only seeking to be saved from his cancer, Louis was on board as well. The brutality and lack of humanity in the action were horrifying. Still, I’m impressed at the different sides of vampires shown in this show. The diversity of the show is so incredibly layered. Each episode has peeled back layer after layer. 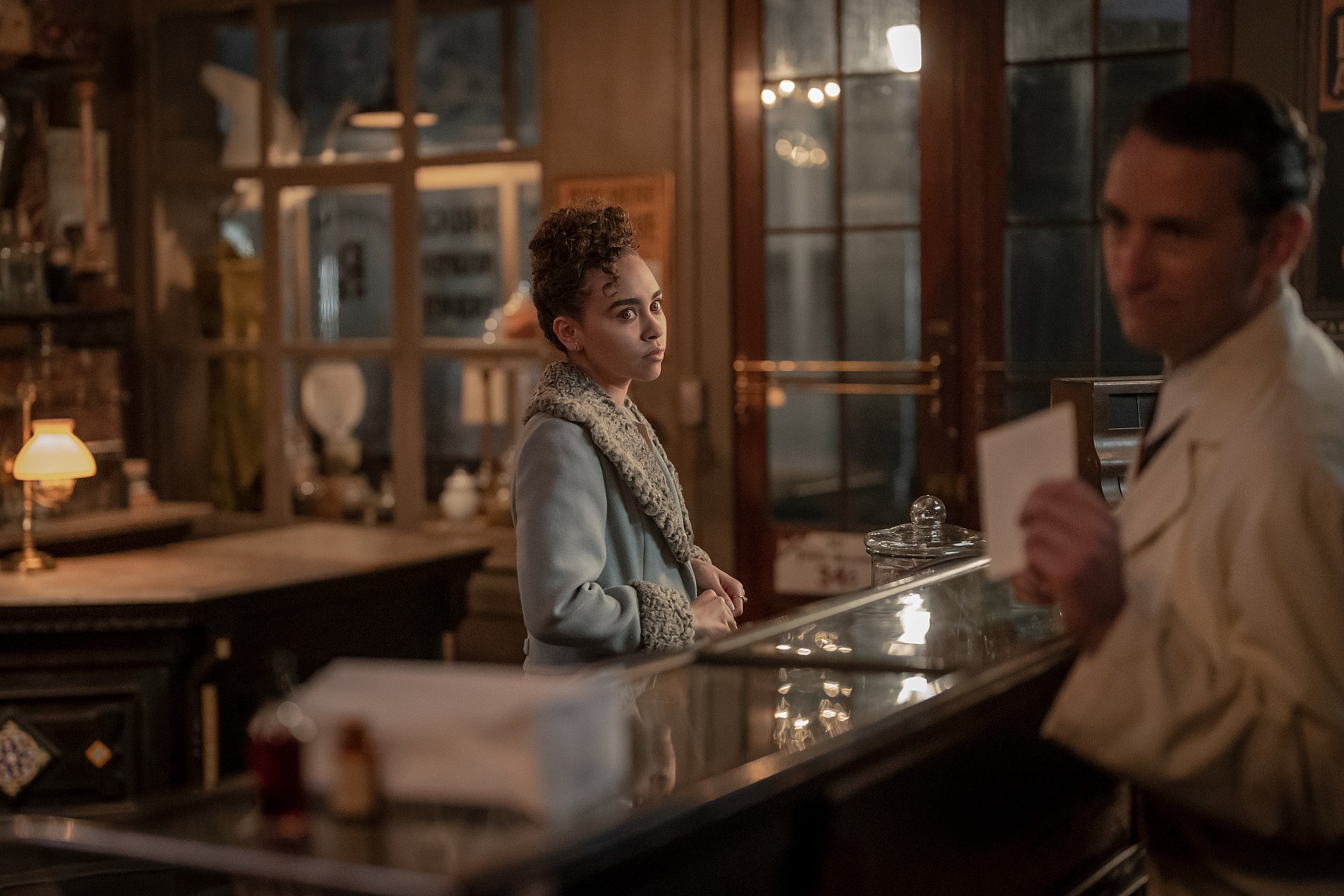 Claudia planned to throw a Mardi Gras Ball that even enticed Lestat. It was to be bigger than any party around. Big enough that the three of them could leave town and start fresh. With the three of them getting continuously targeted, it was a clever idea. It wouldn’t be long before the bibles and voodoo objects turned into torches and pitchforks. Lestat didn’t want to use it to escape but to stage the perfect feeding massacre instead.

Louis and Claudia had planned to initiate their plan to free themselves from Lestat. While Lestat was enamored by the feeding frenzy they’d be in that night, Claudia had picked up good ol’fashioned arsenic to give to a special guest that Lestat would feed off of. While poisoned, she and Louis would be able to finish him off.

To divert suspicion even more, Claudia and Louis even managed to get him crowned the king of Mardi Gras. Of course, it was at the cost of being belittled by Tom, a well-known man in the city who, years ago, looked to Louis and Lestat for political support. That was one man I was hoping would meet a special, gory end. He’s never been shy about pointing out Lestat and Louis never growing old with a side of racism and homophobia.

The crowning event was spectacular. Lestat shook the entire town as he mocked the rumors and shuns New Orleans has showered him in. Dressed in a remarkable Marie Antoinette costume, Lestat let his inhibitions go and embellished in the famous saying, ‘Let them eat cake”. He went so far as to feed from a mannequin infant, relishing in the crowd’s horror.

A Feast to Remember

The Mardi Gras Ball itself was an event to remember for many different reasons. From the illustrious masks to grand debauchery, it was quite the hunting ground. Louis and Claudia spent their time mingling and giving some guests special boutonnieres. Lestat swam and drank in all of the attention on him as if drinking from a cask of wine. It was the perfect distraction for Claudia’s plan. 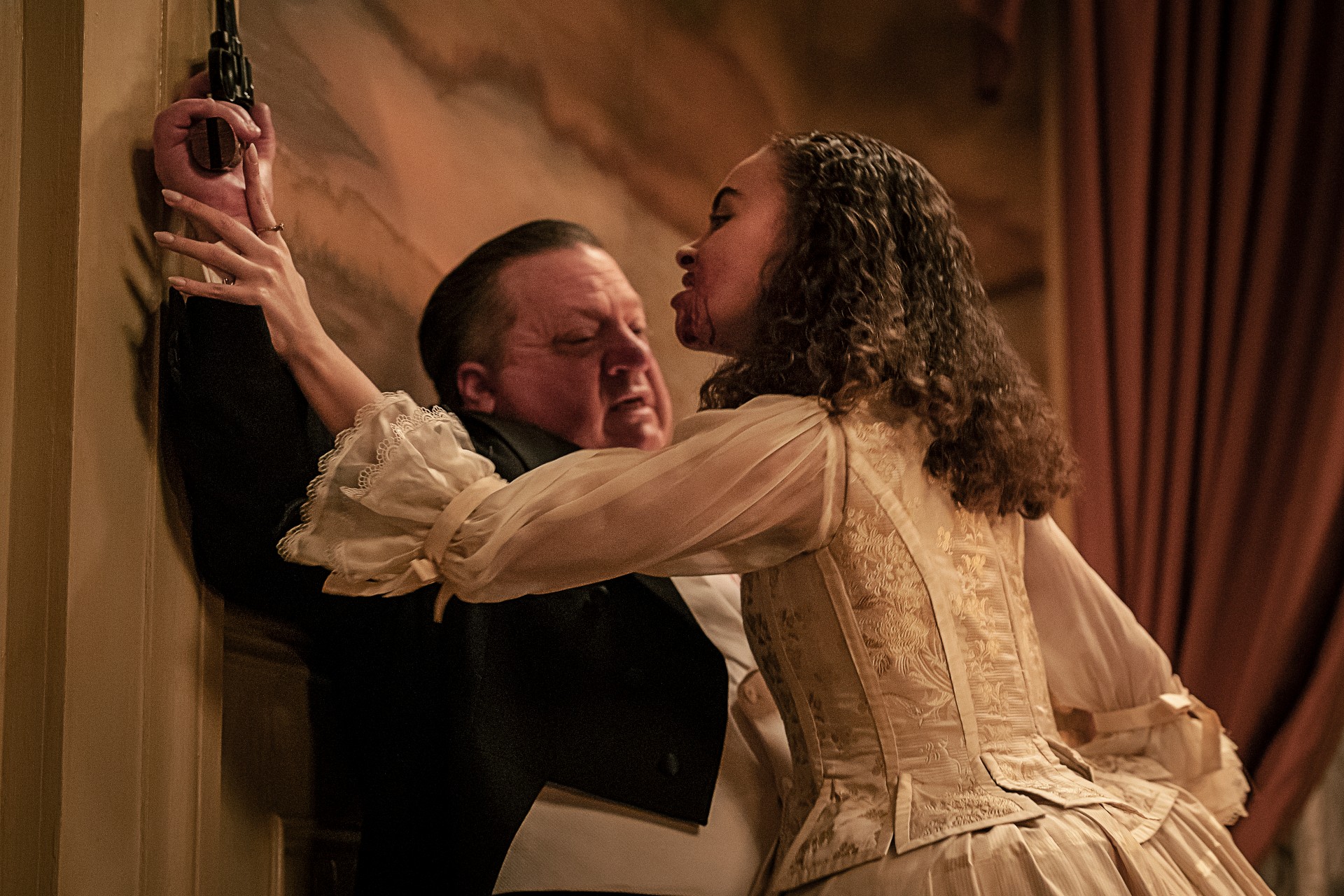 Those given the boutonnieres were taken to a private feast that ended in quite a gory fashion. Guests were teased with the idea of immortality and then ripped apart like a game of cat and mouse. I squealed with morbid glee that Tom was in this group. Louis and Claudia were careful to leave the one special victim that Claudia had poisoned, for Lestat. The ploy was quite a genius one. They came across as so incredibly innocent and giving. 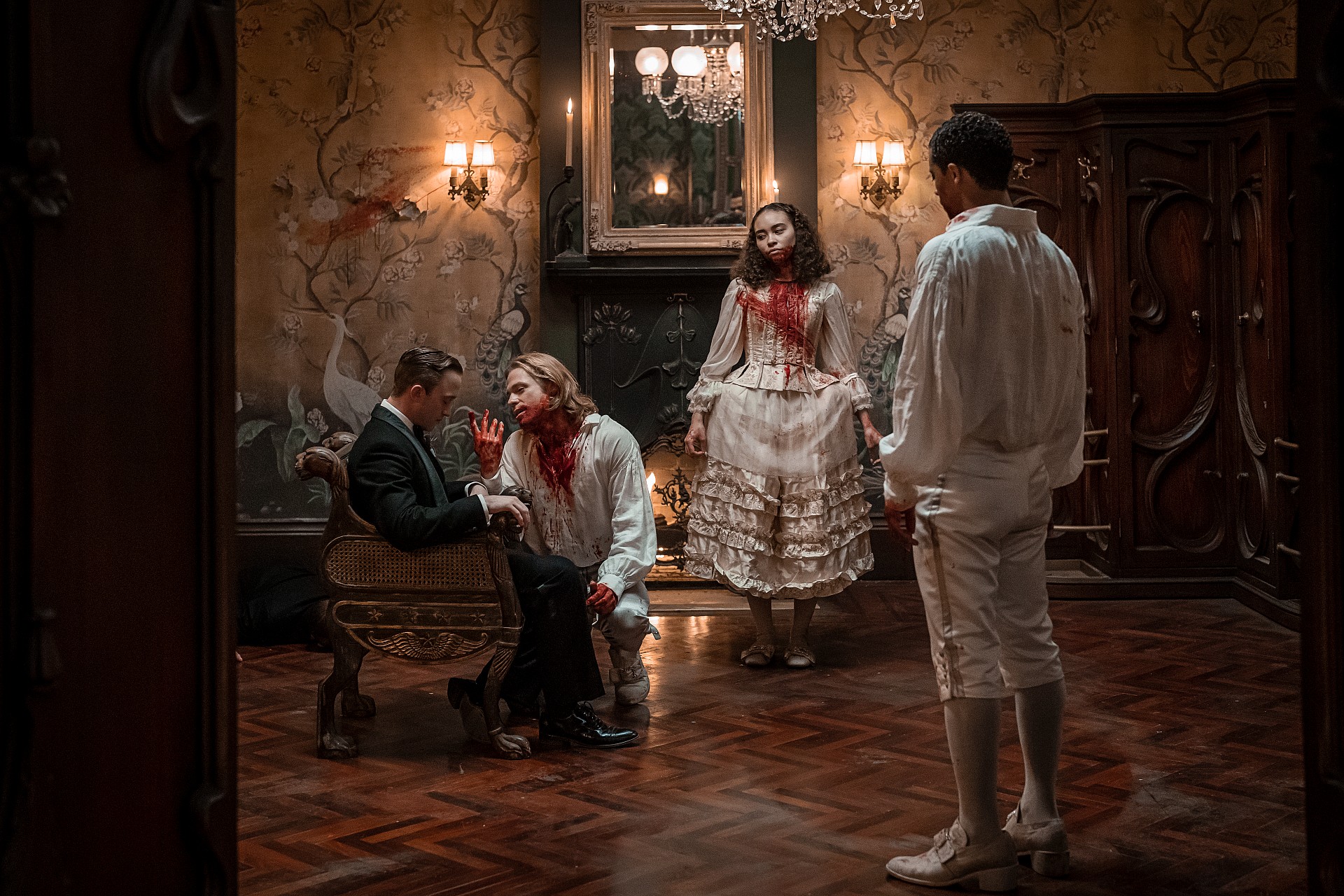 Yet, their plan came apart when Antionette joined the party. The telepathic voice Louis had heard throughout the party was revealed to be her. Lestat had finally turned her into a vampire. She’d been following these two since the night Claudia caught the train out of the city. She did mention wanting to go to Hollywood to be an actress a little while back. This was her big break!

But, Claudia is nothing if not prepared with a backup plan. She knew Lestat’s lover had been following her and Louis. She expected it. That’s why she had poisoned two of the guests, not just one. This twist double-twist was phenomenal. She used Lestat’s ego against him by poisoning Tom. Her added mocking was the cherry on top.

Antoinette really did die this time and by Claudia’s hand with a side of savagery that was all too satisfying. Her shadow would no longer haunt Louis.

Louis took Lestat’s life and though it was bloody, it was tragically poetic. Almost Shakespearian. Even when Claudia used his blood to write his “last words” in her journal.

We all know that Lestat is quite the focal point of The Vampire Chronicles. While this was quite a display, this won’t be the last time we see Lestat. However, tossing him into a trunk and sticking him out with the trash was quite the f*** you. 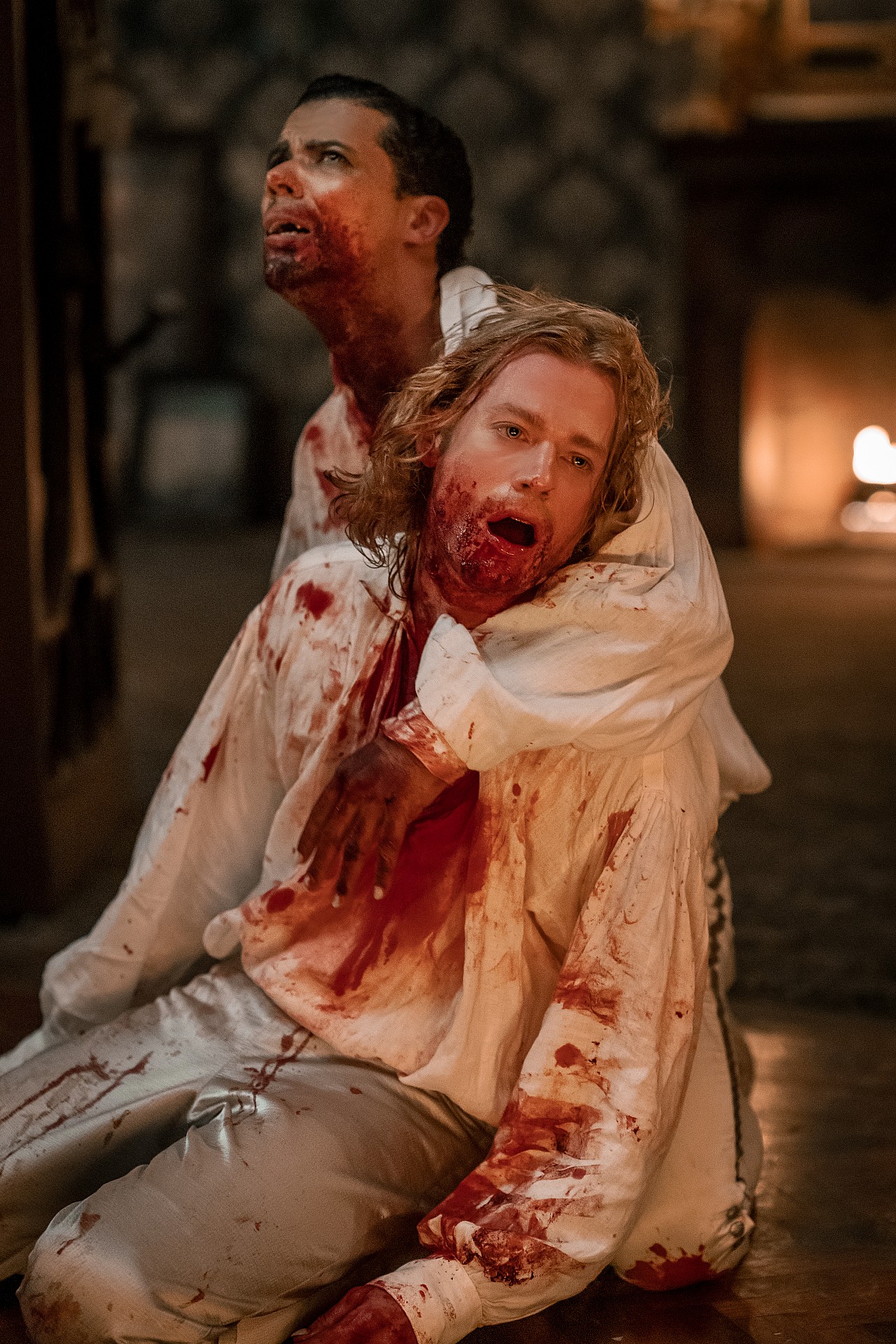 An Act of Mercy

Lestat’s demise was a pretty significant end, to a huge part of Louis’s unlife. That is, except when Daniel pointed out the pages taken from Claudia’s journal once more.

Louis was caught hiding important details once again. He struggled to admit it and only did so under Daniel’s scrutiny. I love Daniel’s scrutiny. It’s what has brought out some of the juiciest parts of Louis’s tale, and I commend and applaud it. He doesn’t settle for tidbits. He wants the whole story.

Louis couldn’t kill Lestat. Instead, he offered him a mercy by putting him out with the trash. Where then the trash went to the dump and Lestat stood a chance of survival by feeding off of the rats that lived and thrived out there.

This was a moment to reclaim freedom and Louis was unable to let go. There were many reasons why, but none seemed logical. Then again, letting go of the first love is never an easy feat.

Still, I do look forward to Lestat’s rockstar era at which point he’ll maybe have changed. 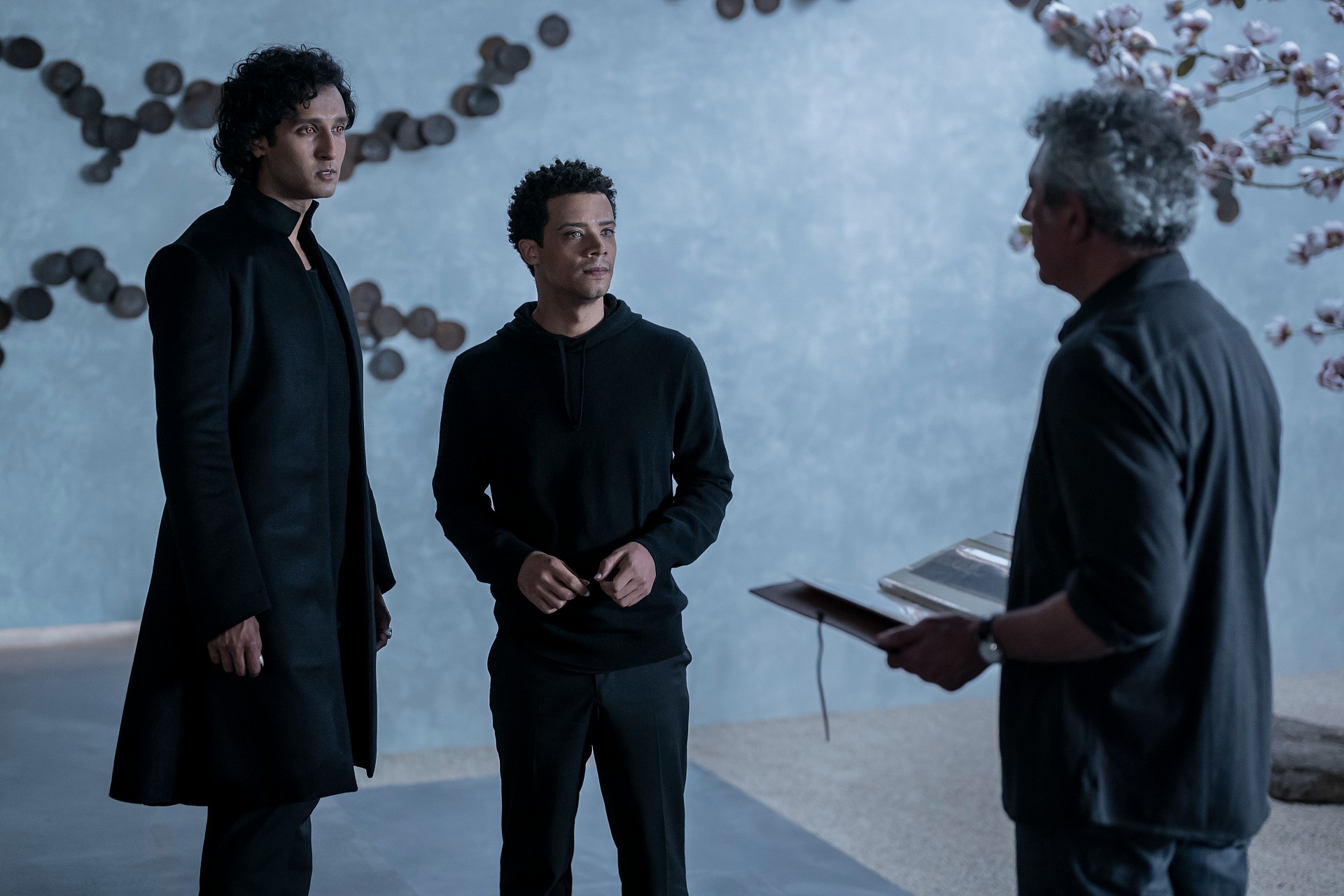 Daniel was distracted throughout most of the episode. He was still thinking about his dream that had him wondering: Who is Rashid?

The answer came swiftly after Daniel berated Louis about having chosen Lestat time and again over Claudia. He made a valid point that she had every right to have been angry at him for it. Though Louis struggled to hear the words, Daniel didn’t let up. I was feeling pretty revved up as well and siding with Daniel.

All of that came to a startling halt when Rashid began to levitate a few feet away. Coming to Louis’s aid with a chilling calm, he reminded Daniel of memories he no longer had because he had taken them for his own good, such as the ones from his first meeting with Louis in San Francisco. He also shared that when a vampire reaches a certain age, the sun is less of an annoyance, which is nice.

He revealed himself to be the vampire, Armand. Louis professed his love for him. What a spectacular way to reveal the character. This introduction concluded the season or as the end title puts it- Part 1, confirming there would be more to come. Hopefully, that means more to Armand!

Still, is Armand as deadly and sinister as Lestat when it comes to keeping things he likes? What happened to Claudia? There are still quite a few questions that left me hanging. I can’t wait for the next part of the series. This has been delicious, dark, and tantalizing.

What did you think of the finale? Let’s chat in the comments below and don’t forget to follow us @capeandcastle on Twitter! 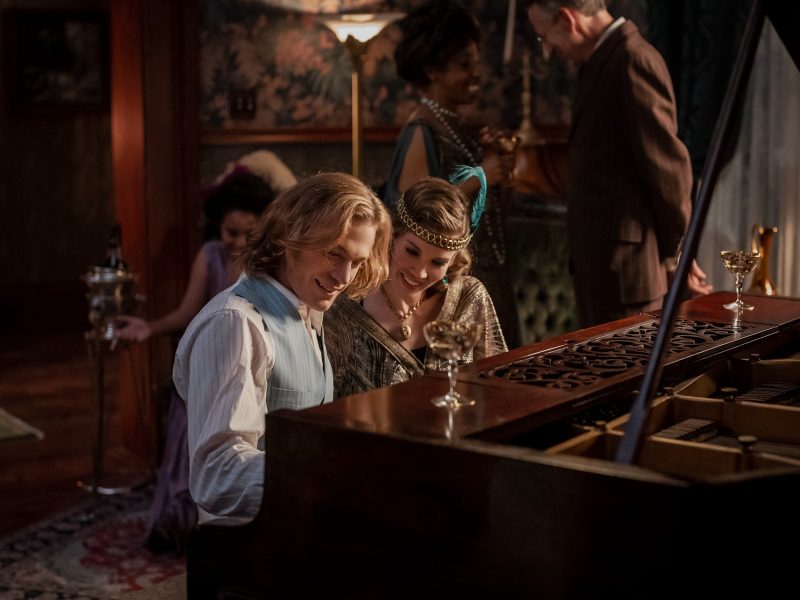 ‘Interview With the Vampire’ 1×03 Review: “Is My Very Nature That of the Devil”