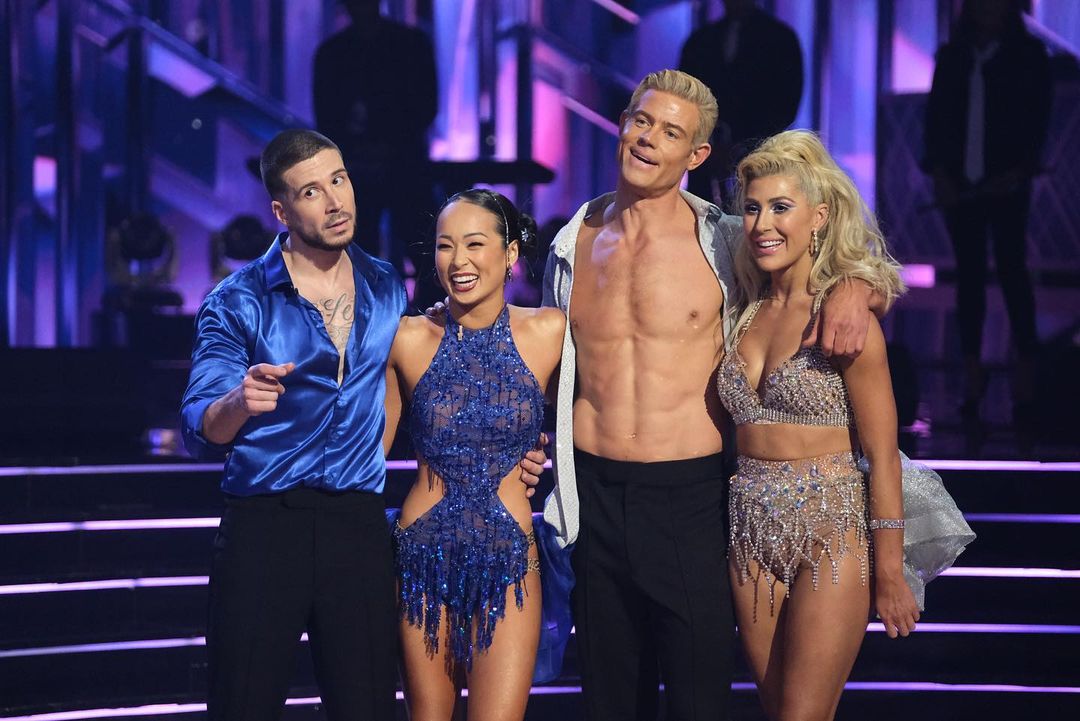 DWTS Season 31 Week 8 was heating up as the coupes vied for the spot to make it to the semi-finals. Along with their individual dances, they also performed in a dance relay along with one other couple to earn five extra bonus points that would be added to their score. In addition, we got to listen to popular artists from the time. This includes Vanilla Ice, Kid N’ Play, En Vogue, and Salt-N-Pepa. Let’s go over what happened in our recap. 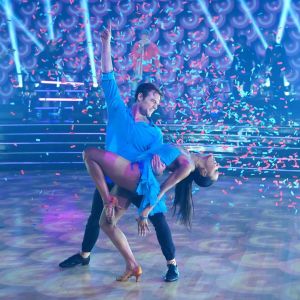 In addition to the performances, the hosts also paid tribute to Aaron Carter. The singer passed away two days before the episode aired and he had been on Season 9 of DWTS. His brother, Backstreet Boys band member Nick Carter, also competed on the show.

The competition is heating up on DWTS Season 31 Week 8.

The relays paired up the eight couples to perform dances against one another for extra points. For the Samba relay between Trevor and Emma, and Vinny and Koko, they performed to “My Lovin’ (You’re Never Gonna Get It) by En Vogue. Trevor won five extra points to his score.

Heidi and Artem, and Wayne and Witney, performed their Samba relay to “Shoop” by Salt-N-Pepa. Wayne got five extra points.

The final relay was the Salsa between Charli and Mark, and Gabby and Val. They performed their routine to the song “Ain’t Gonna Hurt Nobody” by Kid ‘n Play. Charli got the five points.

Of course, then it was time for the dreaded double elimination. After finding out who would make it to the semi-finals, the three couples left standing were Trevor and Emma, Heidi and Artem, and Vinny and Koko.

Time for a double elimination 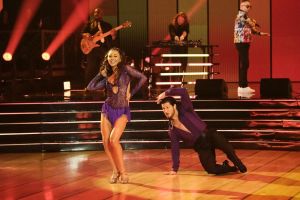 The first couple to be eliminated were Heidi and Artem. Then the judges had to choose between Trevor and Vinny. In the end, Vinny was eliminated as all of the judges voted to save Trevor and Emma.

We’re looking forward to the semi-finals, especially since this only means the voting choices are going to be tougher! Let us know in the comments who you think will make it to the finals.

Check out the scores below to see how everyone did for DTWS Week 8.

Trevor and Emma danced the Salsa to “Barbie Girl” by Aqua. Their score was 34/40 with an extra five added for their relay.

Shangela and Gleb had the Samba and performed it to “Spice Up Your Life” by the Spice Girls. They had a score of 37/40 with five bonus points for their relay.

Wayne and Witney performed the Salsa to “Motownphilly” by Boyz II Men. They received 40/40 with an extra five tacked on for their relay.

The scores on DWTS helped move couples to the semifinals

Daniel and Britt danced the Jazz to “Enjoy the Silence” by Depeche Mode. They did an amazing job and earned 39/40.

Heidi and Artem did a Contemporary to “Ironic” by Alanis Morissette. Their score was 35/40.

Gabby and Val also danced the Samba to “Livin’ La Vida Loca” by Ricky Martin. They also received a perfect 40/40.

Vinny and Koko performed the Tango to “What Is Love” by Haddaway. They had the lowest score with 29/40.

Charli and Mark danced the Tango to “Song 2” by Blur. They received a perfect 40/40 and won five extra points for their relay.