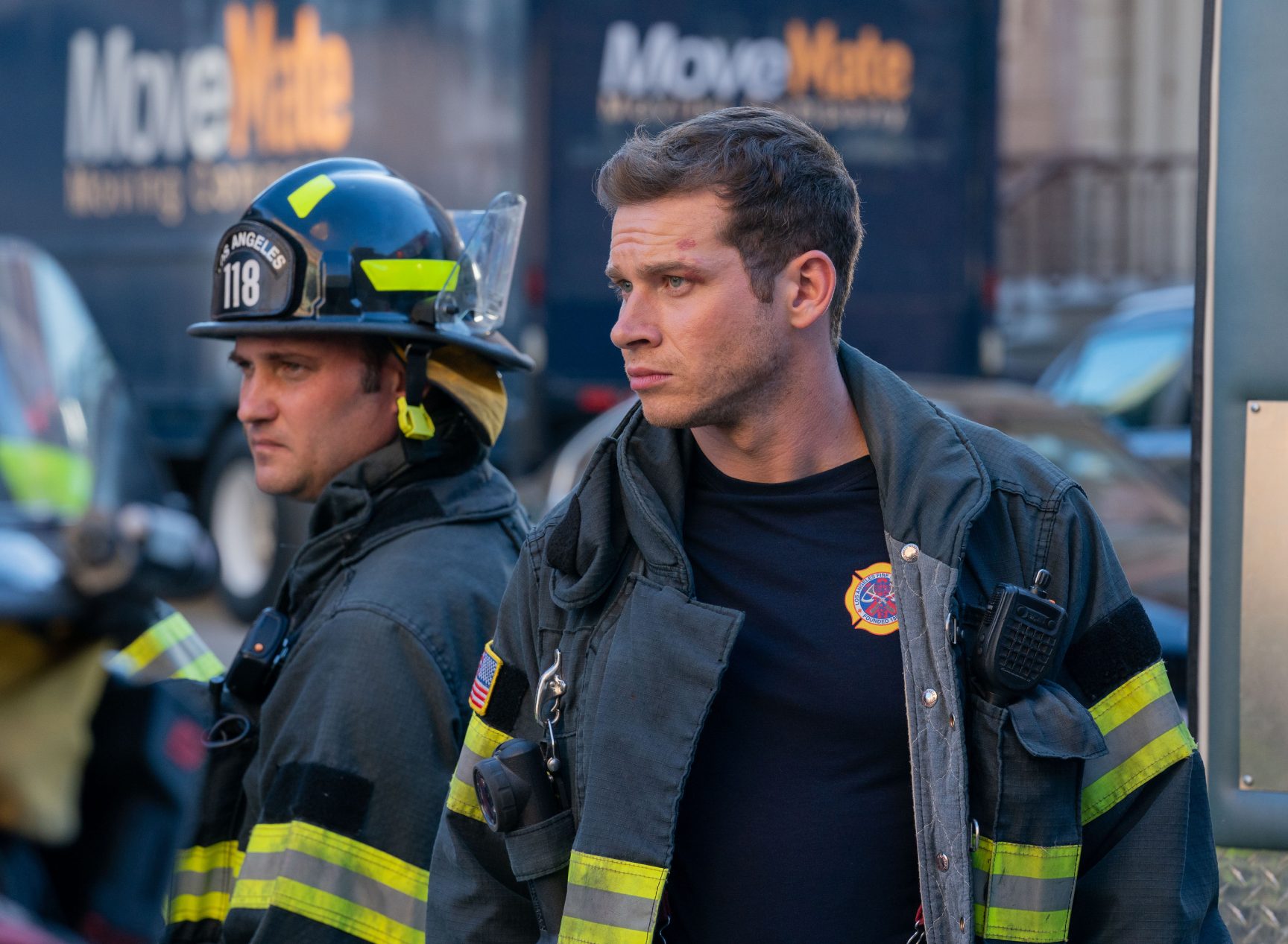 The 118 is on the case when an actress finds herself plagued by emergency events that lead her to believe she’s cursed. Plus, Buck is still in the midst of trying to donate his goods for his ex-roommate, which he has been keeping from everyone but Hen. Do they find out eventually? Let’s go over what happened in 911 on FOX 6×07 “Cursed.” 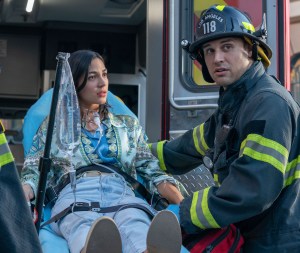 Felisa Valdez is an actress who recently acquired a snake bracelet said to be retrieved from the ruins of Pompeii. But as soon as she opens the package, a freak accident involving a chandelier brings the 118 to her door.

Eddie and Chim immediately recognize her, but they both have different feelings when she feels like the bracelet cursed her. Chimney believes it’s possible while Eddie is adamant curses aren’t real.

Unfortunately, as Felisa suffers more medical emergencies, they begin to wonder if it is possible. Especially when her bracelet ends up in the back of their ambulance. Eddie thinks it’s possible her assistant, Alexis, is involved. With Athena’s help, they uncover that her assistant had only paid $11,000 for the bracelet despite telling Felisa it was $20,000.

We also find out Eddie is wary of scams like curses because of his Abuela. After her husband passed away, a grifter convinced her she could communicate with him from beyond. But all she did was take Abuela’s finances. If we could protect Abuela from the world like Eddie clearly wants to, then we would in a heartbeat.

What is actually happening to Felisa? 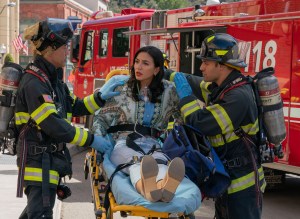 When Felisa’s assistant ends up hurt after they both visit a crystal shop, they find evidence that a mysterious man is involved. Despite Athena and Eddie’s warning, Felisa doesn’t believe them until someone follows her after she retrieves her car.

Athena responds to Felisa’s 911 call and manages to intercept the man, but not before Felisa crashes into the back of a construction vehicle. Her car becomes covered in asphalt and once again, the team responds.

It turns out that the man, Nico Peretti, had a website where he sold replica artifacts online. He realized that Felisa was planning on doing a live unboxing and knew it would be revealed that this was not a one-of-a-kind bracelet. He was trying to follow her to retrieve it.

In the end, Eddie reaches out to check in on Felisa. She still does not want to let go of her friendship with her assistant, feeling as though she has been the only one at her side. Eddie may not feel the same, but he does open up to Felisa about his own traumas. He talks about the tsunami and how he had worked with Christopher to overcome his fear of water.

It was a lovely scene that showed us the kind of protectiveness Eddie has displayed in the past. Of course, the scene ends with him on the phone with Abuela, asking about his future. The camera shot focusing on Christopher had us nervous, though. What kind of foreshadowing is this?

Buck goes the healthy route, but is it actually healthy? 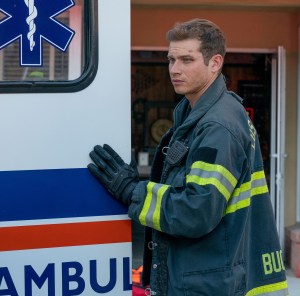 Elsewhere in the episode, Buck was changing his habits to help his, um, swimmers stay healthy. This means abstaining from everything, and we do mean everything. Hen wonders if all of the obstacles he has faced mean he shouldn’t do this, but he is determined to help Connor and Kameron.

However, we find out that the rest of the 118 doesn’t know what he did. Eddie does seem to notice Buck’s choice of green juice, but we have no idea what he thinks of the situation. When Connor and Kameron come to the fire station to talk to Buck, it just leads to awkwardness and the team finding out. Personally, we think this wasn’t the time or place. They clearly don’t seem to be checking to make sure things are fine on Buck’s end.

Even though the universe clearly is trying to tell Buck not to do this, he doesn’t listen to the warning signs and manages to donate. We’re not sure how this is going to affect Buck down the line, especially if anything does go wrong where he can’t donate. We just hope he opens up to his family instead of carrying this by himself.

Overall, it was a lighthearted episode and allowed the team to have fun and tease each other. Plus, having Hen back at work also left us feeling thrilled to have the entire team back together again.