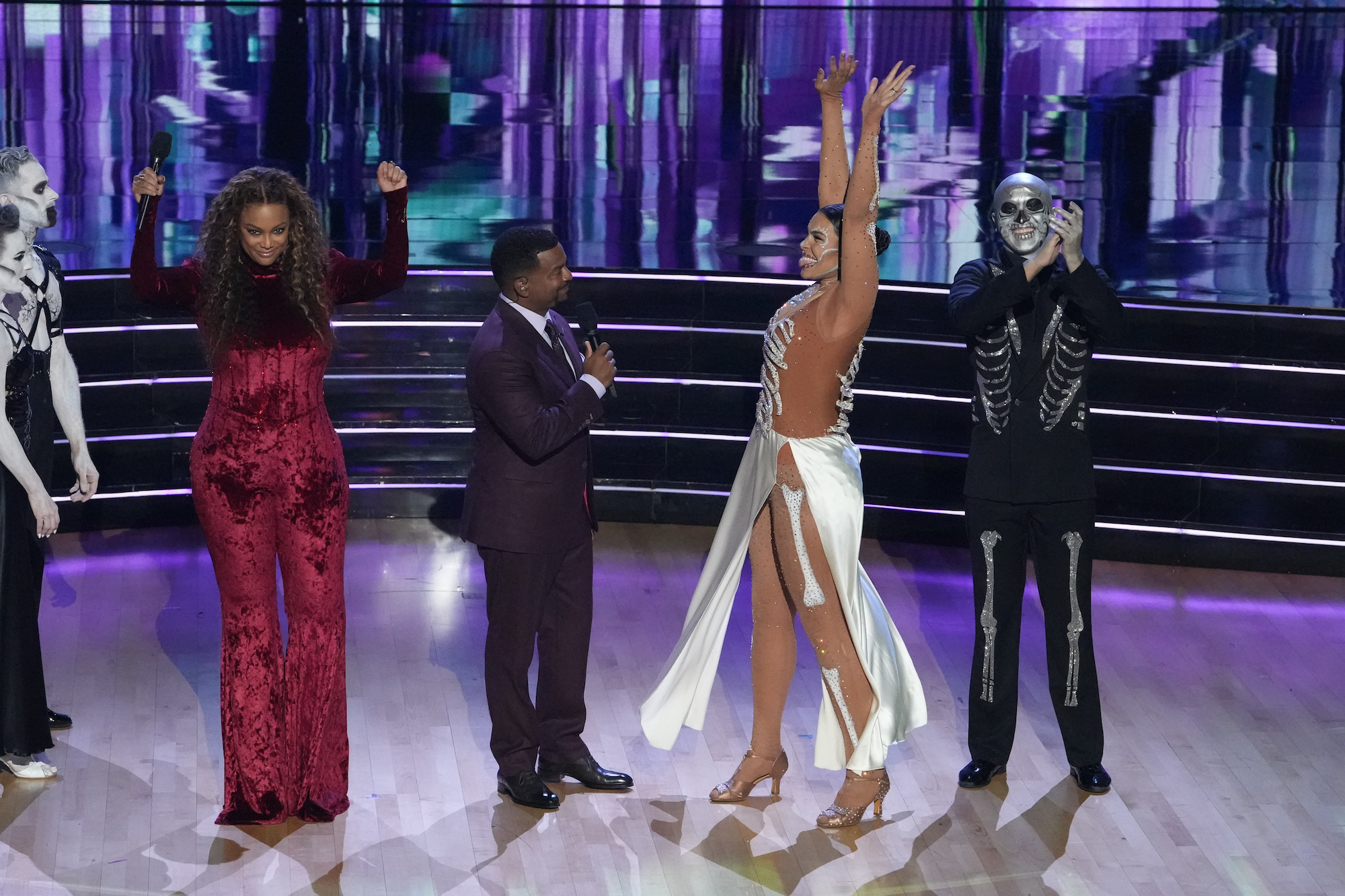 DWTS Season 31 Week 7 Halloween Night was full of excitement and spookiness as the celebrities gave us scares and thrills. With just two episodes to go until the semifinals, the judges kept an eye on how they all did. While there were some critiques, as usual, the contestants put their all into each performance.

Along with the individual dances, we also got to see the celebrities team up and do a group performance. This would give them 40 extra possible points for their dance scores. Team Scream consisted of Trevor as captain, Charli, Daniel, and Wayne. Team Wicked was composed of Vinny as captain, Jordin, Shangela, Heidi, and Gabby. As for Team Scream, they received 39 points and Team Wicked received 33 points. 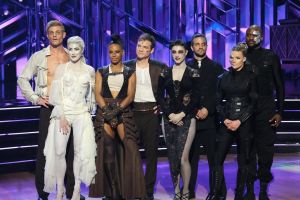 The only sad thing about the episode, besides the elimination portion, was not getting to see Val Chmerkovskiy. Unfortunately, he tested positive for COVID and Alan Bersten took his place on the dance floor.

Luckily, Gabby and the rest of the team he danced with were healthy, but we did miss him. However, Gabby and Alan did a great job, especially considering they only had days to build up the chemistry she had worked with Val on for weeks.

When it came time for the elimination, we saw it come down to Heidi and Jordin. At first, it did look like Heidi would likely be eliminated since she has been in the bottom two before. However, the judges weren’t united in who to save, with Carrie Anne voting to save Heidi. Bruno and Derek chose to save Jordin.

It came down to Len and he chose Heidi, meaning Jordin was eliminated. She took the elimination so well that we thought she was saved at first! Heidi almost seemed to be in disbelief, but most likely it was just due to being at the bottom more than once.

The next time we see the stars, they will be dancing to hit songs from the 90s. 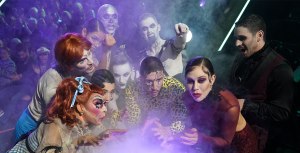 Jordin and Brandon danced the Tango to “Oogie Boogie” from The Nightmare Before Christmas. They put on an amazing performance, with Jordin having worked on her framing before the dance. Their individual dance received a 36/40 and their team dance brought their total to 69.

Charli and Mark danced the Argentine Tango to “Tanguera” and they did an amazing job, earning praise from the judges for their work. Their dance earned them a 39/40 and their team dance raised their score to 78.

Daniel and Britt danced the Paso Doble to “Bury a Friend.” Even though the judges seemingly wanted more from them, it was a fun dance to watch. Their score was 34/40 and the team score earned them 73 points. 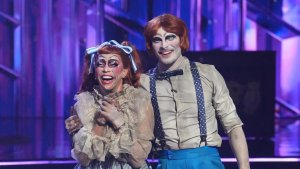 Shangela and Gleb danced Jazz to “Look What You Made Me Do” by Taylor Swift. It was an incredibly scary performance that earned them a perfect score of 40/40. Their team score raised them to 73 points.

Vinny and Koko danced the Paso Doble to “Get Ghost.” While Vinny did a great job with the steps, the judges mainly spoke about wanting to see more musicality from him. Their score brought them a total of 30/40 with the team dance giving them 63 points.

Heidi and Artem danced the Tango to “I Wanna be your Slave.” They did a really good job and earned 37/40. The team dance brought their score up to 70.

Gabby and Alan danced the Tango to Shivers by Ed Sheeran. Despite this being a new partnership, they did a really good job. Their score was 38/40, which brought them up to 71 points.

Wayne and Witney danced Contemporary to the Halloween theme. They had such an eye-catching performance and they received a score of 37/40. Their total score was 76 points.

We’re looking forward to seeing who makes it to the semi-finals on 90’s night! There are going to be double eliminations so make sure to vote for your favorites to make it through! Let us know who you think will make it in the comments below.