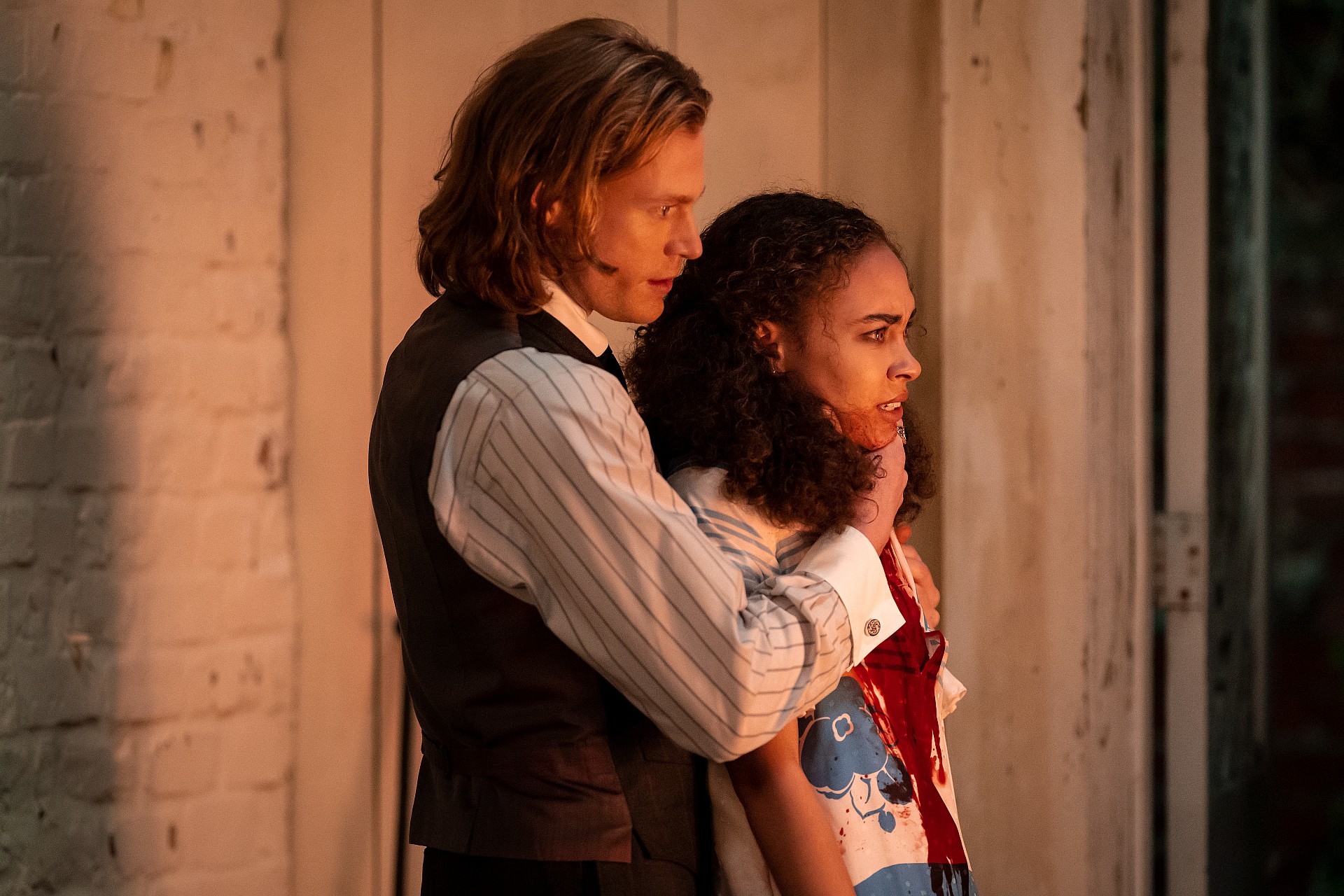 Last week (review here), Louis lost the last pieces of his human life. This week, Claudia entered his life and with it, a wholesome completion with a side of teenage chaos. She learned the dark realities of being a teenage vampire quickly. 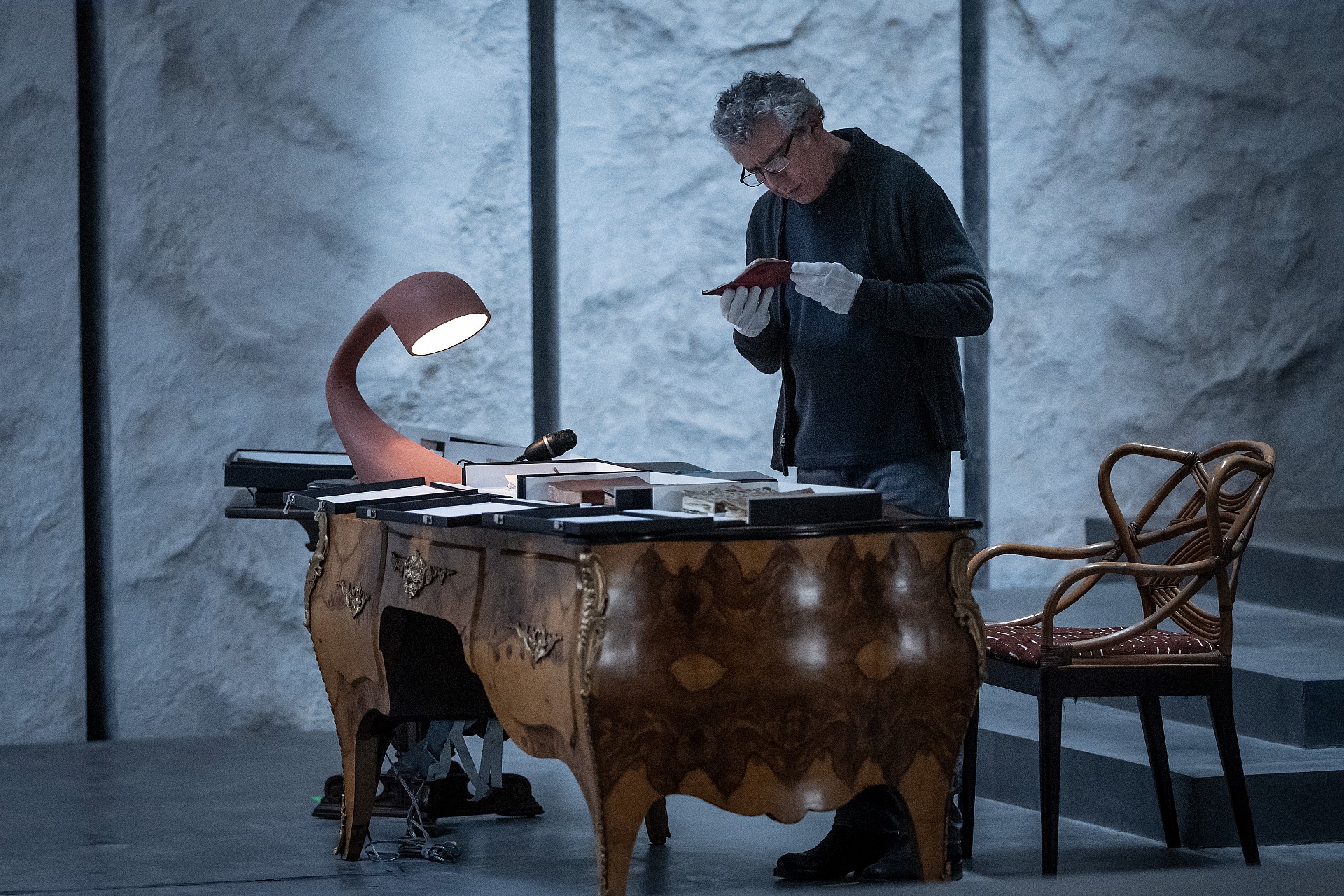 A Day of Rest

The episode began with Daniel (Eric Bogosian) having an intense conversation about a book he was preparing. Without needing to be told, it was obvious the book would be based on Louis’s (Jacob Anderson) unlife. The abnormal part came afterward when Rashid (Assad Zaman) told Daniel that a scheduled doctor’s appointment for a transfusion regarding his Parkinson’s would be handled in Louis’s penthouse.

The fact that Daniel has been there for at least twenty-four hours wasn’t strange, but this sudden change-up that would keep him almost like a prisoner in the penthouse put me on edge. Little by little, this was seeming less like an interview of Louis and more of an interview for Daniel to see how he handles the full story. Maybe I’m just searching for something suspicious because I can’t help myself. Still, it’s a red flag for me if somebody changed my doctor’s appointment without my knowledge or permission. Daniel handled it much better than I would’ve.

While Louis took the day to rest, Daniel was allowed to explore his journals as well as a couple of others not belonging to Louis. A few of the journals belonged to Claudia (Bailey Bass), Louis’s and Lestat’s (Sam Reid) vampire child. Her first-person account of being saved by Louis offered up so much more than the film had. A closer and deeper look.

A Cry For Help

Louis hadn’t managed to save Claudia in time and she suffered from her burns, though in her hysteria she claimed Louis and Lestat to be angels. I can’t disagree. They are quite angelic…though they’re closer to being angels of death rather than the heavenly type. After much pleading, Lestat turned her into a vampire for Louis. As he had helped to give Louis everything else he wanted like the Fairplay Saloon, for example.

Claudia and Louis established an immediate connection through telepathy, leaving Lestat in the dark. Lestat was very quick to note that secrets were not best kept between the three of them. They were a family. I loved that “family” was his excuse for not wanting to be excluded. People come up with all kinds of excuses to try to remain honest and fair with each other, and this one made me chuckle. While it was understandable since it wasn’t fair that Lestat couldn’t join the mind-reading chat room due to being their maker, his jealousy was showing again. 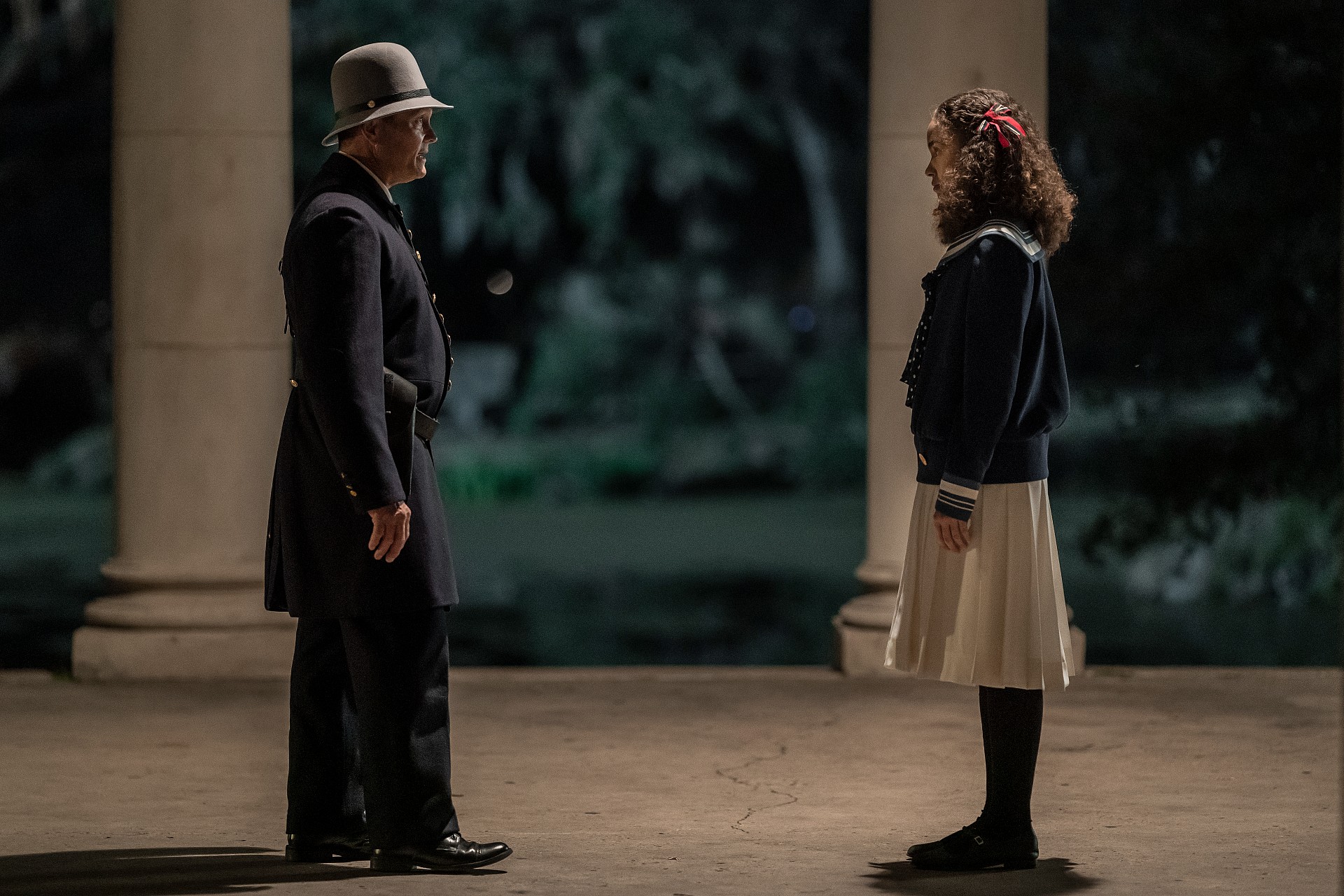 You Ain’t a Girl, You a Devil

Claudia’s first night of hunting was one that tested not only Claudia but Louis and Lestat, too. It shouldn’t have been funny, but it was. Claudia not only attacked and killed a cop but then proceeded to whine like a typical teenager until she got her way. And, her way meant getting to eat another person. To add to the humorous moment, she was drenched in blood, and Louis and Lestat were exasperated with her already.

However, it did make for a rude vampiric awakening for Claudia that her first meal, the cop, had called her a devil. With barely any understanding at that point, it was unfortunate to be deemed so monstrous so quickly without a chance for her to understand what she’d really become. Granted, teenagers can be monstrous without the power of vampirism.

And dear Claudia got the whopper of both sides. 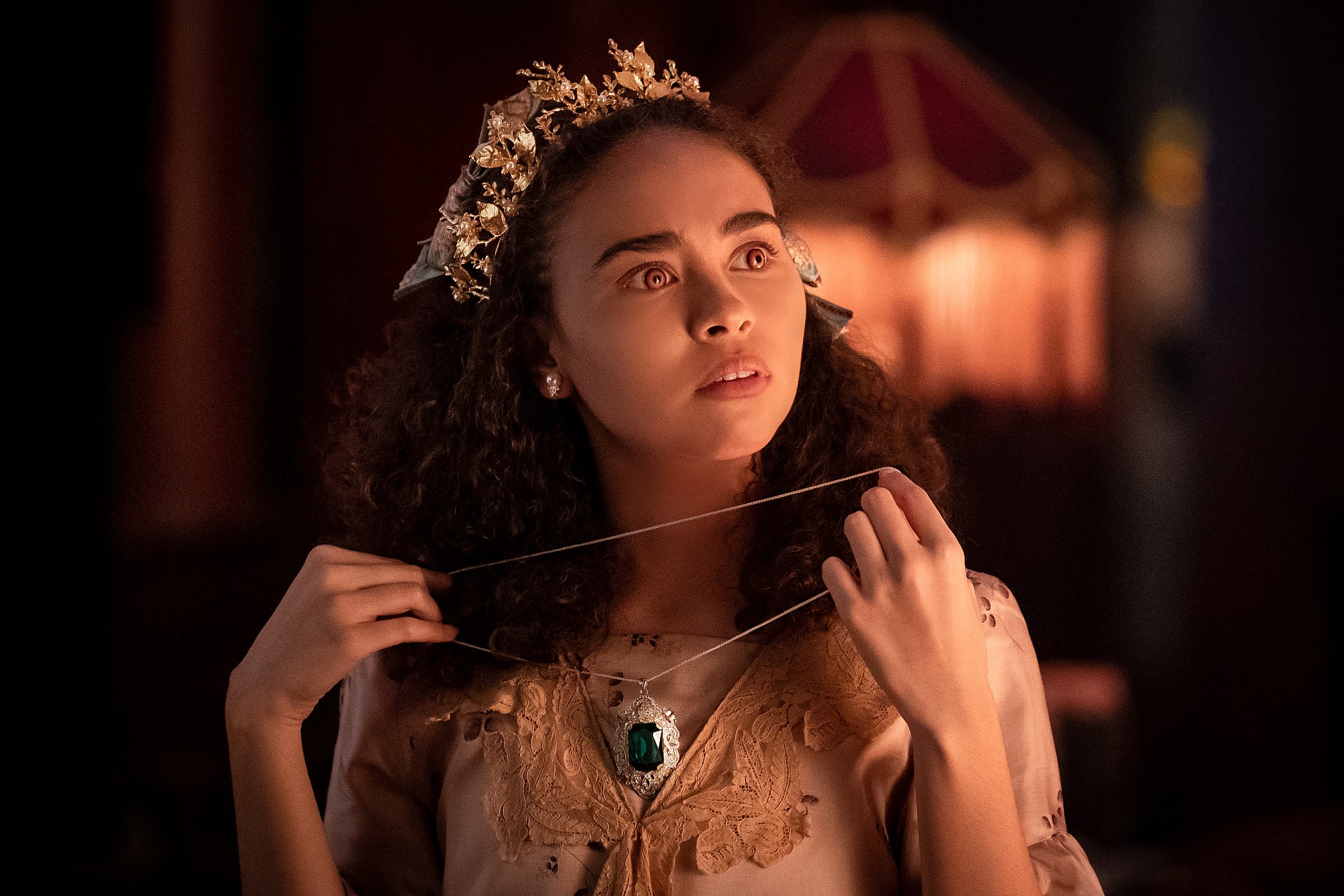 We Do As Mortals Do

Claudia’s detailed account of her life with Louis and Lestat was a seemingly happy one. She’d gained a family and it even looked like it restored Louis and Lestat’s relationship. From celebrating birthdays to learning how to feed and how to drive, Claudia had a charmed life. While given everything and anything she could dream of, it couldn’t last long. And, it didn’t. Soon enough, Claudia was wishing she was older. 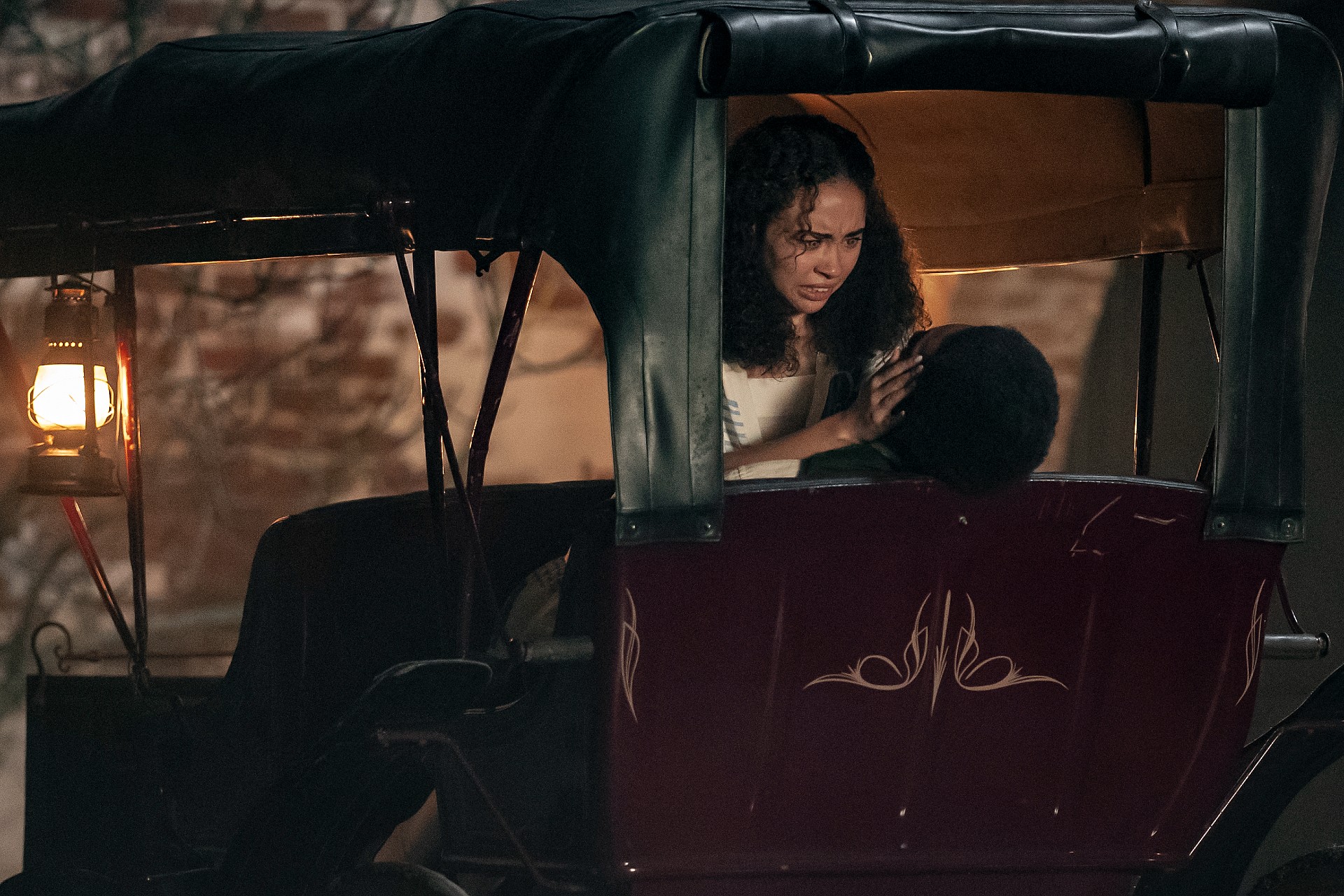 A particular feeding left Claudia in a daze. Out at lover’s lane with Lestat, it was apparent that she wondered when she would be able to experience love like the couples there. This was quite similar to the desires Louis had for his family and his business.

It wasn’t long before that wondering turned into reality for Claudia. On her first time out on her own, she met Charlie, a young man that was a carriage driver. Though the feeling of that first love was like fire, it didn’t last. During her first time with him, she was lost in a frenzy of emotion and hunger and drained him.

Losing a first love is heartbreaking. Accidentally killing them, it’s unimaginable. Lestat didn’t let this lesson go unlearned. She’d killed the man and she would clean up her mess. The lesson that a vampire cannot be so close to mortals was not an easy one. Even Louis had to learn it in his own way. 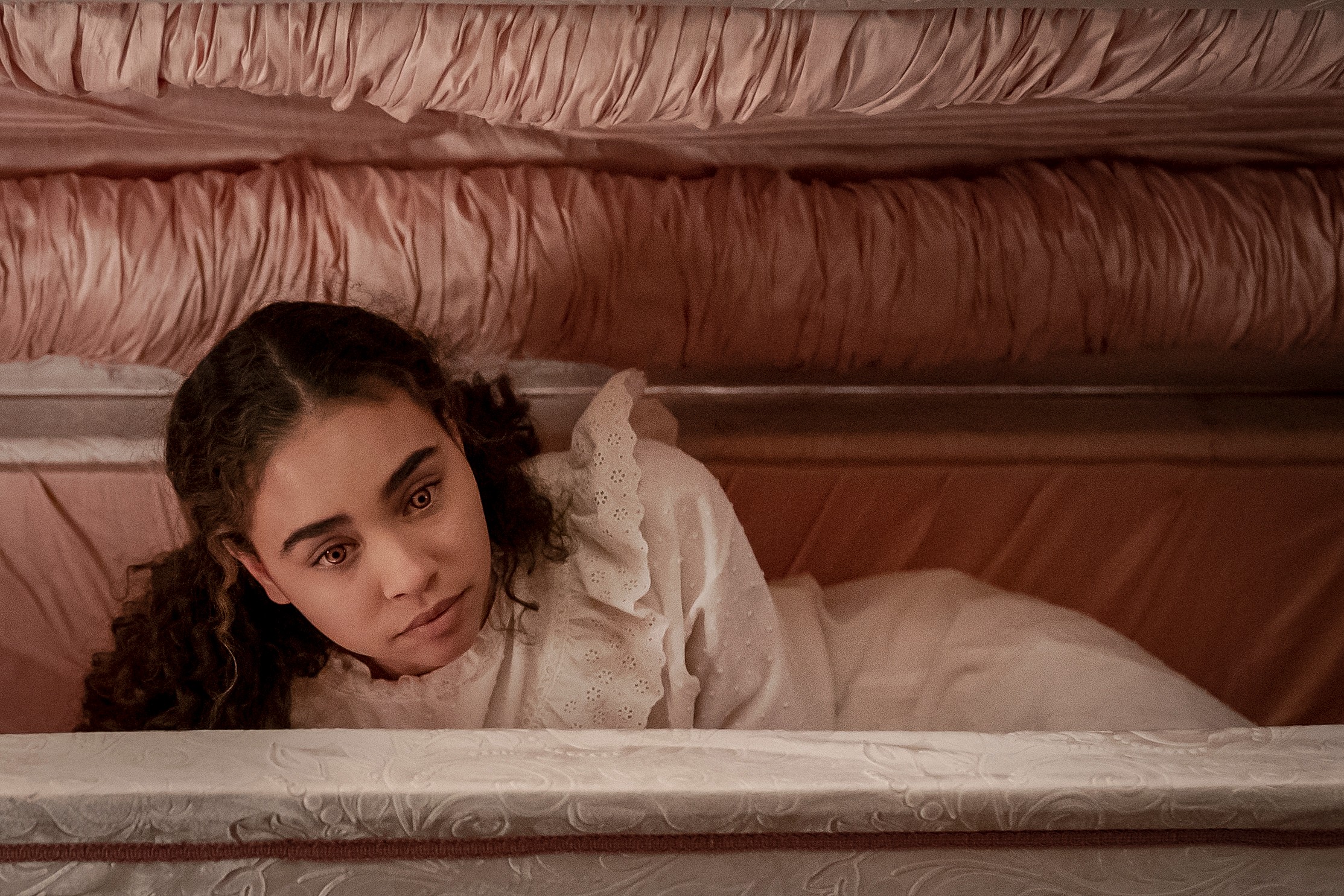 As the episode came to its end, Louis admitted to not sharing Claudia’s diaries with Daniel at first because he didn’t want to rehash his failings as a father. While this has only been a glimpse into Claudia’s vampiric life, it doesn’t seem like he’s truly failed her. Though Lestat acted as a rule keeper and stern parent, Louis was the one to connect with her as the fun and easy-to-talk-to parent. A parent can only do their best since there’s no particular book to teach how to raise a child. However, I’m curious to understand the parts where he believes he has failed her.

The last scene with Claudia opening up the sunroof in the music and touching the light of day does make me worry that she may be worse off than Louis. However, it does confirm the suspicions I had earlier in the episode as well. In a melancholic way, Claudia realized that she’d never grow into her body. She’d never be more than she was and that was beginning to drive her mad.

What did you think of the latest episode? Let’s chat in the comments below and don’t forget to follow @capeandcastle!