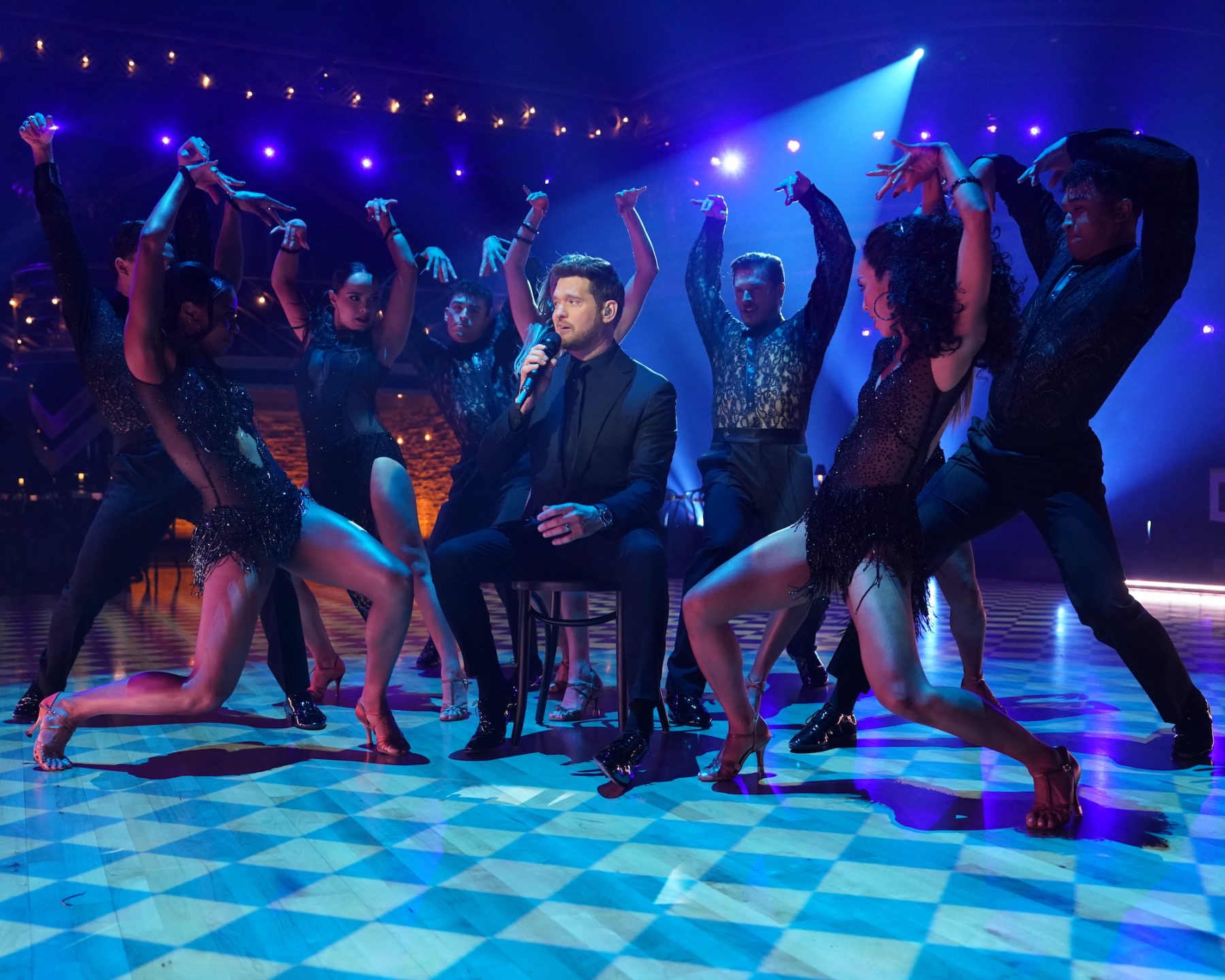 It’s Michael Buble night on DWTS! Week 6 left audiences captivated as singer Michael Buble joined the judge’s panel and also performed the opening number. In addition, he also joined Derek Hough on the dance floor as well in the middle of the episode, giving fans a treat in the midst of seeing the celebrities work their magic. Let’s go over what happened on DWTS Michael Buble night. 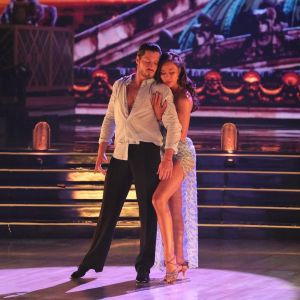 There were some great scores tonight, although some stars did have some difficulties. Despite getting the lowest score due to a mistake at the beginning, Vinny Guadagnino did a great job just having fun and enjoying himself. Wayne Brady also had some issues, but mostly because he was battling severe exhaustion that affected his rehearsal time.

Despite the setbacks, it was clear everyone was having fun. We even got to see Jenna Johnson Chmerkovskiy come to help Gabby Windey be comfortable getting up close and personal with her own husband. Plus, she also choreographed the opening number of the show! 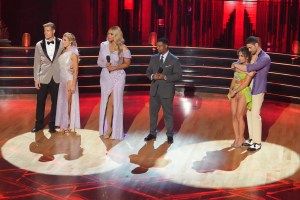 When it came down to the bottom two, we did see one couple there again and it was Trevor Donovan and Emma Slater. Joining them for the first time were Jessie James Decker and Alan Bernsten. It wasn’t unanimous at all, with the judges divided on who to save. With Bruno and Carrie Anne voting to save Trevor and Derek voting to save Jessie, it came down to Len’s vote.

Unfortunately, we did have to say goodbye to Jessie and Alan this week. It was such a joy to watch them week after week. It was clear Jessie worked hard to improve, but Trevor had done so well that he came out on top.

The next time we see the couples, it will be Halloween night. What costumes will be in store for us next week? Let us know in the comments below who you think everyone will be!

Check out the scores below to see how everyone ranked. 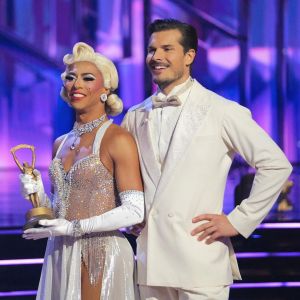 Shangela and Gleb danced the Tango to “Hollywood.” Not only did they do a great job, but Shangela surprised the judges with the chicken wings she kept in her dress. That was highly impressive to be dancing with actual poultry hiding. Their score was 45/50.

Trevor and Emma danced the Foxtrot to “Come Fly with Me.” They also did very well and got some good scores for the night with 42/50.

Gabby and Val danced the Rumba to “Home.” It was a sultry dance that Gabby had trouble with in rehearsal, but she did a great job in the end. Their score was 46/50.

Vinny and Koko danced the Cha-Cha to “Save the Last Dance for Me.” It may not have been the best dance, but they still had fun and enjoyed themselves. They received 36/50.

Jordin and Brandon danced the Foxtrot to “You Make Me Feel So Young.” They clearly had fun and received 43/50.

Charli and Mark danced the Foxtrot to “Fever.” They impressed the judges with their routine and earned a perfect 50/50.

There were some incredible performances

Heidi and Artem danced the Samba to “It Had Better Be Tonight (Meglio stasera).” They may not have beaten Heidi’s daughter, Charlie, but they still earned some terrific scores for their efforts. They received 46/50.

Wayne and Witney danced the Quickstep to “I Get a Kick Out of You.” During rehearsals, we saw that they were behind due to Wayne suffering from exhaustion. Even with some minor errors, they still did a great job. Their score was 44/50.

Jessie and Alan danced the Salsa to “Come Dance with Me.” They had a fun routine and it was great to watch them. Unfortunately, we had to say goodbye to them after they received 41/50.

Daniel and Britt danced the Foxtrot to “Feeling Good.” This is such a fun partnership to watch and to see how Daniel makes the dances work even if he can’t hear the music. Their score was 43/50.

We’re excited to see what the couples come up with for Halloween night! Let us know in the comments below your thoughts on DWTS Michael Buble night for week 6.