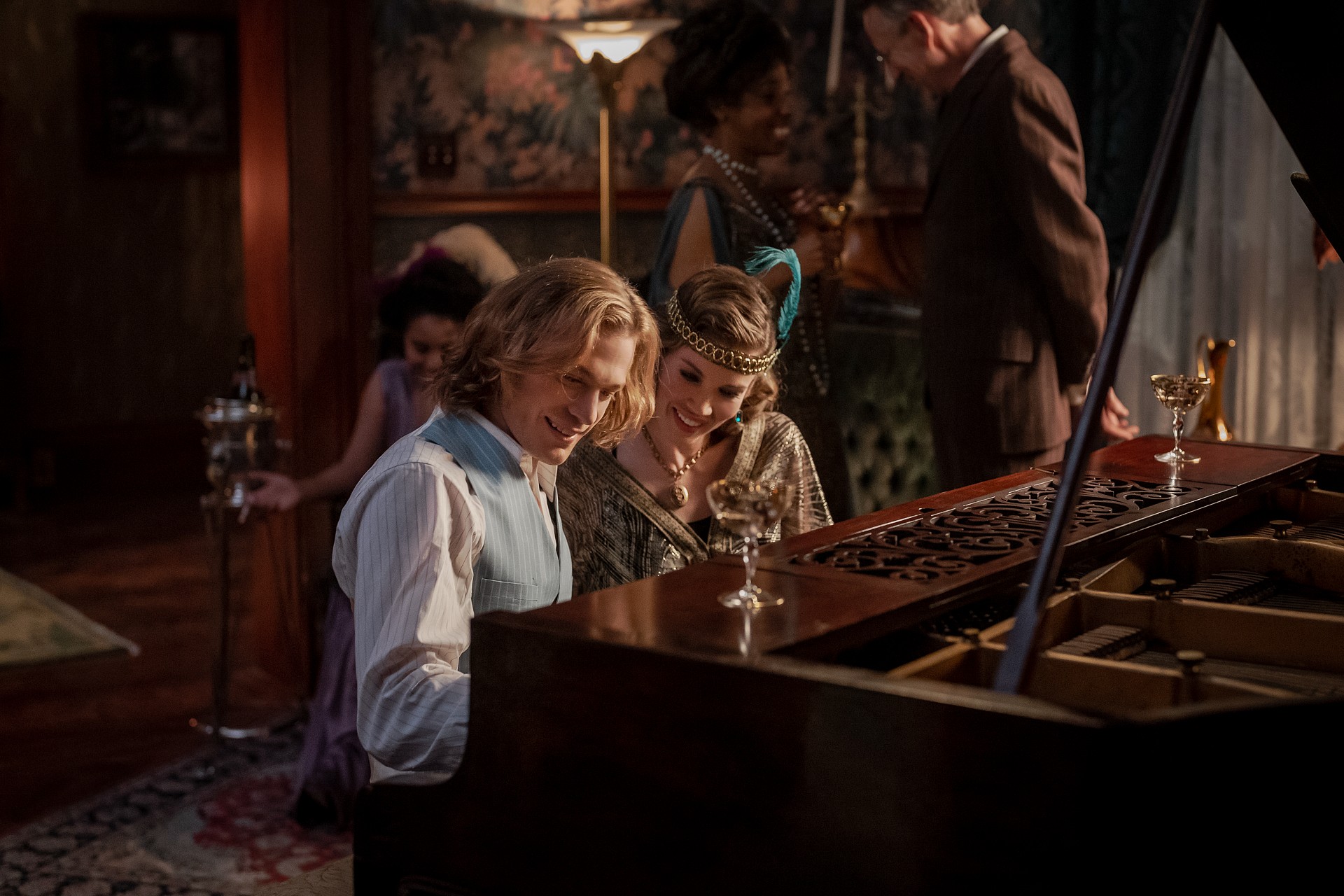 ‘Interview With the Vampire’ 1×03 Review: “Is My Very Nature That of the Devil”

Last week (review here), Louis’s interview continued over dinner. This week, he and Daniel argue about continuity and Louis’s determination to hold onto what humanity he could as he resisted his vampiric nature.

A New Bite For Size

The episode began with Louis (Jacob Anderson) debating a new diet with Lestat (Sam Reid). Why not feed on animals and criminals? More and more, Louis sought out a sense of morality as he still clung to remnants of humanity. Though Lestat humored him and found a criminal for them to dine on, not without some teasing, Louis still chose to feed on a stray cat. He couldn’t become the killer that vampires are. How unlike a vampire.

However, I am impressed by how well the show explores Louis’s tumultuous time as a vampire. It’s striking, and though there are differences from the book, the story itself is remarkably on point, touching on Louis’s increasingly broody unlife. It is distressing that he developed an eating disorder that caused such strife and had him starving himself.

As Lestat professed his annoyance with Louis’s new eating habits and even showed off some foolishness on the piano at Fairplay, creating the Wolverine Blues, he did try to respect Louis’s wishes by feeding away from him and allowing Louis to continue on with feeding on animals. Lestat made a valid point that they, as vampires, were killers. It was their nature. But Luis clapped back with a point of his own. He had never asked for this unlife. Now he had to live it as he sought fit.

All of this information was new to Daniel (Eric Bogosian) and he couldn’t help but interrupt. Much of this didn’t coincide with the previous interview he had with Louis. He couldn’t believe that Lestat really came up with one of the most popular piano tunes of Jazz. More so, he questioned Louis’s memory and whether what he said was true. Immortality is a long time. In all of the shows I’ve seen on vampires, an incredible memory of their hundreds of years alive has never been questioned…until now. It’s never even been a thought. I love that it is now.

Louis, however, did not like being questioned about his memory. He was quick to judge Daniel on if he remembered every small, teeny-tiny extra bit in his memories right away or all the time. It was enough for Daniel to stop looking back on the old interview tapes and throw them away. Louis closed the argument by setting the trash can on fire, putting this part of their past to rest while also giving a show of his abilities once more.

Louis watched as Lestat drifted to others for comfort and pleasure, Louis wondered what that meant for the two of them. If he had only been a whim for the vampire. Lestat refused to play human alongside Louis and professed to being fine with an open relationship, but I was not fooled. Not with how many times he said was fine with it. The fake smile to try and hide it was not convincing. Lestat is not a sharer.

Still, he didn’t deny the things Louis held dear still, such as his family and the club. These things would fade in time and he couldn’t force Luis to understand such loss. He had to let him experience it and do what he could to help pick up the pieces.

Lestat has shown himself to be a selfish one, but not without reason. He sought out companionship, which was how he came to choose Louis. Though Lestat traipsed around with other men and women, his love for Louis never strayed. Unfortunately, the same couldn’t be said for Louis. 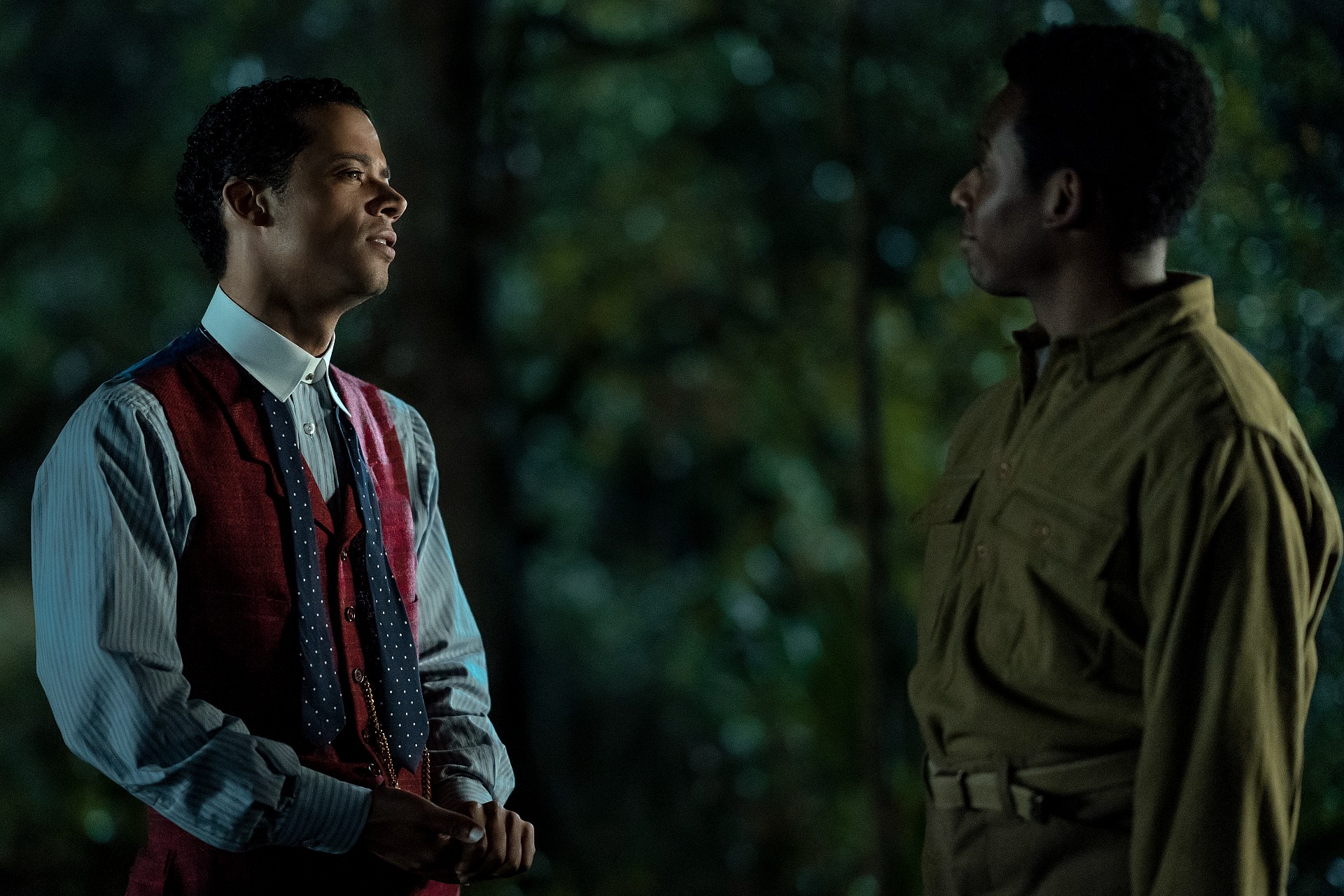 World War I brought trouble to New Orleans, business troubles, and an old friend to Louis’s doorstep. Jonah, an old friend, came to see Louis before being shipped off to war. While it was sweet and romantic, reigniting emotions within Louis, it did break the compromise that he and Lestat had come to. Not only that, but a hunger awakened in Louis that he had been fighting for years now.

Lestat felt betrayed after catching the two of them together. After confessing that he had been watching Louis from afar, I couldn’t disagree that Louis had broken the rules. He’d given in to having emotions for Jonah while Lestat kept his conquests at a mutual level of lust and feeding.

Louis’s starting to get hot and cold with Lestat. While I had been wary of Lestat and his intentions at first, I’m starting to feel for him. Louis is trying to have his cake and eat it too. It’s not working out for anybody. 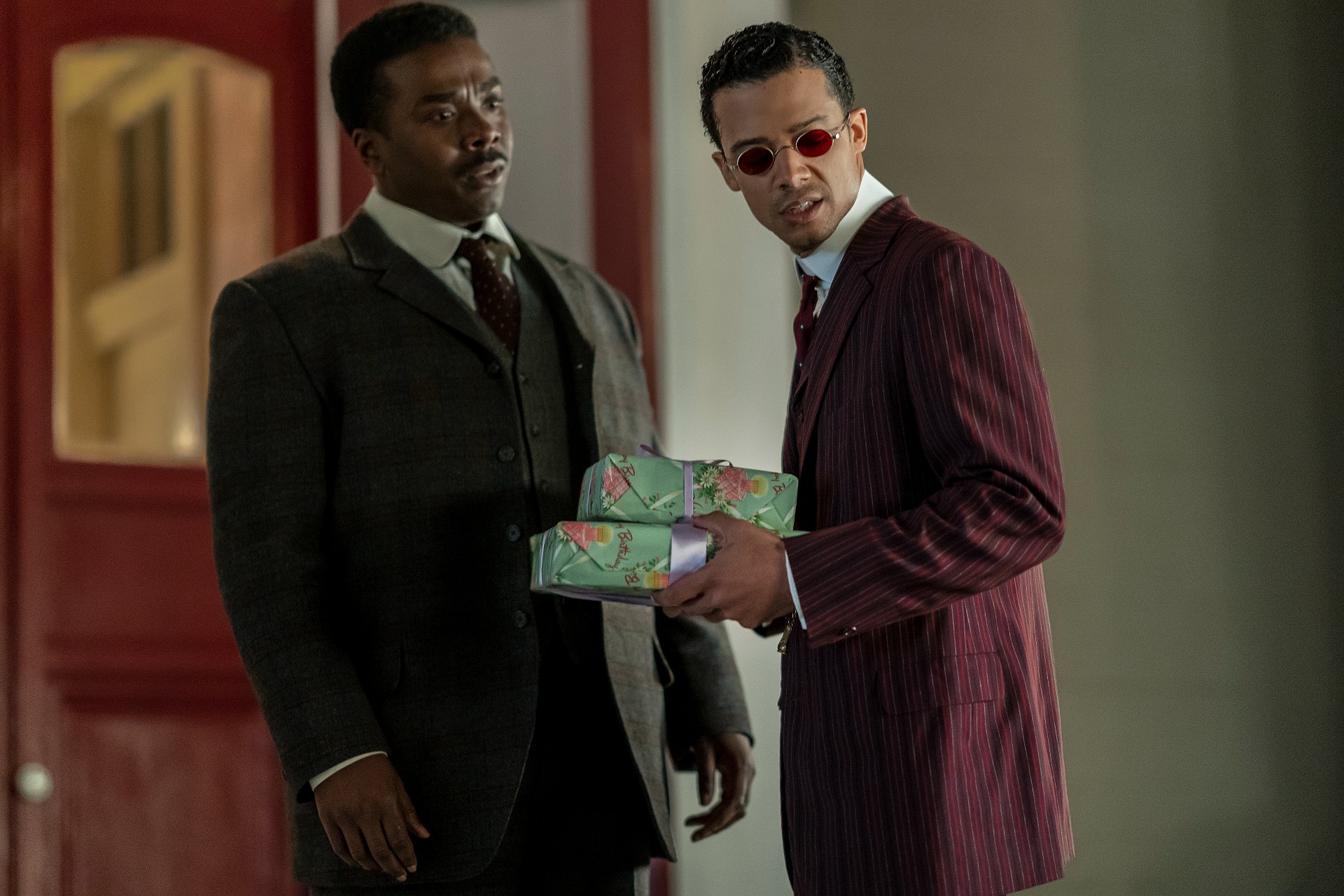 No Home to Go To

As Louis remained the same over time, his family became estranged, believing he was possessed by the devil. It didn’t help that he let his anger get the best of him and kicked the front door of the family home in. Not only were they disappointed in him but terrified of him as well. Louis’s ties to humanity through his family were severed. Though heartbreaking, I’m not entirely surprised. You can’t visit family only sometimes and expect them to act like everything is peachy-keen. You also can’t be oddly ageless with deadly strength and expect them not to notice.

Louis’s livelihood only worsened. His business was being taken out from under him by the city council. They were determined to oust the black community and crunch them beneath their boots even more. Louis refused to let all he’d worked for go up in flames.

Amidst all of this, Louis neglected his thirst, which took him over. He succumbed to his vampiric nature during a visit to a council member that had done his damnedest to destroy Luis’s business and other black-owned businesses. The council member wound up strung up out for all to see, his body ripped apart and a gory mess. A mass riot across the city not long after. Though Louis lost the last piece to his human life, he did make quite the activist statement against segregation and discrimination against black folks. He wasn’t taking it anymore. 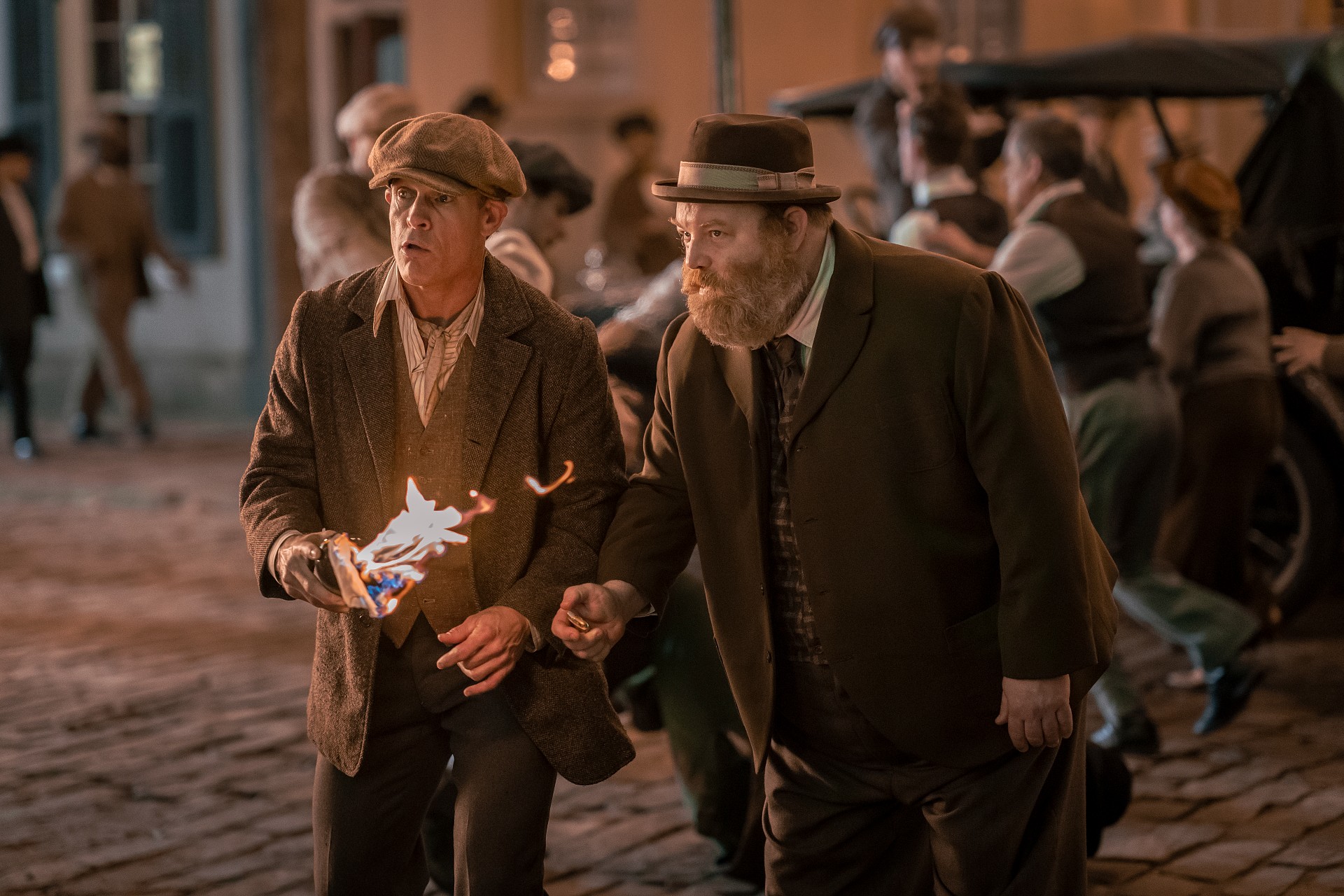 The end of the episode was a light at the end of the tunnel for Louis. As he walked through the city as it went up in flames around him, seeking out a way to help his fellow man, he found that there was nothing he could do. The change he hoped to inspire was thrashed. It didn’t help that he’d basically outed both him and Lestat as vampires to the city either.

I was willing to forgive that since he was still a nubile vampire. All the heartache and self-destruction he wrought on himself was enough of a punishment. Regret had begun to sink in until he heard the call for help from a girl inside a burning building. His Claudia.

If you’ve read the books then you know who Claudia is. His child by vampire. I’d started wondering when she would be revealed. Though Louis described her as his redemption, I wonder if that’s how she’ll feel. She may feel how Louis felt after being turned by Lestat. What a circle that would be,

Nonetheless, this was a perfect ending to the episode. The end of Louis’s dread over his lost life and the light at the end of the tunnel where a new one begins.