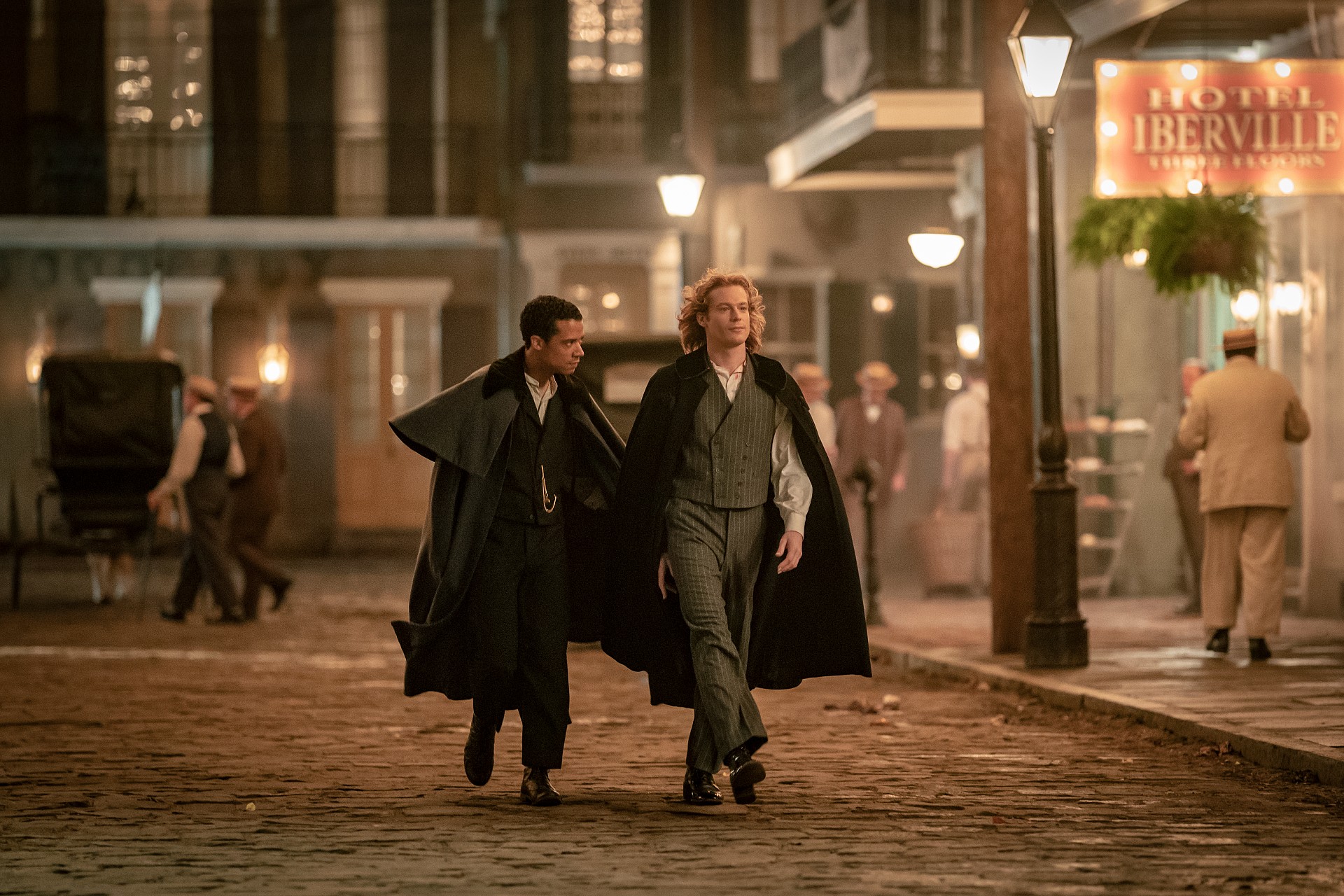 ‘Interview With the Vampire’ 1×02 Review: “…After the Phantoms of Your Former Self”

Last week (review here), Daniel Molloy was merely re-introduced to the vampiric world and Louis shared his last night on earth. This week on IWTV, Louis shared his first years as a newborn vampire and all of the incredible abilities that came with being a creature of the night. With those new abilities came the downside, like losing touch with family and realizing just how lonely living forever could be.

Right from the start, the show gifted fans a glimpse of Marius’s artwork, another vampire well-known to The Vampire Chronicles and who is the maker of Lestat. To say I geeked and squeaked is an understatement. Though only in episode two, the show has given such subtle but such sweet tastes of the books which are so beloved.

The interview about Louis’s (Jacob Anderson) vampiric life continued over dinner. Daniel (Eric Bogosian) was served exquisite course after course. However, Louis’s dinner courses varied from wild fox to human to rare blood types of a certain age. The subtle yet brutal reminders of just how dangerous Luis is doesn’t go unnoticed and are heightened even more in this episode than in last week’s.

However, Louis’s control over his hunger and instincts and the way he discussed it revealed that he went to great lengths to achieve this humanity. The show danced beautifully along this line, leaving me wondering if he would cross that line during the episode. 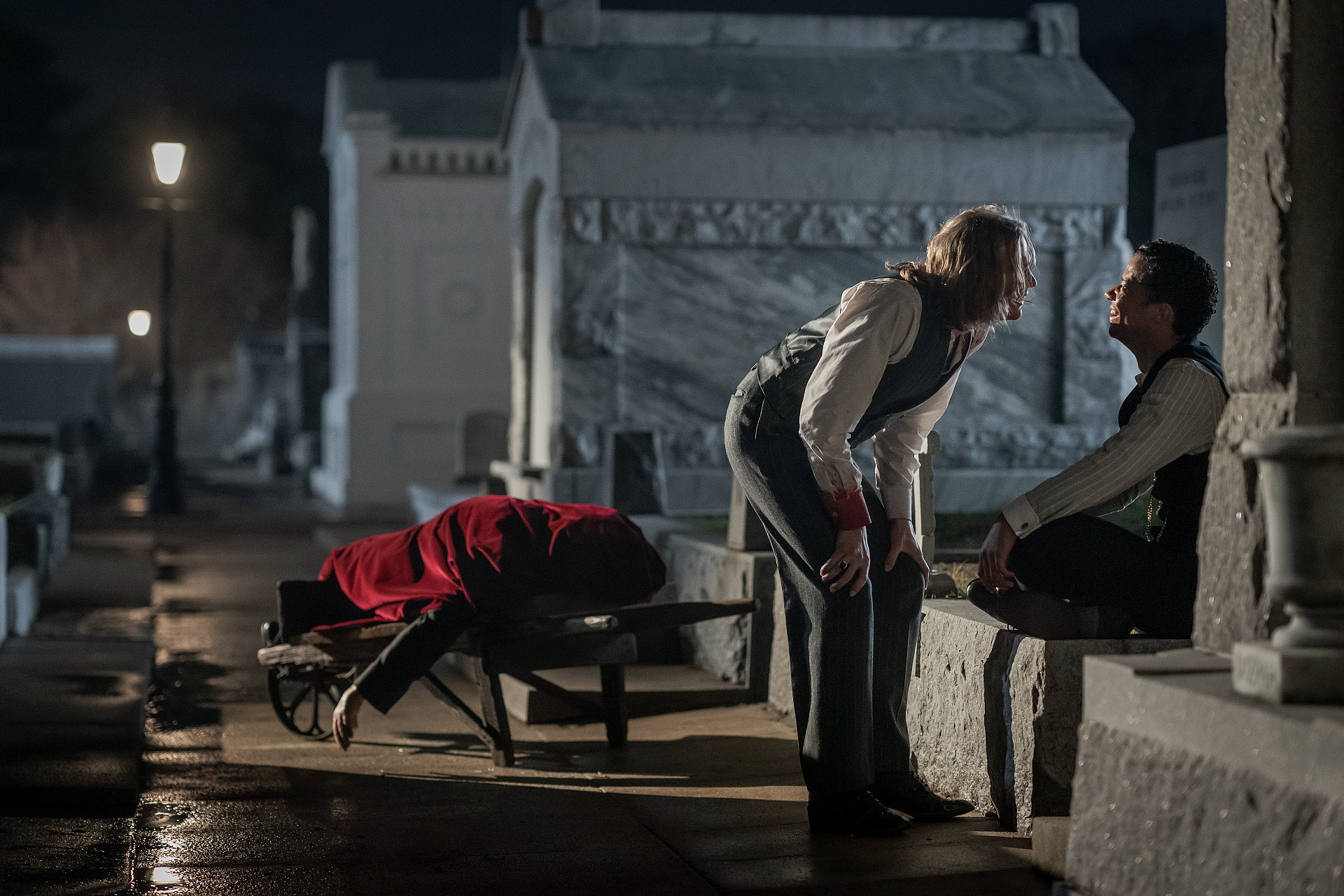 Hunting is an Art

Louis’s tale continued onward directly after his being turned into a vampire. Lestat (Sam Reid) guided Luis on his first hunt. I was taken with how articulate every part of Louis’s first hunt was. From his growing abilities to the enhanced senses that were just awakening. Then there was the technique that Lestat shared with him and the differences between those you hunt. All of this showcased just how far from human that vampires are and that while they are beguiling they are deadly creatures.

While Louis does admit his love for the power and that he willingly laid down with Lestat, Daniel scoffed. This was a moment when Louis clarified that this wasn’t a master versus student situation, but one of intimidating sexual natures. And, he wasn’t wrong. Each interaction between Louis and Lestat has been one of learning, but also of dominance, like Lestat offering to share his own coffin with Louis until one was procured for the baby vampire, for example.

The Gift of the Unlife

While Louis didn’t take well to the darker nature of being a vampire such as being unable to live in the light of the sun, there were other perks, like mind reading and sometimes being able to see into the mind. As mentioned before, the heightened senses are also an added bonus.

Five years following his turning and having gained some control over himself, Louis was able to reconnect with his family, especially with his sister and learn that she was pregnant with twins. While she didn’t believe it, he could hear the two heartbeats from her womb. I am continually in awe, even in these passing conversations, at how Louis’s abilities progressed and became as natural as breathing. Keeping them hidden so he and Lestat wouldn’t be discovered was a different matter. 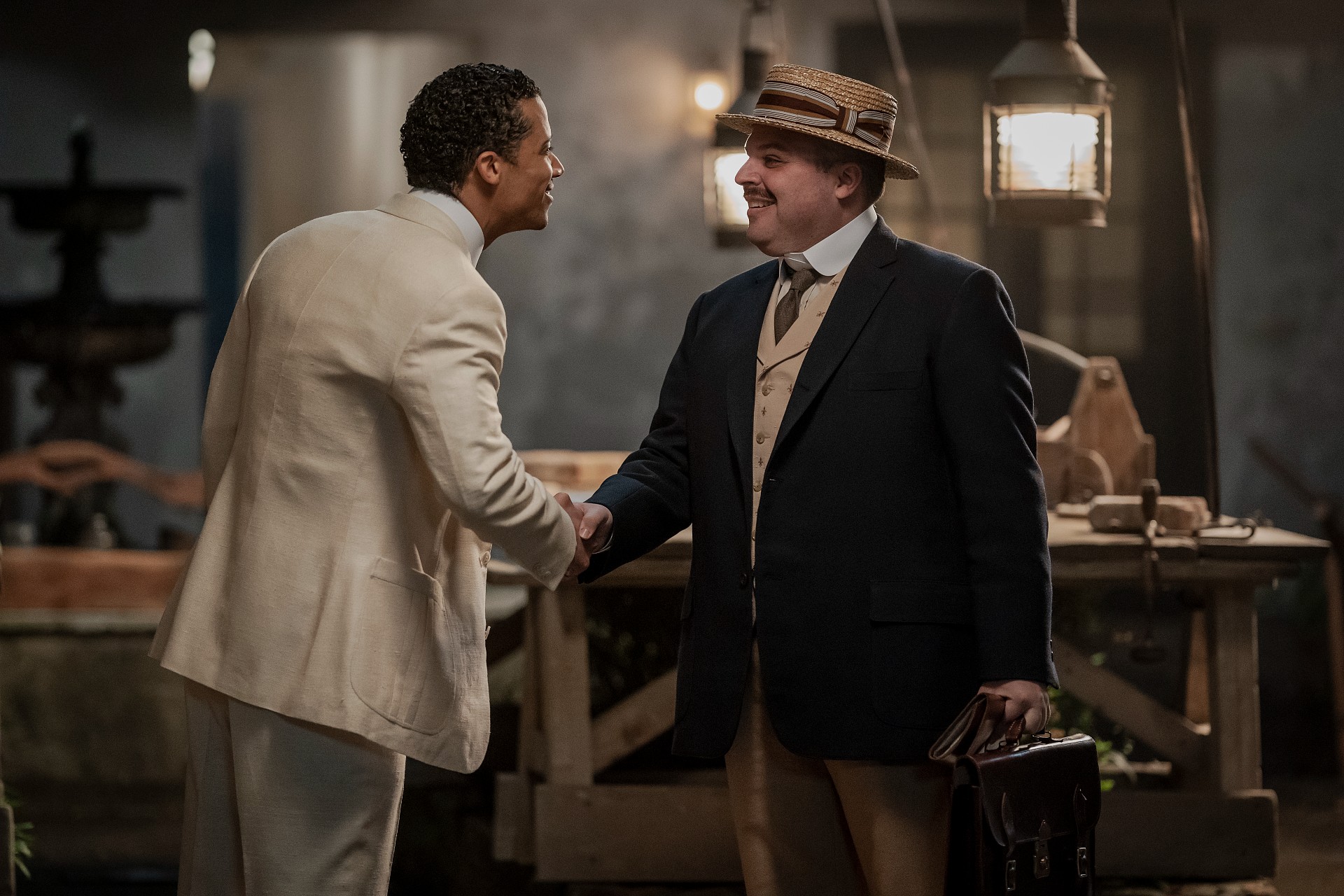 A Sense of Self

As Louis embraced his fledgling life, he wanted to dive into owning the Fairplay Saloon, the Caucasian-only saloon. He did have it, but not before facing the slurs of the man he wanted to purchase it from and eating him. I don’t disagree with the actions. Louis had a right to stand up against those who believe a black person to be so beneath them. 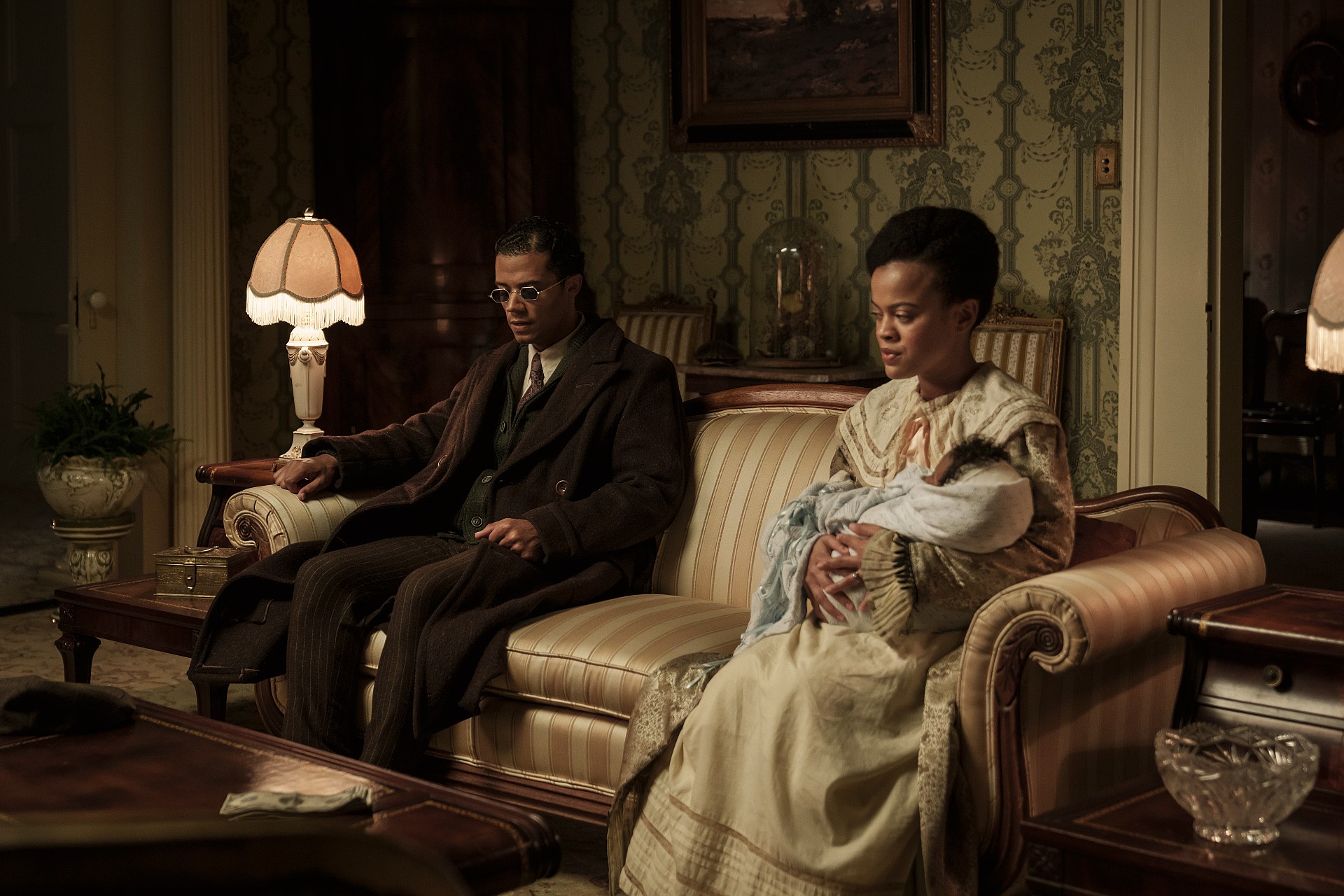 One of the major points in the show was when Louis visited his sister (Kalyne Coleman) years later and nearly fed on his baby nephew. And surely, Louis left me holding on, wondering if he’d eaten the small baby. Hell, he left the whole fandom wondering, not just me or Daniel, who kept repeating the question. Thankfully, Louis did not. The struggle and the heavy air that surrounded the incident showcased just how deadly the thirst for life is for a vampire. Plus, there’s that theory about how virgin’s blood and baby’s blood is the tastiest for vampires. 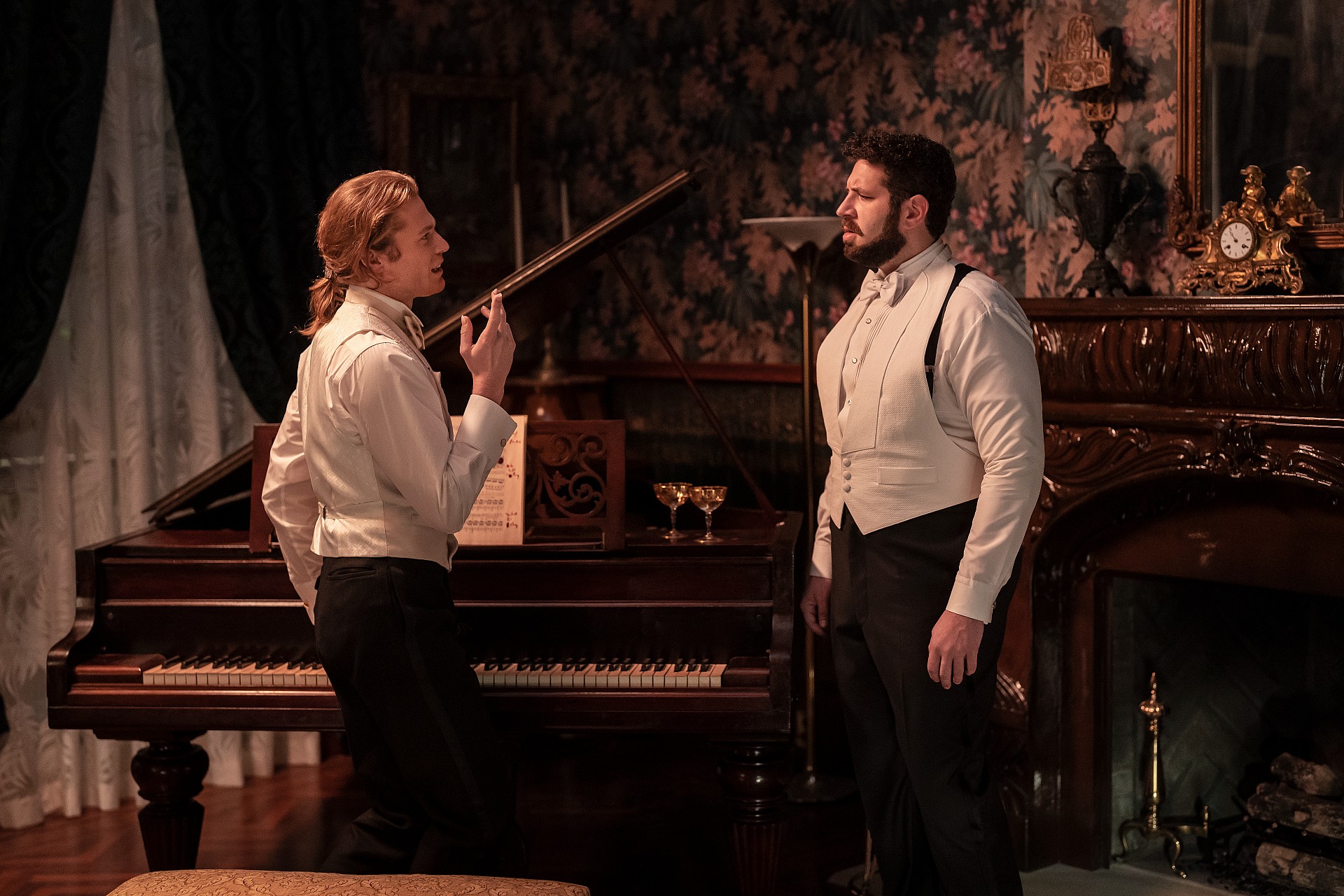 Submit to Your Nature

Louis and Lestat hit a bump in the road while vacationing in Rome. Louis refused to watch Lestat humiliate an opera singer that he hunted out of distaste. It was understandable to not want to watch him play with his food. By the way he reacted with anger and disgust, this was the first time he had to witness it either.

This circled back to Louis’s comment at the beginning of the episode about having emotions about your food before eating it. That it was just food. Nothing more, nothing less. Yet, Lestat had invested too much emotion in it at this point, and it was the sole reason he’d toyed with the opera singer before finishing him off. 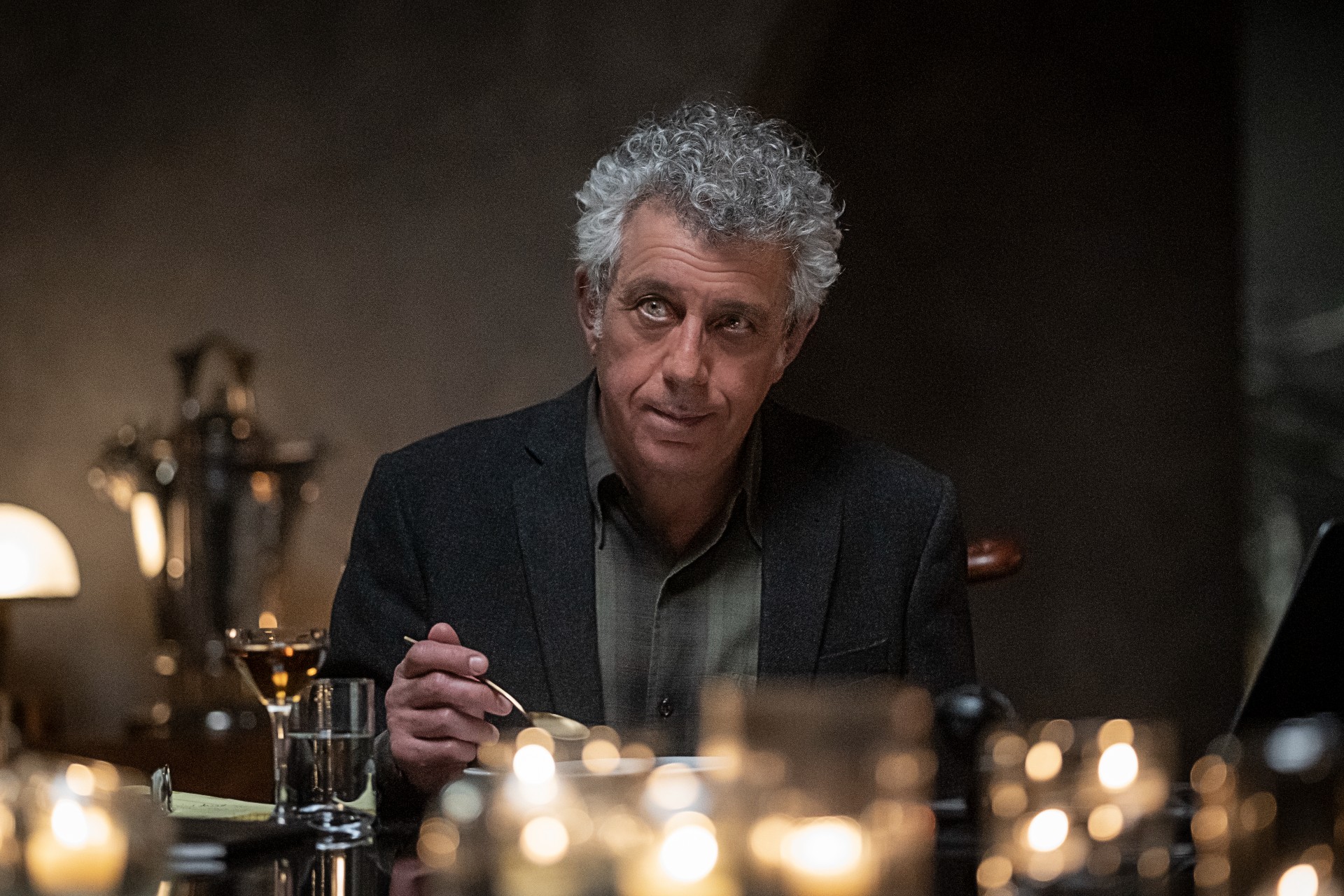 After the journey through Louis’s first years and multiple dinner courses, the episode ended with dessert between Louis and Daniel. Daniel had a special dessert that he’d only ever had once with his wife. Louis had already known, which I suspect to mean he’d been watching Daniel since their last interview. A hunter never taking its eyes from its prey.

That leaves me feeling a little uneasy for Daniel, but also a little pride. He’s courageous to proceed with the interview, though there have been many times already that he’s a hen and Louis is the fox.