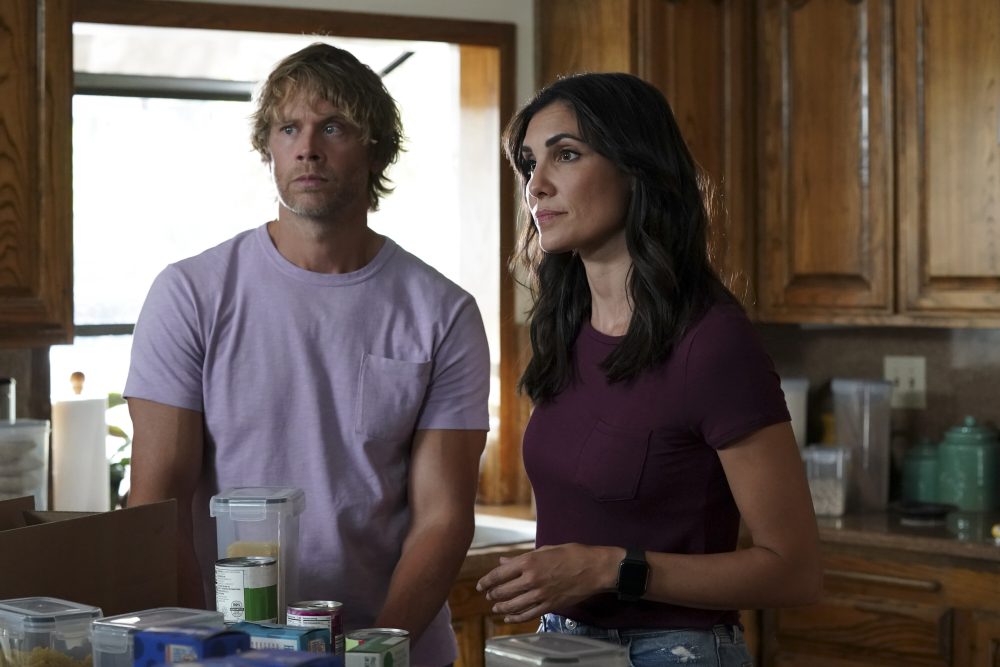 The Season 14 premiere of NCISLA took no time in catching us up on the team from the last time we saw them. While Kensi and Deeks adjust to being new parents to Rosa, Sam is also still taking care of his father during his battle with Alzheimer’s.

Plus, Callen is knee-deep in wedding planning, something Fatima offers to help with. Of course, they can’t always have an easy day, especially when a case comes about. 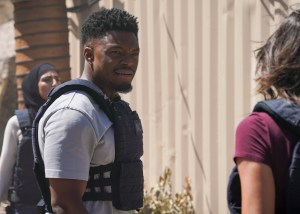 In the midst of the case, Kilbride and Callen are reeling with the possibility Hetty is dead after an attack in Syria. However, before they can do anything, they need confirmation it’s her. Callen struggles with the news, only sharing it with Fatima so he doesn’t cause unnecessary worry for the team.

For their case in the NCISLA Season 14 premiere, they are looking into a bombing that occurred at the Havlock Haines Aerospace. A security guard is hurt while a janitor is found dead. While looking into the janitor’s background. He seems like an innocent party in all of this. Then, they discover he had been killed hours before the fire.

Surveillance footage shows a van following him. Next, they find that Cyberattacks were coming from Beiruit. They find a connection to a real estate agent. There is evidence that Iranian special operatives are behind the attacks. Likely, the attack was revenge for an Iranian leader’s murder years prior.

It was basically revenge and the men responsible were still planning on hitting another site. Luckily, the team put a stop to another attack. No one else is hurt and the bad guys are caught. By the end of the episode, Callen also discovers the body found in Syria is not Hetty.

He wanted to go and find her himself, but Kilbride refused to let him leave. Hopefully, they will soon find answers as to Hetty’s whereabouts. Although, it could take a while to discover what happened to her.

What is going on in the agents’ personal lives? 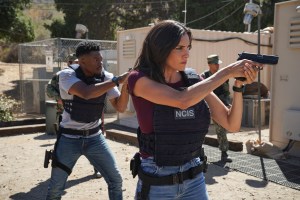 Sam also got the news that his father had left the care facility he had arranged for him. He apparently left with a woman named Victoria, supposedly to go visit her bedridden husband so he had company. Of course, his dad couldn’t help but tease Sam, especially since he had jumped to conclusions about why his dad left.

All in all, this was a decent beginning to NCISLA Season 14. It set us up with a new mystery while also showing where the characters are right now. Will we see Hetty at all this season? Only time will tell.

Let us know your thoughts on the NCISLA Season 14 premiere.