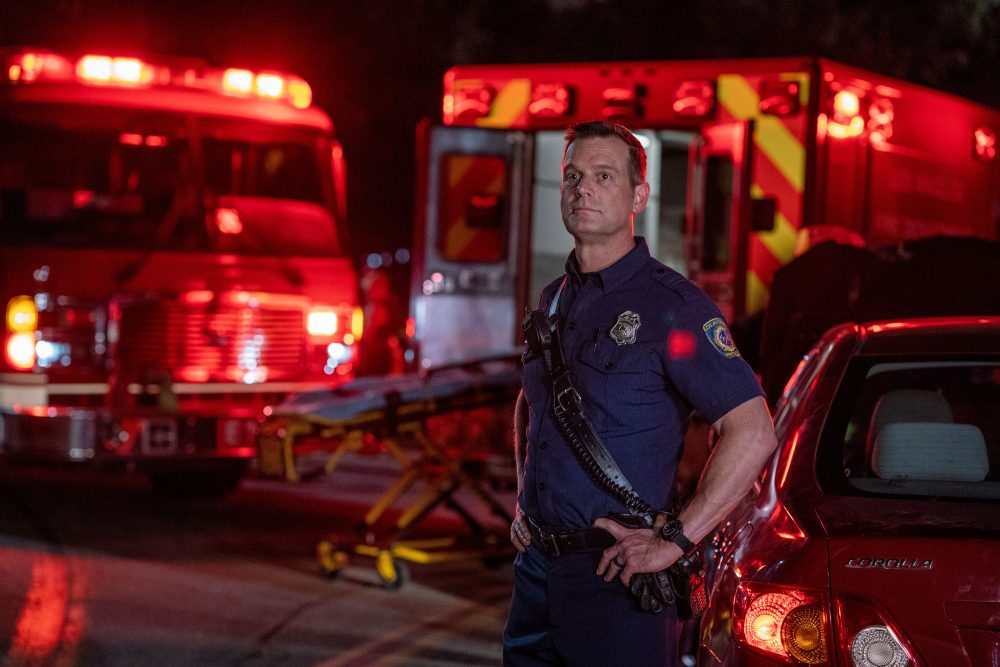 911 on FOX hit us with a lot of emotions in the previous episode regarding Athena’s backstory. This time, “Animal Instincts” came back to hit us with some doozies while still maintaining some humor in the midst of some dramatic moments, especially when it came to Buck. Find out what happened in our 911 on FOX 6×04 recap.

Buck’s year of saying yes is put to the test 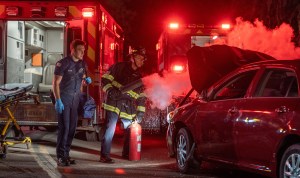 Buck is currently in the middle of using self-help books to try and figure out how to find happiness. His sister says it best when he talks to her about saying yes to new possibilities. Maddie wonders what Buck is searching for, knowing deep down he has so many good things in his life. But Buck feels like there is something more that he is searching for.

This comes right before he meets up with his former roommate, Connor, who he moved to LA with and hasn’t seen for three years. Connor and his wife are trying to start a family but are having fertility issues. They are looking into sperm donor options and want Buck to donate his sperm.

Understandably, it throws Buck for a loop and he tries to decide if it’s something he wants to do. He has never truly figured out what he wants for himself and now he is being asked to do something life-changing. But in true fashion when he goes to Hen for advice, he has to consider other things. Like the fact that he is only a donor, not the dad. He must figure out if that is a role he is okay with.

Is Buck making the right choice?

Despite seeming to take in what Hen was saying, Buck ends up saying yes to being a donor. But he notes that he isn’t sure what he wants for his future and that he wants to help them. However, there are so many ways this could go wrong. Genetic screening could bring up the family history of cancer and it would feed into Buck’s insecurities about being seen as having defective parts.

It didn’t escape our notice that the main people Buck didn’t talk to were Maddie, his sister, and Eddie, his best friend. If anyone knows Buck as well as those two, they would be the ones to help him see this might not be the best idea. But hopefully, as this progresses, Buck will realize that saying yes to all possibilities doesn’t necessarily mean he will find happiness.

Can he really step back from a child that is biologically his? Especially when we know he has practically been a father to Christopher, a child who isn’t his but whom Buck adores. While this storyline is sure to be a gut punch for Buck fans, we’re looking forward to seeing how Oliver Stark captures his journey in figuring out if this is the right path for him. 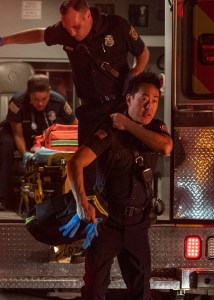 Speaking of the right paths, Hen also is trying to take it easy this week after being captain while Bobby was in Florida. With Bobby back before Athena, he comes back to take over and give Hen some much-needed time off. He also feels bad about how things went for her with being pulled in so many directions. So he tells Hen to take some time off and not to be afraid to say no.

However, Hen isn’t used to taking time to herself and is having a difficult time just resting. She even comes back to work at one point just as an excuse to have company. When Buck comes to talk to her about his personal woes, she is a great ear for him as always, although being drunk, it does show some silliness on their parts.

When Buck talks about her failed test and how amazing of a doctor she would have been, Hen considers asking her professor for another chance. She is determined to try again and prove herself. So she later goes back and asks to redo her exam. Her professor decides to allow her to do a practical exam that will be more hands-on.

Even though she was told to take time off, it’s clear Hen isn’t ready to let go of that dream. Despite Karen telling her she needs to choose, Hen still wants to try again. But is this truly the best decision for her to make? It’s fascinating to see how Buck and Hen have these ideas of what it means to go after something they think will fulfill them in different ways. However, is it right for them?

Eddie learns the growing pains of parenting a pre-teen 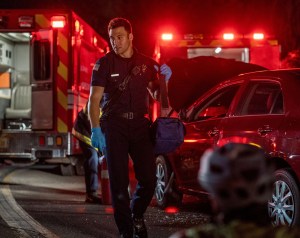 Eddie is also dealing with the woes of parenting a pre-teen. Christopher is wanting to be more independent, but he is lying to his father about his whereabouts. Unhappy with his son, Eddie does ground him for a week but is having trouble handling the idea of Chris not wanting to always spend time with him.

There was a great scene between Eddie and his dad. His dad, having understood how his own actions affected Eddie growing up, gives Eddie some good advice. He can still allow Christopher to be independent while being there for him and allowing him to thrive. It was great to see that their talk in “Hero Complex” last season as led Eddie to be comfortable going to his dad for advice.

Eddie discovers Christopher playing video games without permission. Christopher ends up pushing back too much and Eddie calmly, but sternly, asks him not to talk to him like that. Realizing he went too far, Christopher apologizes. But Eddie does talk to him about his expectations and how he will still try to allow his son to have some independence.

It was great to see this new side of Eddie, learning how to parent a growing boy who just wanted to make his own decisions. It allowed Eddie to figure out how to toe the line between allowing him to do this all while still protecting him the way he always has.

We can’t end our recap without giving props to Maddie. She took on a call that brought back memories of her past relationship. A young girl calls when her dad, who is abusive towards her mother, finds them. After calling 911, Maddie has a hard time figuring out the correct address. Noah steps in to help by finding other possible calls made for the noise occurring.

Maddie is able to help the young girl long enough for the police to arrive. With the father in custody, Maddie continues to help them. She brings an immigration lawyer to assist the girl and her mom. It was such an amazing moment for Maddie, to help them get through this tough time.

One humorous moment that came was after the team went to a sorority house. At the house, a party went awry when a dog overdosed. The team decided to call Hen, and by extension Buck. They both were drinking but managed to help. This was to get the correct dose of medicine for the canine. Bobby ended up taking the dog in. And then promptly adopted it. We’ll have to see what Athena thinks about this, that’s for sure.

We’re looking forward to finding out how the 118 family will do with the arcs going on in their lives. Let us know what you thought of 911 on FOX 6×04 “Animal Instincts” in the comments below.