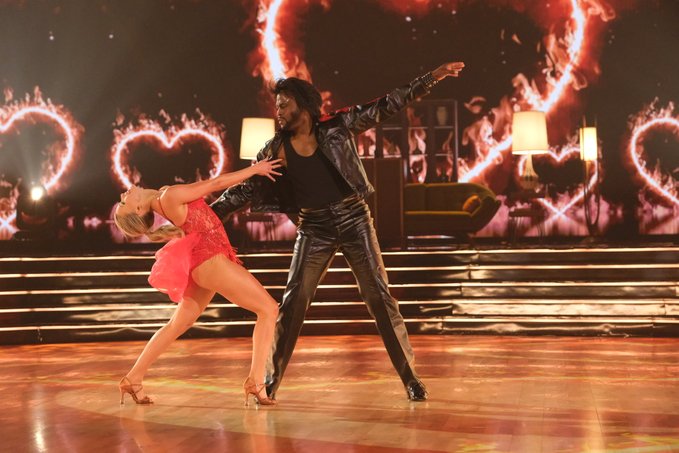 DWTS Elvis Night had the Season 31 cast shaking, rattling, and rolling to the classic songs that have been a hit for decades. Celebrating the music of Elvis Presley, everyone got to enjoy themselves for a night filled with fun and electrifying performances. Of course, there was some drama in terms of COVID claiming one of the pros. However, the couples took everything in stride and worked together to have an amazing night of fun!

DWTS Elvis Night finds a dancer out with COVID 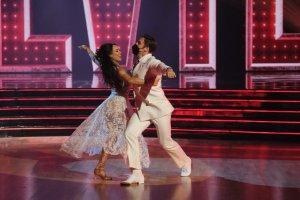 Daniella Karagach, unfortunately, tested positive for COVID just before the big night. Dance trouper Alexis Warr Burton took over to dance with her partner, Joe Baena. To both their credit, they did a great job despite the change in partners and had a decent score of 24/40. We just know Daniella would be proud! This isn’t the second time the show has dealt with this. Last season, Cheryl Burke contracted COVID and missed two episodes, having to perform from home instead of in person with her partner at the time.

On a night filled with performances of songs such as “Jailhouse Rock” and “Can’t Help Falling In Love With You,” we got scores over 20, with the lowest score from Cheryl Ladd and Louis Van Amstel. They ended up in the bottom two with Teresa Guidice and Pasha Pashkov. On the flip side, a few couples shared the lead with 32 points out of a total of 40. When it came time for elimination, it was sad to see yet another couple go, but we’re always eager to see who made it!

As a reminder, when it comes to voting, the judges choose who they will save, with Len Goodman getting an extra vote as head judge. This was confusing last year and is still hard to follow, but this is how it is being done.

Breaking down the dances. 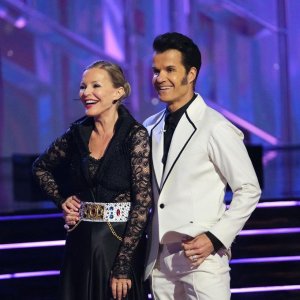 Unfortunately, Teresa and Pashkov were not selected to continue. We wish Teresa all the best and are happy to have gotten the chance to see her dance, even if it was just for a short time!

Check out the scores below and which dances each celebrity danced to with their pro partner. Plus, make sure to tune in next time in order to vote for your favorite. This will make sure they go further into the competition!

Joseph Baena and Alexis Warr’s Foxtrot to “Trouble” earned them a score of 25/40.

Selma Blair and Sasha Farber’s Jive to “Jailhouse Rock” earned them a score of 28/40.

Wayne Brady and Witney Carson killed it with a Jive to “Burning Love,” earning them a 32/40.

Sam Champion and Cheryl Burke’s Vienesse Waltz to “Heartbreak Hotel” brought them a score of 26/40.

Charli D’Amelio and Mark Ballas, once again, showed off their amazing moves with a Quickstep to “Bossa Nova Baby,” which gave them a 32/40.

Heidi D’Amelio and Artem Chigvintsev’s Foxtrot to “Suspicious Minds” earned them a score of 28/40.

Jessie James Decker and Alan Bersten impressed the judges with her improvements to a Foxtrot set to “Trouble,” which earned them a 25/40.

Elvis Night had some good scores for the contestants. 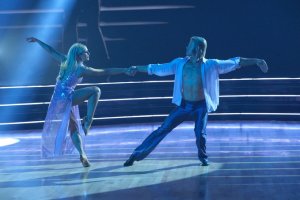 Trevor Donovan and Emma Slater’s steamy Rumba to “Always On My Mind” earned them a score of 30/40.

Daniel Durant and Britt Stewart’s Jive to “King Creole” got them a score of 29/30.

Teresa Guidice and Pasha Pashkov’s Jive to “All Shook Up” earned them a score of 23/40.

Vinny Guadagnino and Koko Iwasaki impressed the judges with their Quickstep to “Viva Las Vegas,” obtaining a score of 27/40.

Cheryl Ladd and Louis van Amstel’s Tango to “A Little Less Conversation” earned them a score of 21/40. This was the lowest of the night.

Shangela and Gleb Savchenko did the Quickstep to “Shake, Rattle, and Roll,” which they received a 28/40 for as their score.

Jordin Sparks and Brandon Armstrong’s Quickstep to “Hound Dog” was impressive and earned them a score of 27/40.

Gabby Windey and Val Chmerkovskiy’s Vienesse Waltz to “Can’t Help Falling In Love” gave them a score of 32/40.

Who are you rooting for as the weeks go on and we’ve seen more from the couples? Let us know in the comments below. Plus, how did you feel about DWTS Elvis Night? Find us on social media for more content.