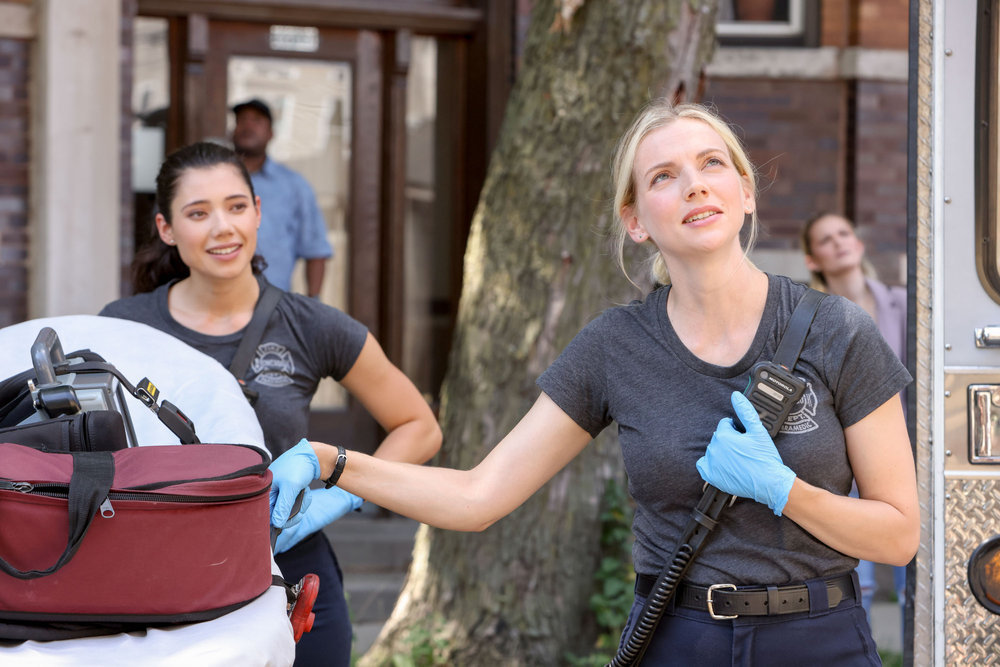 I was so excited for this series to return and it was probably the one I was most anticipating out of the One Chicago series. And it certainly didn’t disappoint. We got our honeymoon, even if it was interrupted. Which was really all I was waiting for, to be honest. But there was so much more that this season premiere had to offer. Awkward situations, ruined weddings on top of ruined honeymoons, and dudes falling off a roof. So keep reading for my Chicago Fire 11×01 review!

I just knew that Severide and Stella’s honeymoon was going to be interrupted. Even if they hadn’t shown clues or previews of it. Because that’s how this show rolls. And I was completely ready to be super pissed off about it. Except, it was done kind of amazingly. And in the end,  I was not only okay with how their honeymoon got interrupted, but it was also kind of awesome. Besides, I have no doubt that Severide and Stella will find another little getaway again soon. They can go out on the water and have a romantic weekend away. Now that they are married, I have no doubt they will find plenty of time to go and be alone together. But this kind of played out like a horror movie and I was more than a little her for it. 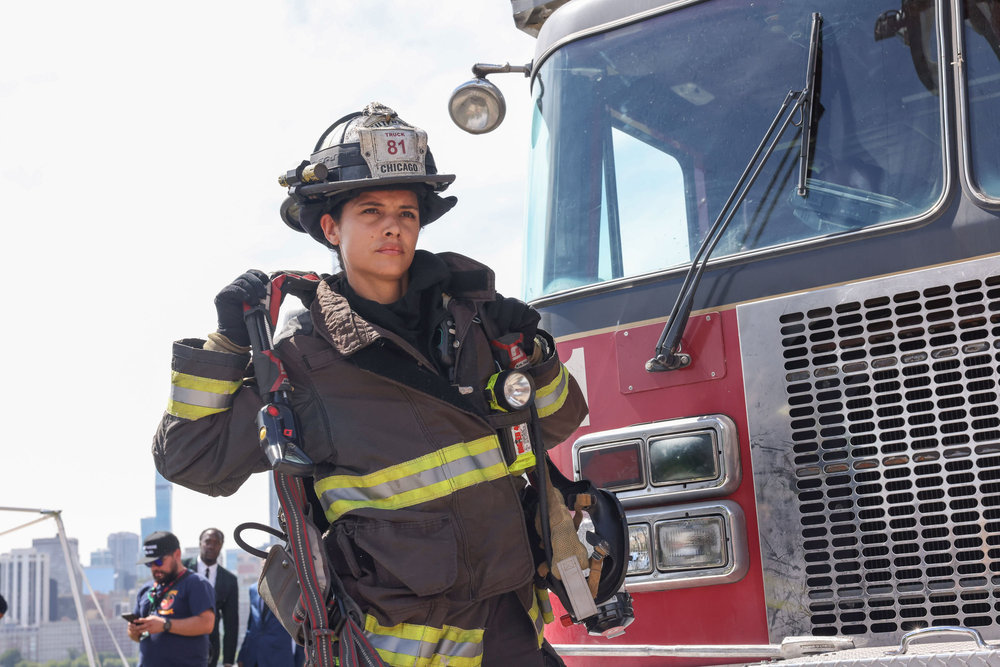 Stella refusing to leave Severide and the way that his only concern was protecting her had me all in my feels. Because it perfectly showed how independent and tough they both are. But also how much better they are together. And it had me asking how they have managed to go this long without getting married before. And the way Severide was able to think things through on his own and tell Stella that they are a “we” now was so freaking sweet. She wasn’t upset about it but Severide decided that he needed to think about things differently now that they are married. And I love him all the more for it. He has done so much growing, especially since he got together with Stella and he never ceases to impress me and make me proud.

I’m not sure what to think about Boden and how he didn’t really seem to take Stella’s opinion or leadership into account. While only time will tell if she is right about Carver, I was a little surprised Boden didn’t even take Stella’s opinion into consideration. They have known each other for a long time. And I know that it’s ultimately Boden’s call and that Stella should also trust his judgment. But it just seems like they weren’t listening to each other. As for Carver, I’m not really sure how I feel about him. If Stella thinks he’s trouble or has a bad vibe about him, I’m kind of inclined to side with her. I’m trying to reserve judgment and give him the benefit of the doubt but that’s going to be difficult if Stella isn’t a fan.

I don’t know that I’ve seen Severide that upset. At least not for a very long time. But when he got so emotional talking to Hailey about what happened, it really had me pausing. I know he’s been more in touch with his feelings since he’s been with Stella, but I was surprised to hear his voice crack like that when talking about it. And I think Hailey was surprised about it as well. And while it didn’t seem like it went his way, I think Severide made the right judgment call in going to Hailey to talk about it. Even if she wasn’t able to directly with what was going on, I’m sure it felt good to at least be able to express himself to a cop that he knows he can trust.

It was very strange seeing Kyle come back around. Not only because of the way he and Sylvie left things when they saw each other the last time before. To be honest, I kind of thought he was coming back around to see if he could convince Sylvie to give him another shot. And that certainly would have been awkward. But then it got even more awkward than I could have imagined with him telling Sylvie about being with someone new. Why? That’s such a strange thing to do. Maybe it’s because I can’t fathom being friends with an ex, especially an ex-fiancee. But it still seemed weird to me. And then there was the situation between Violet and Hawkins. That was one hell of a big awkward. At first, at least. But then things rapidly improved and became adorable. 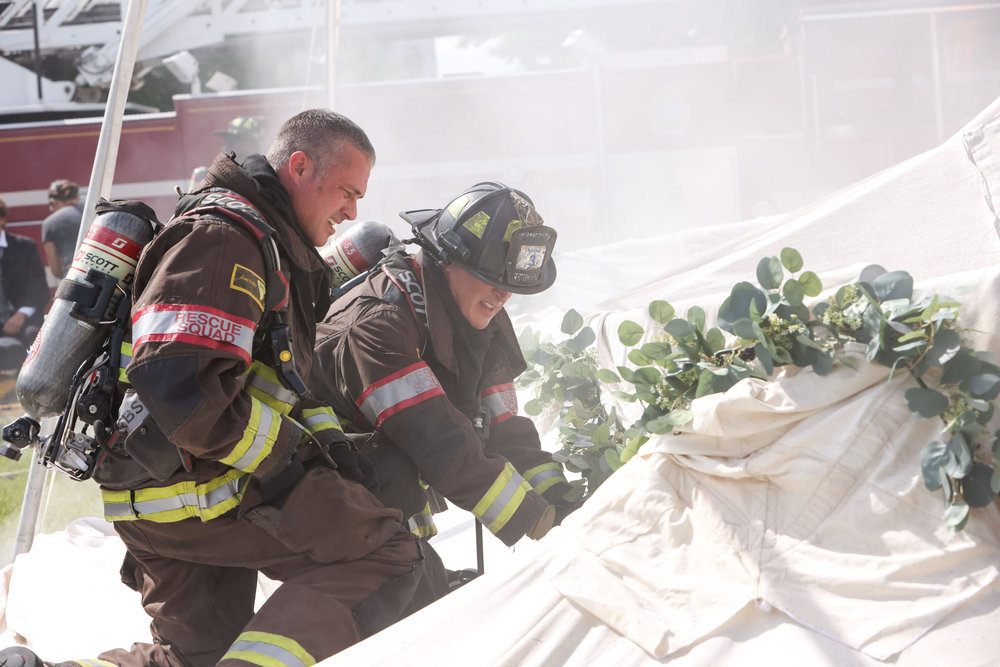 What did you think of Chicago Fire 11×01? Were you upset about Stella and Severide’s honeymoon being interrupted? Or did you ultimately find it a good thing as we did? What did you think about the situation with Hawkins and Violet? Are you happy to see them together? What about the conversation Brett had with Casey over the phone? Will they be able to work things out? Or is it time for them to call it quits? You can find and follow me on Twitter @Sarah_Jeanne17 to discuss all things Chicago Fire! And you can find the site on Twitter @capeandcastle. Be sure to check out our site as well for more content on all things Disney and beyond!